A vitamin D deficiency is said to have a negative effect on the course of a corona infection. There are studies on this. However, experts doubt this.&nbsp; A vitamin D deficiency is said to have a negative effect on the course of a corona infection.

There are studies on this.

However, experts doubt this.

Vitamin D strengthens the immune system. In recent months, scientists and doctors have repeatedly claimed that a deficiency even

and worsens the course of the disease. Accordingly, many patients were advised to take vitamin D tablets daily. But be careful: It can quickly lead to a dangerous

addition, there is still no reliable evidence

for the claim that vitamin D

30 percent of Germans suffer from a vitamin D deficiency.

What effects can this have in the event of a corona infection?

The Federal Institute for Risk Assessments and the German Nutrition Society point out that the current studies have not yet provided any valuable information.

Therefore, one should not rely on a regular vitamin D intake really protecting against

Study: This is how vitamin D deficiency influences the course of corona

Especially in winter, the lack of

in many people, as many people stay in closed rooms and hardly go outside.

Some studies have already indicated that a

could affect and even worsen the course of the coronavirus.

examined the course of the disease and the vitamin D status of a total of 780 corona patients.

The researchers found that deficiency

reports, the risk of a fatal course is 19 times higher than normal vitamin D levels. Health expert of the SPD, Karl Lauterbach, these results are hardly surprising - he already explained on

, 212 corona infected people were divided into groups based on the severity of the disease (mild, average, severe and critical) and the

were examined in more detail.

The result of this study shows: the lower the vitamin D value, the more severe the disease.

With this finding, it was finally possible to confirm that vitamin D has a significant influence on the

? Some studies suggest that a vitamin D deficiency

a severe course of

. According to the Robert Koch Institute, older people, especially those who live in nursing homes, are at risk for a vitamin D deficiency. Among other things because they are immobile, chronically ill or in need of care. But the self-production of vitamin D also decreases with age.

is not advisable, because excessive intake of vitamin D can lead to

. The reason: Vitamin D is a fat-soluble vitamin and can be stored in fat and muscle tissue. If the dose of vitamin D is too high, an increased "calcium level (hypercalcemia) occurs in the body, which can acutely lead to nausea, loss of appetite, abdominal cramps, vomiting or, in severe cases, kidney damage, cardiac arrhythmias, unconsciousness and death", according to the RKI.

is possible only by high-dose drugs, a high consumption of fortified foods or a combination of the variants according to the RKI.

If you want to know if you have a

, you can find out by doing a blood test at the doctor's.

A corona study shows that many sick people only have an inconspicuous complaint.

Does vitamin D protect against a severe corona course?

How much does a

the course of a

indicate that many patients with severe Covid-19 illnesses also suffered from a vitamin D deficiency.

appears to be convinced of these studies.

As the British newspaper The Guardian reports, the government around Prime Minister Boris Johnson apparently wants to recommend the use of dietary supplements.

This is already the case in Scotland.

Many Germans suffer from a deficiency of the so-called "sun vitamin".

According to studies by the

, “30.2% of adults are insufficiently supplied with vitamin D.

38.4% of adults achieve adequate care. ”The study is from 2016 and was published in the“ Journal of Health Monitoring ”.

disease infection and a lack of

But does this really lead to the conclusion that vitamin D deficiency is a cause of such a dire course of the disease?

Or is it just a

A current study from Spain shows that around 80 percent of Covid 19 patients treated in hospital also suffer from a vitamin D deficiency.

It remains unclear, however, whether the vitamin D deficiency is the cause of the more severe Covid course, whether it favors it or whether the deficiency only arose as a result of the coronavirus infection.

The study was published in the Journal of Clinical Endocrinology & Metabolism.

The assumption that taking

could help, has been circulating since the outbreak of the pandemic - in WhatsApp chain letters and other social networks.

Not what should be classed as a reliable source.

The German health portal, a startup that promises to make the latest scientific findings accessible in understandable language, has reported on such a study.

The original title is: "Association of Vitamin D Status and Other Clinical Characteristics With Covid-19 Test Results".

deficiency was linked to a higher risk of

Hans K. Biesalski from the University of Hohenheim and his team compared 30 studies and found a possible link between a lack of vitamin D and a severe course of Covid-19 *.

As a result, the risk of developing severe

But this is exactly the pitfall, because such a connection does not mean that a

a cause of a severe

Because many underlying diseases are associated with a deficiency in vitamin D and older people also increasingly show such a deficiency.

Both are among the risk groups for

lists the following groups as risk groups for a vitamin D deficiency:

a symptom and side effect of the underlying vulnerability, but not a cause of a particularly severe course of

Because people with a vitamin D deficiency are often in the risk group for infectious diseases.

This means that tips on swallowing vitamin D supplements in order not to contract Covid-19 are negligent.

The source for this is a report by SWR3.

Vitamin D: important for the immune system and health - and possibly with a corona infection

is important for health and the immune system.

, the formation of vitamin D is only possible from March to October, i.e. in the light months.

According to the RKI, you should expose your face, hands and arms to the sun two to three times a week between March and October, uncovered and without sun protection.

Half the time in which sunburn could otherwise occur is sufficient.

Because if you stay in the sun for a long time, sun protection must be guaranteed.

According to the RKI, another possibility - if a healthy vitamin D level is not given by self-production or diet - is dietary supplements.

According to the RKI, this restriction is essential because too high a vitamin D intake can lead to an overdose - poisoning that can lead to nausea, vomiting, but also serious consequences such as kidney damage, cardiac arrhythmias, unconsciousness or even death.

So far it has been said that pregnant women do not belong to the corona risk group *.

With vitamin D against corona: Deficiency can have fatal consequences

With vitamin D against corona: Certain deficiencies can have fatal consequences

Can vitamin D really protect against corona infection? Doubts about studies are being raised

With vitamin D against corona: A deficiency can have fatal consequences Vitamin D pills against corona? Federal institute recommends taking it - but not for everyone 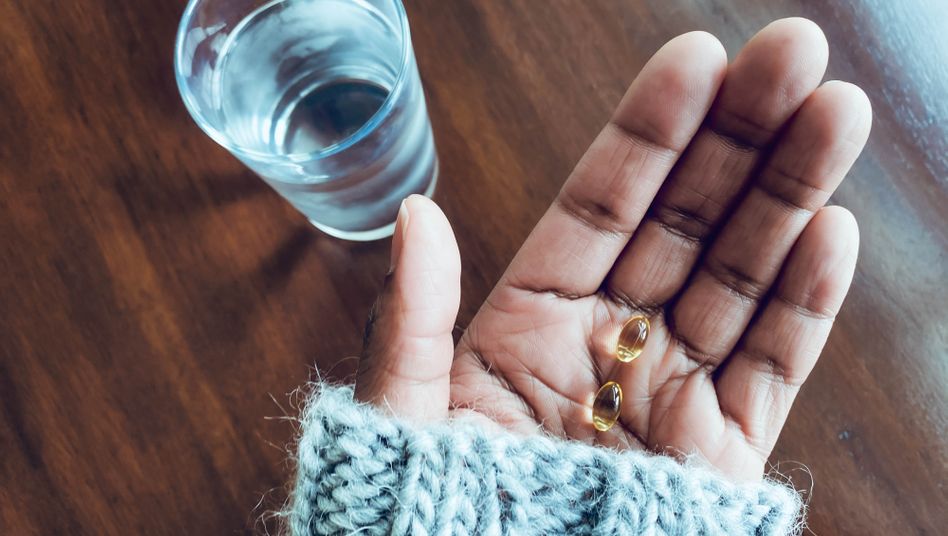 Coronavirus: There is no evidence of vitamin D effectiveness against Covid