A rabbit infected with rabbit plague (tularemia) was found in Bavaria. The authorities are alarmed because the disease can also be dangerous for people. A rabbit infected with rabbit plague (tularemia) was found in Bavaria.

The authorities are alarmed because the disease can also be dangerous for people.

Munich - The State Office for Health and Food Safety (LGL) is not only concerned with the coronavirus *.

Infections in animals are also part of her field of work.

Because dangerous diseases such as tularemia, also known as "rabbit plague", continue to spread among our four-legged friends.

This occurs mainly in wild rodents.

Hares are mostly affected, but mice, rats or squirrels can also carry the pathogen, warns the LGL.

These can also infect other forest dwellers such as deer, wolves or birds.

The transmission takes place, among other things, through the animals themselves, i.e. through touch, bites or excrement.

But stinging insects, especially ticks, can transmit the disease.

Rabbit plague in Bavaria: 45 cases in over 25 Bavarian districts in 2020

Therefore, several districts are on alert because of recurrent cases.

Last year alone, 45 cases of brown hares were detected in over 25 districts in Bavaria.

One of the latest cases has now occurred in the Cham district.

As the local district office announced, an infestation in a rabbit was detected on Tuesday (April 4).

They also lose weight and their fur becomes shaggy.

Furthermore, they lose their shyness in the process.

Until she finally wears off the disease.

But even after death, the animals are still contagious.

The carcasses therefore still pose a great risk of infection.

And this is where the human problems come into play.

Because even he is not immune from the disease.

"The illness begins with unspecific, flu-like symptoms such as headache and body aches, fever, chills and fatigue," said the state office.

Furthermore, the lymph nodes swell and suppurate, and inflammation of the mouth, throat and throat can also occur.

In severe cases, the body is completely infected and organ failure - and thus death.

Humans can become infected with living animals as well as the dead.

But also the excretions of the rodent can transmit the rabbit plague.

In particular, hunters who skin the animals and come into contact with their entrails are therefore at high risk of infection.

But cooks, butchers and veterinarians are also infected by handling game.

There is also a risk for farmers, as already infected water, a bite or "infectious dust" can lead to illness.

Rabbit plague in Bavaria: Only a few germs in the wrong place are necessary for human infection

"Only a few germs (10 - 50 bacteria) are necessary for an infection via the mouth, nose, eyelid conjunctiva or small skin and mucous membrane injuries," warns the LGL. There is therefore another risk for dog owners. Because if the pet eats an infected rodent, it can pass the bacteria on to the owner. As

, dog owners are required to wash their paws or snouts after contact with dead hares or rabbits.

According to the state office, 72 people across Germany were infected with rabbit plague last year, 18 of them in Bavaria.

As a rule, the incubation period after infection, i.e. from infection to the first symptoms, lasts three to ten days.

The illness itself then lasts for about two to three weeks, followed by a longer period of time for full recovery.

Rabbit plague in Bavaria: this is how you can protect yourself

To protect against infection, the State Office advises avoiding unprotected contact with wild animals and the carcasses of wild animals. In addition, compliance with industrial and kitchen hygiene when handling game, both dead and alive, is recommended. The game meat should also be well cooked for consumption. 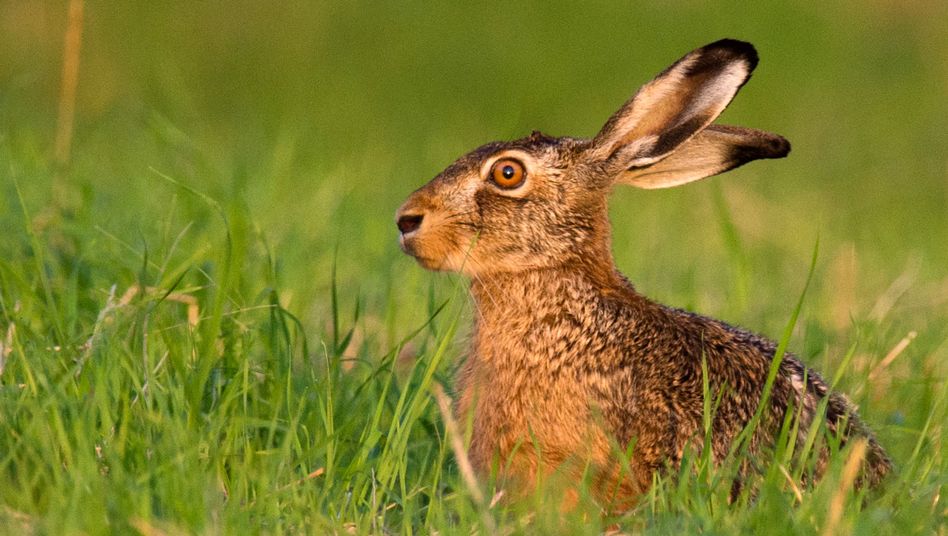