Yuen Long Station 721︱ Lin Cheuk Ting gave up claiming compensation from Tang Pingqiang in custody, "It is too expensive to fight for justice in this way"

Former Democratic Party member of the Legislative Council, Lin Cheuk Ting, was attacked in the 721 incident at Yuen Long Station in the previous year. After the incident, he, together with eight members of the party’s Central Committee, Zhuang Ronghui and Xian Zhuolan, filed a civil claim with the Commissioner of Police Deng Bingqiang. However, currently due to 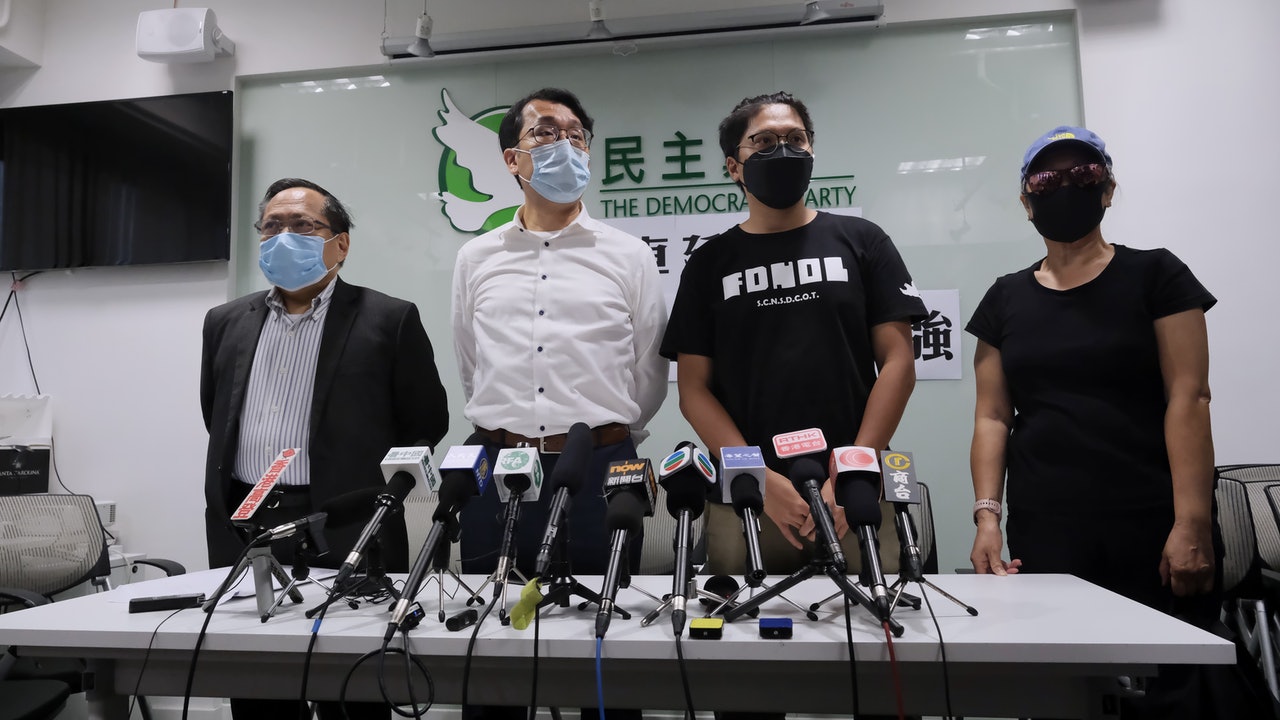 Former Democratic Party member of the Legislative Council, Lin Cheuk Ting, was attacked in the 721 incident at Yuen Long Station in the previous year. After the incident, he, together with eight members of the party’s Central Committee, Zhuang Ronghui and Xian Zhuolan, filed a civil claim with the Commissioner of Police Deng Bingqiang.

However, Lin Zhuoting, who is currently being remanded for violating the National Security Law, decided to terminate the claim after consulting legal opinions and other plaintiffs.

Zhuang Ronghui held a press conference today (5th), saying that after Lin Zhuoting thought about his freedom and the current political situation in Hong Kong, he believed that the claim would be difficult to continue. He hoped that the termination of the case would free up resources for the "612 Humanitarian Support Fund" to help more other people in need. person.

Lin Zhuoting, a member of the lawyer team and former chairman of the Democratic Party, quoted Lin Zhuoting as saying, "If you spend this way, it will be too expensive to fight for justice." Therefore, he will try his best to fight for truth through testimony when defending against 721 riots in the future.

He Junren said frankly that they must pay court fees to stop the case, but there is no way. They expect to pay at least several hundred thousand yuan.

Zhuang Ronghui said at the press conference that he believes that the 721 incident is right and wrong. He emphasized that Lin Zhuoting will continue to defend himself against the 721 riot and disclose the charges of the ICAC investigation 721, and will continue to deal with the case of He Junyao accused of defamation. .

He Junren pointed out that the lawyer team has three barristers. When they started to study the case, everyone was very clear that they hoped that justice can be obtained through litigation. The purpose is to make the police disclose the facts that are still concealed. However, the legal liability for compensation from the police is also very high. It is important because they have to prove their negligence, but after research, they believe that there is a reasonable chance of winning.

He mentioned that the police had long expected that the police would do their best to reply because the incident involved the face of the government. However, the senior counsel on the government side has repeatedly applied for an extension. Even though Lin Cheuk Ting’s team of lawyers has tried their best to calculate a reasonable price, they will have to pay if they lose. Costs are also huge, but it took the other party more than a year to complete the statement of defense. After that, the Attorney General applied to withdraw their claims. It is estimated that it will take another year. If the judgment is not good for the government, the appeal will continue, at least It took more than two years.

He Junren pointed out that Lin Zhuoting did not decide to terminate the case under political pressure, but considered that he would have difficulty coping with it, and that if he lost the case, he would not be able to "cover the bottom" of the costs for other plaintiffs in the future.

He Junren: It was not terminated by political pressure

He Junren said that Lin Zhuoting currently has 7 to 8 cases. He has already been exhausted during the process, and it is even more difficult to see a lawyer. It is estimated that his mental exhaustion is very high, and whether the case can still obtain the documents from the police after two years. It is an unknown number, and the cost is high. Lin Zhuoting was quoted as saying: "It is too expensive to spend to fight for justice like this."

He Junren said that Lin Zhuoting did not decide to terminate the case under political pressure, but was concerned that he could not cope with it, and that if he lost the case, he would not be able to "cover the bottom" of the costs for other plaintiffs in the future.

Xian Zhuolan pointed out that the Department of Justice has used various judicial steps in this case, including applications for weeding out the case, and the process of hiring many senior lawyers to write the statement of defense. This has caused huge financial pressure on the case. Fifty boards."

When asked if he would deny that the government was dealing with them through a large amount of resources, He Junren responded that he had expected the government to exhaust its methods, but questioned that the government had accused others of losing the lawsuit from time to time and spent public money, but no one was held accountable. They will definitely use up their advantages as those in power and "sue the ditch when they are in depression."

He emphasized that the government's previous style was not the case, and he pointed out that some illegal assembly cases were brought to the District Court earlier, which is different from direct fines.

He pointed out that when he was studying law, the class also taught the prosecutor’s most important task, which is to keep the trial fair, but the prosecutors in Hong Kong now try to sue all cases. They seem to regard conviction as the most important thing, and they have to fight for the highest penalty. , To describe the technique as high-pressure and hostile.

As for the amount of compensation for terminating the case, Ho Chun-jen said that in the past, if it was just a statement of defense, it would not have to pay too much, but this time it will have to wait for the opposite party to file a claim for legal costs.

721 Incident | Zhuang Ronghui is dissatisfied that he has not been arranged to testify in the court, Lin Zhuoting approves the police for investigation 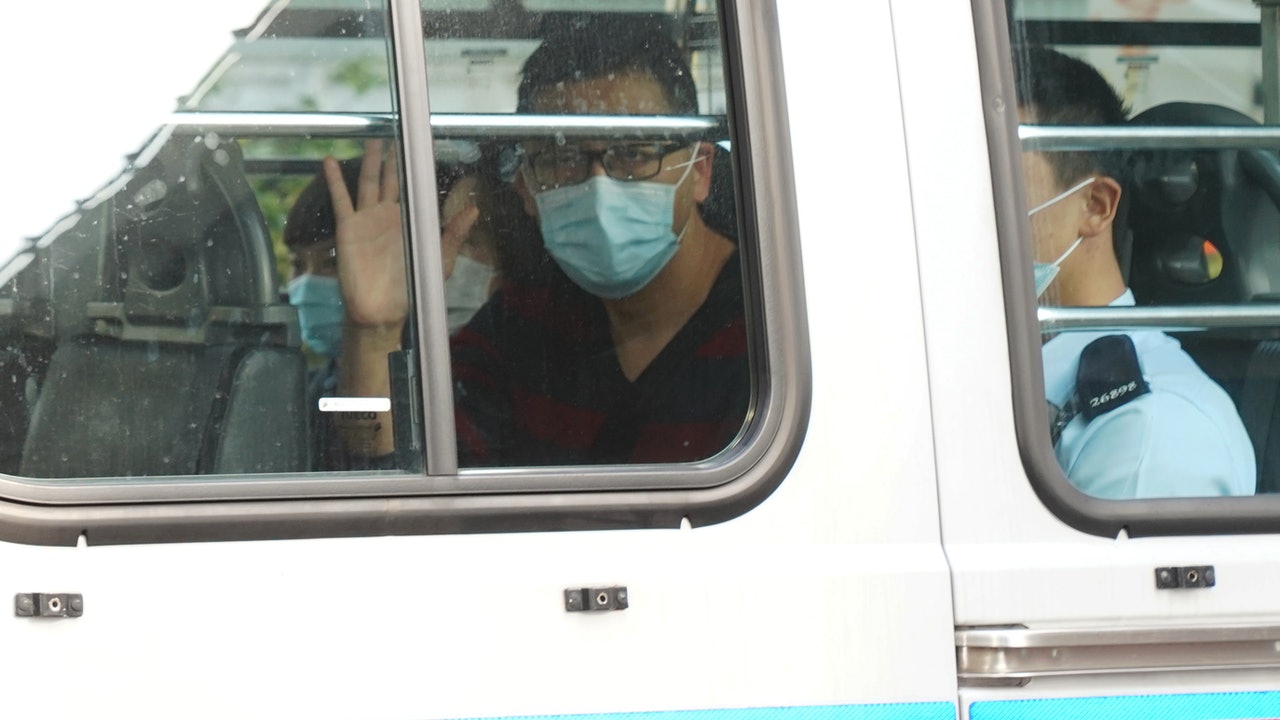 Lin Zhuoting's letter in prison: heartbroken for his comrades in prison, hope that everyone will stay hopeful and no longer be lonely 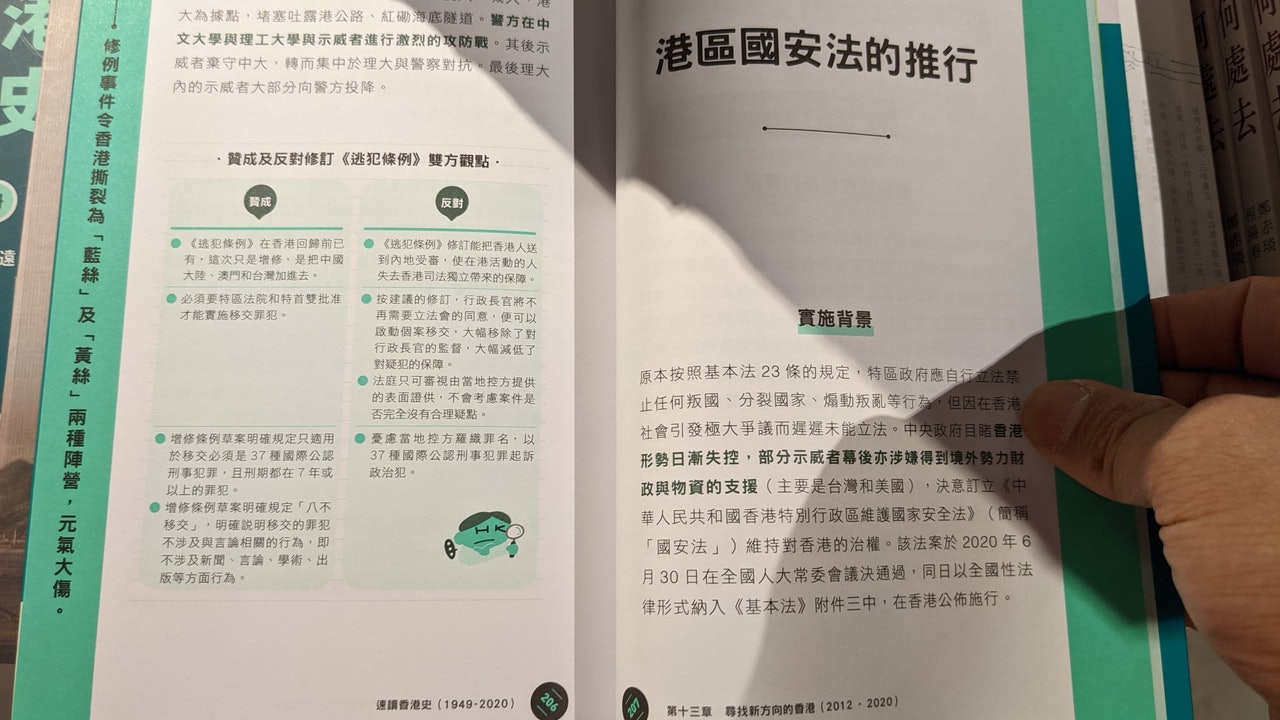 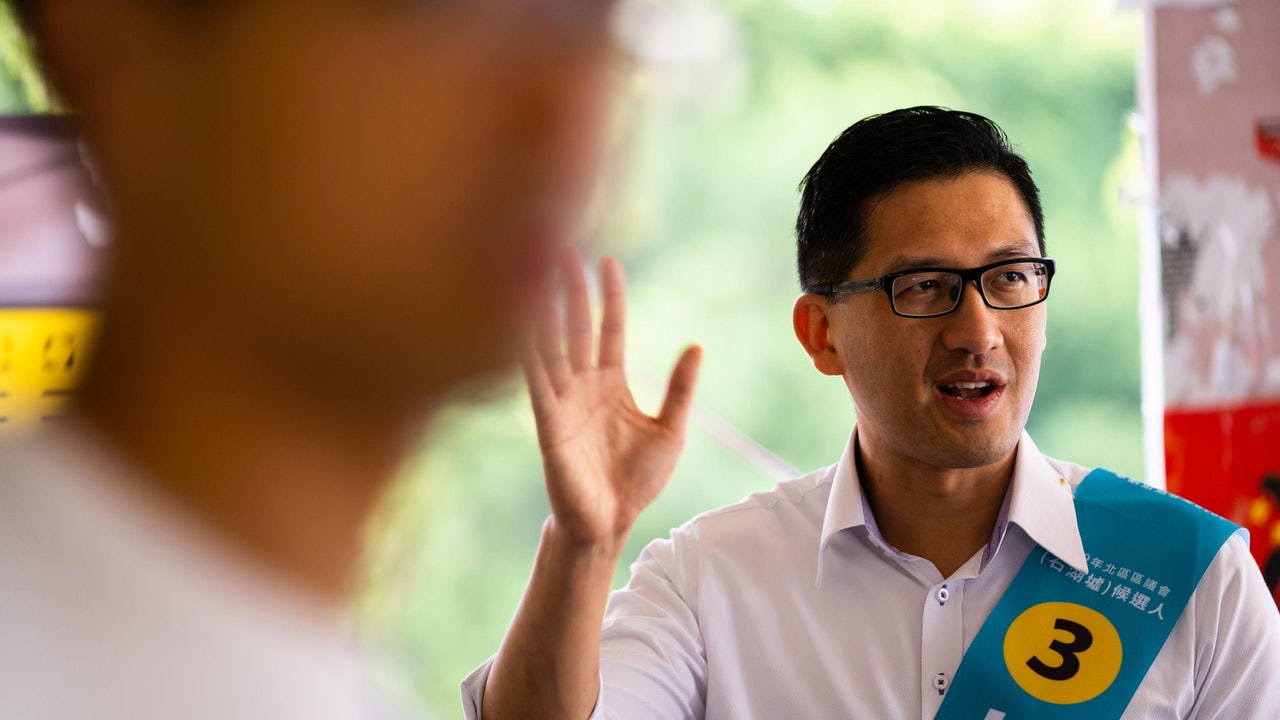 Lin Zhuoting wrote a letter to his mother in prison, lamenting that he had not fulfilled his filial piety, closed his eyes and looked up to the sky for fear of tears

Yuen Long Station 721︱ Lin Cheuk Ting gave up claiming compensation from Tang Pingqiang in custody, "It is too expensive to fight for justice in this way" 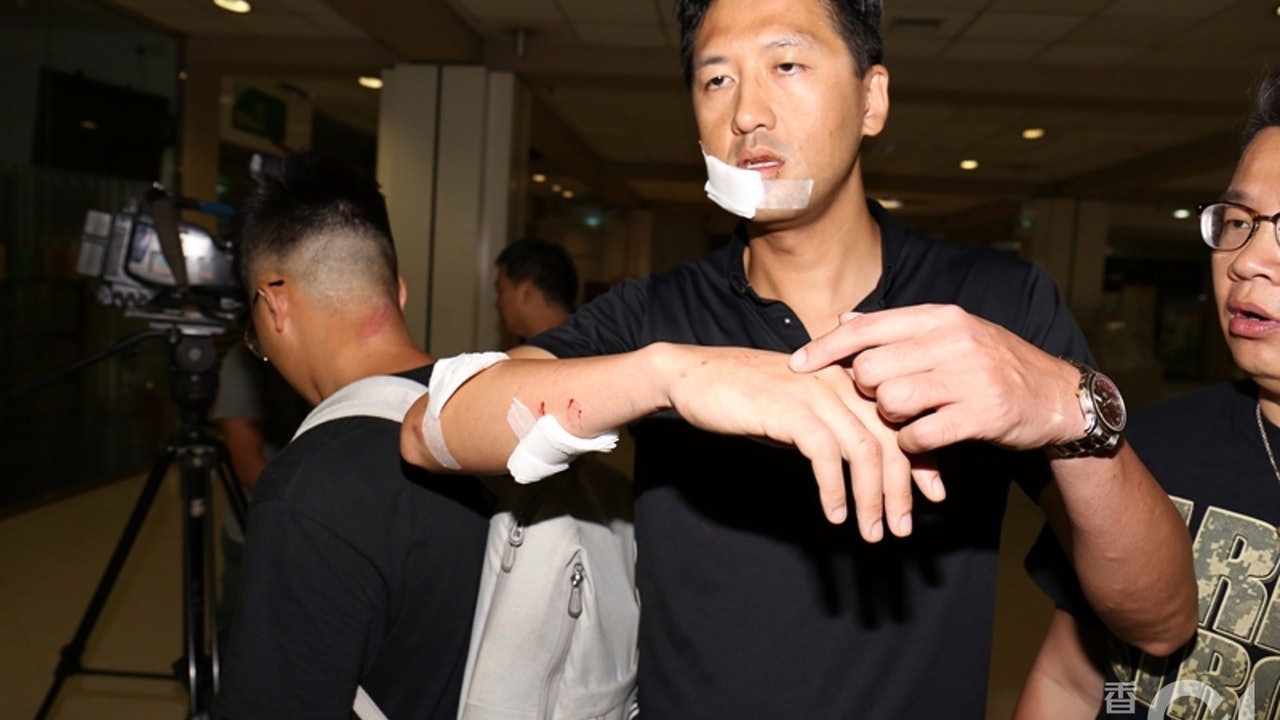 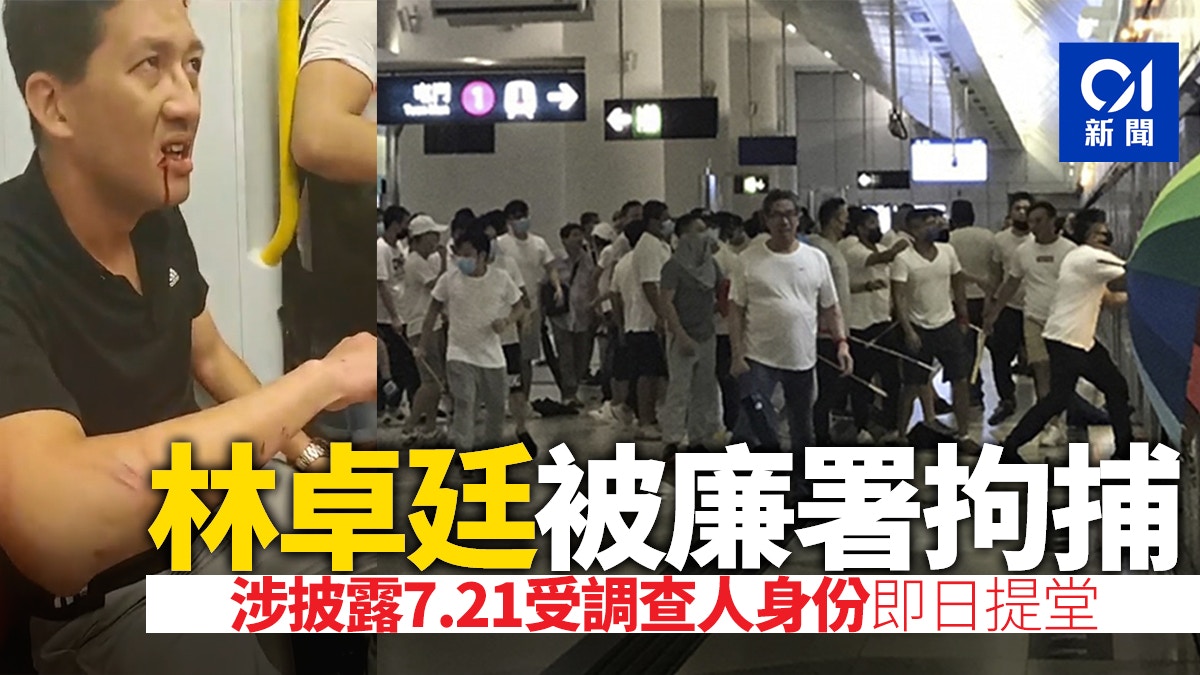 Lin Cheuk Ting was arrested by the ICAC for disclosing the identity of the 721 under investigation. The Eastern Magistracy will appear in the afternoon 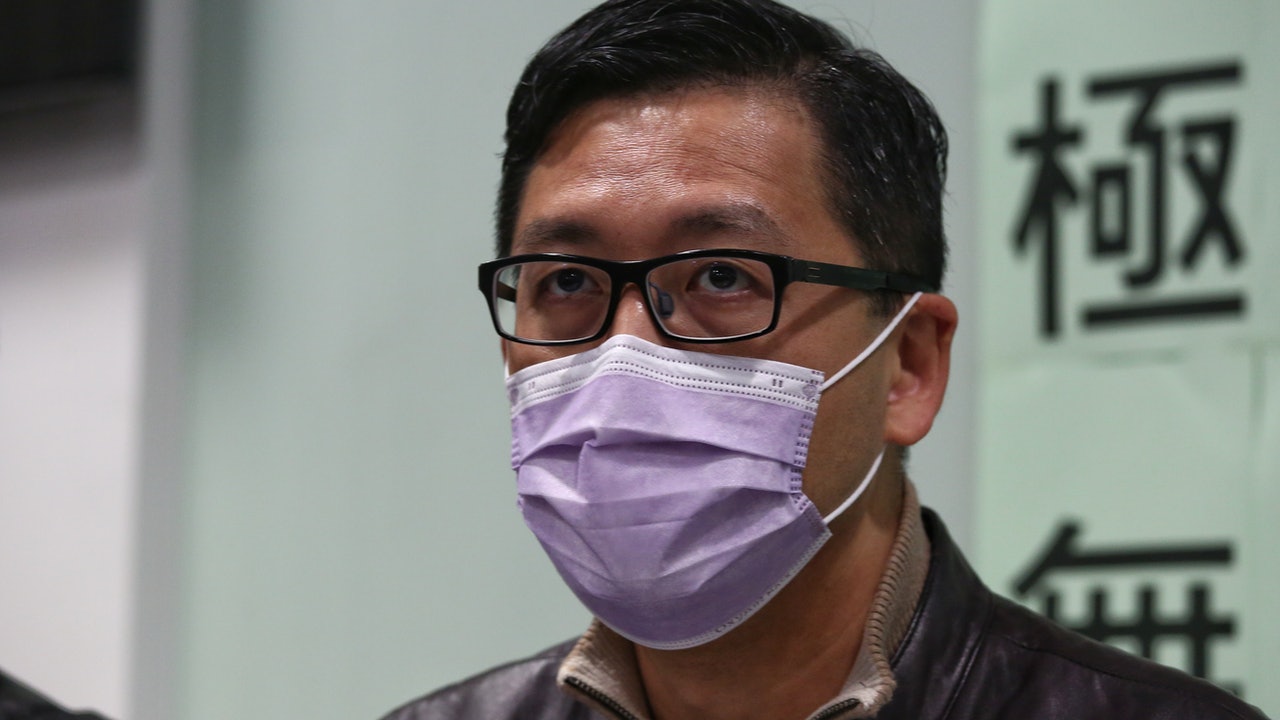 Lin Zhuoting sold more than ten million self-occupied properties to cash out, which is referred to as meeting family and legal expenses and not leaving Hong Kong 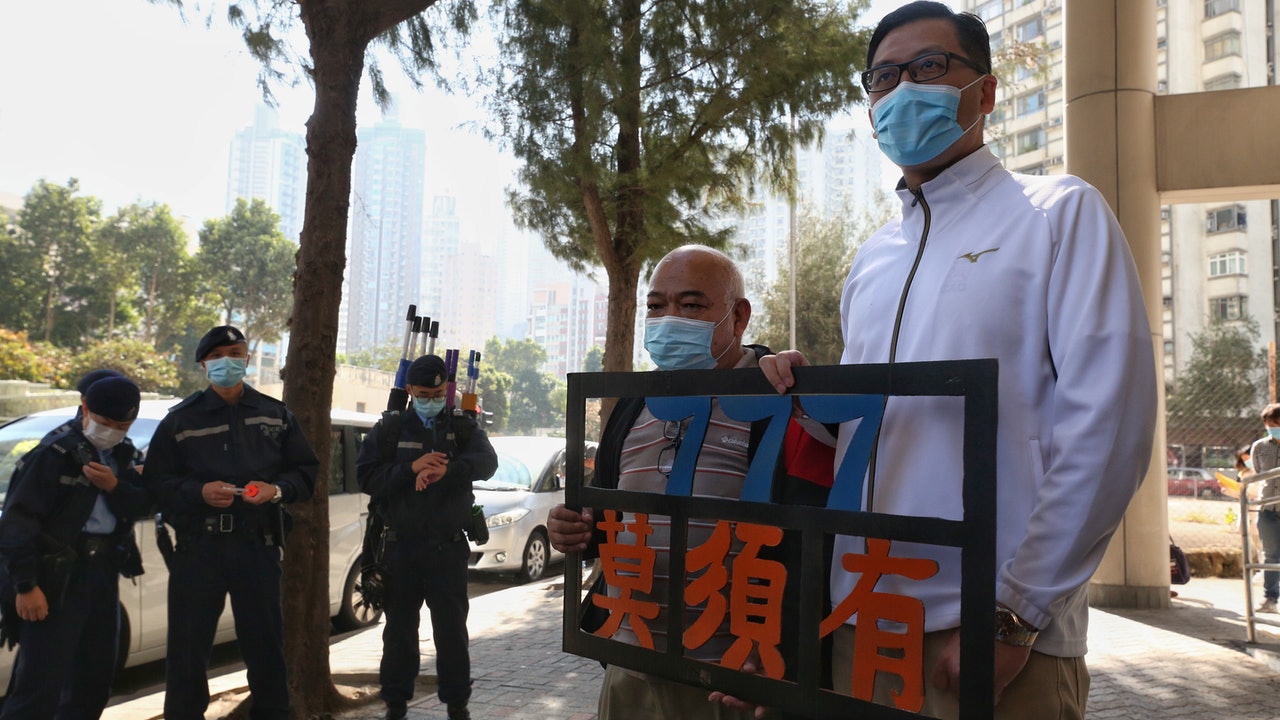