'Stahlratte', the fishing boat that crosses the Atlantic with seven Zapatistas on board

The ship, built in the Netherlands in 1903, has sailed the Mediterranean, the North Sea or the Baltic, has provided services to Greenpeace and has transferred motorcyclists through the Caribbean 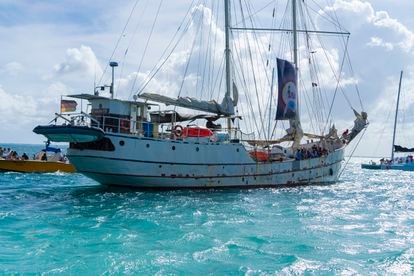 The Zapatista delegation sets sail for Europe, in the 'Stahlratte', this Sunday.Gladys Serrano

In one of the docks of Isla Mujeres, in the Mexican Caribbean, the last week there was a presence that went unnoticed by tourists, but not by the inhabitants of the place.

A white sailboat with peeling paint suddenly attracted the attention of journalists and photographers who came looking for it.

“Why?” Asked José this Sunday, an islander who could not believe the attention that the centennial ship received.

This man had the order not to let the press pass to the dock and he strictly complied with it.

Just minutes before 4:00 p.m., the media were able to approach the boat to see seven Zapatistas who had been waiting inside the ship for a day and a half to leave for Europe.

The ship finally pulled away and the name of the ship was read from the dock:

The ship was built at the beginning of the last century, in 1903, in the Netherlands. The first name she received was

. The fishing boat, almost 40 meters long and more than six wide, was registered in a port in that country, first, and then had different owners in Norway and Germany. In 1963, a 280 horsepower four-cylinder engine was installed, which is what it currently has. The masts and sails were not fitted until the 1980s, when the ship was acquired by a non-profit organization, the Association for the Promotion of Sailing, which is the current owner of the ship. In those years, it received the current name,

, steel rat in German. Members of the Zapatista Army of National Liberation have renamed it

for their international tour

"A mountain sailing against the grain of history," wrote Subcomandante Galeano, formerly Subcomandante Marcos, in a statement released before the ship set sail on May 2 from America to Europe.

The historic Zapatista spokesman, who ceded command to Subcomandante Moisés in 2014, referred to the mountains of southeastern Mexico, in the State of Chiapas, where the political and military movement began in the 1990s. It highlighted the inequalities in which the majority of the country's indigenous population lived.

And where the delegation that now crosses the Atlantic prepared for six months in a replica of the original boat.

The Zapatista delegation on the sailboat, on the left, and Subcomandante Moisés with the captain, on the right.

left this Sunday. He has on board a delegation of seven militiamen from the Zapatista Army of National Liberation that hopes to disembark on the coasts of Galicia and begin a tour of more than 20 countries. Fifty people saw him set sail from the dock. "AND! Z! L! N! ”, They chanted as the crew, which is made up of four Germans and a Colombian, dropped moorings. Leaning on the edge, were the seven militiamen, Mexicans between 19 and 57 years old. From the shore, the same entertainer who was shouting free tequila the previous afternoon, dismissed the Zapatista squad over the loudspeaker.

The ship thus began a journey across the Atlantic that it had already made on other occasions, according to the website of the vessel. In its 100-year history, the ship has also sailed the Mediterranean, the North Sea, the Baltic and the Caribbean. In 2004, he started a round-the-world tour "that really didn't work out." And from then on, it was used to make tourist trips through Panama, Colombia, Jamaica, Cuba or Mexico. The ship is especially famous among motorcyclists, who until this year used it to transport their vehicles between those countries. When it was announced that the

would be "taken over" by "a different group of people" in 2021, motorcyclists lamented.

Its captain, Ludwing Hoffmann, recounted in an interview in March that he has been part of the crew of the

since 1993. “We can live on the ship from what the ship and we produce. Nobody makes money, ”the 55-year-old man and father of three children of one, three and eight years old explained. “We did a lot of things until we found out that it is best to transport motorcyclists,” he said, commenting that for three years, for example, they had served Greenpeace and other environmental organizations.

"The ship is a traveler, a globetrotter", defines it José, the islander who guards one of the docks of Isla Mujeres.

As he sweeps the sand off one of the catwalks, he shows the tattoo on his forearm: the silhouette of the island where he was born 32 years ago.

Learn about the movements in this small territory off the coast of Cancun and that ship, according to account, was anchored during the covid-19 pandemic a few docks further away: "It comes every year."

The dock workers wonder if the ship will resist the journey, says José: "I say it can take the hell out of it, some say it won't."

The crew of the 'Stahlratte' cast off this Sunday.Gladys Serrano

The vessel is “well cared for and equipped for navigation on the high seas around the world”, according to the information published on the ship's website, and meets the standards of the International Convention for the Safety of Human Life at Sea. (SOLAS).

It has capacity for up to 28 passengers, including the crew, which is made up of volunteers.

On long voyages, like the one you have just embarked on, everyone on board "works together."

It has seven double beds and 15 single beds, two showers, a bathroom, and a library with books in different languages, maps or travel guides.

There is also a movie projector and musical instruments.

Now at the disposal of the Zapatista delegation that left last Sunday for the coasts of Galicia. 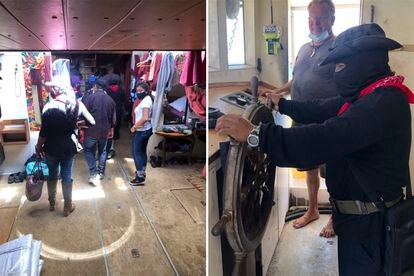 'Stahlratte', the fishing boat that crosses the Atlantic with seven Zapatistas on board 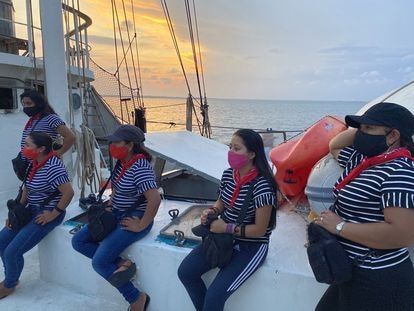 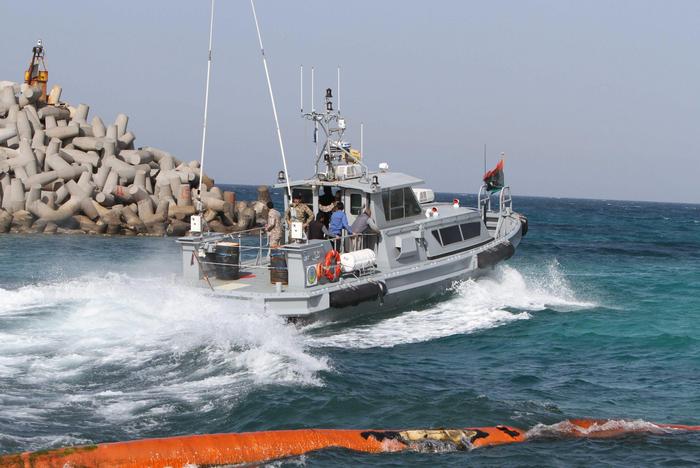 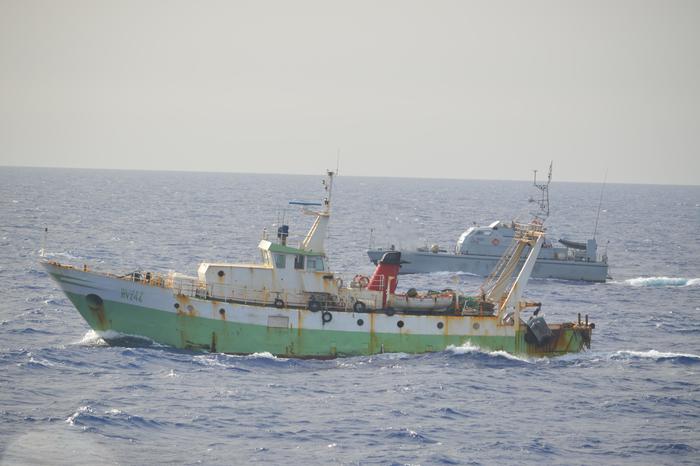 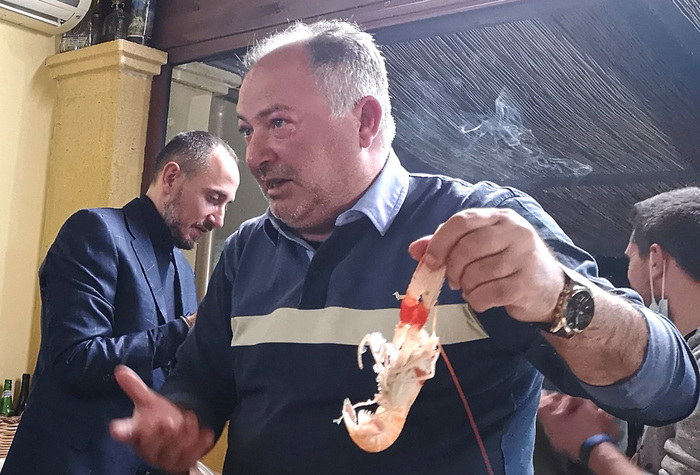 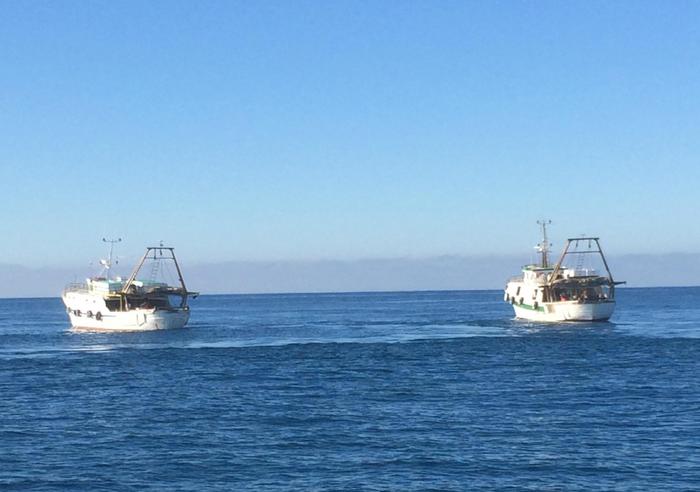