Claudia López: This cannot be the life we ​​give to youth

The mayor of Bogotá, Claudia López, said in Conclusions that both the police and the protesters are the same humble young people. 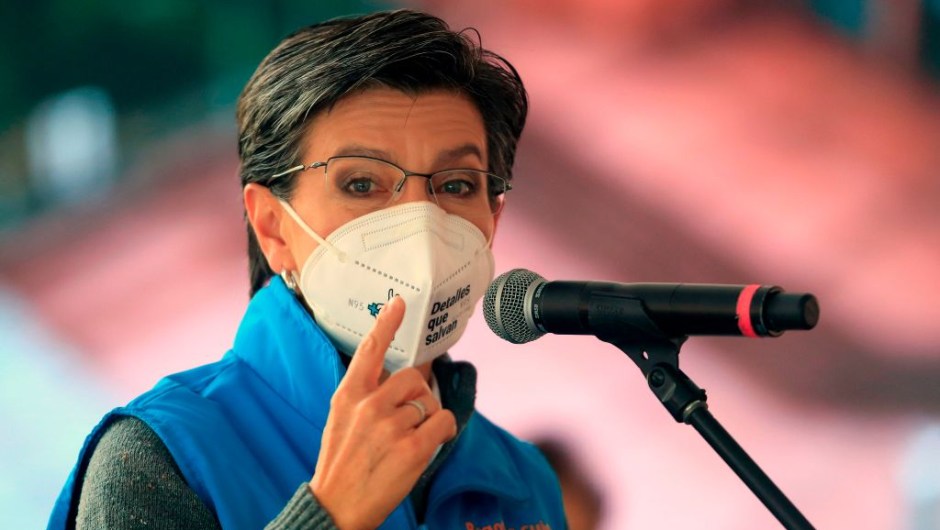 The mayor of Bogotá, Claudia López, who this Wednesday asked for the support of the public forces for the strong protests in the city, said in Conclusions that both the police and the protesters are the same humble young people.

López explains that the pandemic has exacerbated the previous problems of poverty and unemployment and that there have been "errors and pains on both sides."

“Trying to burn 10 policemen alive is frankly unacceptable, but having today, as I have in my city, 14 young people without an eye by rubber bullets fired by the riot squad is unacceptable too.

That cannot be the future of democracy ”.

Claudia López vindicated the social causes of the protest, whose “wick”, she said, was the national government's tax reform proposal.

“There are structural problems, temporary problems, there are criminal factors that chaos serves… and we are one year away from elections.

So playing to the exacerbation of the spirits against the political opponent is very profitable for those who are campaigning but it is very dangerous for the lives of young people on the streets ”.

The reform is "the last straw", but "the cup is already full because Colombia is a very unequal country, because we come from a political polarization around issues of equality, political inclusion, peace, very deep" said the mayor.

Claudia López said that it would be wrong to establish a state of siege in the country, a proposal from the ruling party.

“It seems like a mistake to me and I would absolutely oppose that.

Now that would be more gasoline for a fire.

It is not by cutting rights and freedoms and concentrating power in the presidential figure that this crisis is going to be resolved.

López said that the way is to expand democracy: "It is by bringing young people ... At the time of greatest poverty, greatest tension, greatest polarization is where we have to reach a country agreement."

Thousands of citizens have taken to the streets of Colombia to protest against the tax reform proposed by the government of Iván Duque.

Look in this gallery for some of the most shocking images left by the protests (Credit: LUIS ROBAYO / AFP via Getty Images)

Despite being at a coronavirus peak, the premise, for many on the streets, is that the government is more dangerous than the virus itself.

President Iván Duque ordered the withdrawal of the tax proposal after days of protests, most of which were peaceful.

(Credit: Presidency of the Republic)

The reform called for, among others, to tax basic products of the family basket, to put VAT for funeral services and internet services.

The Minister of Finance.

Alberto Carrasquilla, resigned from his position after the protests.

According to official figures, 19 deaths have been registered in a week of protests, but the NGO Temblores reports many more deaths in the framework of the April and May 2021 demonstrations. In this photo, a group of people pay tribute to Nicolás Guerrero, a young man who was allegedly killed by Esmad during a protest in Cali on May 2.

The NGO Temblores has denounced deaths, cases of police violence, hundreds of arbitrary arrests, sexual violence at the hands of the police, and disappearances in the context of the current demonstrations.

In this photo a protester in Bogotá on May 4, 2021. (Credit: JUAN BARRETO / AFP via Getty Images)

Authorities say there are at least 140 complaints of excessive use of force by police in the current demonstrations.

The mayor of Bogotá denounced a "tragic and painful" night on the night of May 4.

That day there were 30 civilians and 13 police officers injured, according to Claudia López.

A group of people clean a burned-out police station on the night of May 4 in Cali, in southwestern Colombia, as part of the anti-government demonstrations.

The mayor denounced that violent protesters tried to burn alive 15 police officers who were in a police station in the Aurora sector, in the south of Bogotá.

Public service buses were incinerated in cities like Cali and Bogotá.

Although the protests have been mostly peaceful, they left images of chaos like this in various cities around the country.

The national government deployed the Army in cities "where there is a high risk to the integrity of citizens," that is, where the disturbances are more violent. Here, army tanks in Bogotá on May 4, 2021. (Credit: DANIEL MUNOZ / AFP via Getty Images)

An army soldier on a street in Cali, on April 30, 2021, when the government ordered the deployment of the public force in the cities with the most violent disturbances in the protests.

This is how a hotel in Cali was left after violent riots between protesters and Esmad in the protests on the night of May 4.

Masked protesters in Cali shout harangues against the government in the Puerto Resistencia sector on May 5, 2021. (Credit: Gabriel Aponte / Getty Images)

This May 5 photo shows thousands of people in Medellín rallying against the Duque government.

With music, young people go out to protest on May 5 in Bogotá.

The protests in Colombia on May 5 also call for respect for the right to health.

Protesters march with a banner that reads "Health reform leaves us in Intensive Care".

Claudia López affirmed that the crisis must be solved "by expanding democracy" and "bringing young people, who are those who are on the streets with a legitimate claim and pain, to the table.

It is by agreeing with them ».

"We are in a crisis equivalent to the crisis of 1929, when the world broke down, and it's time to reach a New Deal, a new contract."

He also compared the situation to World War II and the need for the Marshall Plan.

"We have to get a little out of the slogan and opportunism and sit down to do the task that history gave us: an agreement equivalent to the Marshall Plan to lift our country and young people out of poverty." 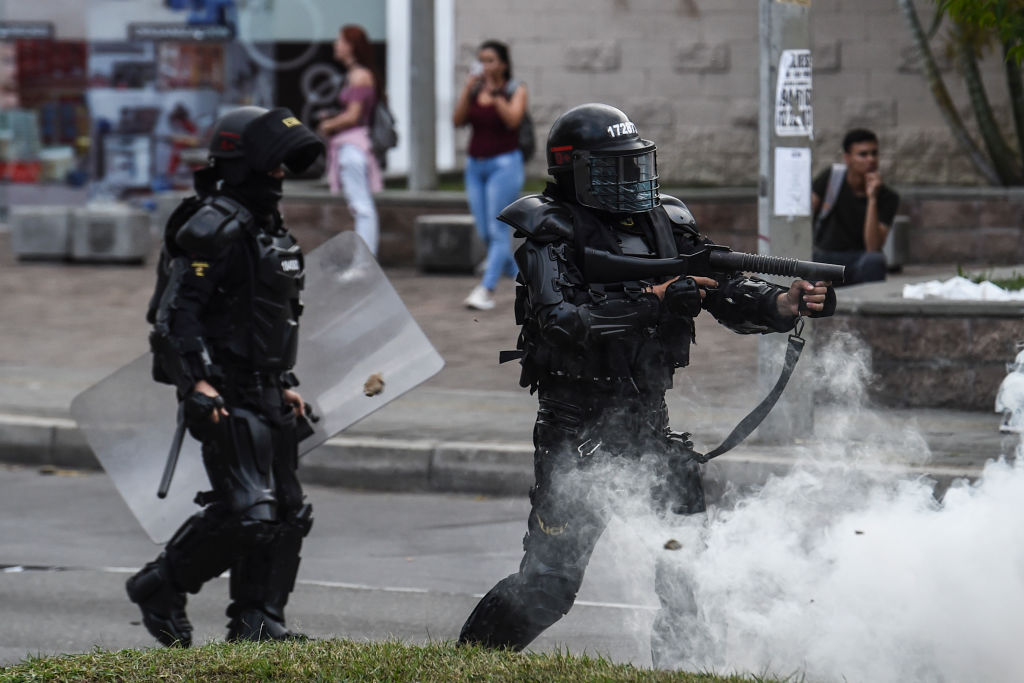 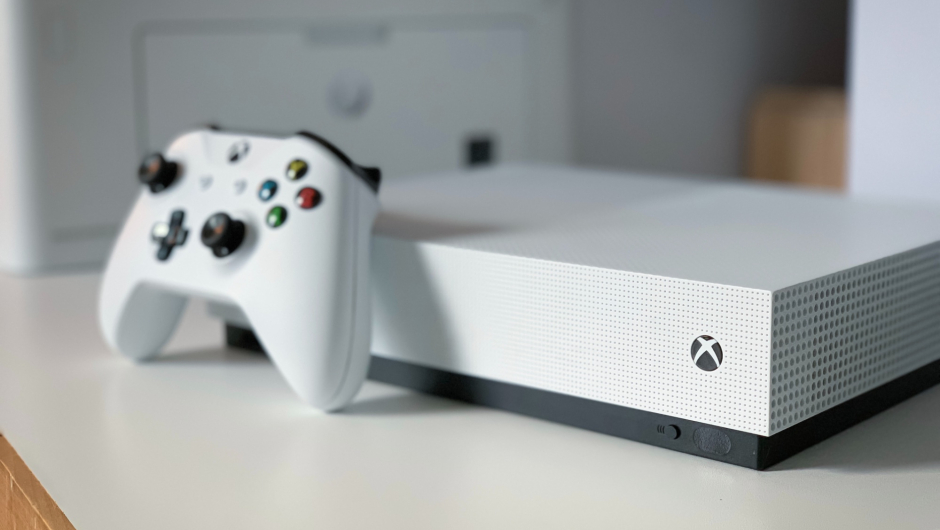 The 5 things you should know this May 6: The protests in Colombia, a warning for the region | CNN 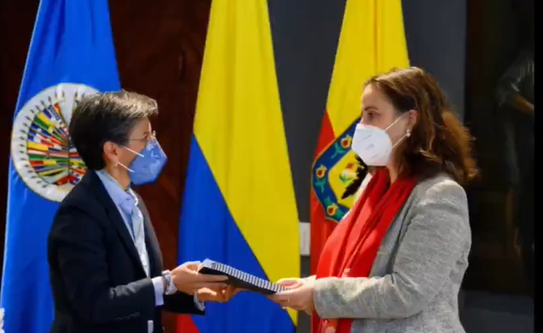 Mayor of Bogotá received the Inter-American Commission on Human Rights. 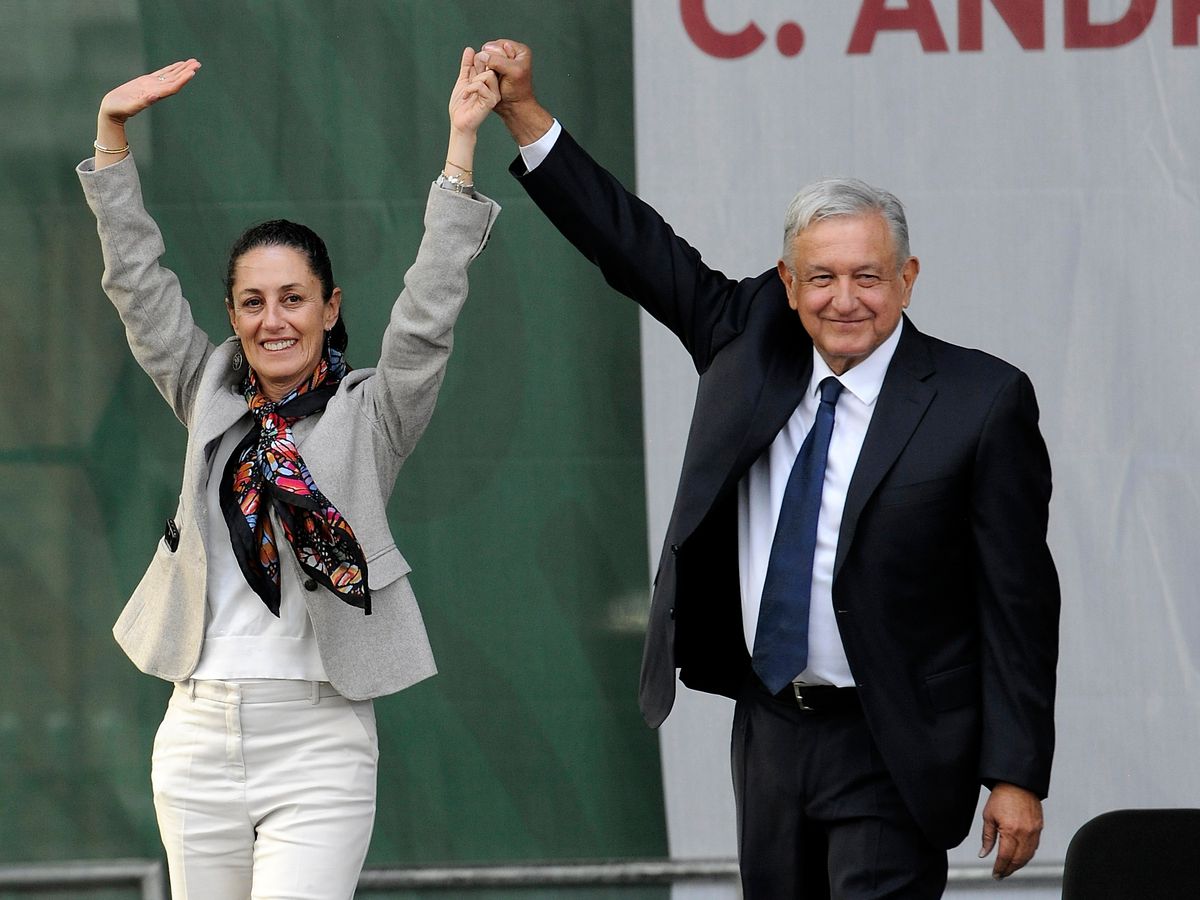 The Ebrard-Sheinbaum battle: López Obrador gives the banner of the succession 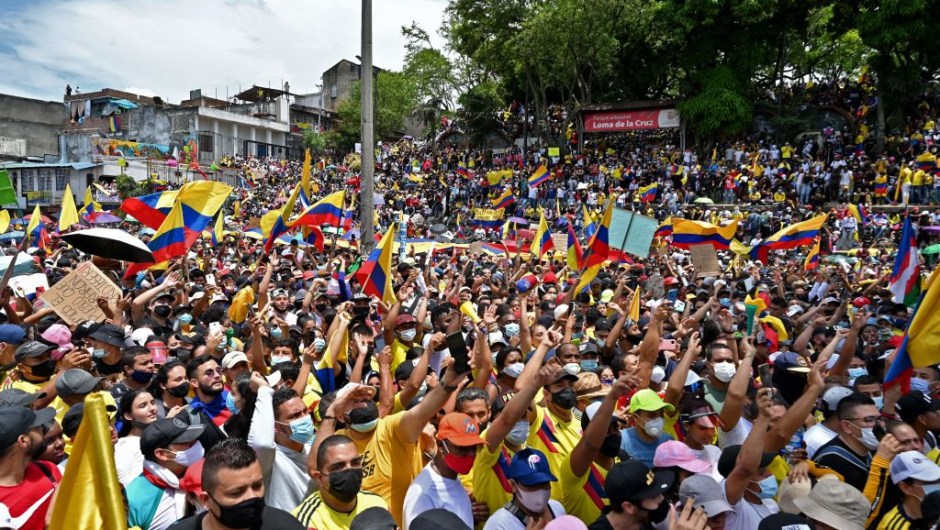 Claudia López: This cannot be the life we ​​give to youth Bogotá declares red alert for covid-19 and quarantine is extended