Fight against the onslaught of day trippers: Walchensee concept takes on clear features

The Walchensee concept is becoming increasingly clear. It's about handling the onslaught of day trippers better. Interior Secretary Gerhard Eck (CSU) also sat at the round table. 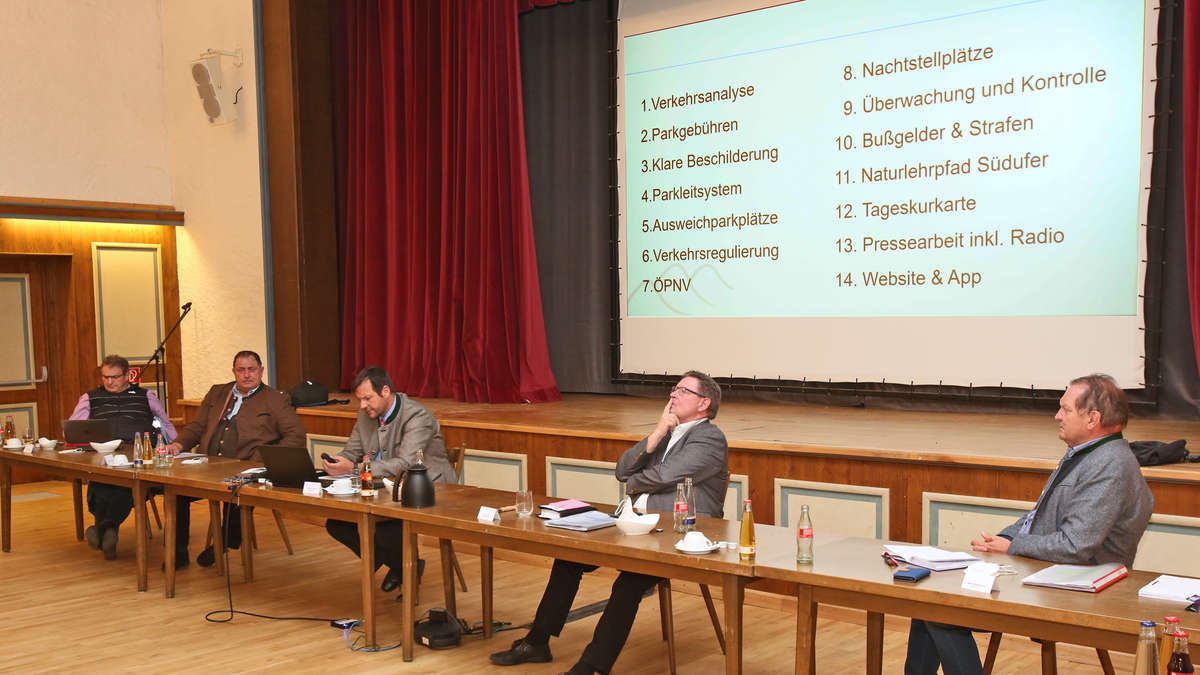 It's about handling the onslaught of day trippers better.

- “Corona will also be with us this summer. We do not yet know how much we will overrun, ”said Mayor Thomas Holz (CSU) when the results were presented to the press after the discussion at a round table on Tuesday evening. He very much hopes that the measures will take effect, because the local population is "sometimes burdened beyond the borders".

The round table on the Walchensee concept has been under the leadership of Interior Secretary Gerhard Eck (CSU) for two years.

In addition to the two municipalities of Kochel and Jachenau, representatives of the district office, the state forestry, the police and the municipal service center Oberland as well as the state parliament member Martin Bachhuber (CSU) are involved.

It is not about fighting tourism, said Eck.

“We have to establish the rules of the game.” After all, the people in the region also have a “right to quality of life”.

“A lot of the basis for the next steps has been created,” said District Administrator Josef Niedermaier (FW) after the meeting. But it is also clear that “some things are not so easy”. 14 points - from the traffic analysis to a parking guidance system to fines - the participants had set themselves and went through them step by step. For example the new, chargeable parking spaces that Kochel and Jachenau have created and manage. The fees vary and amount to eight euros in Kochel, including the tourist tax, and ten euros in Jachenau, including the toll road on the south bank. The decision was "made by each local council for themselves," said Kochel's mayor Holz when asked about a uniform fee. In general, now this summer you have to "first lookhow the parking spaces are accepted and how everything works out, ”said Jachenau's mayor, Klaus Rauchberger.

New results for the Walchensee concept: This is how you want to handle the current of day trippers better

Both town halls received a lot of criticism for the introduction, also from locals.

Holz once again made it clear: The 35-euro annual pass issued by the Kochler administration is valid for people who have their primary residence in the municipality and for people who work or do an apprenticeship in Kochel.

This is how the resort contribution statute regulates it.

"When Kochler goes to Penzberg to go shopping, they also have to pay parking fees there," argues Holz.

And one more thing: “Every guest can take the bus for free with us.

And that is exactly what we want: the holidaymakers use public transport. ”In Jachenau, so Rauchberger, holders of the guest card at Walchensee can park for free.

Kochel / Walchensee: Construction work until the summer vacation - the police want to do more checks

In Jachenau, work on the alternative parking spaces and relocating the toll booths will begin in mid-May, reported Rudolf Plochmann, head of the Bad Tölz forestry operation.

For nature conservation reasons, this work should not begin before May 15th.

"We hope that we can complete the construction work within six to eight weeks." That is not easy, after all, there are various civil engineering works.

"Our goal is to be ready before the summer vacation."

Excursion region on the Walchensee: cycle path on the west bank in planning

The police want to repeatedly focus on operations in the Walchensee region, said the new police vice-president Frank Hellwig. He regretted that it was not possible to carry out constant checks. "But on hotspot days we will fly the flag." The employees of the municipal service center Oberland are responsible for monitoring the parking areas. There are now almost 50 employees in the catchment area for these tasks, said managing director Michael Braun. Further forces are being sought. One problem so far has been that the areas are warned differently - there are places where rangers have to report illegal parking in the landscape protection area, the special purpose association is responsible for other areas. “We are working on a uniform solution. There will be an instruction from the Ministry ",said District Administrator Niedermaier.

The meeting in Kochel also dealt with a possible cycle path on the west bank of the Walchensee.

The situation is very complex due to the water, rocks, mountains and main road.

Last summer there was an appointment on site at the lake.

Now, reported Eckl, the planning phase has been initiated in the State Building Authority to see what a possible route could look like.

Only then will they talk about the financing.

“We all care a lot about this cycle path”, District Administrator Niedermair emphasized the importance again.

There should be a guidance system for the toll road on the south bank: if the area is overcrowded, people arriving on the feeder roads should know in good time.

: Everything from your region! Our brand new Bad Tölz newsletter informs you regularly about all the important stories from the Bad Tölz region - including all the news about the corona crisis in your community. Sign up here.

Fight against the onslaught of day trippers: Walchensee concept takes on clear features 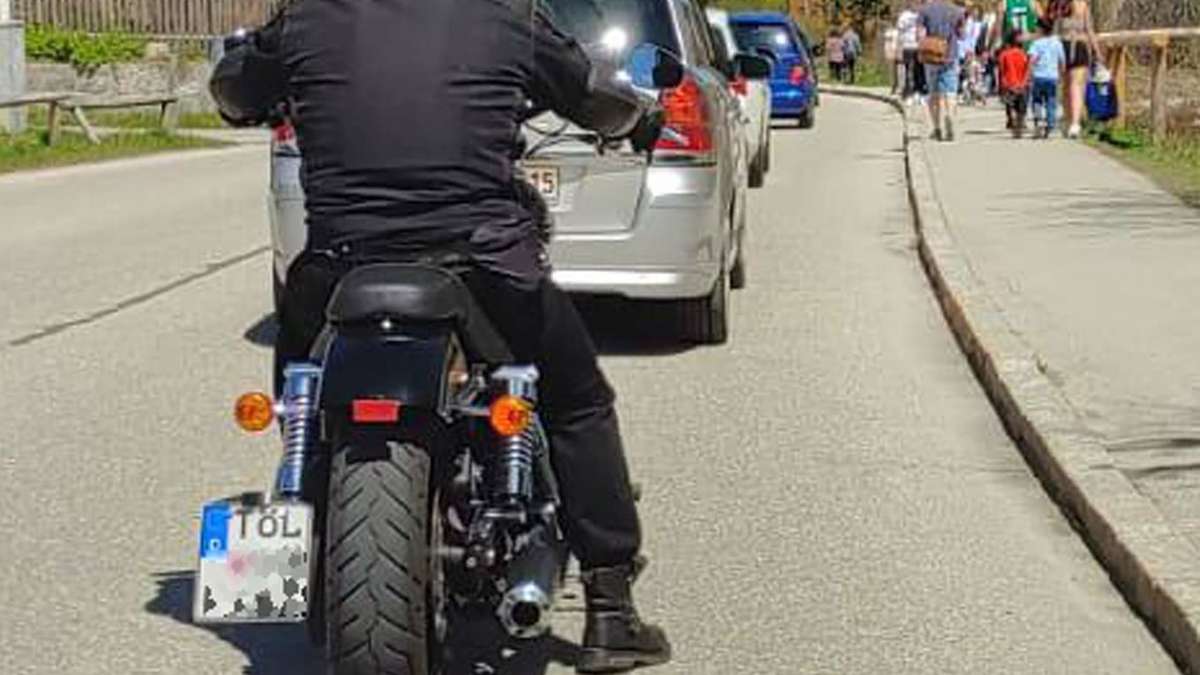 Onslaught of day trippers in Tölzer Land: No need to call Söder 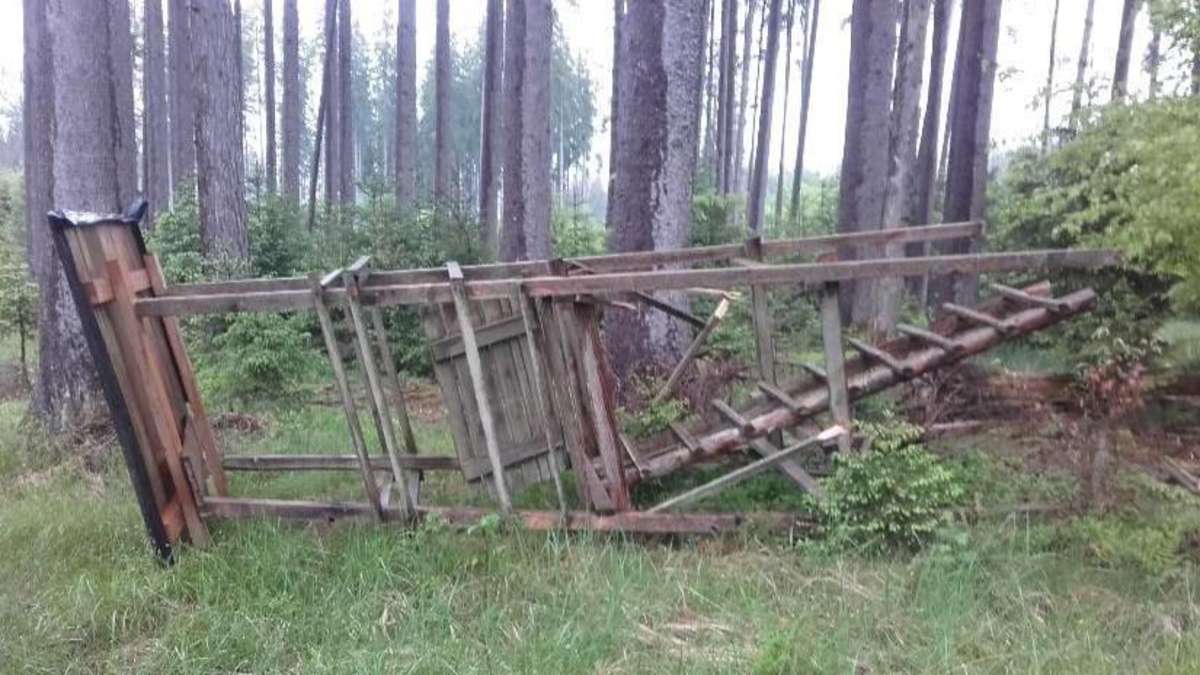