The UK sent two military vessels off Jersey, as around 60 fishermen headed for the island. The Franc 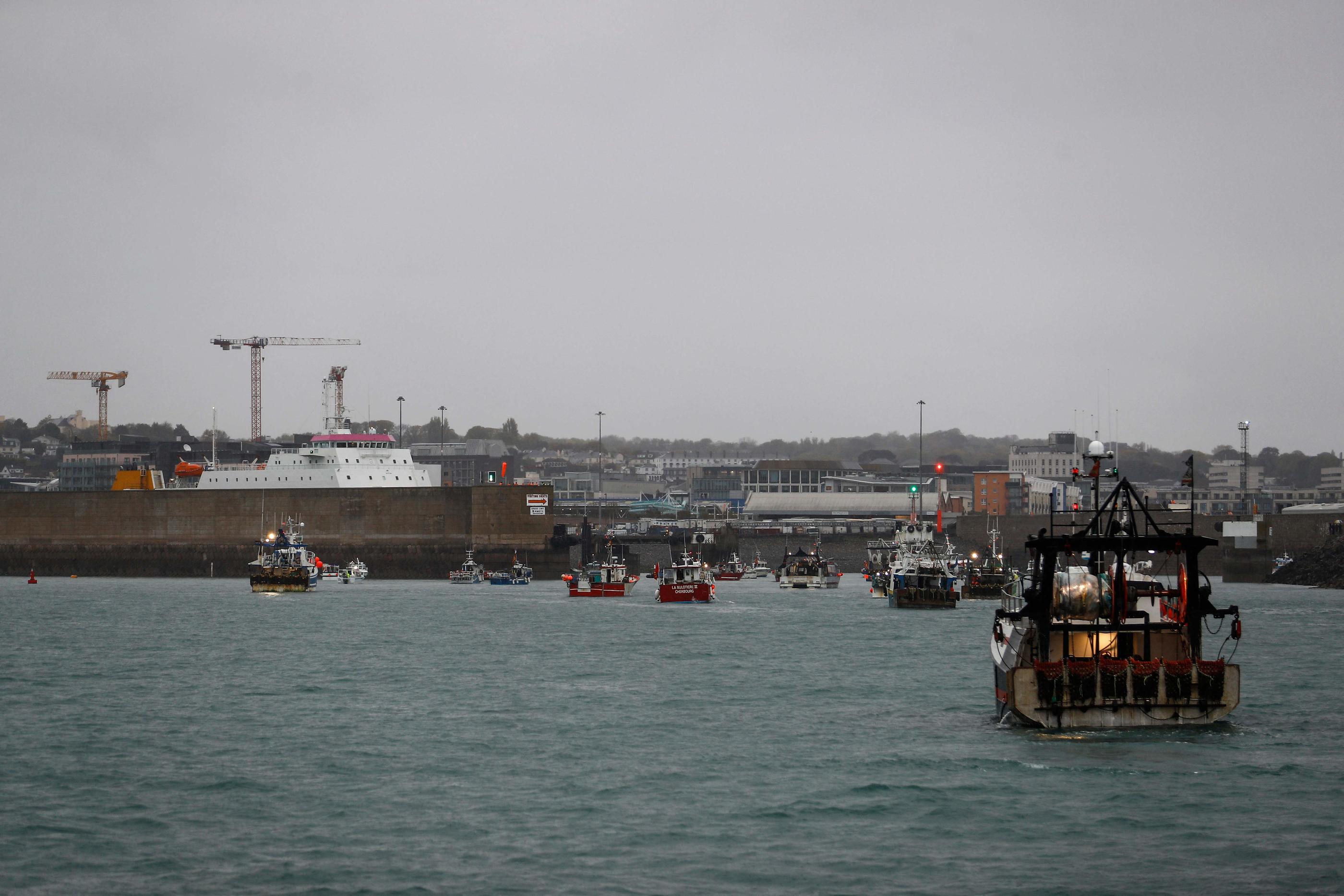 Show of force off Jersey.

To which France responded by sending two tricolor patrol boats, to ensure "the safety of navigation and the safeguard of human life at sea", says Paris.

Complaints and threats, on both sides of the Channel, against the backdrop of a broken fishing agreement.

If the tone is rising between Paris and London, it is because the former denounces the non-respect by the latter of the fishing agreements provided for by Brexit. While French boats should have benefited from licenses to fish in English waters, the account is not there: a large majority of French fishermen still do not have one… Worse: the British have added their own rules, setting conditions entry in particular, for fishing licenses off Jersey. What endanger the activity of our fishermen.

The French government has stepped up to the plate several times since the end of April.

On April 23, he appealed to the European Commission, expecting from it “firm and determined action […] to ensure the full application of the agreement”.

Without moving the British one iota.

"We will take retaliatory measures" if the agreement is not respected, threatened again on April 27 the Secretary of State for European Affairs, Clément Beaune.

Without that, again, nothing moves.

“We will not allow ourselves to be imposed new criteria! »Warned at the beginning of May Annick Girardin, the Minister of the Sea, deploring that the licenses which were issued to fish off Jersey limit the conditions of access or the number of days of fishing… which was not foreseen by the Brexit deal. "These retaliatory measures (

Editor's note: provided for in the agreement

), we are ready to use them," the Minister repeated to the National Assembly on Tuesday.

In front of the deputies, Annick Girardin sees in "the transmission of electricity by submarine cable", from France and on which Jersay is dependent, a means of pressure. If Britain does not fall into line, France could cut the power on the island, warns the minister. Threats "clearly unacceptable and disproportionate", denounced a spokesman for the British government. Le Parisien, hoping "that we will not have to resort to it", Annick Girardin announced on Wednesday other possible measures: "to set up customs duties on British products or even to end the agreement fishing, commerce, transport and aviation simultaneously. "

“I wanted to remind MEPs of the content of the Brexit deal.

This provides for retaliatory measures in the event of non-compliance by one of the parties.

Among these, there is indeed a measure linked to our energy agreement, ”Annick Girardin said on Thursday.

“Before the European Commission, guarantor of proper compliance with the agreement, reaches such an end, I would like the British authorities to reverse their decision.

"" We do not want to leave the agreement, these retaliations must be decided by the European Commission, however, specifies this Thursday, a source at the Ministry of the Sea.

Military deployment off the island

Thursday, the fishermen wanted to launch a punch operation. About sixty boats, departing from Brittany and Normandy, are positioned in front of the port of Saint-Hélier, the capital of Jersey. "The idea was to create a buzz, to attract attention," reveals to Parisian Jean-Luc Hall, director of the national committee for maritime fisheries. There, they were able to meet a Minister from Jersey… without success. "The show of force has been made," explained Dimitri Rogoff, president of the Normandy regional fisheries committee, leaving Jersey. Politics must take over. "

Off Jersey, two Royal Navy ships had been dispatched overnight from Wednesday to Thursday. Before French patrol boats deploy, in French waters, nearby. An additional "tension", which has at least one merit: "Everyone has their eyes on our fishermen and we can hope that the resolution of the conflict will accelerate, explains to the Parisian a source at the Ministry of the Sea. We will see if we accelerate in the wall, or not. "

The fishermen intend to remain mobilized. "Some are at the end of the line and things can quickly get out of hand," warns Jean-Luc Hall, who also sees in military deployment, beyond the symbolic, "a way to warn fishermen that they should not go too far" . Without a solution in the coming days, the fishermen could decide to block the maritime links between Jersey and France. 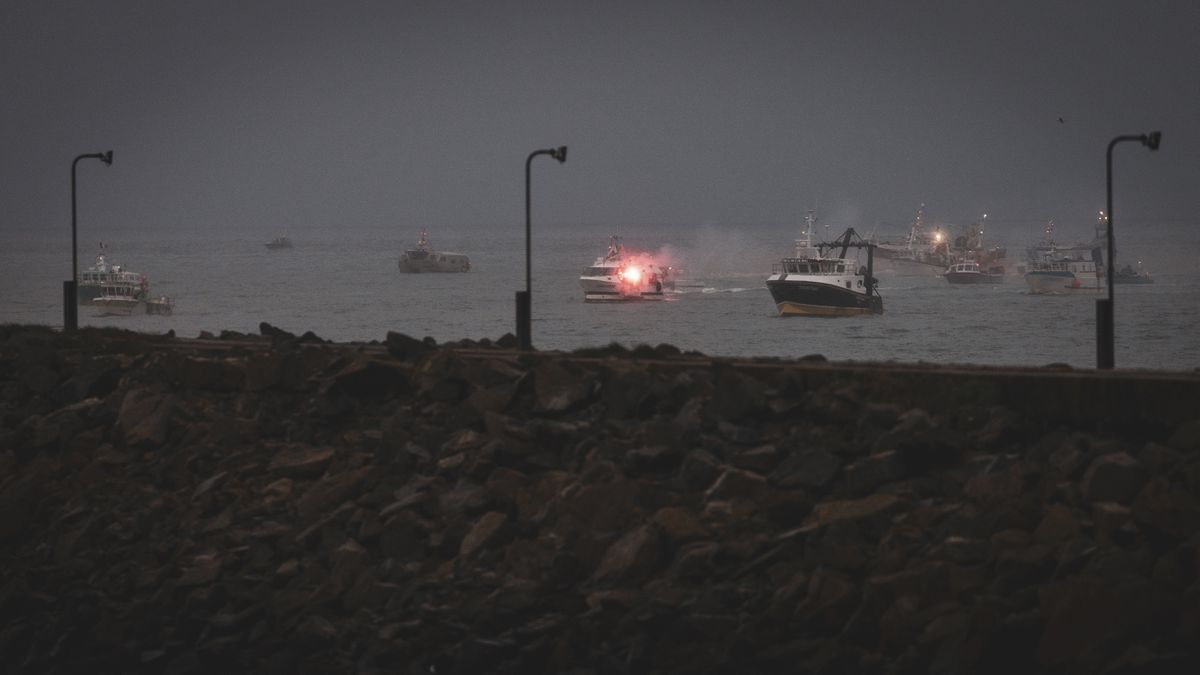 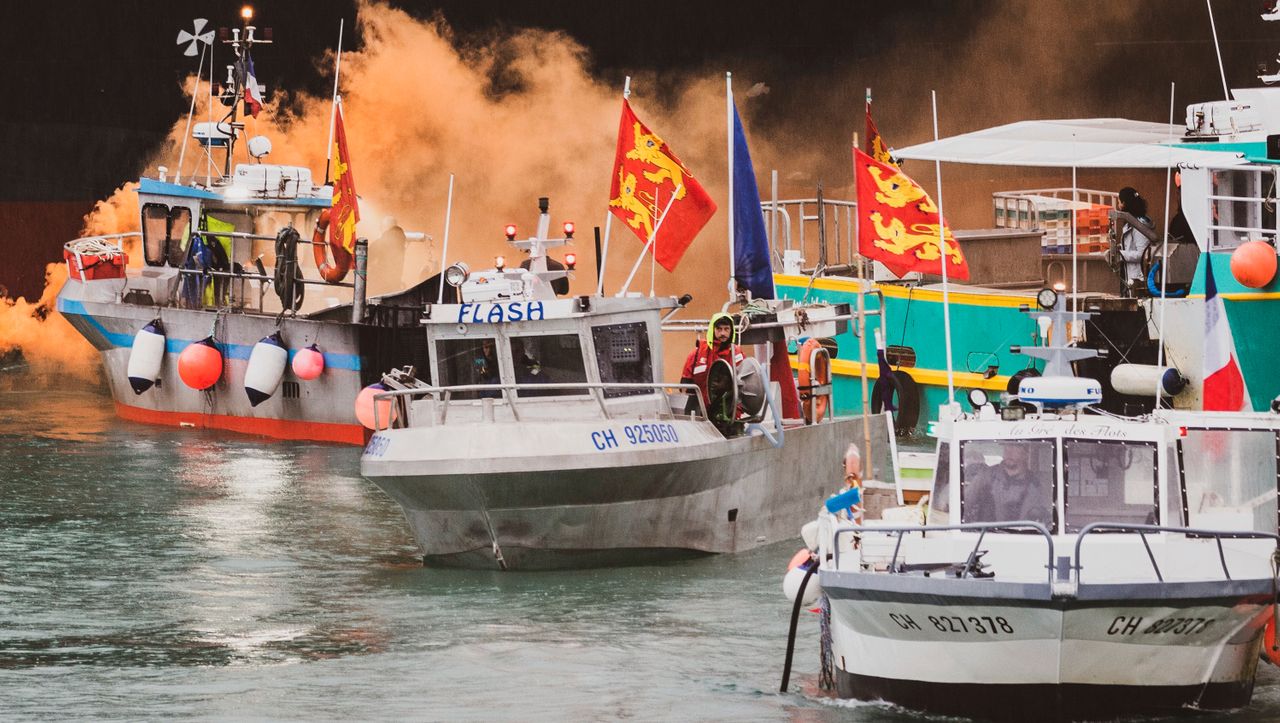 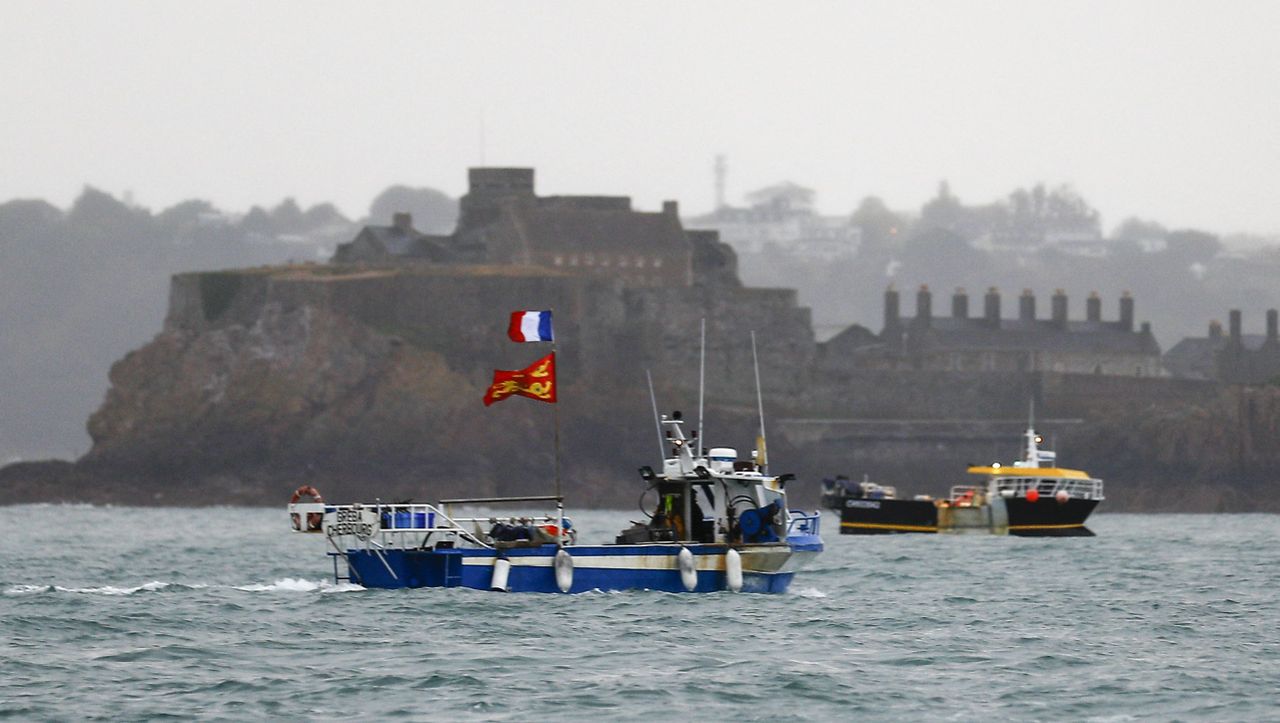 Brexit consequences: Jersey, an island in the middle of a dispute 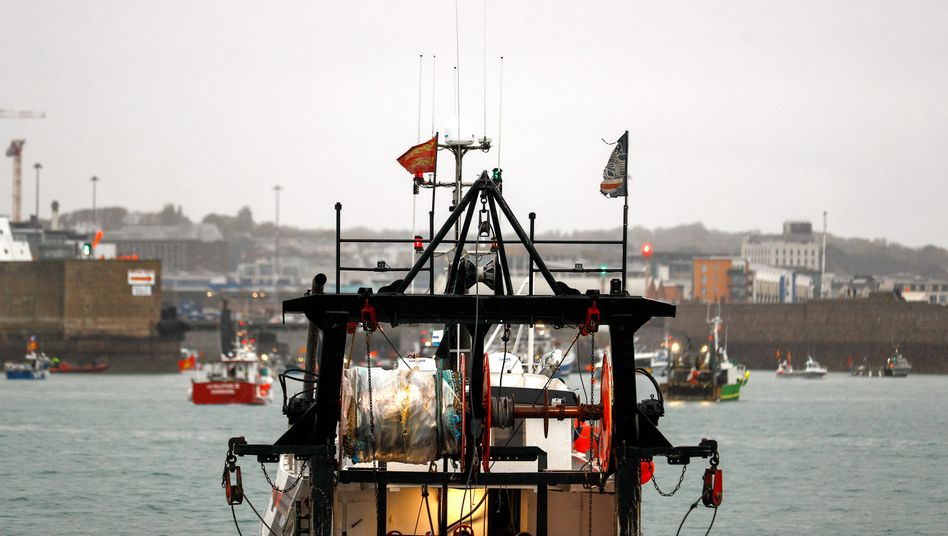 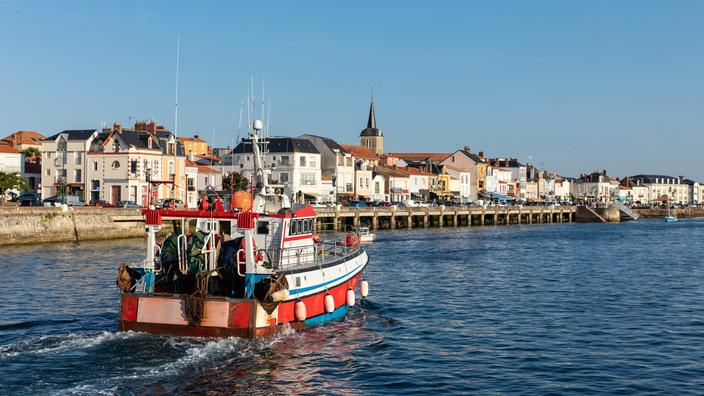 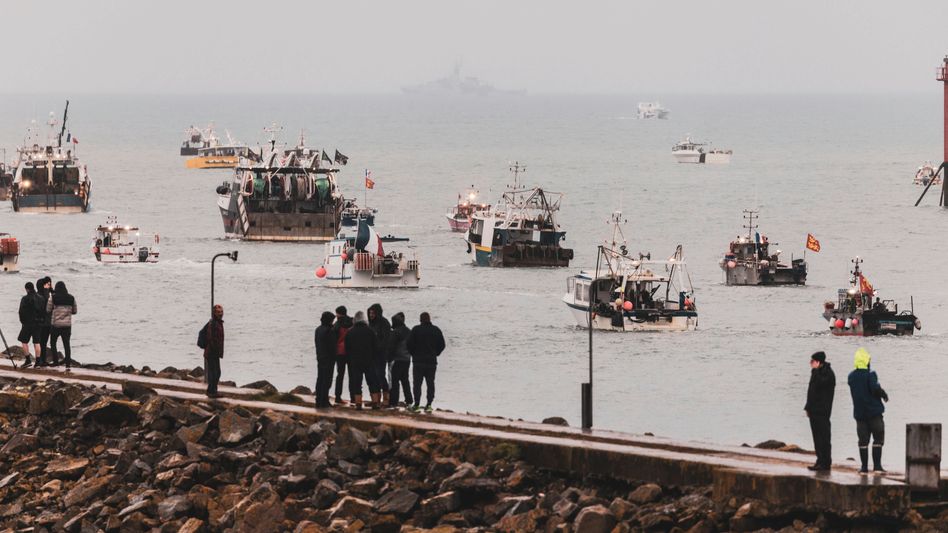