The much discussed Mammendorfer mini spinning top is being rebuilt again. Around 18,000 euros were wasted. Now the television is also reporting on the construction project. 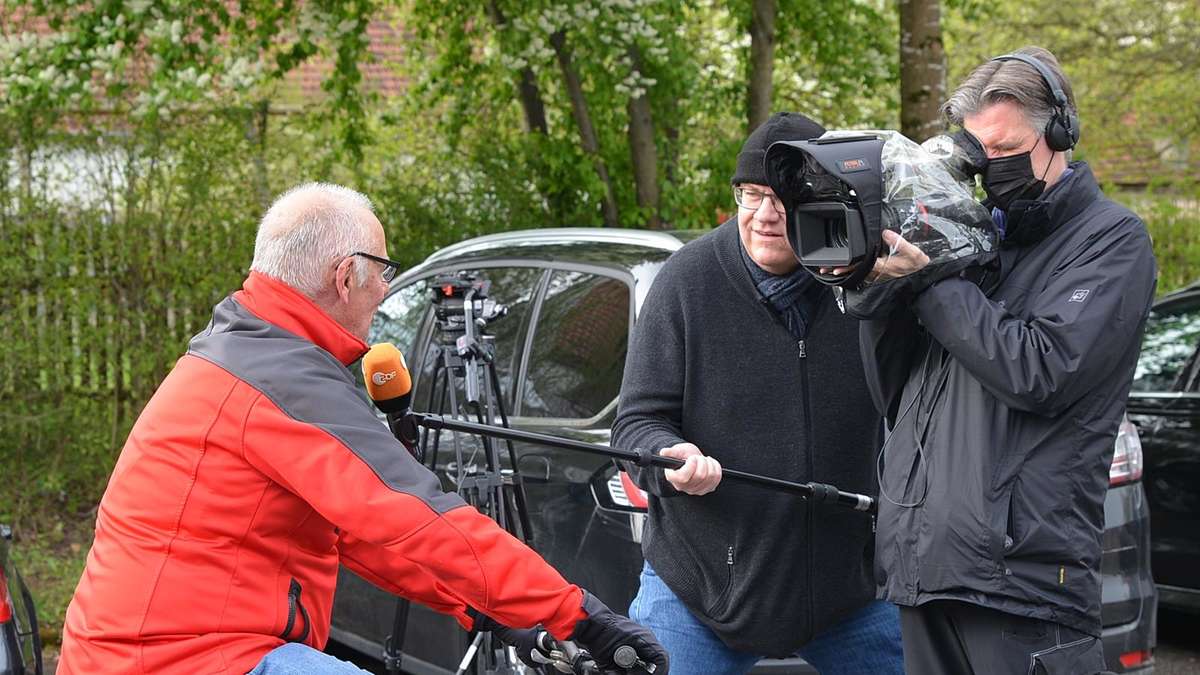 The much discussed Mammendorfer mini spinning top is being rebuilt again.

Now the television is also reporting on the construction project.

!”: The Mammendorfer mini-gyro, which was recently much scolded, has now also made it

On Saturday, May 8th, from 5:05 p.m. on ZDF (Länderspiegel) and on Sunday, May 9th, from 10:30 a.m. on Phönix, a report about the currently most discussed construction project in Mammendorf will be broadcast.

ZDF reporter Ludwig P. Klug and his cameraman came to Mammendorf to ask citizens about the mini roundabout. Klug had received wind of the problem area for buses, trucks and agricultural vehicles through a letter from a citizen. Further research on the Internet led the ZDF reporter to the latest articles in the Fürstenfeldbrucker Tagblatt - and finally convinced him to publish a report under the heading “Hammer of the Week” about the unspeakable story. The ZDF team asked around ten citizens what they think of the matter.

After a renovation during the Easter holidays, the mini-roundabout will be rebuilt again next week.

The latest increase in the inner area of ​​the roundabout to eleven centimeters is not permanently passable for buses, trucks and agricultural vehicles.

The drivers fear damage to the tires or they would have to use the sidewalk, which would endanger pedestrians.

Mammendorf - The Mammendorf mini roundabout - most recently a problem area for buses, trucks and agricultural vehicles - will be rebuilt shortly after the renovation.

The center of the mini-gyro will be lowered again - next week.

The council decided that.

The center of the mini gyro is too high.

That had posed problems for buses, trucks and agricultural vehicles.

Now it is lowered again.

"Doing it right for everyone, is an art that nobody can", quoted Mayor Josef Heckl (BGM) an old German proverb which, in his opinion, fits perfectly with the situation with the mini-gyro.

The town hall chief admitted that both the administration and the commissioned engineering office made mistakes.

Both of them did not look into the rules, said Heckl.

"You can chalk that up to me, the administration and the engineering office."

According to Heckl, the rules stipulate a maximum height of five centimeters. And the top is currently well above that. Buses and larger vehicles can no longer drive across the central island and have to use the sidewalk. That had caused a big stir.

A solution has now been found with everyone involved - the police, local public transport, bus operators and members of the local council. Heckl presented these to the committee. The roundabout will be dismantled in such a way that trucks and buses can drive over it at low speed without any problems. The center island is framed by a four to five centimeter high, rounded edge that clearly stands out from the paved circular roadway. “This will be carried out between May 10th and 12th, so that the buses can run according to schedule again from May 17th,” said Heckl. Florian Simetsreiter (BGM) wanted to know what the demolition - i.e. the lowering of the center - would cost. The mayor announced that one would have to reckon with the same amount.

The center of the roundabout was raised to better protect cyclists. After just under a month, this has proven itself for Heckl: “It has never been so disciplined and safe there.” But farmers and bus operators had complained about the renovation. The higher roundabout had caused ridicule - especially in social networks. He could live with that, said Heckl. Rather, it annoys him that they have dumped 18,000 euros in taxpayers' money.

Because the buses are currently having problems passing the roundabout due to the elevated center, they no longer go to some stops and thus to the school.

“This is not a sustainable situation,” said Heckl.

Therefore you had to react immediately.

Nevertheless, he was a little surprised by the refusal of the bus companies: "Maybe it's a return coach because we didn't fully involve them in the run-up to the renovation."

Heckl is particularly annoyed that the district office did not stick to the agreement to issue a press release with the community.

"I also get annoyed that the top 16-centimeter high was persistently written, because it is only eleven centimeters."

In the local council, Heckl repeated the statement made by former mayor Johann Thurner to the daily newspaper: “Now we've really got into the dirt.” He couldn't understand this statement, according to Heckl: “The statement was made to the committee not appropriate. ”The town hall chief received applause for this.

The original decision for the roundabout was made in 2004/05.

At that time the responsibility lay with the former mayor.

Ultimately, the municipal council approved the renewed renovation of the mini roundabout with a 16: 1 vote.

In addition, the audit committee is to investigate the matter.

That was what Werner Zauser (FW) suggested.

The most recent reconstruction of the roundabout caused ridicule and malice.

Buses and trucks jutted dangerously into the sidewalk as they circled the elevation. 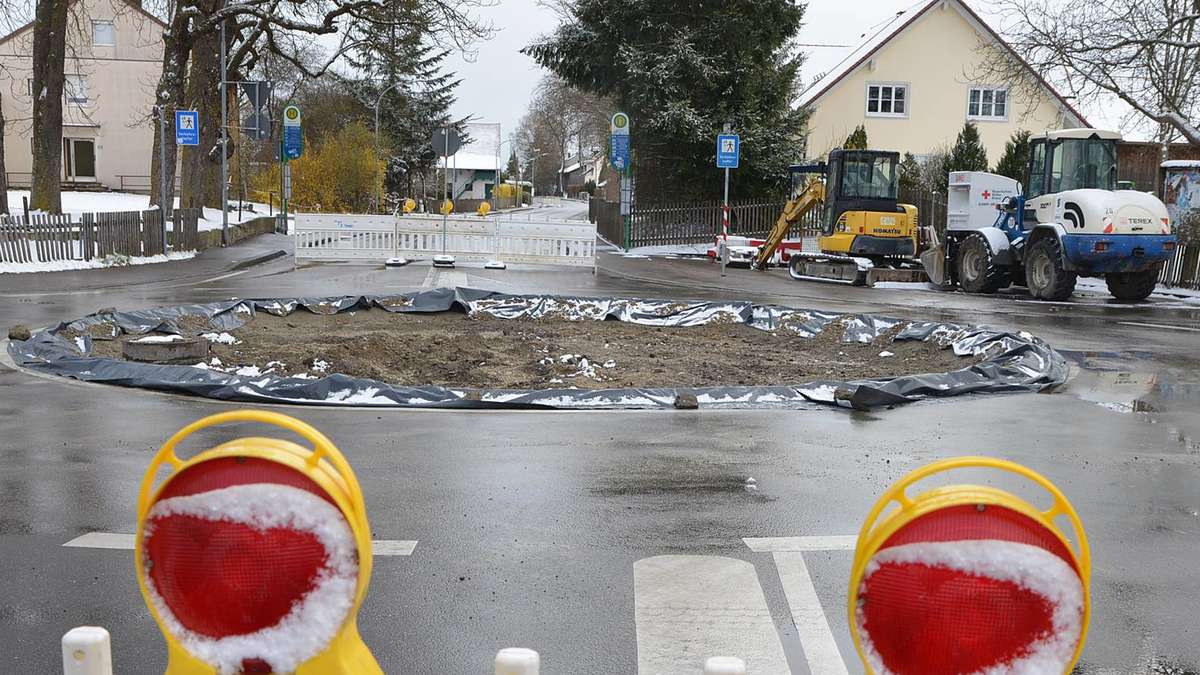 Alternative in the crisis: the brewery sells beer straight from the truck - "Would like to set an example"