Special concerts planned: It should rock on the Wiesse lake promenade

A fresh wind should blow on the west bank of the Tegernsee: Under the hashtag #wiesseerocks, the community and TTT are offering a series of special concerts this summer - despite Corona. 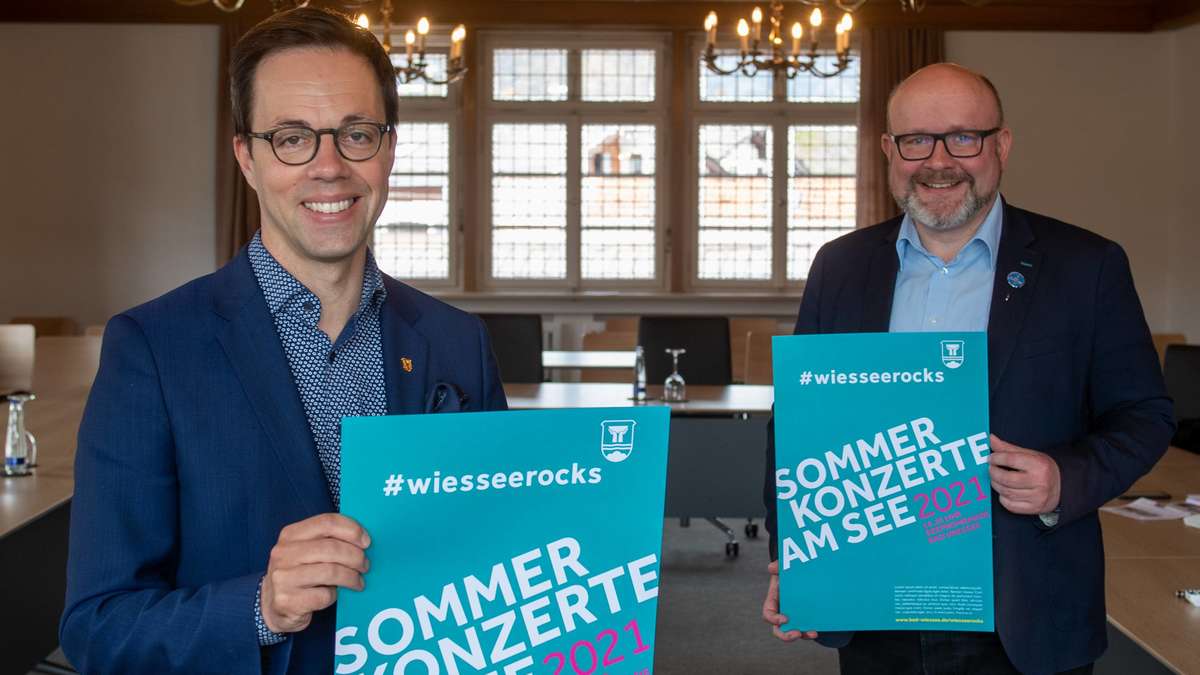 A fresh wind should blow on the west bank of the Tegernsee: Under the hashtag #wiesseerocks, the community and TTT are offering a series of special concerts this summer - despite Corona.

- As early as spring 2020, the Bad Wiessee municipal council decided to cut off old braids and reorganize the spa music in the village.

This went hand in hand with the desire to make the salon orchestra's repertoire more modern and creative in the future, without completely sacrificing classical music.

Its managing director Christian Kausch presented the new concept together with Mayor Robert Kühn at a press conference in the town hall on Thursday.

As Kühn made clear, #wiesseerocks should appeal not only to the guests, but also to all residents of the Tegernsee Valley.

It is a "great result" that the TTT has produced here with the concert series.

“We wanted to bring two worlds from Wiesse together,” said Kühn.

The traditional on the one hand, the new, lively on the other.

An example: On July 2nd, the eleven-member Salon Orchestra Bad Wiessee will be on stage together with the band Trovasur, known for their Cuban rhythms.

"That has never happened before," said Kausch.

The first two appointments have already been canceled due to Corona

The corona crisis doesn't make planning such a concert series any easier.

"But we want to show that something like this is very possible and we want to give back a little zest for life," emphasizes Kühn.

Nevertheless, the first two concert dates on May 28 and June 4 have already fallen victim to the pandemic.

Because it is unclear which corona restrictions will still apply until then, the two appearances have been canceled - possibly, according to Kausch, they will be offered as an online format instead.

The official start for #wiesseerocks is now June 18th.

At the beginning of this evening there is a mix in the "good mood sound" with Tomay & his TomTones.

Concerts only take place outdoors on a mobile stage

A mobile stage will be installed in the central area of ​​the lake promenade for the special concerts, which will only take place outdoors. In order to take into account security in Corona times, the concert area is cordoned off and also monitored by a security service. Under what conditions the visitors are allowed to participate - keywords negative test and vaccination certificate - one has to wait and see, says Kausch. “We will initially only activate 200 tickets,” explains the TTT boss. In theory, there would be space for around 500 music fans at this point. Distance, the wearing of masks and the registration of the guests - all of this will probably be part of the pandemic at the concerts.

The new format, so Kühn announced, will not be a one-time flyover.

The series should firmly establish itself in the village, especially since the construction of the new pergola including a floating stage, kiosk and spectator area is planned for next year.

In addition to #wiesseerocks, according to the mayor, the usual concerts of the brass band, the marching band, the jazz combo and the salon orchestra will continue to take place - albeit in a reduced number.

Incidentally, the head of the town hall does not only want things to rock more in Bad Wiessee for music.

The title of the concert series could also stand for a new model in the community, says Kühn.

“We should all think about where we want our place to go,” says the 38-year-old.

The motto #wiesseerocks is the attempt to capture a new attitude towards life.

"Everyone", as Kühn puts it, "should feel comfortable here."

Read here: Corona summer at Tegernsee: entertainment in small format instead of the hustle and bustle of the Seefest

Special concerts planned: It should rock on the Wiesse lake promenade Because there were complaints: There are now new rules for the Wiesse green spaces

Champagne and caviar “to go”: this is how you defy the lockdown at Tegernsee