What went wrong? Questions and theories about what caused the metro tragedy in Mexico City

A lack of maintenance, design errors, poorly executed construction and negligence all dominate the discussion after the accident this week. EL PAÍS analyzes the key factors 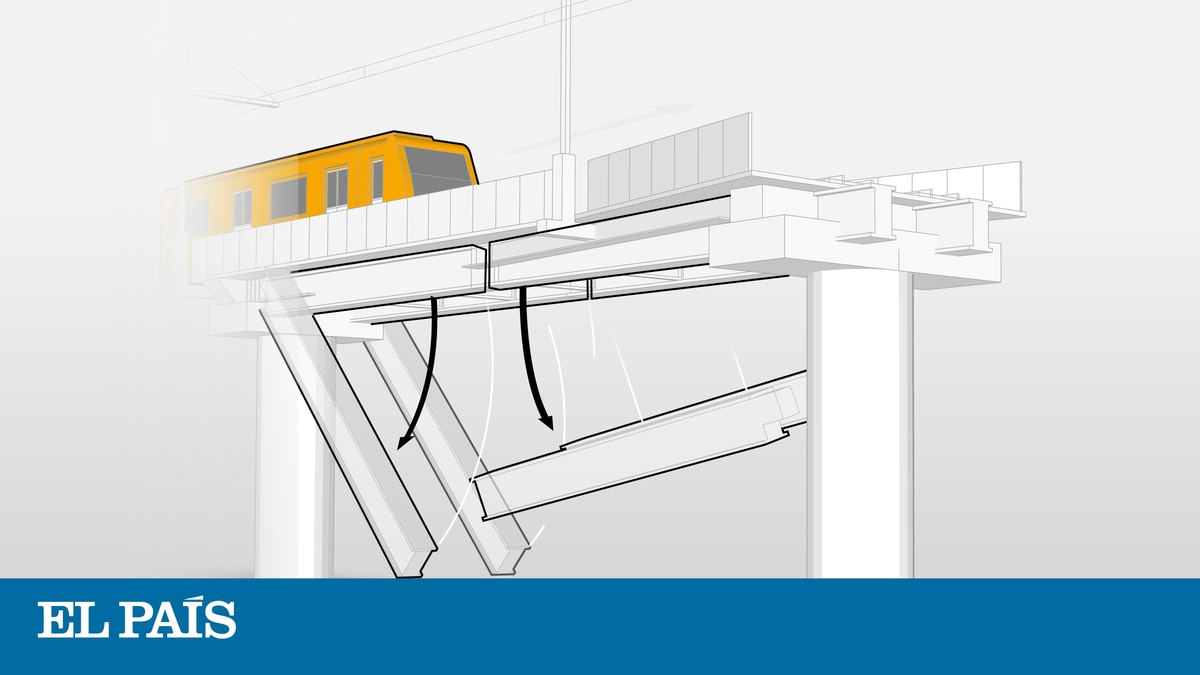 The collapse of a raised section of Line 12 of Mexico City's metro system has become the capital's biggest tragedy since an earthquake hit in September 2017. With a death toll of at least 25 and dozens injured, the public has been left gripped by anguish and indignation , and is demanding answers. The authorities have promised an investigation and two official expert reports, one from the Attorney General's Office and the other from a foreign company, but these will take time. So how did this vast structure costing 26 billion pesos to build - around $ 1.8 billion or € 1.57 billion - collapse in a matter of seconds when its inauguration was celebrated only nine years ago? The terms "negligence," "corruption" and "lack of maintenance" are currently dominating the public discourse.

“One of the girders gave way as the train was passing,” explained the city's mayor, Claudia Sheinbaum, at around midnight on May 3 from the scene of the incident.

The girders are horizontal and support the platform on which the metro vehicles run, joining it to the columns that raise it up.

The description of what happened by the authorities goes no further, stopping short of explaining why the girder gave way.

Sergio Alcocer, a researcher at the School of Engineering at the National Autonomous University of Mexico, points out that “expert reports take time and should not be synonymous with seeking out the guilty parties;

it is a matter of finding the most probable cause. "

According to Alcocer, one of the issues to be analyzed involves structural failures - the technical term for a structure failing to fulfill the function for which it was designed or for a structure compromising stability. These types of flaw can be caused by design faults, errors in its execution and general wear and tear, and are not necessarily mutually exclusive. But pinpointing the mistakes is a crucial step toward determining where the responsibility for the tragedy lies.

“What we have witnessed is a chain of unfortunate events,” says Francisco García Álvarez, former president of the Mexican Association of Structural Engineering. García Álvarez maintains that no single factor can account for the collapse, but he is inclined to think the culprit lies within the construction itself. Having visited the disaster zone at street level, he sees problems in the assembly process rather than in the design or quality of the materials used.

This preliminary hypothesis is based on the manner in which the overpass collapsed, caving in like a half-open book. The V-shaped split in the platform may have been due to a problem in the welding of the steel girders, which are shorter than the distance between the bridge columns, meaning they need to be joined. If there was a lack of proper reinforcement in the joint between the two girders, the structure would have a high chance of collapsing in the middle. García Álvarez points out that samples of welded joints from various sections of the platform are checked rather than each and every one, which could have meant the risk was not adequately assessed.

Civil engineer Uriel Perret, from the National Technological University of Argentina, believes that a possible failure in the welding of the girders could have been compounded by a problem in a number of the bridge's columns. “If a column changes position due to some kind of failure, it will affect the position of the whole structure,” says Perret, who believes the collapse was caused by a construction defect or fatigue failure - “perhaps the result of negligence and corruption. "

Structural engineer Fernando Zamorano also indicates errors in the construction process as the possible culprit. "It did not fall from an earthquake or a natural disaster, but while fully operational," he says. Zamorano maintains that many construction projects undertaken by the Mexican government in recent years are poorly executed, and mentions, by way of example, the sinkhole that opened up under the Mexico-Acapulco highway in 2017. “When the golden line [Line 12′s nickname] was built, there were problems from the beginning, ”he says. "This was the straw that broke the camel's back."

Line 12 was inaugurated in October 2012, while Marcelo Ebrard, now foreign affairs minister, was still older. Shortly after the inauguration, it was closed again when a study detected faults in the tracks, rails and curves, culminating in a risk of derailment, and recommended urgent corrections. In March 2014, the 13 kilometers of line running on the overpass that includes the section where the accident happened were again closed for multiple repairs and reopened at the end of 2015. Two years later, the line suffered the greatest damage of all the lines in the city's metro system from the 2017 earthquake, according to a Senate report. “The line had endemic problems from the start that will never be solved,” Jorge Gaviño, the then-director of the metro, said at the time.

According to Fernando Espino, secretary of the National Union of Workers of the Collective Transportation System, "we have been making our dissatisfaction with our working conditions clear to the authorities of different governments since 2012." Espino blames the construction materials used as well as the use of heavier and wider metro vehicles than originally planned.

During an interview, the union leader said that one of the possibilities, according to union technicians, is that the train derailed and hit one of the platforms, which would have shifted the structure. But this is not a majority view - Alcocer, for example, does not think it feasible that there was a derailment. Espino also points to the fact that an elevated section was chosen over a tunnel because it was “cheaper” and that the track is full of curves that exacerbate the wear and tear of the network due to increased friction. Other experts, however, believe the guidelines always leave a margin for a weight variable carried by the structures in order to avoid these kinds of incidents and are not convinced this was a factor in the accident.

When the 2017 earthquake caused severe damage to some parts of the bridge, the authorities spent 15 million pesos - around $ 1 million or € 700,000 - on repairs during the subsequent four months. A column was reinforced at the Nopalera station, less than one stop away from Olivos station where the accident occurred. In that area, locals had been reporting cracks in the structure, saying that it was not fit for purpose; they now declare that the deadly incident was a tragedy waiting to happen.

Given the information available, García Álvarez rules out the possibility that the collapse was a consequence of the 2017 earthquake while according to Alcocer, too much time had passed for the earthquake to be a factor, but if that had been the cause, the columns would have collapsed. The current director of the metro system, Florencia Serranía, stated in a press conference the day after the tragedy that the allegations linked to the earthquake were not based on fact and that in June 2020, when the last review was made of damages caused by this disaster, no damage to the section that collapsed was found.

Perret, meanwhile, says that existing problems in sections close to the incident could well have had repercussions on other parts of the bridge. “The images of cracked columns that people have shared on social networks are due to a compression rupture and that type of rupture would force the disabling of this stretch of metro, because it could cause a chain failure; a decompensation of the structure, as we have seen, ”he says. "The girder on that column is also deformed and the weight is no longer supported in the same way as was calculated during the initial project."

Meanwhile, there is a lack of consensus regarding maintenance. “I don't see it being a maintenance issue because the work is relatively new,” says García Álvarez. But Leonardo Núñez, researcher at Mexicans Against Corruption and Impunity, stresses that, based on official figures, the budget allocated to the metro for 2021 is the lowest in nine years, with a 25% reduction in real terms compared to 2018. “This makes it very clear that the government has other priorities, ”he says, despite claims from the authorities that there have been no such cuts. “The systematic cuts are not a direct cause of what happened, but they are relevant because for years there were already complaints about this section of Line 12,” adds Núñez.

Forensic engineering expertise will focus on what happened and why - from the design to the construction materials in a bid to explain the collapse of the structure.

There is no date as yet for the results of the investigation, but the engineers consulted agree that a reasonable time frame would be six to eight weeks;

a long time for a country anxious to know the truth and see justice done. 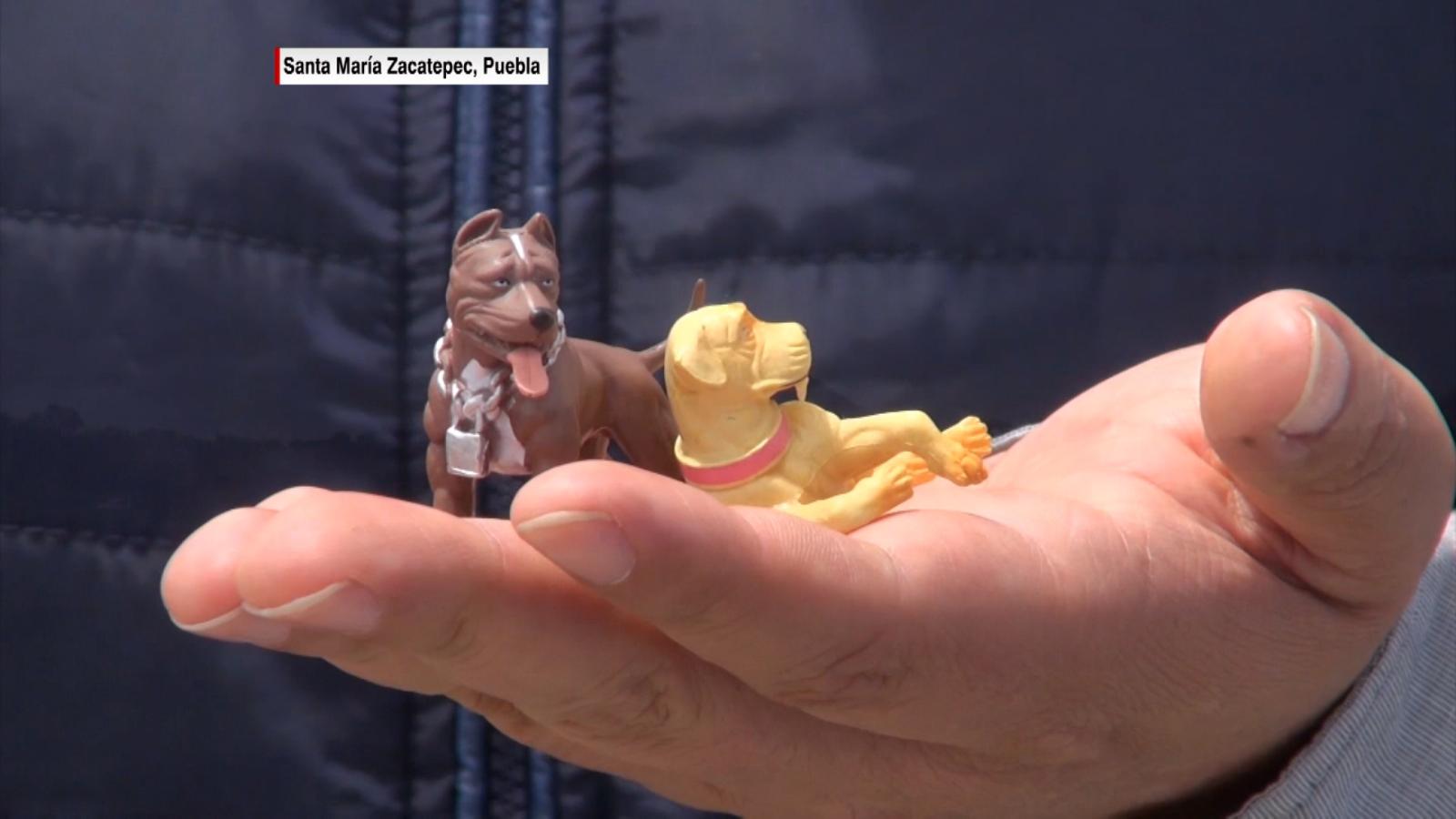 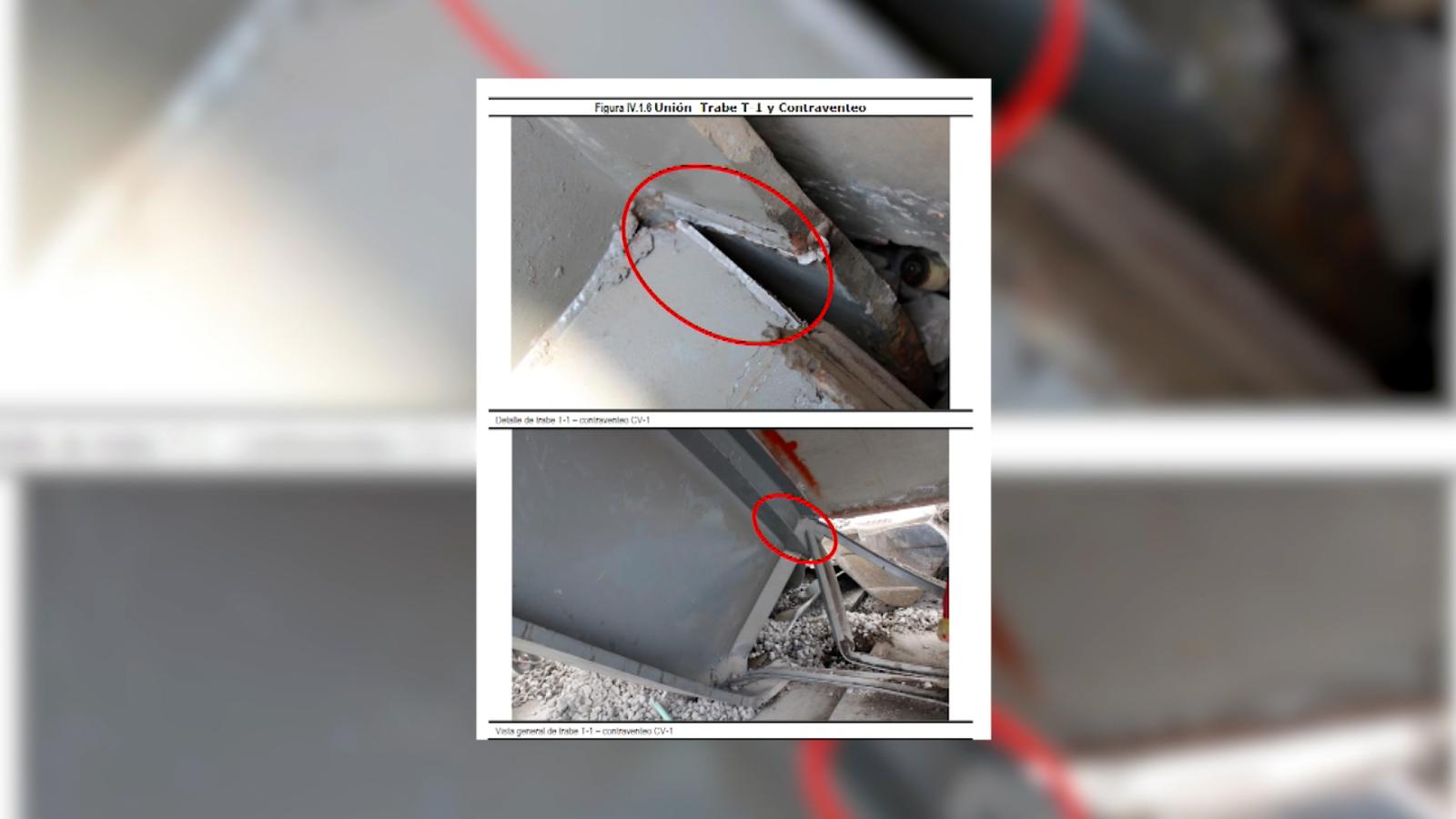 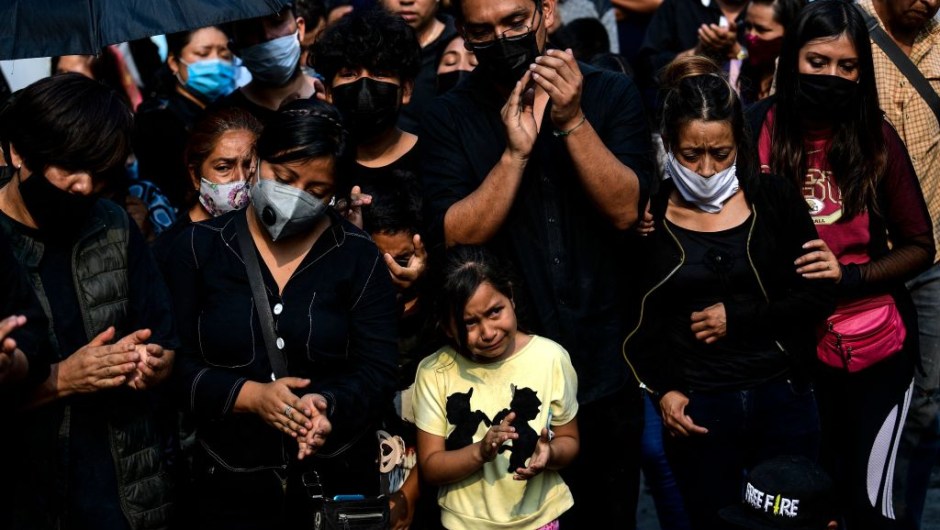 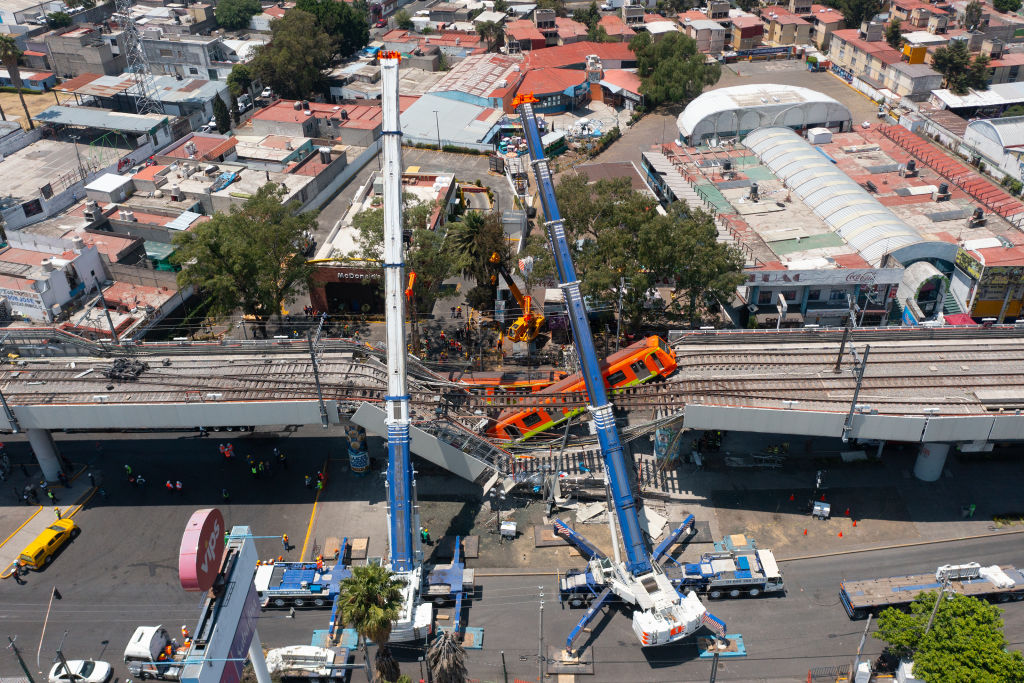 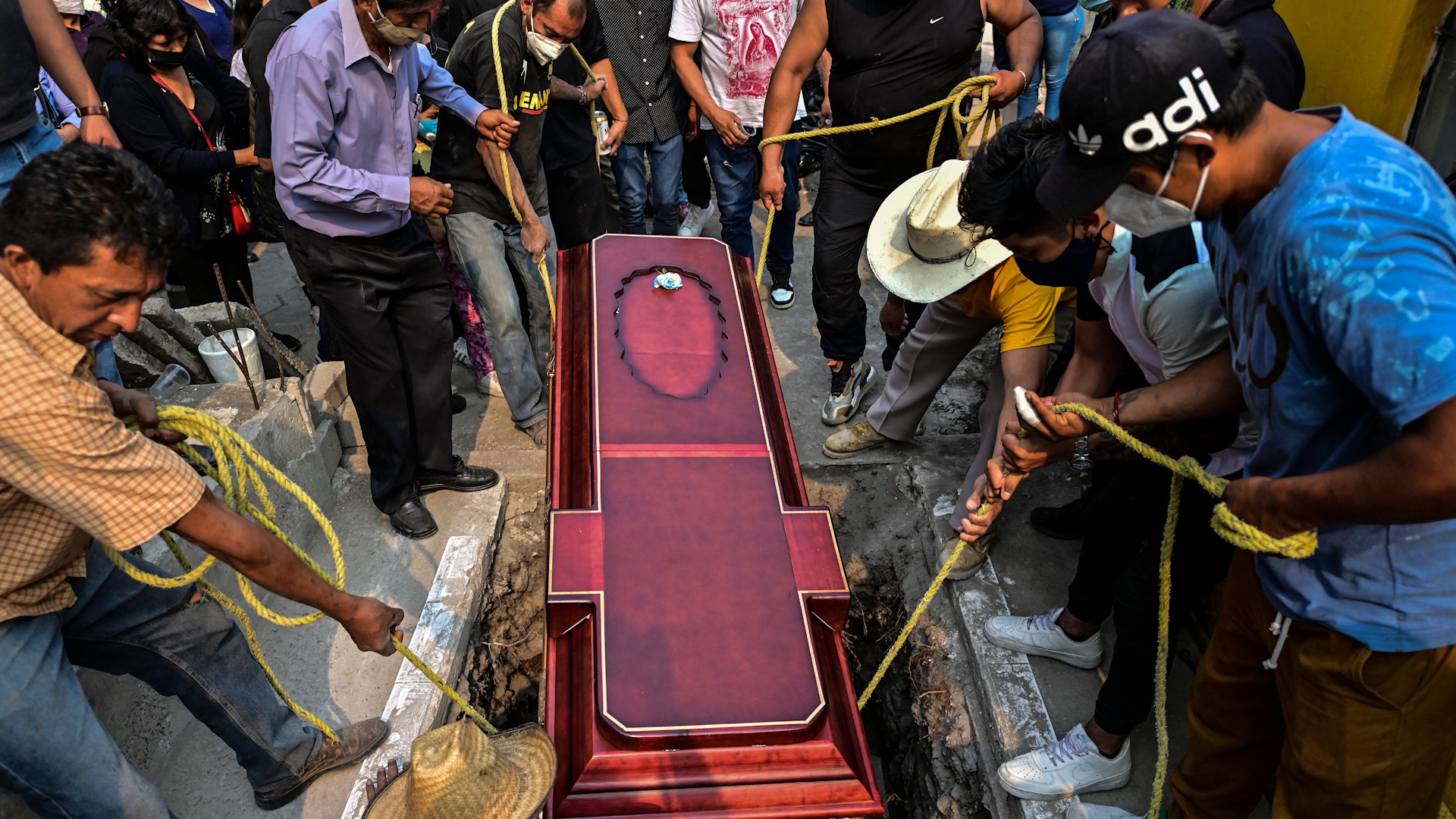 Voices of the tragedy in the Mexico City subway 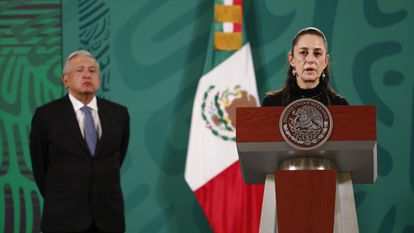 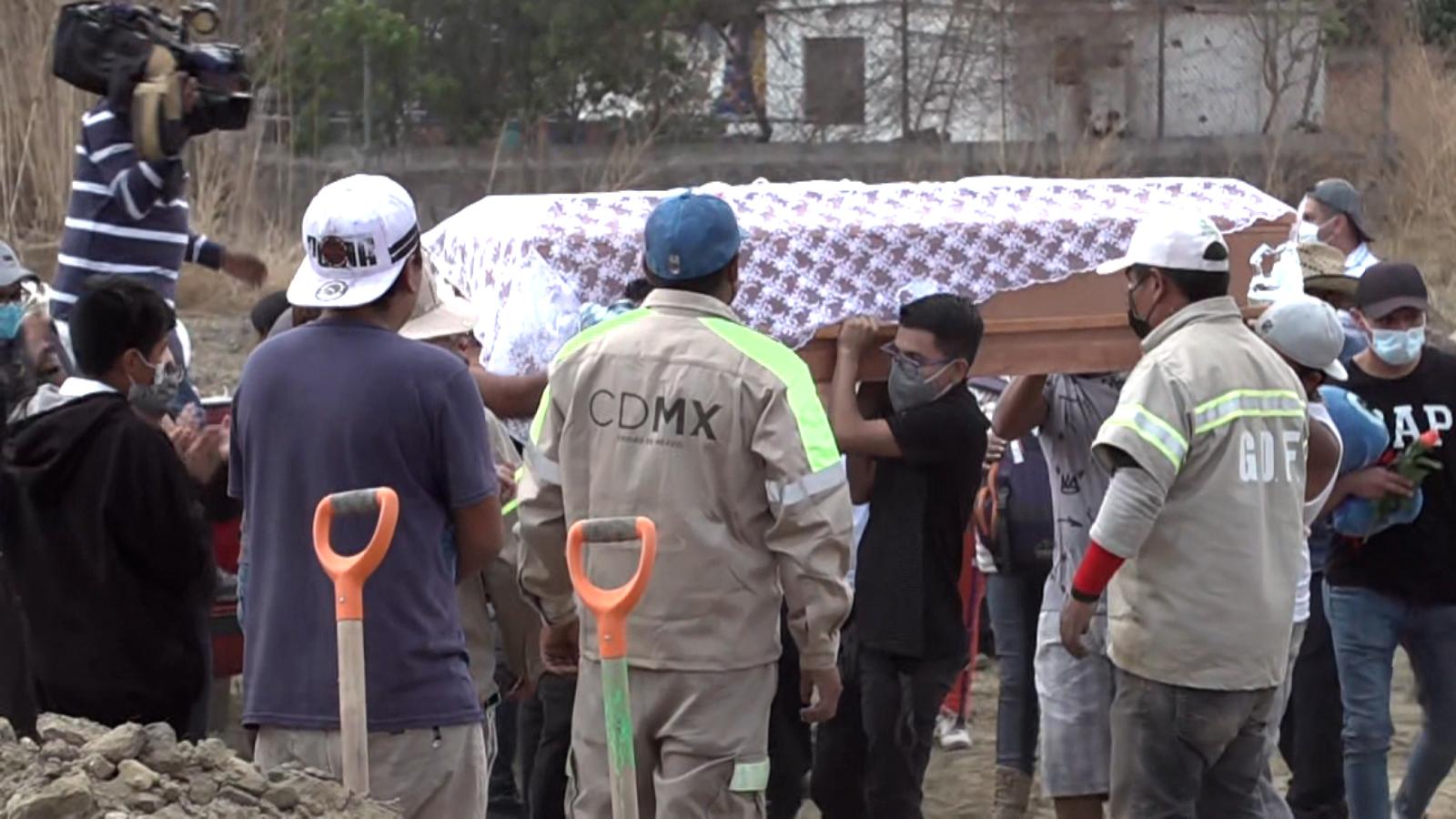 2 sisters victims of the subway tragedy in Mexico: they bury one and the other fight for their lives | Video | CNN 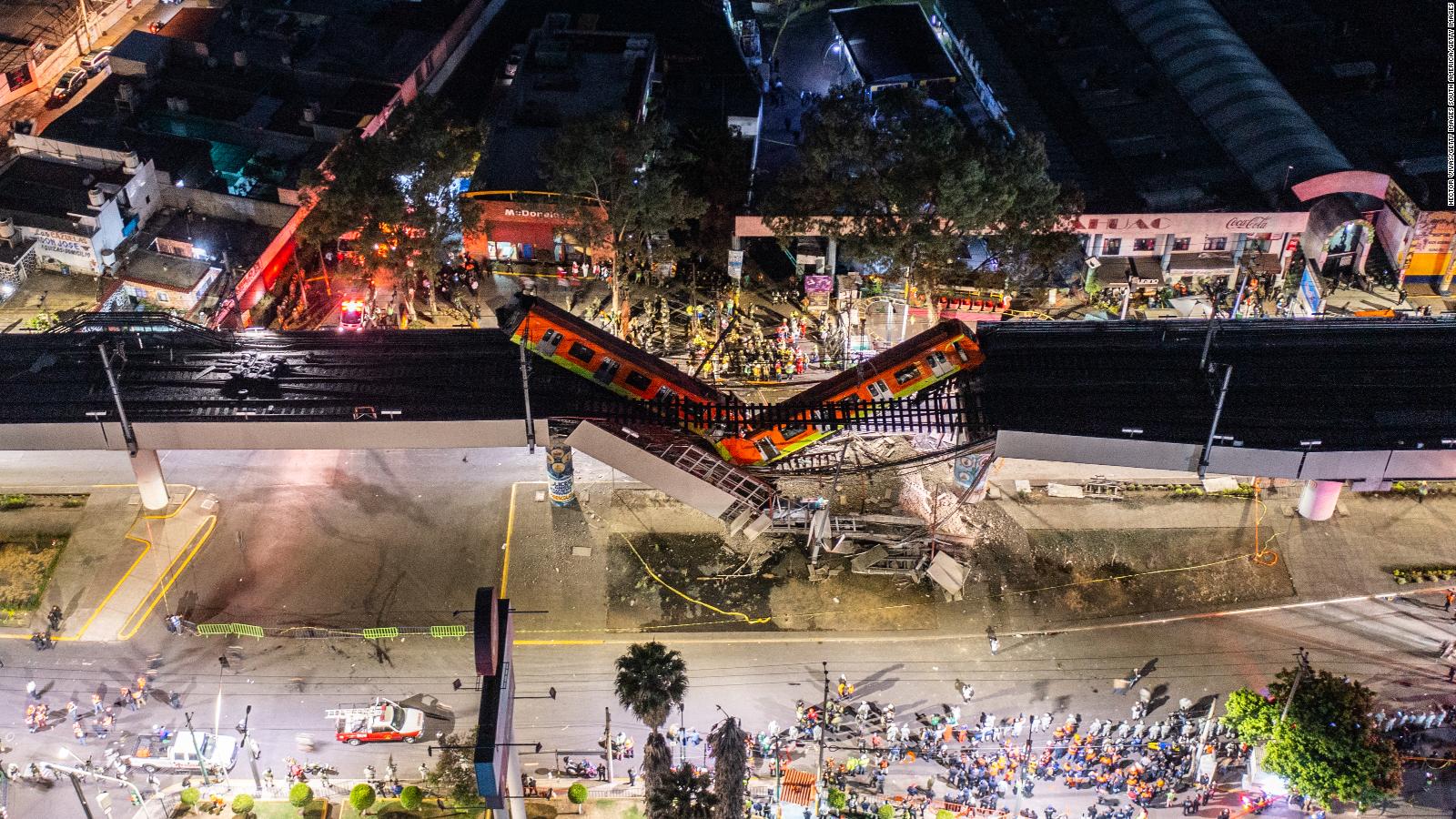