'Collapsotopia' or the happiest of all disasters

Material progress has failed, but moral progress is still possible and also depends on each one Funeral pyres in New Delhi, India, to burn the dead of covid.AP The French scientist Pablo Servigne says that in 2030 there will be a social collapse that will force us to say goodbye to confidence in progress. He says that his children will not know giraffes and that he will not have a pension. Total drama, as if social collapse were that. I mean, I am surprised by people in their forties who ta 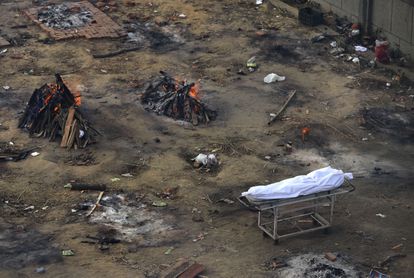 Funeral pyres in New Delhi, India, to burn the dead of covid.AP

The French scientist Pablo Servigne says that in 2030 there will be a social collapse that will force us to say goodbye to confidence in progress. He says that his children will not know giraffes and that he will not have a pension. Total drama, as if social collapse were that. I mean, I am surprised by people in their forties who talk about their future pensions as if they had guarantees of being alive to collect them in almost thirty years. The new dystopians seem optimistic to me. Thus, the looming disaster is becoming more and more like utopia and is becoming a new form of idealism. But make no mistake, dystopia is not that which is coming, but something that is already here. And the only question is what are we going to do with it.

This week Arundathi Roy has written loudly (because his text was a cry) from India about how we are witnessing a crime against humanity. I read it and see the flames burning in the images, the thousands of dead, the lack of oxygen, the crematoria in public parks. And I think this must be the social collapse of 2030, which is already here. Indeed there are no giraffes.

Along with Roy's scream, another sounds in the streets of Colombia, that of thousands of young people who shout: "The police don't take care of me, my friends take care of me." They say it because police abuses against women are the order of the day. And while they cry out to heaven they keep a piece of paper in their pocket with their name and blood type to pass on to someone nearby, in case the police arrest them and then they disappear. Maybe the collapse is in Colombia, I think then. What is clear is that it happens now. This week, next week, every week. Perhaps the epicenter of the sinking is the grave of Elene Habiba, the last girl who died trying to reach this "our" country.

That is why the French scientist Pablo Servigne, like all contemporary catastrophists, seems to me a new type of dreamer. He says that when we realize that progress has failed, we will go to the forests to collaborate with each other. He says that cutting firewood together will be a form of mutual help in winter and that when the failure is finally total, we will be happy with nothing because we will need nothing. It is becoming something very bourgeois to ensure that lacking everything will be salvation ... Before it was more typical of Amish-type religious sects.

“I have nothing” are precisely the two words with which

where she tells how she left everything (more specifically television and the city) to isolate herself in a stone house where upon arrival there was no coverage, electricity or hot water. Is yours a utopian or dystopian story? Everything seems to indicate that it is a happy ending. How lucky to isolate you. How lucky to leave everything, how lucky not to have to see anyone. How lucky they leave you alone. If you notice, in all dystopian stories there is a happy ending for a few isolated people, a father and son for example. The whole family doesn't even have to survive.

Dystopias have always been there, but for the first time they are becoming a form of idealism.

They triumph on all platforms with fantasies that are increasingly better adapted to each palate.

Of love and monsters

(Netflix) for ecologists or

the last of Gerald Butler, for patriots.

(HBO) for feminists ... Or the new dystopian way of narrating Spanish politics, for all of us Spaniards.

A still from 'The Handmaid's Tale'. THE COUNTRY

They seem different stories but they all agree on one thing.

It is not about ensuring that material progress has failed, a fact that has been well proven, but about showing us that moral progress is also impossible and that the State or the market are to blame.

Whether one or the other is charged depends on who writes the script and on convincing the viewer that these two things can be considered separately.

But in the end, whatever the story, dystopian optimism always ends with the same menu: death first, destruction second and dessert, fascism.

Threatening a terrifying future is always a conservative stance that paralyzes the soul and thought.

And incidentally it prevents us from seeing what we have in front of our nose.

Winter is coming, they would say in

We all know that the characters would be different and would do other things if the zombies (white walkers) were already here. For example, they would stop whining about what is going to happen, they would pass the iron throne, they would live on love and not on interest and maybe even pay attention to what was happening to them. The good news is that our winter is here. We are in luck! You don't have to wait to live thirty, fifty or a hundred years. We already live in the worst of worlds. And now that? A little grandeur for our end, please. In the end, we will only die once. Material progress has failed, but moral progress is still possible and also depends on each one. Imagine the worst of all worlds started tomorrow. What would you do with your life? And with that of others? Well that. 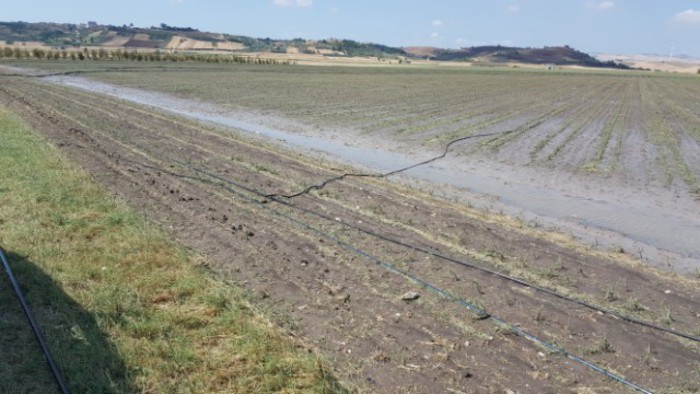 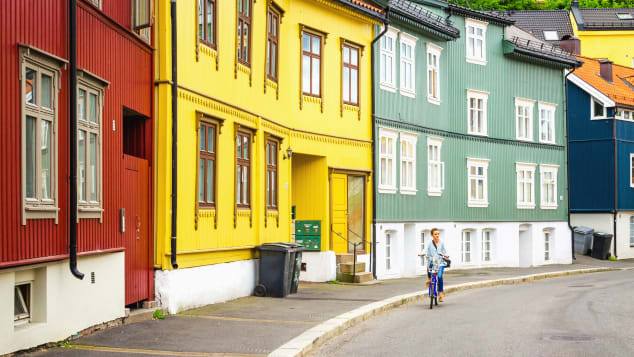 These are the happiest countries in the world in 2021 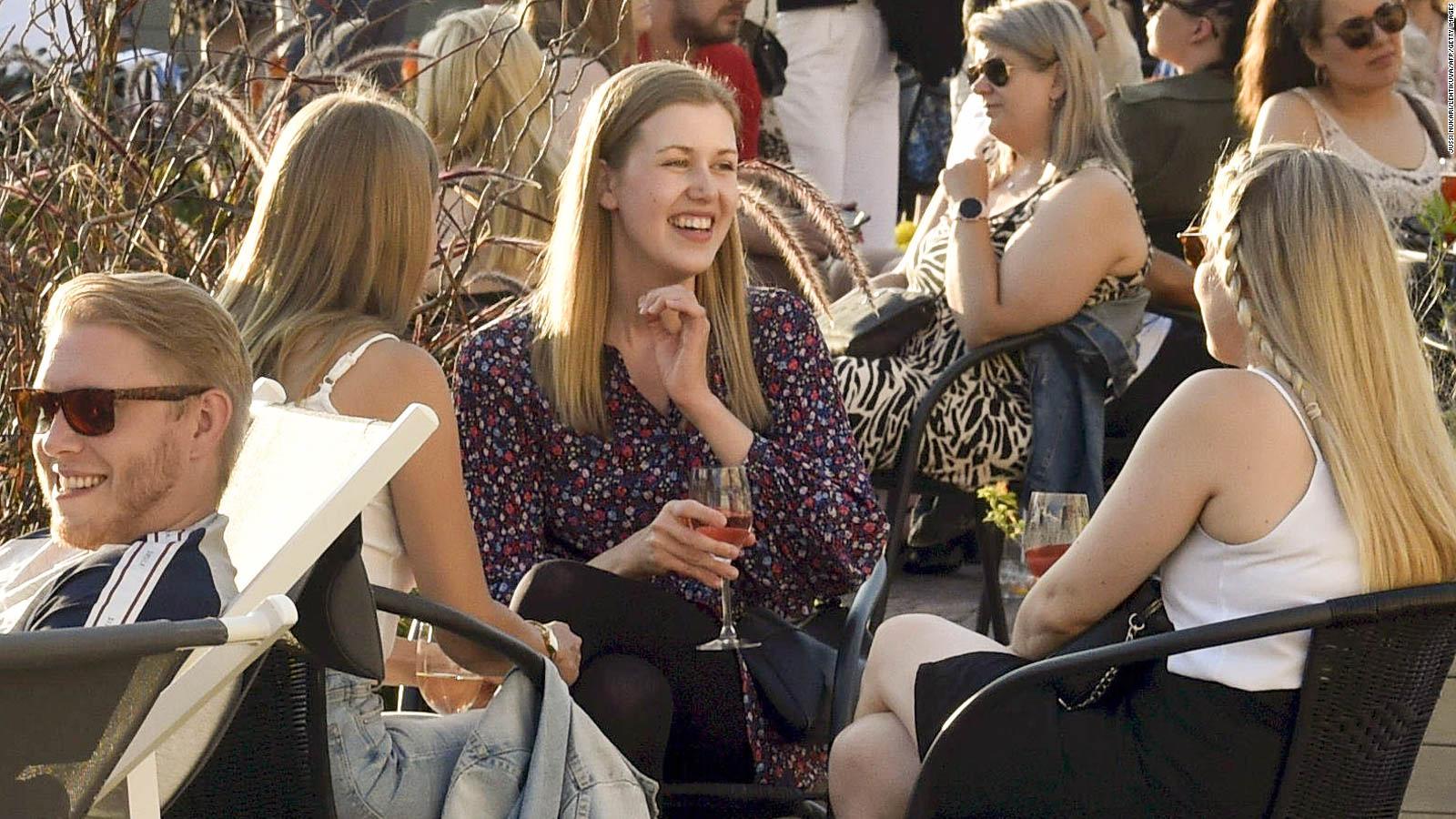 The pandemic could not with Finland: the country is still the happiest in the world | Video | CNN 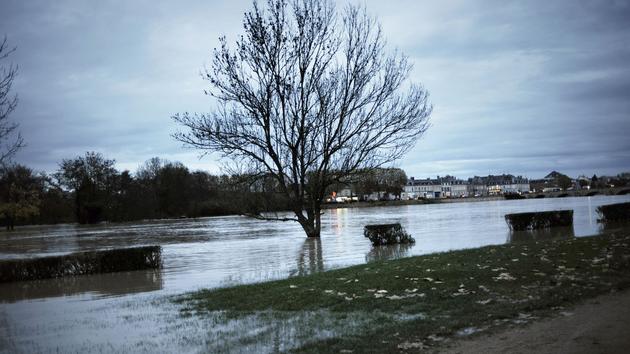 Floods in the South West: what is the use of the state of natural disaster? Pedometer and chewing counter: cow observations around the clock 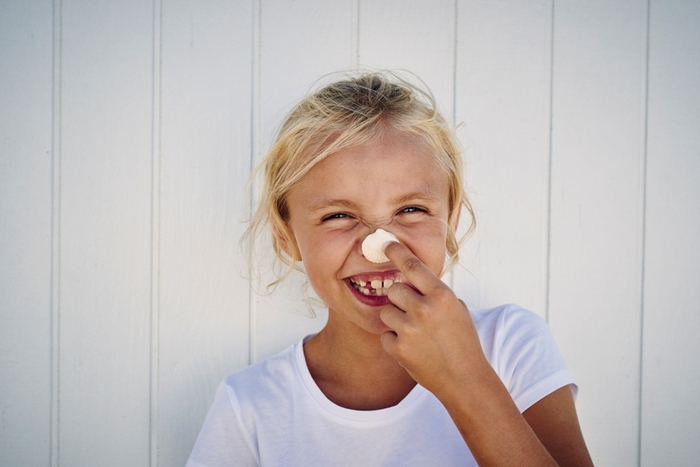 Day of happiness, a trip to countries that give well-being and joy