After years of declining, the number of national migrants to the United States has skyrocketed. If the pace is maintained, 2021 will end as the year with the highest number of Mexicans detained trying to cross the border in the last decade. 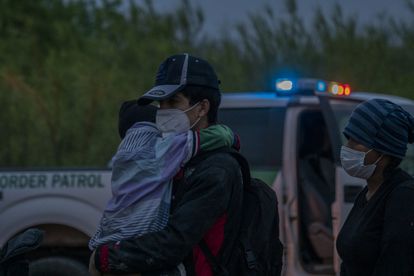 Iván Aguilar is 33 years old and has spent several months thinking about the same idea: leaving the country. You can't say you haven't tried. He works nine hours in an office in Cuernavaca, makes private transfers with his car and when he has time left, he and his wife fry chicken wings at home to sell at home to their acquaintances. He has just had his second daughter, lives in Jiutepec, a population of 182,000 in the State of Morelos, and is tired of the situation. His hope is the United States and two months ago he presented the papers to apply for a work visa. “Businesses have closed and businesses are laying off people. Everything is still paralyzed and I am desperate, "he sums up. "I throw all the desire in the world, but every week everything goes up: gasoline, gas, the basic basket, electricity, tortilla ...but never the salary, "he says.

The story of Iván Aguilar represents the return of a migratory phenomenon that seemed banished and the collapse of a squalid middle class that was beginning to reap its head. Just two years ago, the United States was the place he wanted to go "sightseeing" with his family when he managed to save a little, but lately he has been hoping to cross over to send money. "That is the panorama in my environment," he says. "I have talked with friends, family or colleagues and we always come to the same point: the only solution is to leave." Of the hundreds of press conferences that President Andrés Manuel López Obrador has given since he came to power in 2018, there is a phrase that Iván does not forget: "That Mexicans leave the country for pleasure and not for obligation." If you wanted to go with your daughters to Disney World before,today he aspires to be able to reach a town in California "to mop whatever it takes."

Migrant families from Central America surrender to elements of the border patrol in search of humanitarian asylum in the community of La Joya, Texas, United States on April 1, 2021. Hector Guerrero

This Friday, the president and vice president of the United States, Kamala Harris, spoke about the Central American migration problem, but did not mention the thousands of Mexicans who strongly enter a statistic in which until now there were only Hondurans, Guatemalans and Salvadorans.

According to figures from the United States Customs and Border Protection office, four out of every ten migrants detained at the border in recent weeks are of Mexican origin.

With a drop in GDP of 8.5% in 2020, in the last year thousands of Mexicans have joined a flow that aspires to reach the United States by any means.

Every month - in a trend that began before the pandemic and skyrocketed since the middle of last year - 40,000 Mexicans are detained at the border, up from 16,000 in the previous two years.

In the last month the figure reached 55,000 Mexicans and, if this rate is maintained, 2021 will end as the year with the highest number of Mexicans arrested in a decade, according to official figures from the United States.

An immigrant mother carries her children along the banks of the Rio Grande after crossing the U.S.-Mexico border on April 30, 2021, in Roma, Texas.

The phenomenon recovers figures and sensations that seemed banished in the collective imagination and reverses a migratory trend that had become negative, that is, more Mexicans returned to Mexico than those who tried to reach the United States. According to the Pew Research Center, between 2009 and 2014 one million Mexicans left the United States to return to Mexico while 870,000 tried to cross. The change in trend also includes many more unaccompanied children trying to reach the United States without documents.

According to Silvia Giorguli, president of the Colegio de México (Colmex), "the data confirm an increase in migration that seeks irregular channels and does not consider the option of applying for work visas and that pays between 4,000 or 6,000 dollars for the crossing," she explains. . According to the expert, the reasons for emigrating are economic - in April inflation exceeded 6% - violence and health. “After 2008, migrants who resided in the United States began to return and we began to see stories of extortion, robbery and kidnapping, and they saw no incentive to stay in their country and decided to return. And on the other hand health. It is not that the United States is the panacea in terms of health care, but there they have more options than here, ”he explains in an interview with EL PAÍS.

Added to this is the economic rebound in the United States.

, construction, which relies heavily on Mexican labor, fell 3.8% compared to 6% for the agricultural sector.

In the environment there is also the economic package approved by Joe Biden to inject 1.9 trillion dollars into the economy.

A group of migrants cross the Rio Grande to surrender to the Border Patrol in Ciudad Juárez, Chihuahua, Mexico.

For the migration expert, Eunice Rendón, in urban areas the reasons for emigrating are economic, but in rural areas it is violence that causes mass exoduses, she explains from Ciudad Juárez. “I have just met a mother from Michoacán with five children who left Tierra Caliente due to insecurity and upon hearing her testimony, she describes a profile similar to that of Central Americans and that did not happen before. Traditionally, Mexican emigration had been due to lack of opportunities, ”says Rendón, coordinator of Agenda Migrante. “In the call between Kamala Harris and López Obrador, they talk about the causes as if everything were an economic problem that can be solved with 'Sowing life', but of the 4,000 asylum visas that the United States granted last year to Mexicans, 95% they had to do with reasons of violence ”, he adds.

Parallel to the departure of migrants, more and more money is arriving in the country, in an economic relief celebrated by López Obrador as a source of pride at the generosity of Mexican families. In March, remittances reached a historical record of $ 4,151 million, the highest number of remittances for a month since 1995, according to the Bank of Mexico. In March, money transfers increased 30% compared to February and 2.6% compared to the same month of 2020, when about $ 4 billion arrived in the country, and the pandemic had not yet arrived. In 2020, remittances increased by 11% compared to 2009 and so far in 2021 they are already 13% higher than in the same period of the previous year. To measure the figure, the columnist Antonio Sandoval of the economic newspaper

, indicated this week that with the money sent by emigrants each year, the losses of Pemex and CFE could be paid, and there would be 123,561 million pesos left over to inject into both companies. 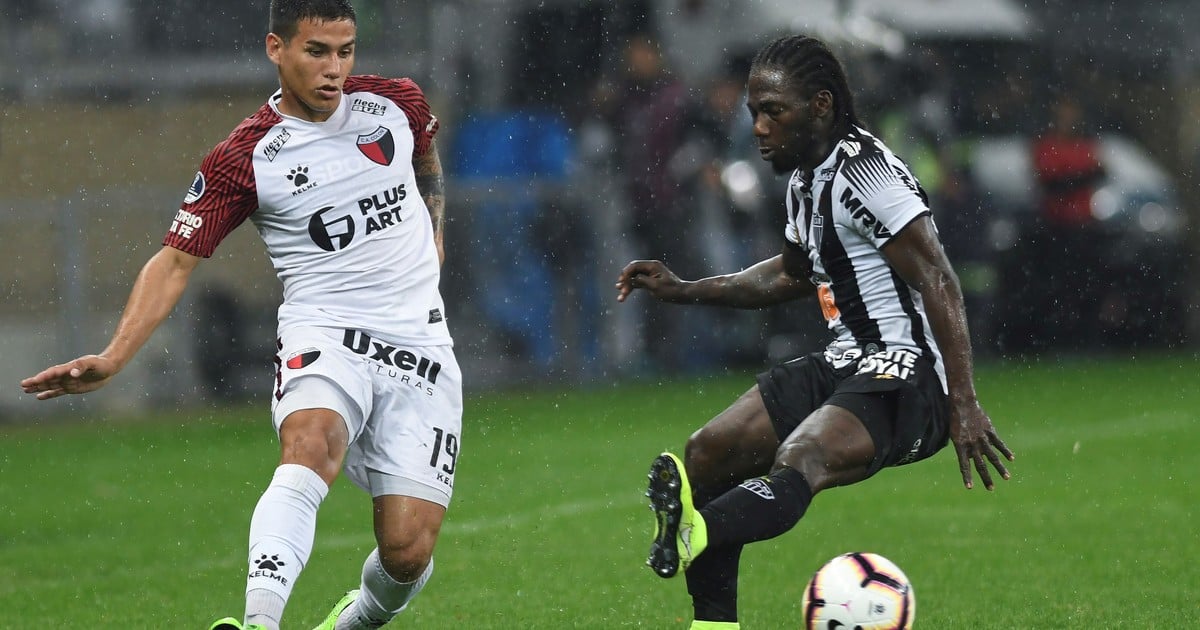 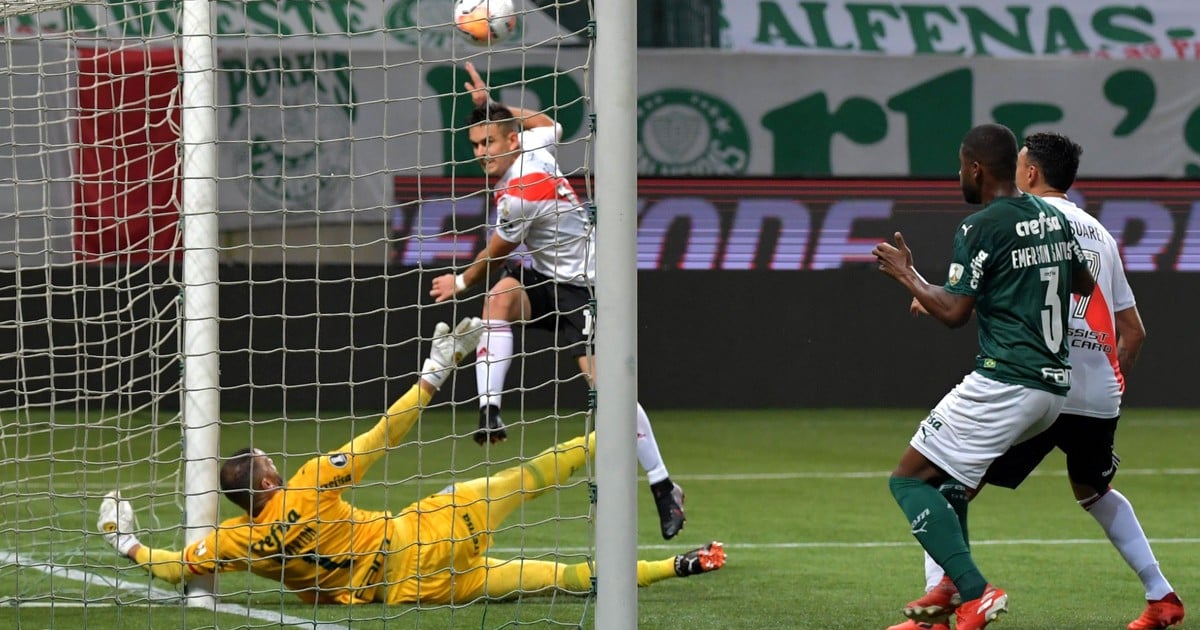 Borré's situation: does it renew and leave in June? 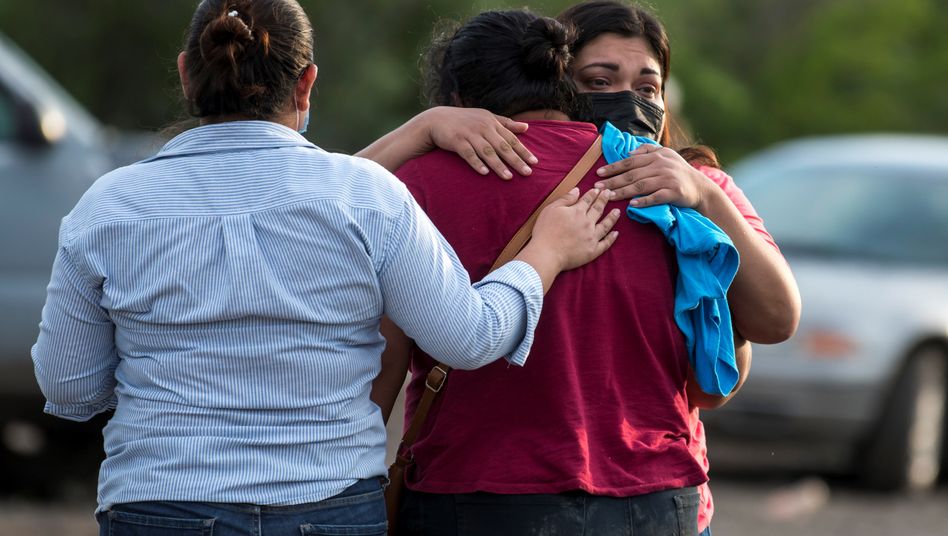 Mine disaster in Mexico - at least seven miners buried 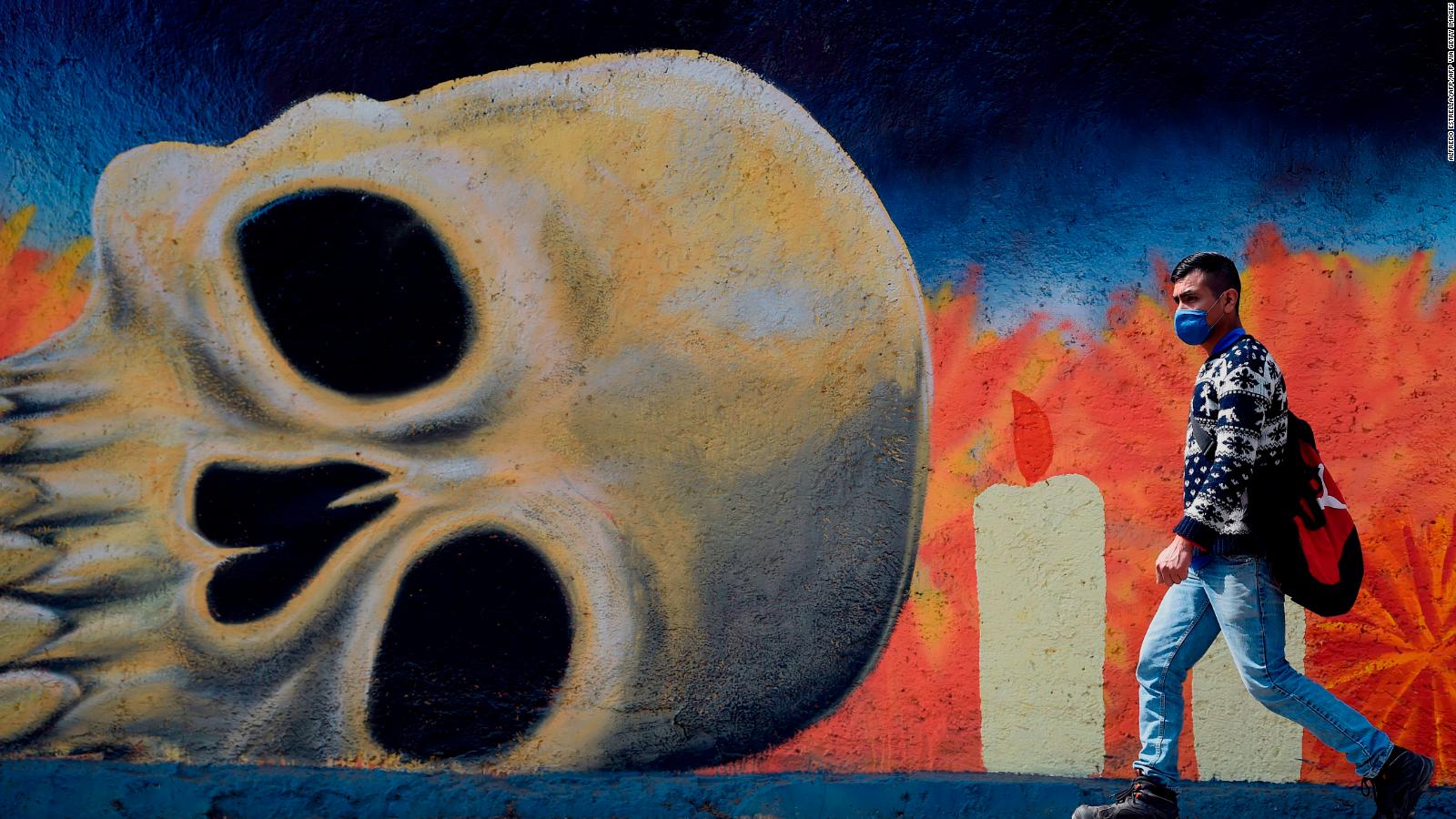 Concern in Mexico about the increase in deaths from covid-19, hospital saturation and oxygen shortage | Video | CNN

The 8-M fight, in vignettes 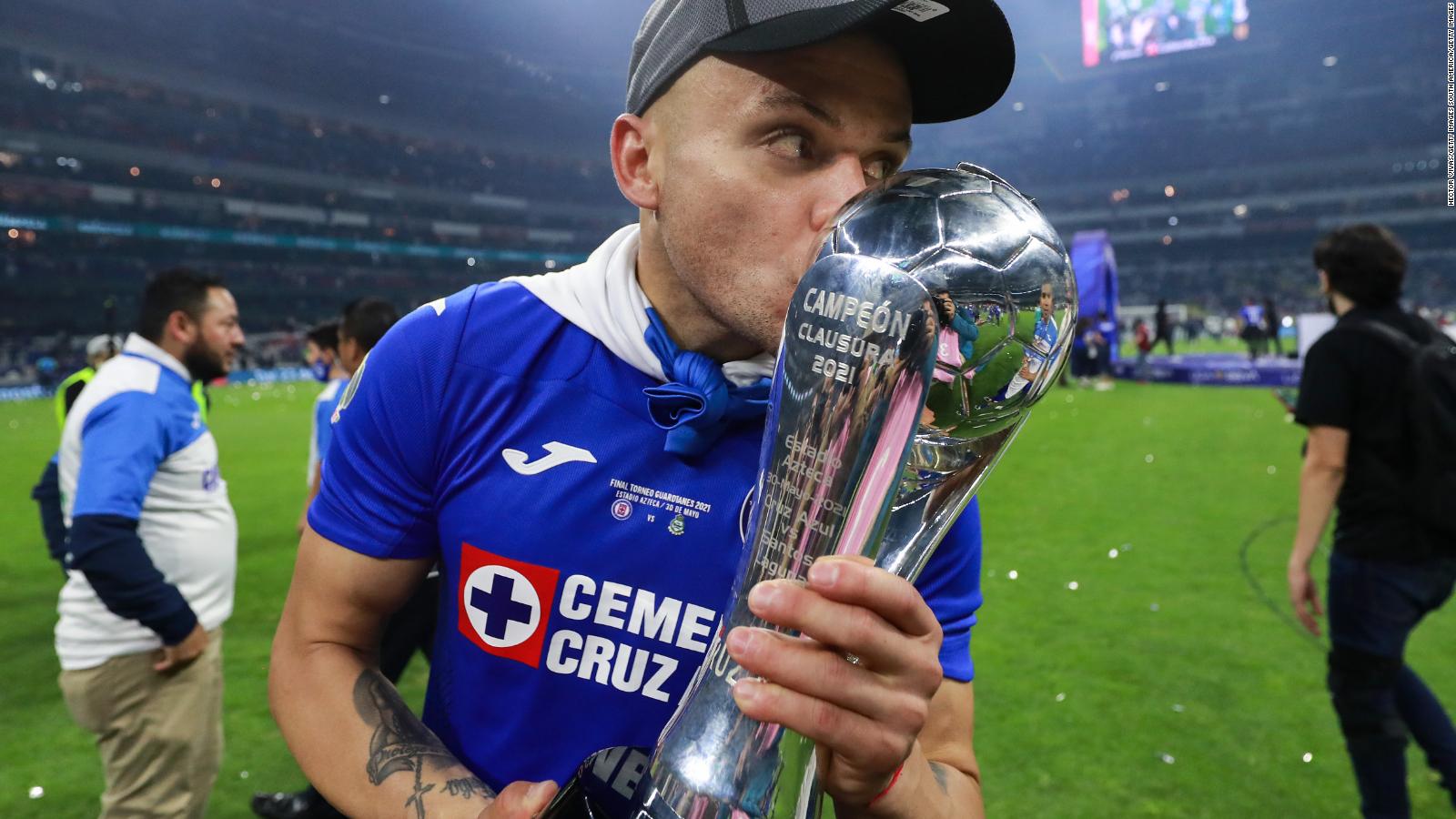 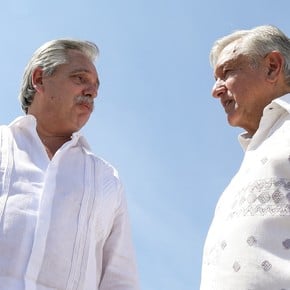 In the midst of the VIP vaccination scandal, Alberto Fernández insisted: 'They entangle us in discussions and debates that are not important' 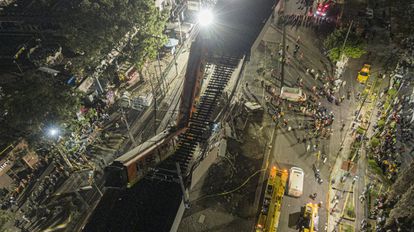