Declaring a dictatorship in the traditional style is no longer used in the region in recent decades. (Credit: FRANCISCO LEONG / AFP / Getty Images) Editor's Note: Roberto Izurieta is Director of Latin American Projects at George Washington University. He has worked in political campaigns in several Latin American countries and Spain, and was an advisor to Presidents Alejandro Toledo, of Peru; Vicente Fox, from Mexico, and Álvaro Colom, from Guatemala. Izurieta is also a contributor to CNN en Esp

Izurieta is also a contributor to CNN en Español.

The opinions expressed in this column are those of the author alone.

Declaring a dictatorship in the traditional style is no longer used in the region in recent decades. Hugo Chávez was the first to realize that. After all, it has become easy - and accepted by many - simply to seize power at all functions of the state. Some do so through apparently legal instruments, others have dissolved Congress or called for elections when their popularity has allowed it (also with legal arguments and alleged political justifications). In the end, the idea of ​​"everyone's leaving" has always sounded attractive to many, referring to politicians and elected authorities.

The «socialism of the XXI century» assumes power after years of financial crisis in the region and takes advantage of the coincidental bonanza of the high prices of raw materials and natural resources (especially oil and gas, in the case of Venezuela, Bolivia and Ecuador) to call recall referendums and assemblies where they obtain absolute majorities and design a custom constitution. The measure never comes out, because from time to time they change measures, with the complicity of the other powers of the State and sometimes, outside of it (the courts and control of the media), to move towards absolute control of the state. can.

We always tend to classify dictatorships by their ideological nature. Most of the right wing was silent during the dictatorships of Augusto Pinochet, Alfredo Stroessner or Jorge Rafael Videla, among many others. And many on the left are now silent with the dictatorship of Venezuela, Nicaragua and Cuba. I never understood that lack of consistency that seems like an intellectual hypocrisy or complicity. A dictatorship must be denounced, be it from the left or from the right.

Undoubtedly, according to the legislation of each country, there are more or less strong executive powers.

In Peru, there are legal instruments that allow Congress to grant legislative powers to a president.

That power has been granted to the Executive on multiple occasions: they even gave it to Pedro Pablo Kuczynski when the majority of Congress was led by Keiko Fujimori, and it happened just after he defeated her in the presidential elections.

On the contrary, in Paraguay a Constitution was approved in 1992 in the shadow of Stroessner's exile, designing a very weak Executive and a very strong Legislative so that, if Stroessner returned, he could be controlled from Congress.

This also ends up being deeply dysfunctional and for me it explains one of the reasons for Paraguay's political and economic backwardness.

In recent years, the Dominican Republic has also suffered the political domination of one party.

Luis Abinader is the first president since 2004 of a party that is not the PLD and with the exception of Hipólito Mejía (of the PRD), the only new party since 1996. That is a good sign and as a democrat, Abinader is in charge end that concentration of power.

There are presidents who use their political rostrum with strong leadership and push their government agenda. In my opinion, that is legitimate and even necessary. But what President Nayib Bukele is doing in El Salvador is clearly an abuse of power that demonstrates his totalitarian plan. Vanity is one of the most dangerous things in politics. President Bukele, elected in 2019 with 53% of the votes, faced Congress for having placed limits on the resources he requested for some of his government programs. In February of last year he entered the legislative headquarters accompanied by uniformed and armed soldiers, a crude attempt to intimidate opponents. Bukele waited for the February elections, when his party won an absolute majority in the new Legislative Assembly.And then his first act was to "judge" the magistrates of the Constitutional Chamber of the Supreme Court. The same ones who had condemned human rights violations of prisoners in prisons and protesters detained in the streets. The pro-government deputies argued that the magistrates had acted “against the Constitution… they were defending particular interests” (proper function of judicial control in any democracy) and they dismissed them.

But President Bukele replied: "To our friends in the international community: we want to work with you […] but with all due respect: we are cleaning our house […] and that is none of your business."

Mexico does not escape danger.

Two weeks ago, the Congress of that country approved a reform to the Judiciary, whose authorship was recognized by President Andrés Manuel López Obrador (AMLO) that contradicts the current Constitution, according to which (Art. 97, paragraph 4): “Every four years , the Plenary will elect from among its members the president of the Supreme Court of Justice of the Nation, who may not be reelected for the immediate subsequent period. "

AMLO wants to control the Mexican judiciary and to do so extend the presidency of his friend (this is how they both recognize each other in public) Minister Arturo Zaldivar for two more years. The unanimous agreement of the opposition, bar associations, law schools and even several international organizations warning that this means interference in internal affairs of the judiciary did not prevent their vote, of course in favor of the presidential will. Last week it was learned of an investigation (by subordinates of the president) against Judge Juan Pablo Gómez Fierro, who in recent months has protected dozens of individuals seeking the protection of the Federal Justice, considering that the Executive violates their constitutional rights . The Judicial Council did not find any irregularities in its judicial decisions.

All these attitudes only feed the fears of those who see in these rulers authoritarian yearnings to exercise absolute power.

Vanity is one of the most dangerous things in politics and there are several leaders in Latin America who govern by feeding their ego, willing to go over everything and everyone.

They forget that their task is to govern, serving the people, not using the power entrusted to their people.

The American continent must face these challenges, denounce its dictatorships and warn about the limits of democratic power, because it is the only way to progress in the region. 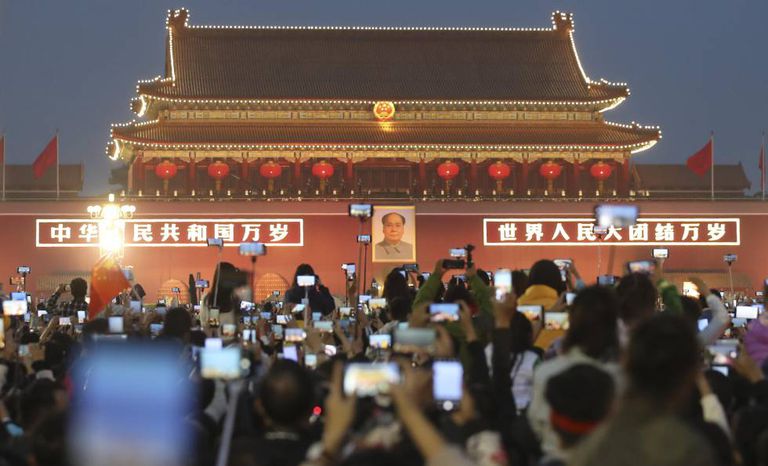 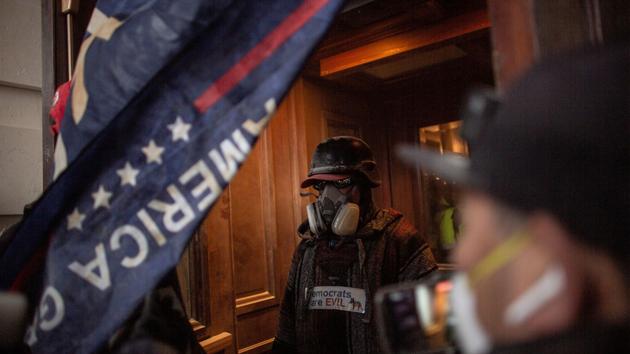 The democratic banner, carried by America, is withered Harassing or killing the dissident is free 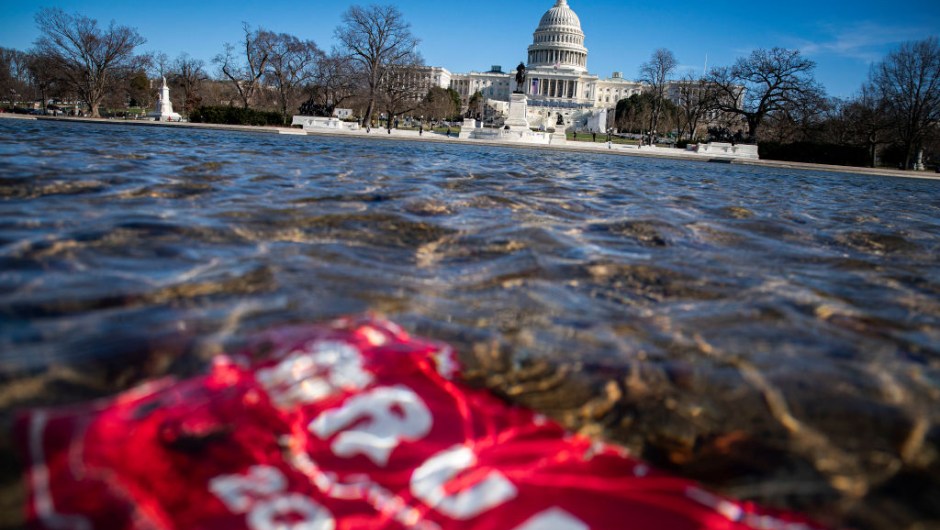 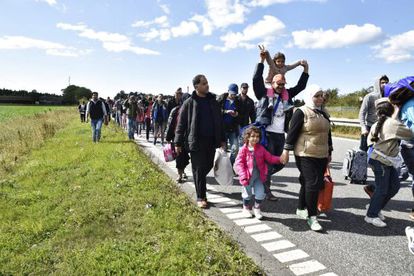 The gravediggers of community law 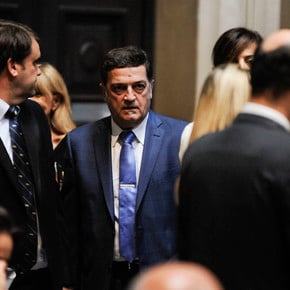 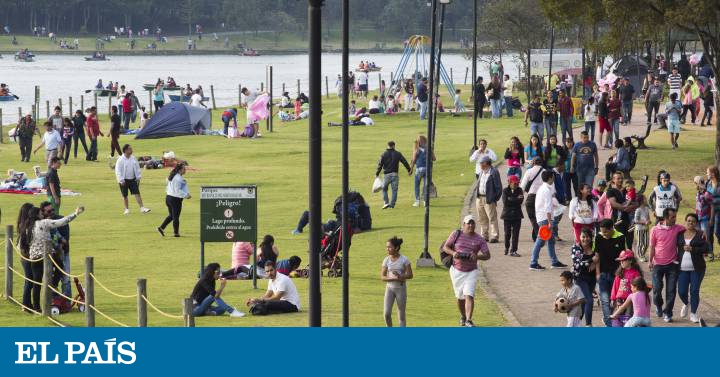 The era of feminist cities 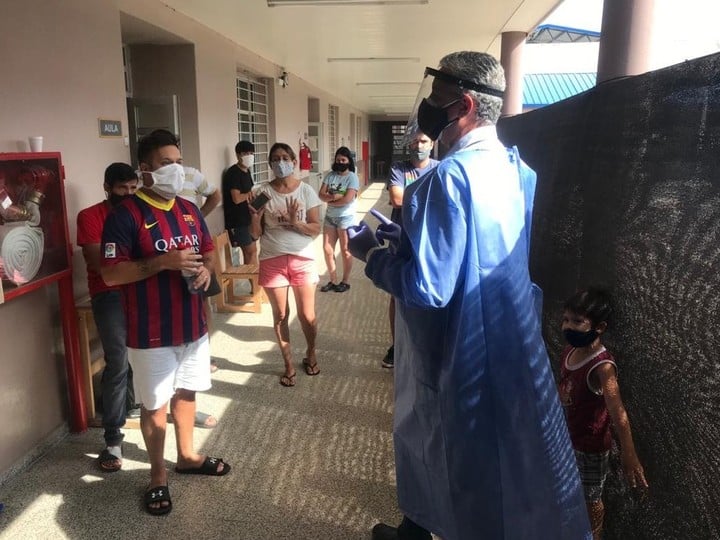 Hard letter from opponents for the situation in Formosa: 'It puts the Government on the edge of the authoritarian precipice'