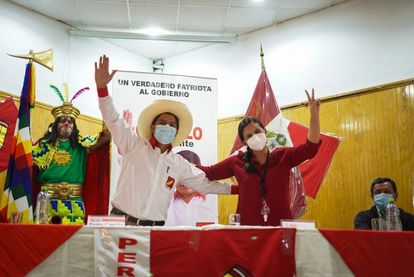 The presidential candidate Pedro Castillo and the leader of the left Verónika Mendoza sign an agreement this Wednesday.TWITTER MOVIMIENTO NUEVO PERÚ / Europa Press

The rural teacher Pedro Castillo moderates his speech in the final stretch of the presidential elections in Peru, which will be held on June 6. The radical candidate, who leads all the polls against Keiko Fujimori, has abandoned some of his proposals raised before the first round and that threatened the legal order. Among them, he had requested the death penalty for criminals and corrupt people, had declared himself against equal marriage and had threatened to deactivate the Ombudsman's Office for not resolving disputes that affect peasant communities. In the face of criticism that accused him of wanting to impose an authoritarian regime like the Venezuelan,The presidential candidate signed on Wednesday a ten-point commitment in which he guarantees respect for international treaties and the rights of minorities, and specifies that he will promote a constituent assembly but following the current rules of the game.

Commitment to the Peruvian people

recalls the one signed in April 2011 by Ollanta Humala, during the second round campaign, when he moderated his speech. That gesture by Humala, which he embodied in an agreement called 'Commitment in defense of democracy', earned him the support of civil society organizations and anti-Fujimorism, including the 2010 Nobel Prize for Literature, Mario Vargas Llosa. The retired military man won the elections to Keiko Fujimori, who then had run as a presidential candidate for the first time.

Castillo has also promised not to repeat the mistakes made in the management of the pandemic and to guarantee "vaccination for all and without privileges", alluding to the

that broke out in February when the press revealed that former president Martín Vizcarra and dozens officials from the health and foreign ministries had been secretly vaccinated with vials of Sinopharm sent by the Chinese government for "personnel related" to a clinical trial.

Vaccine tourism is also on the table, since since April some 1,500 Peruvians travel to the United States every day to immunize themselves due to the slowness of the process in the Andean country.

Since the first round, on April 11, most of the press and opinion leaders in Lima have questioned Castillo and the moderate leftist Verónika Mendoza for promoting a referendum for a constituent assembly that ends the 1993 Constitution. Letter, approved by a Fujimori majority constituent congress, installed the neoliberal economic model in Peru after the autocratic Alberto Fujimori self-coup in April 1992. “We have offered fundamental changes in the country, such as the convening of a Constituent Assembly. I promise that all this will be done within the current legal framework. No more coups, ”says the document signed by Castillo, at the end of an act in which he announced a political agreement with Mendoza, with whom he separately signed a joint declaration.

In order to ward off the fear that a communist or Chavista regime will install, as his opponents point out, the Peru Libre candidate has promised to leave office on July 28, 2026 if he wins the elections. I will return to my school to continue working for my people, ”he says.

The candidacy of Mendoza, leader of the New Peru movement and former candidate of Together for Peru, had spearheaded the demands of the LGTBI population during the April campaign, from which Castillo has always distanced himself.

The political agreement now reached between the two includes Castillo's promise, although without major concessions, to respect the rights of minorities and "defend the human rights of all Peruvians."

"In addition, I will respect the international treaties that Peru has signed on this matter," he adds.

The union leader of the teachers has also backed down in his threats to institutions that, according to him, do not work in favor of the most needy, but of large business or private interests.

“For that dream country to come true, it will be necessary to strengthen democracy, guarantee freedoms and consolidate institutions.

The Constitutional Court, the Ombudsman's Office, and the regulatory bodies of the State will be strengthened so that they fulfill their true objective: to serve the people ”, he has offered.

According to the most recent poll, by Ipsos Peru, 43% of voters will vote for him and 34% for the eldest daughter of the autocrat Fujimori.

The leader of the Fuerza Popular party, however, remains in the lead in Lima, where a third of the electorate resides. 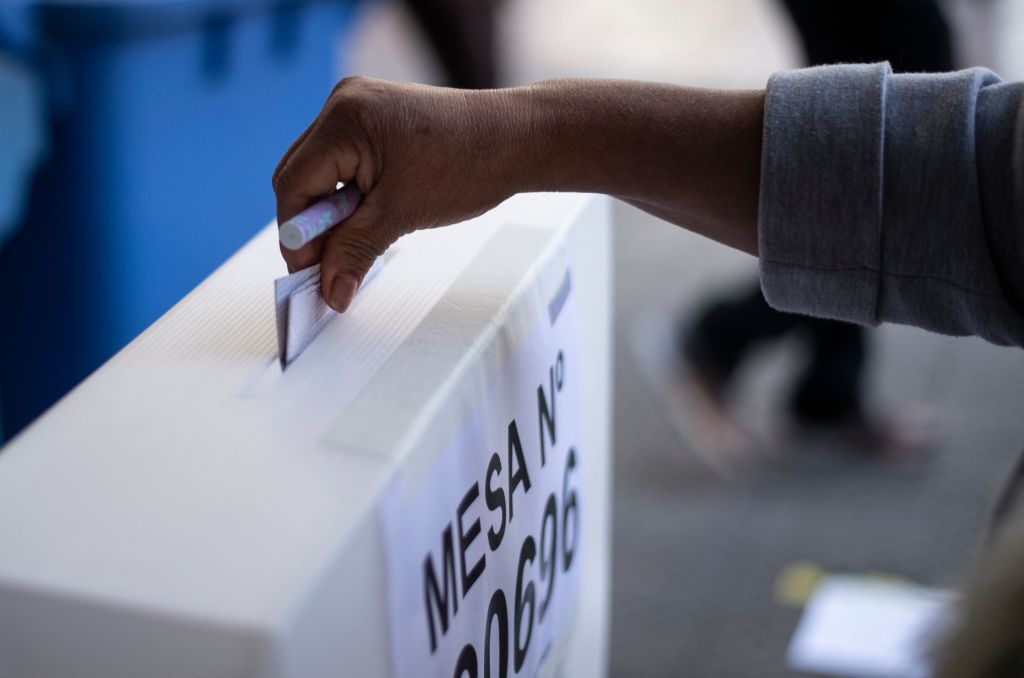 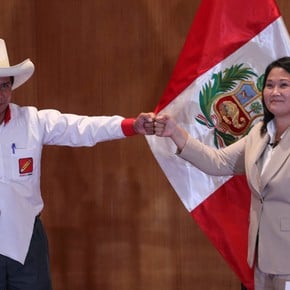 Peru: at least 18 dead in an armed attack attributed to the Shining Path in a coca-growing area 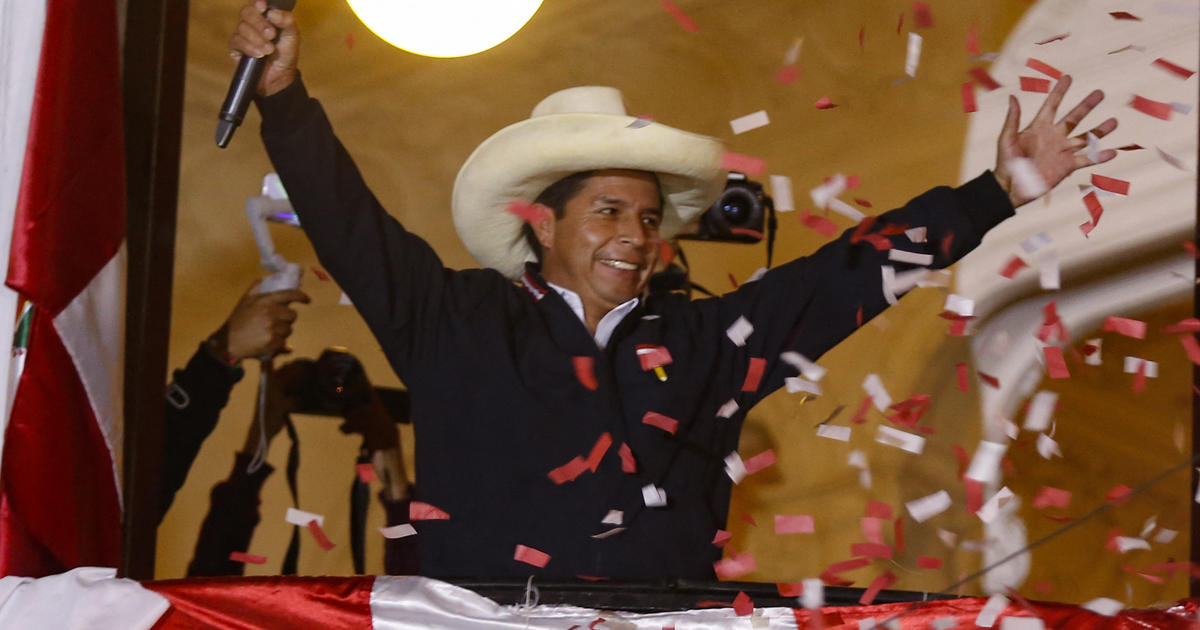 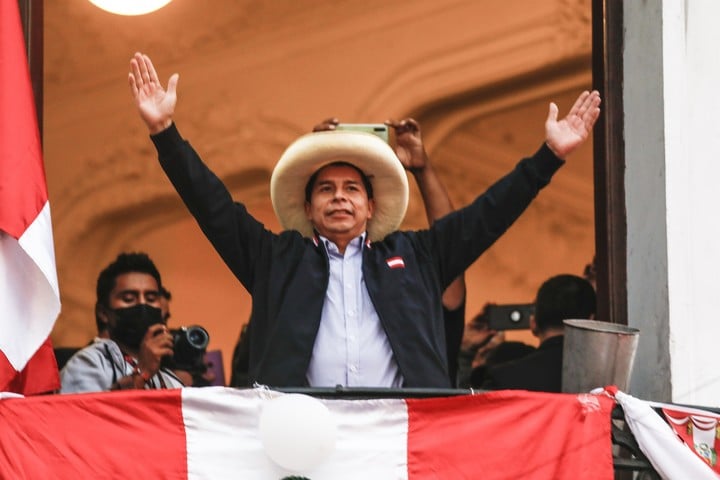 After Alberto Fernández's congratulations to Pedro Castillo, Mauricio Macri and 16 other former presidents call to wait for the results in Peru 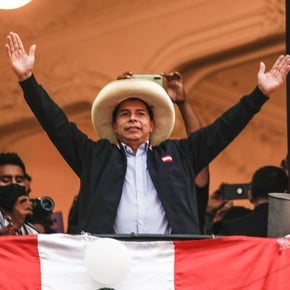 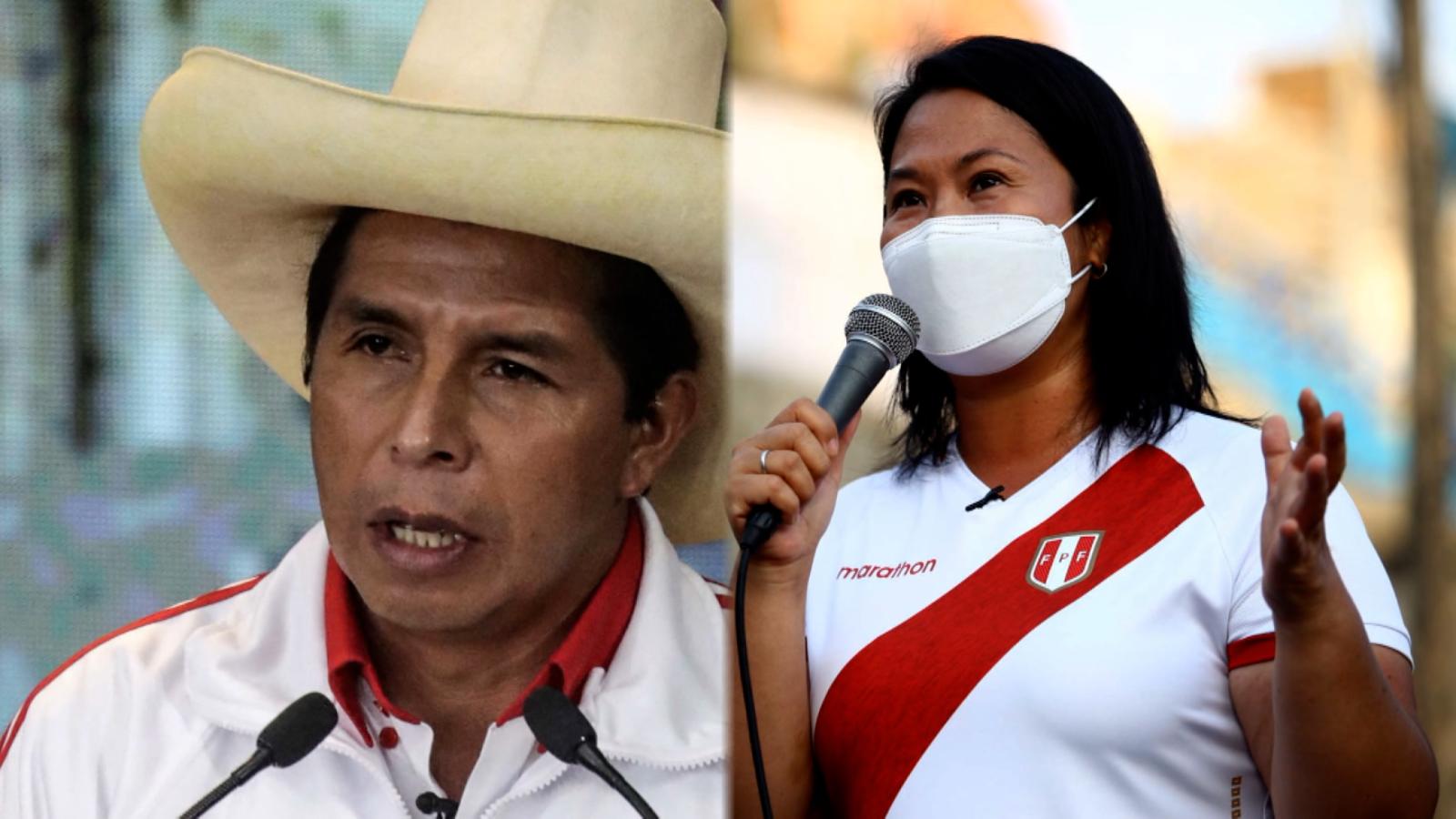