IN IMAGES - During the celebration of Victory Day in Russia, the Russian president lamented that ideas from Nazism "are brought up to date", denouncing the return of "racist speeches, national superiority, anti-Semitism and of russophobia ”. 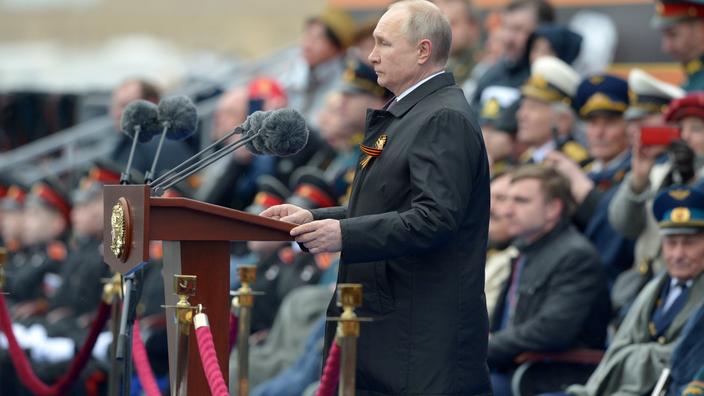 its national interests, President Vladimir Poutine promised on Sunday during the celebrations marking the Soviet victory over the Nazis and denouncing the return to the world of racist and “

At the same time, we will firmly defend our national interests and ensure the safety of our people,

”he said, in front of hundreds of soldiers in ceremonial uniforms and at attention gathered in Red Square.

Russian servicemen during the Victory Day military parade, which marks the 76th anniversary of the victory over Nazi Germany in World War II, in Red Square in central Moscow.

According to him, ideas from Nazism "

are brought up to date

", denouncing the return of "

More than 12,000 men as well as 190 vehicles and weapons systems began to parade after the speech in front of the Head of State and an audience of officials and veterans for this traditional parade marking the victory over the Nazis during of World War II.

A total of 190 vehicles and weapons systems marched.

The May 9 celebrations across Russia, with military parades through major cities, are a moment of patriotic communion dedicated to the some 20 million Soviets killed during the conflict.

According to the public polling institute Vtsiom, for 69% of Russians it is the main holiday of the year.

For me and my family, it is a holiday celebrating a victory for the Russian people.

We are proud, we remember and we honor our loved ones and our courageous soldiers

”, explains to Vladivostok Yulia Goulevskikh, an accountant who came with her daughter to attend the procession of soldiers in her city in the Far East.

Russian special forces march through Red Square during the Victory Day military parade in Moscow on May 9, 2021. KIRILL KUDRYAVTSEV / AFP

It was only after the fall of the USSR that the great military parade of May 9 in Red Square became an annual event.

Vladimir Putin placed May 9, in more than twenty years in power, at the heart of his power policy, extolling the sacrifice of the Soviets and regularly accusing his Western adversaries of

" by seeking to minimize the role of

the USSR in the defeat of Adolf Hitler.

Russian Sukhoi Su-25 assault planes emit smoke in the colors of the Russian flag as they fly over central Moscow during the Victory Day military parade on May 9, 2021. ALEXANDER NEMENOV / AFP

The Soviet people kept their sacred oath, defended the homeland and freed the countries of Europe from the brown plague,

" he said on Sunday. Putin on the Anniversary of Victory over Nazism: We will continue to defend international law and our national interests

Biden assures Europeans of his support before meeting with Putin Putin: Russia will not hesitate to respond to any hostile steps targeting it The Kremlin in response to Macron: Moscow is not looking to politicize vaccines 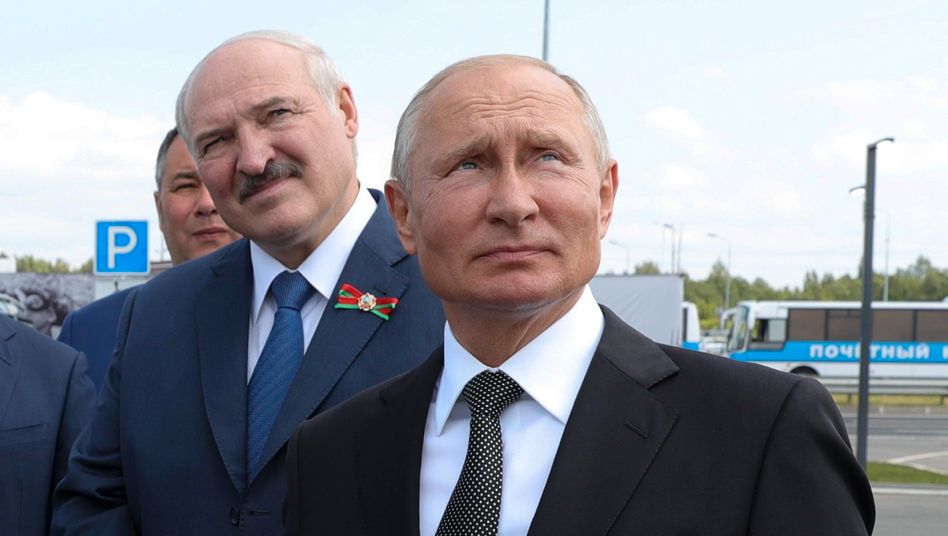 Six months after the start of the mass protests: Lukashenko meets with Putin again

Biden: "The war in Yemen must end" Israel today