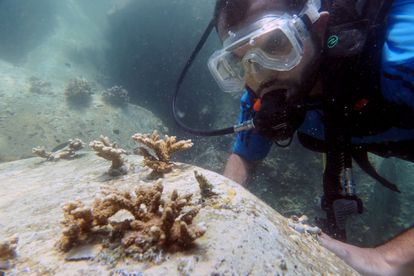 Gorgonians, despite their apparent similarity to plant organisms, are colonial animals (belonging to the group of cnidarians).

These structural organisms are of great ecological value in marine ecosystems, since thanks to their colonies, frequently branched, they form underwater forests that offer refuge and breeding areas for numerous species.

A research project developed by the University of Seville (US) with the support of the Biodiversity Foundation, the Ministry for the Ecological Transition and the Demographic Challenge, tries to recover these colonies in the surroundings of the Island of Tarifa (Cádiz) with a system halfway between surgery and underwater gardening: the transplantation of gorgonians on the seabed.

María Montseny, a biologist from the US Biodiversity and Aquatic Ecology research group, is part of the GOTARES project, directed by Pablo J. López-González, professor in the Department of Zoology.

The objective is the restoration in Tarifa of these slowly growing organisms (one centimeter per year) and great vulnerability to threats such as global warming, pollution or the presence of invasive species.

“They are like the trees of the sea and fundamental for a great associated fauna.

If these structural organisms are missing, it affects the rest ”, he explains.

a species of Asian origin that, According to Montseny, it not only occupies the living space of the gorgonians, but also covers them, preventing their feeding.

Added to these threats are the increase in water temperature, favored by climate change, and the rest of the factors common to environmental degradation.

“Our natural environment is badly damaged and the situation must be reversed.

The solution has to come from many areas, but the regeneration of the gorgonian forest is an important step and it can be done ”, says the biologist.

Gorgonians are animals, also known as sea fans, with an arborescent morphology, which is why they form underwater forests whose three-dimensional structure is essential for the development of the fingerlings of many other species.

This uniqueness requires that its restoration be carried out using a transplant technique close to surgery, with fragments of donor specimens, and implantation in their habitat, a phase more similar to gardening.

Montseny explains that the GOTARES project sections healthy fragments of existing specimens that are taken to a laboratory to classify them according to their sex and original population and implant them in an artificial substrate.

Once they thrive, these established cuttings settle to the bottom of the sea.

The process has to be carried out with divers, although the possibility of "seeding" coral larvae is being studied in the future.

"The goal is to create a garden that is as varied and resilient as possible," sums up Montseny.

To reproduce, corals release sperm and eggs that form larvae that adhere to a surface to develop coral polyps.

But most do not survive, and if they do, it takes years to reproduce and form entire reefs.

Researchers at the Carl R. Woese Institute for Genomic Biology (IGB) at the University of Illinois have studied increasing the rate of coralline regeneration by creating artificial structures that encourage larval settlement and reduce the growth of competing species.

The most common gorgonian species in the western Mediterranean is the white (Eunicella singularis), which develops between 10 and 50 meters deep on rocky bottoms.

Amy Wagoner Johnson, research director and professor of mechanical science and engineering, has applied her regeneration knowledge to these structures.

"We thought it would be really interesting to adapt some of the things that we have learned from tissue engineering to apply it to coral reproduction," he says.

A researcher from the US, looking for gorgonians on the seabed around the island of Tarifa last March.GOTARES (BECA-US) / EL PAÍS

), which develops between 10 and 50 meters deep on rocky bottoms. Its restoration, according to the Biodiversity Foundation, can add to the ecological value an economic attraction due to its effect on the recovery of fishing species in the area and as a tourist attraction for divers.

Peter Edmunds, a biologist at the University of California State Northridge, shares this triple value: "Coral reefs act as habitats for fish and other marine species, provide food for everyone and generate tourism for coastal economies."

As the scientist, who has studied the effects of hurricanes in these colonies, explains to the University of Buffalo, the research "gives us the opportunity to better understand the recovery process."

A study by the University of Barcelona and the Institute of Marine Sciences estimates that heat waves in the Mediterranean have reduced the presence of gorgonians by up to 93% in some of the areas analyzed.

Ocean Sciences researchers at Bangor University, in a study published in

, conclude that, although the most urgent actions are on warming factors, it is also necessary to consider new management techniques for the affected areas. The study highlights the different levels of resilience of the corals and also in the microbial sphere, among the microorganisms that live symbiotically within the corals. Some are more resistant to rising temperatures and could survive and compete under higher future temperatures. Not all reefs have these strains of symbiotic microorganisms, so scientists are increasingly trying to come up with bioengineering methods to aid corals in survival and recovery. Garden after the rain: what to do when the meadow is under water 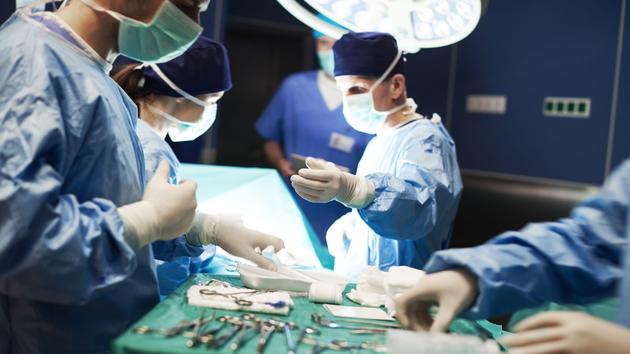 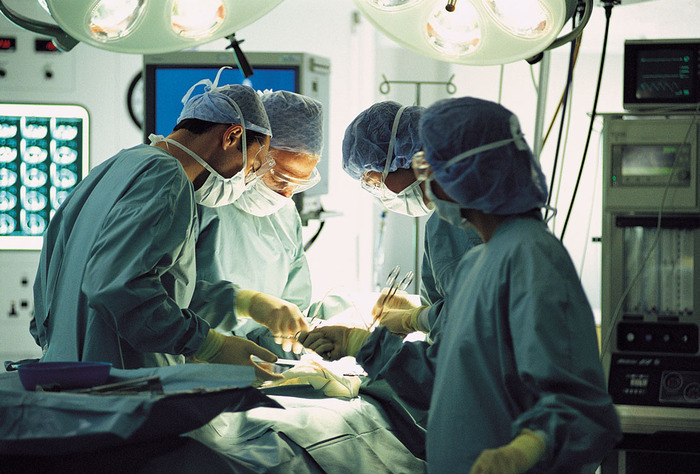 From surgeons open letter to Italians, 'vaccinate yourselves' 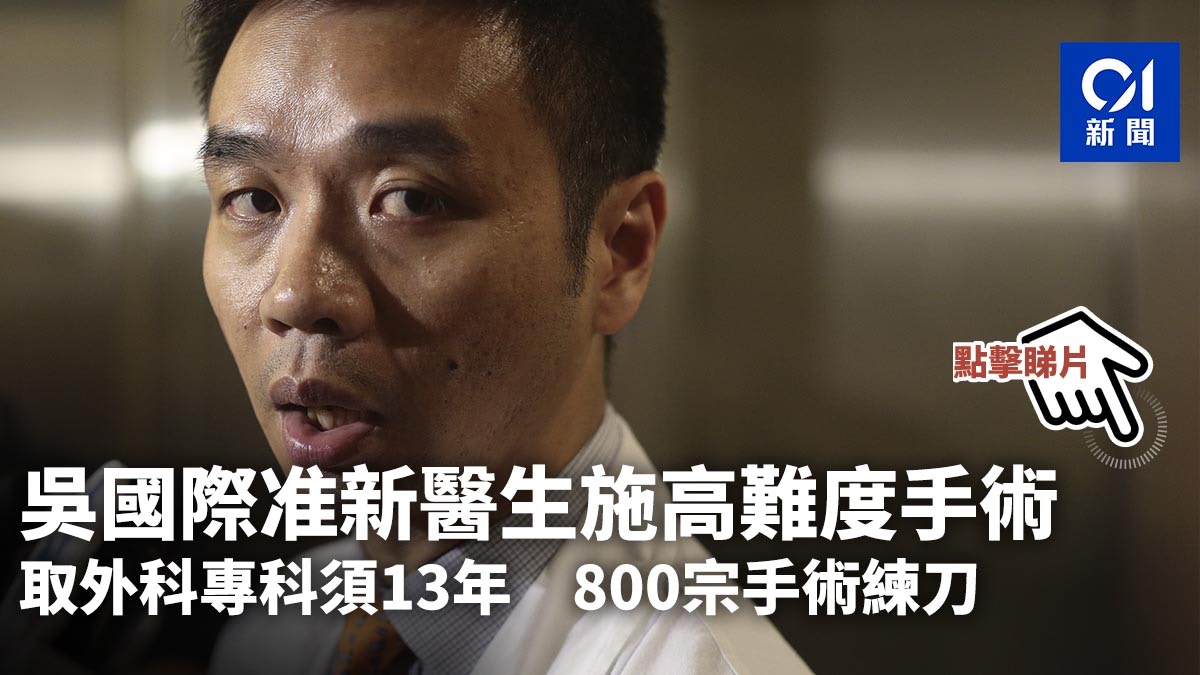 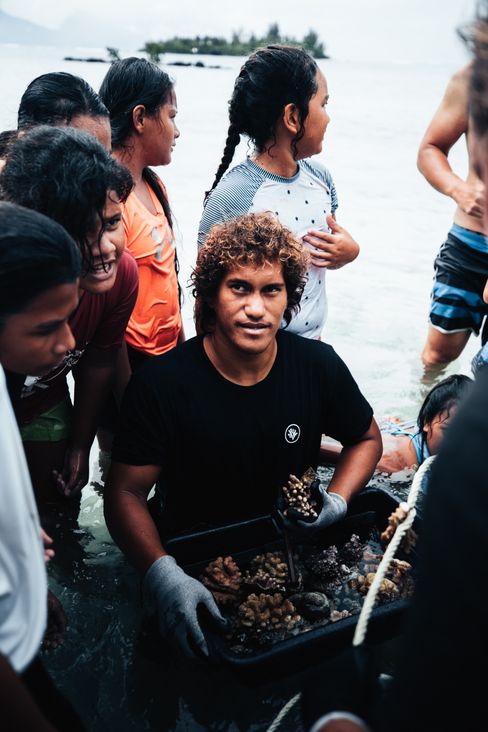 Coral bleaching in French Polynesia: The reef rescuers of Moorea 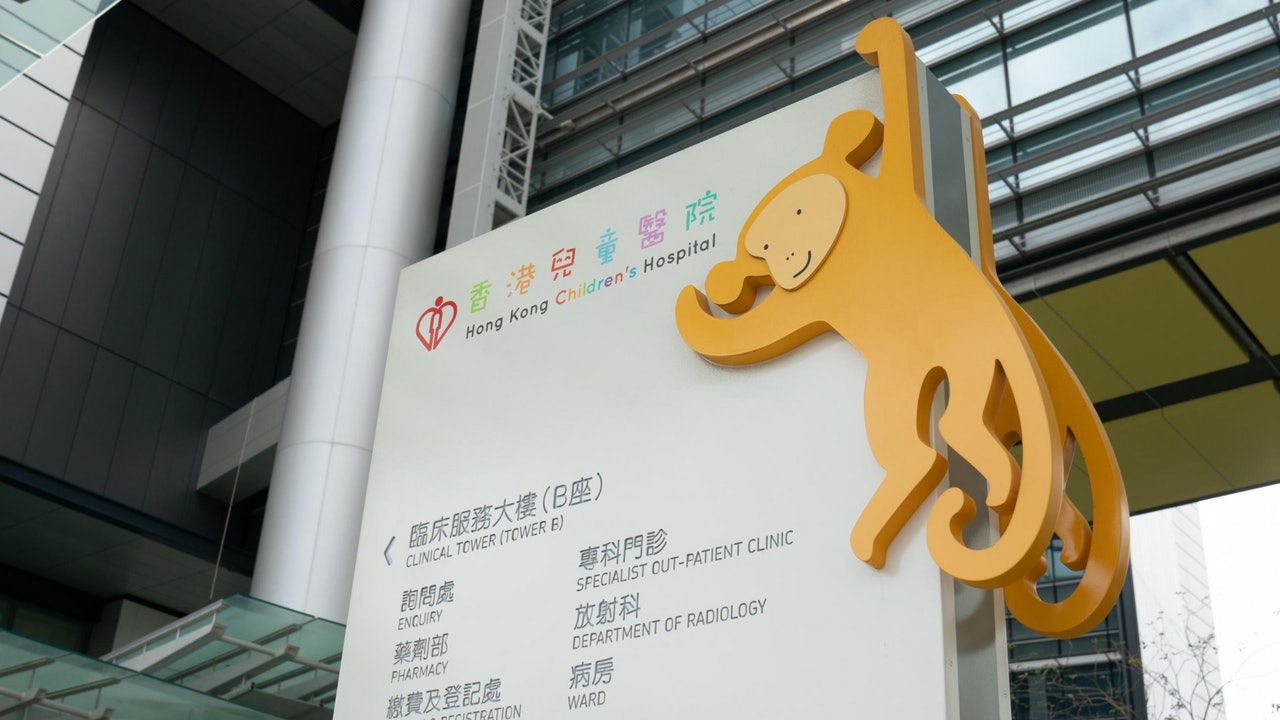 More inquiries about cosmetic surgery during the corona pandemic

Third-party vaccination: Anyone interested can come to the Freising Vaccination Center - under certain conditions
2021-10-20T06:24:07.527Z

Firefighter Injured|Cleaning up a collapsed tree on Daguling Pingyuan Road, a firefighter was sent to the hospital with a branch injury to his head
2021-10-20T06:05:21.950Z