The Government negotiates the meeting with the director of the IMF for Friday, before returning to the country. The first day in Portugal. 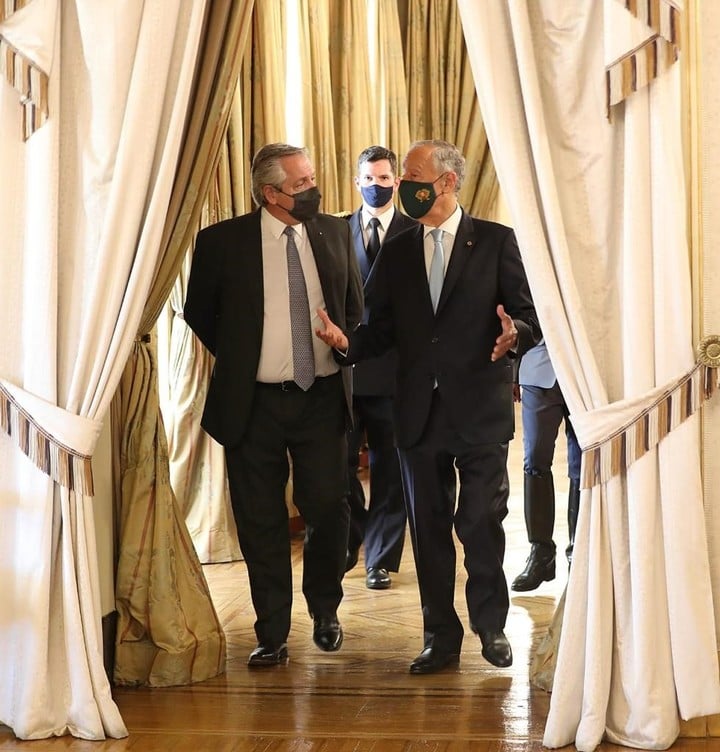 "We have come to ratify our agreements with Europe, so that they accompany us in development."

Relaxed and in a good mood, in a section of the bar of the Eurostars Museum hotel facing the Tagus River -the longest on the Iberian Peninsula-, in Lisbon, Alberto Fernández was expectant on his first stop on the European tour, and in the entourage Argentina did not rule out at this time a meeting between the President and Georgieva Kristalina, the director of the IMF, on Friday in Rome, hours before the return to the country.

The meeting, which was still being negotiated between the delegation and the authorities of the Monetary Fund, was subject, according to official sources,

to the agenda of the director of the organization,

does plan to participate with Martín Guzmán in an activity in the Vatican.

For the President, the meeting with Kristalina, with whom in recent times he had some more conversations than those that officially transpired, would be the ideal end of the trip completely crossed by the

renegotiation of the country with the Monetary Fund, a program that Fernández and Guzmán they hope to reprogram with the support of Europe.

That is, from Portugal, Spain, France and Italy, in addition to Germany.

An issue that, in Argentina, generates internal misgivings with the sector of the coalition that responds to Cristina Kirchner.

Although Berlin was not among the destinations of this week's tour due to health restrictions in that country,

the government assured that next week there will be a virtual meeting with the German authorities.

"There is a lot of expectation to see her (Kristalina), we are looking at her agenda," they

abounded from the official delegation to this newspaper.

In this sense, the first official meeting of the tour with Marcelo Rebelo de Sousa, the Portuguese president, in the charming Palace of Belem -his residence that was declared a national monument in 2007 that, however, he does not use to live-,

was more How auspicious for Fernández.

Alberto Fernández signed the guestbook before the meeting with the President of Portugal Marcelo Rebelo de Sousa.

"In 2011, Portugal stood up to the Fund's adjustment policies.

They had the support of the European Union with an expansive policy that they carried out. We seek the same," they explained from the presidential environment a while after the meeting, of more than one hour, which included a heads-up between the two leaders and then an extended working meeting with Guzmán, Felipe Solá, Julio Vitobello and Juan Pablo Biondi.

For the Casa Rosada, the Portuguese support that this Monday will be confirmed with the bilateral support that the Head of State and Prime Minister Antonio Costa will have at mid-morning, must be replicated for the rest of the week with the nod of Pedro Sánchez, Emmanuel Macron and Mario Draghi, the Italian premier.

And Pope Francis, who will receive Fernández at the last stop of the tour,

and who has already repeatedly expressed his endorsement of Argentina's emerging position. 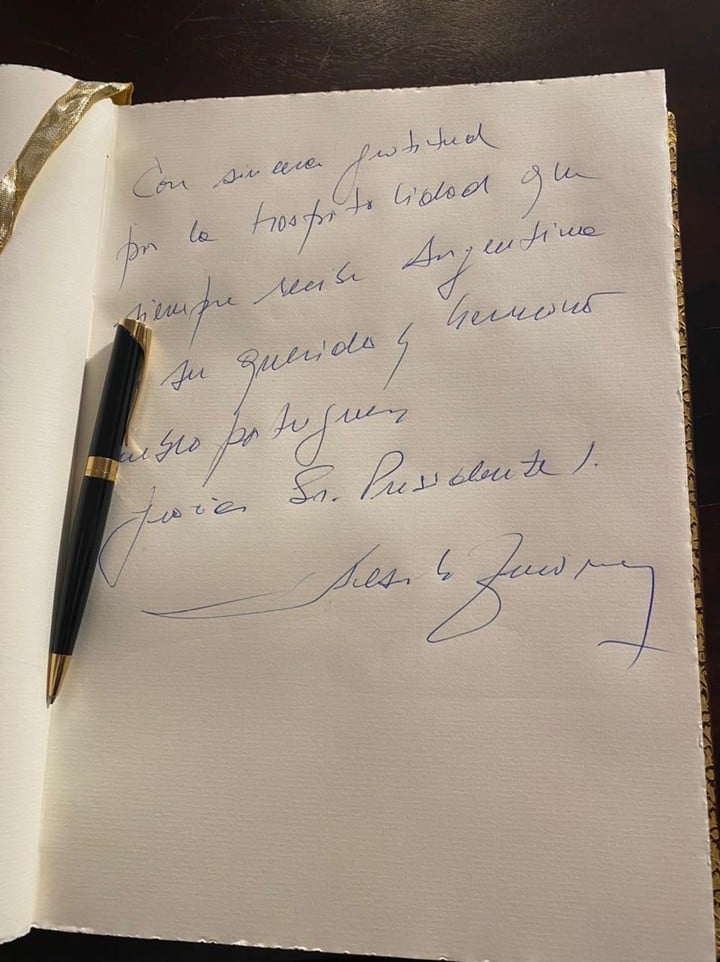 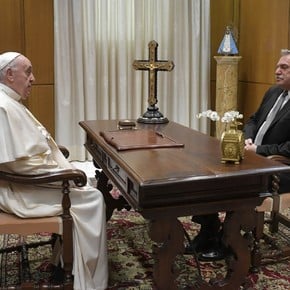 The meeting between Alberto Fernández and Kristalina Georgieva began in Rome 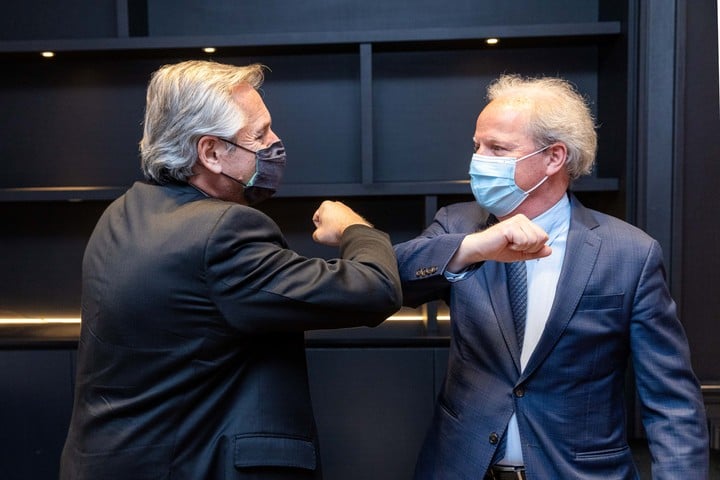 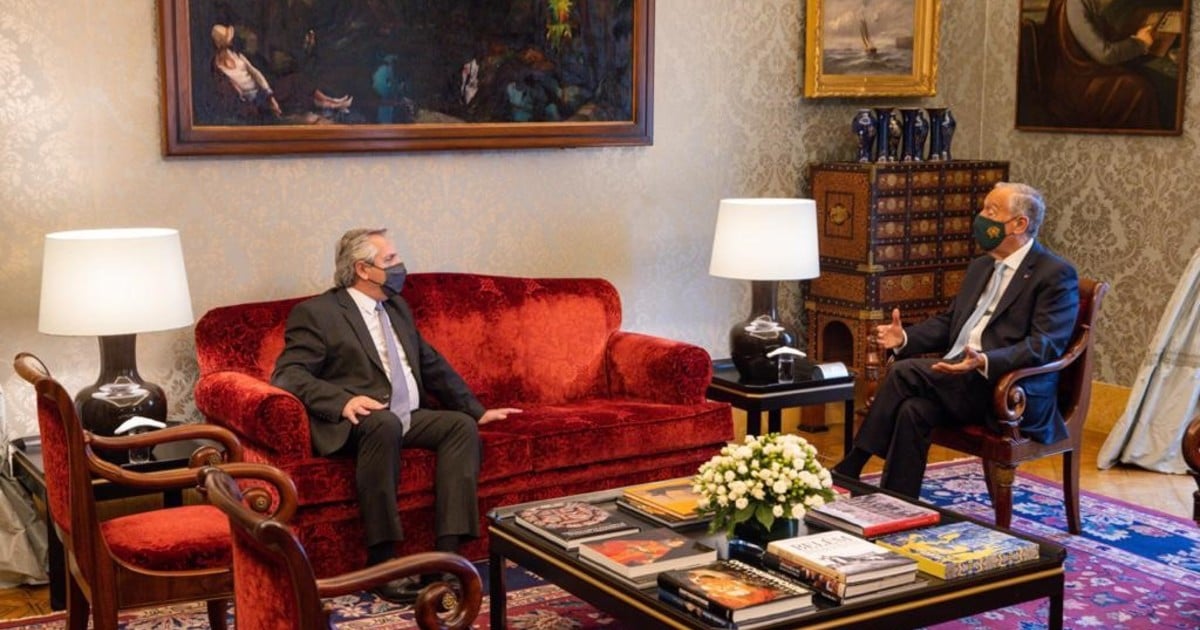 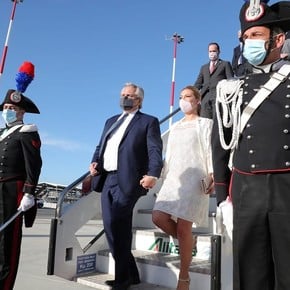 Alberto Fernández, before his first face-to-face meeting with Kristalina Georgieva: 'I trust you understand Argentina's claim' 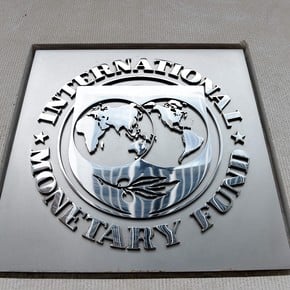