Ex-President Donald Trump's hopes don't seem to be fading. He spoke to followers about the recount in Arizona. Elsewhere about a 2024 candidacy. He spoke to followers about the recount in Arizona.

Elsewhere about a 2024 candidacy.

He has not been President * of the USA for over 100 days.

Even so, he still doesn't seem to be able to believe his defeat.

In Arizona, over two million ballots are being examined again.

In the end, more votes for him would not reverse the overall situation in the US election and Biden would continue to be president, but with Trump fans it could corroborate the impression that something went wrong in the election.

Donald Trump does not give up: "I would not be surprised if you find thousands and thousands of votes"

In any case, Donald Trump apparently has high hopes: “Let's see what they find. I wouldn't be surprised if you find thousands and thousands of votes, ”he tells guests at the luxury Mar-a-Lago estate. "A couple of very interesting things are happening in Arizona," added Trump. These comments come from a TikTok video reported by the US online newspaper

. It was recorded on April 28th when Trump said goodbye to Florida for the summer.

And Trump hasn't had enough: “Then we'll look at Pennsylvania and Georgia, then Michigan and Wisconsin and New Hampshire.

You just found a lot of voices in New Hampshire ... Did you see that? ”He added.

However, it is unclear what it is referring to.

His frequently repeated conclusion without evidence: "This was a manipulated election, everyone knows it, and we will be monitoring it very closely," he concluded with calls for approval from his supporters on site.

But not all Republicans like Trump's stories. Liz Cheney, a senior Republican in the House of Representatives, wrote on Twitter Monday: “The 2020 presidential election was not stolen. Anyone who claims this is spreading THE BIG LIE, turning their backs on the rule of law and poisoning our democratic system. "According to

, she was reacting to another statement by Trump on Monday:

The falsified presidential election of 2020 will be known from that day on as THE BIG LIE. ”Her testimony is likely to reinforce the calls of those who seek to remove her from the Republican leadership ranks in the House of Representatives. Because in the party there is a so far unresolved dispute over direction after the defeat of Trump.

Meanwhile, Trump continues to collect donations and sell fan articles on his website "Save America". T-shirts, baseball caps, mugs, straws and garden displays with the inscription “Don't blame me, I voted Trump”: With numerous products in the colors of the USA, fans can buy products from their idols. In the case of donations, however, it is not detailed what the willing transfer their money for. It only says: “The 'Make America Great Again' movement is only just beginning. President Trump urges you to get involved and become a founding member of his Save America team. ”And:“ Please donate ANY AMOUNT in the NEXT HOUR to get on the official donor list of President Trump's founding members. ”Mind you: hours too later this statement does not change (as of May 4th).

In a conversation with conservative commentator Dan Bongino, Trump recently said that if he were to run for the presidency again, “probably the most appropriate time” to announce it would be after the 2022 midterm elections.

So it could still take around 1.5 years for Trump to make a decision.

By the way: with our new politics newsletter you will always be kept up to date. 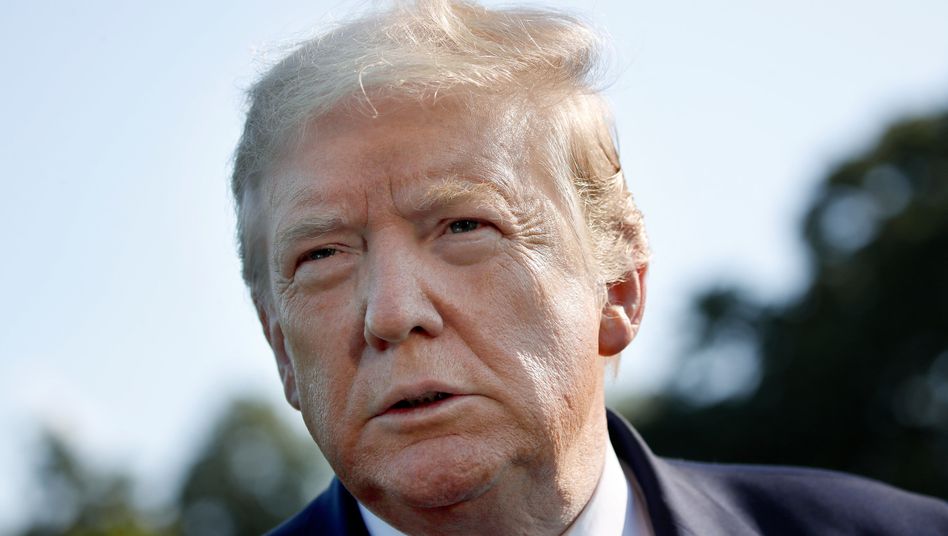 Donald Trump turns 75: a lot of noise for his birthday 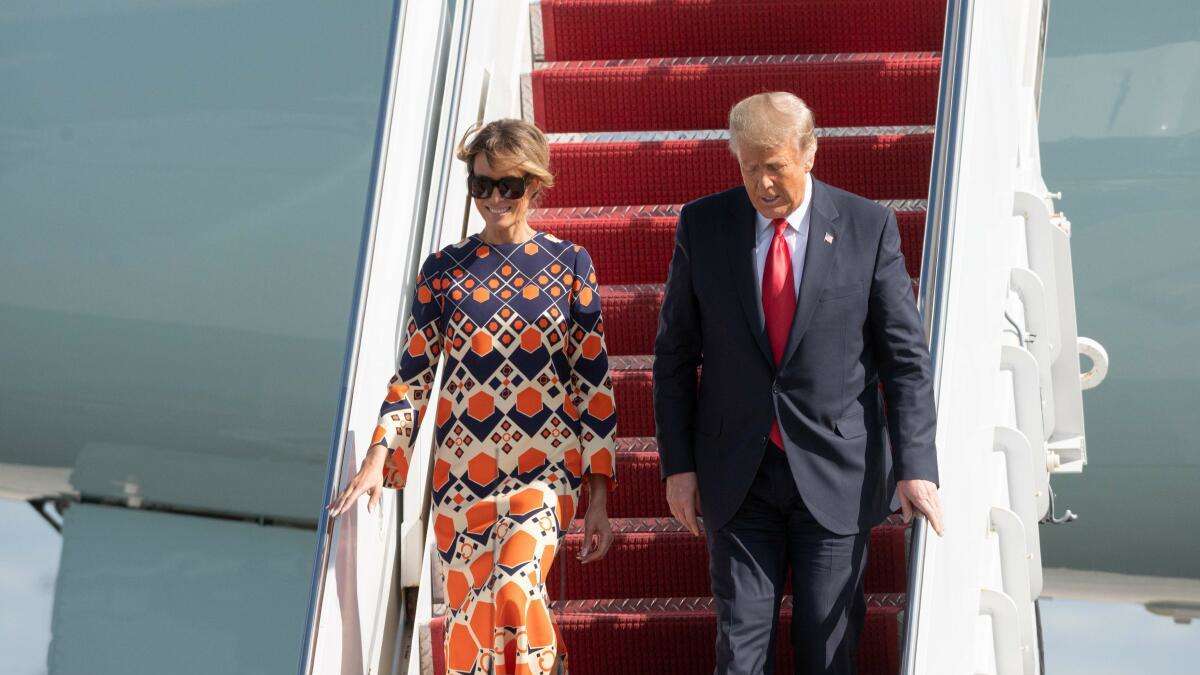 Concern in the US: All defense ministers still alive warn Trump - "Dangerous and illegal"

Great concern in the US: All defense ministers still alive warn Trump - "Dangerous and illegal" 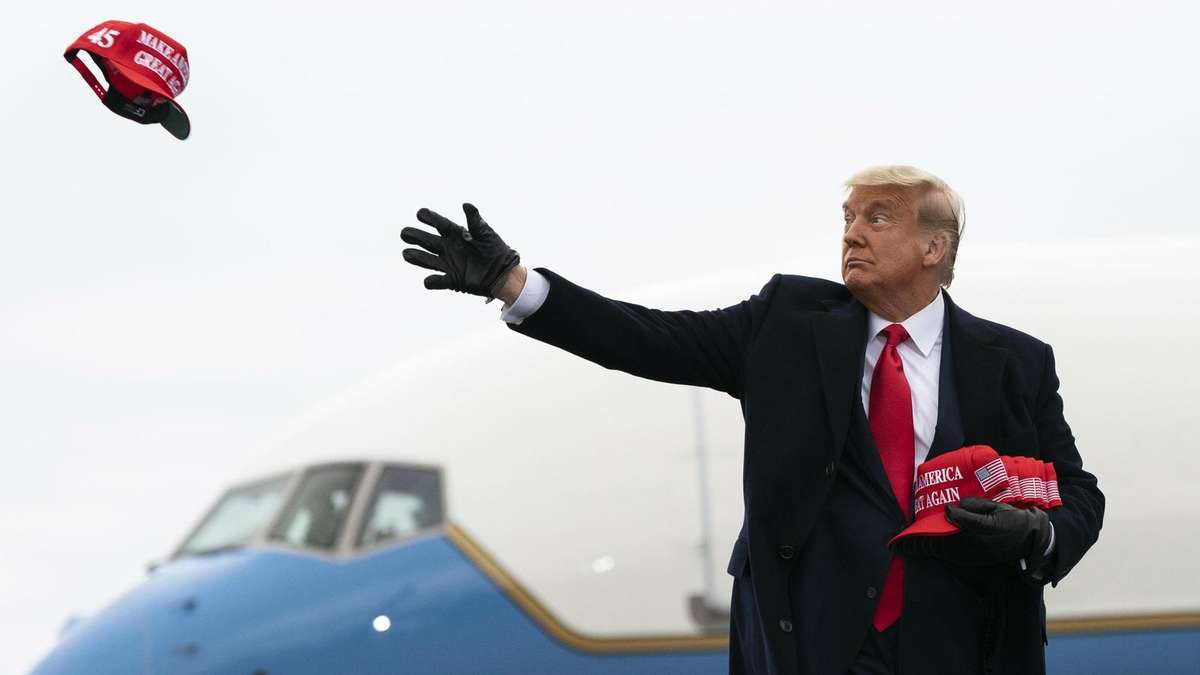