Videos show inhumane conditions on Chinese ships off the Gambian coast - and how nature is being poisoned on land. The government is looking the other way, environmental activists are fighting against illegal business. 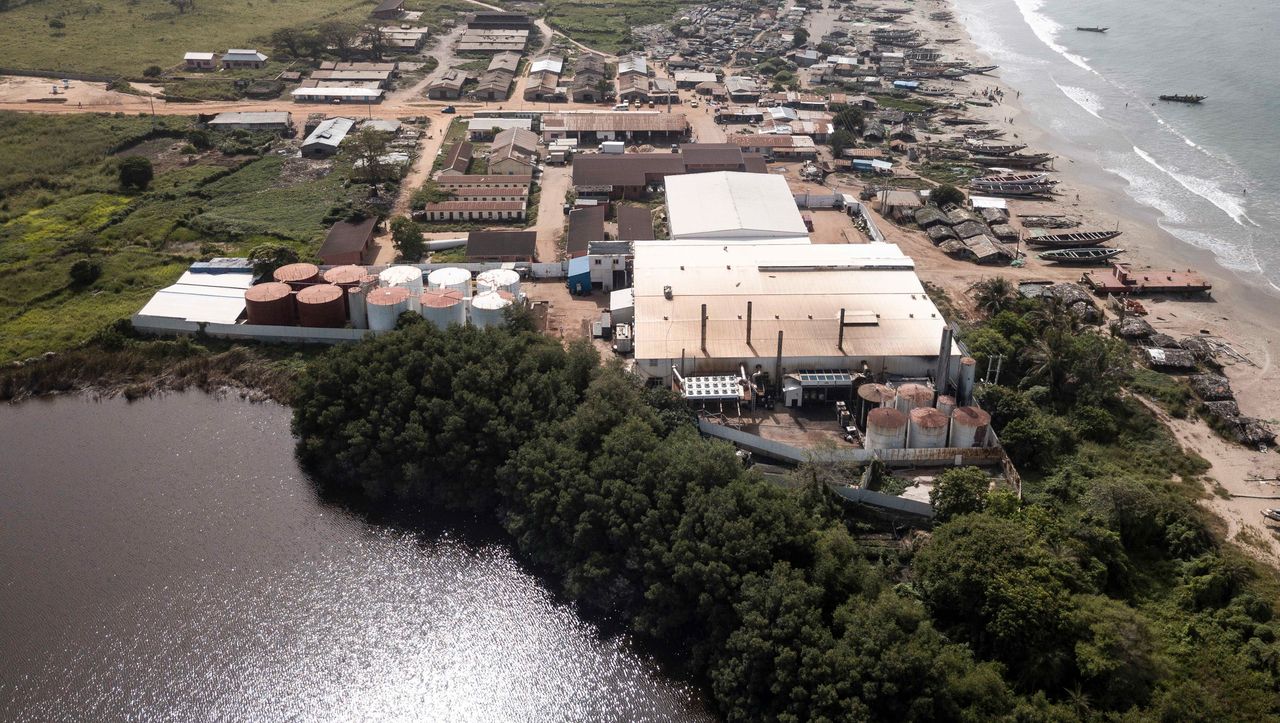 Gunjur, a coastal town in Gambia, one of the smallest countries in Africa.

Here the investigative journalist Ian Urbina documents the struggle of the local population against a dirty business: the processing of fishmeal.

“The entire community was affected when the factory opened.

The smell is unbearable.

A factory of the Chinese company Golden Lead has been located here, a few hundred meters from the beach, since 2016.

Journalists are not welcome on the premises.

Huge quantities of fish are processed into flour in the factory.

This fishmeal is shipped from the Gambia to China and Norway, among other places, where it is fed to fish in aquaculture farms - which then end up on the plate in Europe or the USA.

Because the global hunger for fish is increasing.

And the fish that are farmed also need food.

Golden Lead delivers 20 to 40 containers of fishmeal every day: 800,000 kilograms per day.

A disaster for the fishermen in Gambia.

“We catch the fish, give it to the Chinese, they process it into powder, send it to China.

They feed the fish, ship them and bring them to Gambia. "

"And resell it at an expensive price while the local fishermen lose their jobs."

“Yeah, right, so the locals are competing directly with these fishmeal factories, which have a daily turnover of around 500 tons, and they are pumping fishmeal waste into the ocean because there is no control.

What we see here is not a development.

The government is apparently doing little to protect local fishermen from the international fishmeal business - on the contrary.

In 2017, Gunjur residents discovered that the Golden Lead company was dumping toxic wastewater from the factory into a nearby lagoon.

“When they first dumped the rubbish there, the water immediately turned red.

Everything was completely dead, crabs, fish, even all the plants in the area were gone.

"And that happened in the first days of the factory, before they started working?"

But the company then laid a sewer pipe under a nearby beach.

Instead of dumping the toxic wastewater into the lagoon, it now dumps it directly into the sea.

The residents of Gunjur are trying to fight back.

“People were arrested for removing a pipe that was illegally installed there without the government's approval. Instead of prosecuting the perpetrators, they have persecuted the activists who are doing everything possible to protect the environment. «

Apparently, the Gambia's government is protecting the Chinese fishmeal company.

Even foreign fishing boats, some of which fish illegally off the Gunjur coast on behalf of the company, are hardly checked.

This is also due to the fact that the authorities lack the resources.

The activists patrol the sea with their own boats to uncover illegal fishing - as here, on a mission in August 2019. Investigative journalist Ian Urbina is on board.

The Sea Shepherd captains search the coast for fishing boats that are illegally sailing here for the Chinese fishmeal companies - without being registered and without papers.

Men aboard the Sea Shepherd:

"And they go two or three knots, so trolling speed?"

“Then these are the coordinates.

Does that make sense? "

Are you filming that? "

"Can we see your license?"

The transponder is switched off on this ship - a so-called dark ship.

»A fishing vessel must have a navigation logbook in which the positions where they fished and the amount of fish are recorded every day.

You can see the last entry here was on January 21st, and then there is nothing.

Who knows where they fished. "

“He says they can't go to Banjul yet.

It takes him two hours to do some repairs.

We've seen her drive the engine all morning.

It's a delaying tactic. "

The fishermen on board apparently work under terrible conditions.

We close here, but the water comes in anyway. "

I've never seen anything so bad. "

"The local fishermen testify that these guys fished very close to the shore, and on top of that, the living conditions here are really nothing for humans, not even for animals, but not for humans."

For a long time, the West African coast was one of the few remaining places where the waters had not yet been fished out by companies from Asia and Europe.

But now West Africa is one of the fastest growing producers of fishmeal.

Everything to meet the global demand for seafood.

Because fish consumption per capita has doubled since the 1960s.

Half of our fish comes from aquaculture - which themselves feed more fish than they can later deliver as goods.

“The local fishermen want the government to stop signing agreements with these huge factories.

And that the big industrial ships no longer get licenses. "

But the influence of industry is just too great, and you can see on land how little control even the villagers have.

You can see how little the government is interested in doing anything about these crimes. "

“China has given the Gambia a lot of loans, a lot of so-called grants.

That clouded the thinking of our politicians.

You just get away with anything.

Because China is involved, this factory will never be closed. "

But the local population in Gambia is not giving up.

She continues to fight pollution and the extinction of fish stocks in her seas.

Conservationists believe that fish farming can be made more sustainable through stricter monitoring, improved methods of composting waste and new technologies. 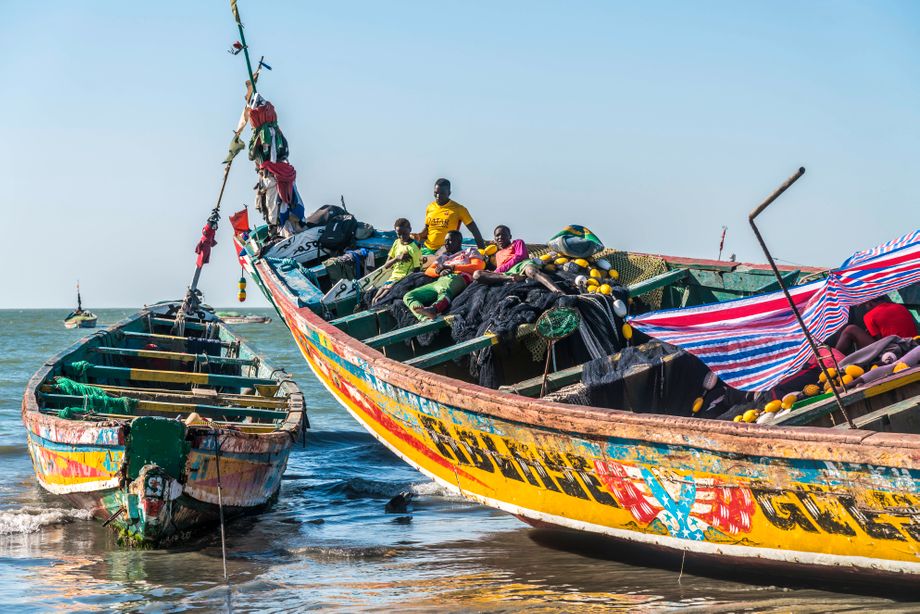 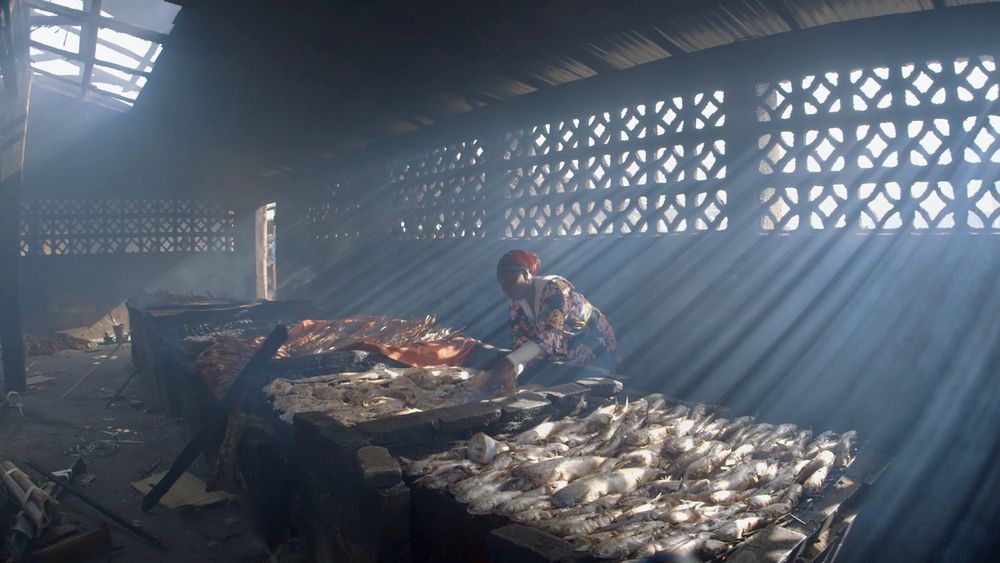 Without a net: fishermen arriving in the Canary Islands from the Gambia 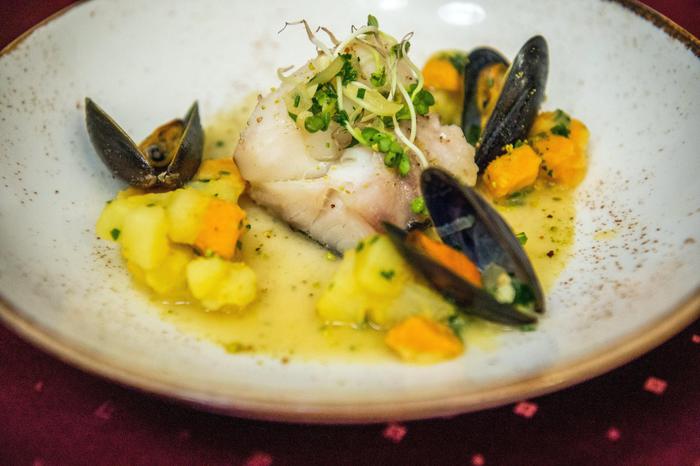 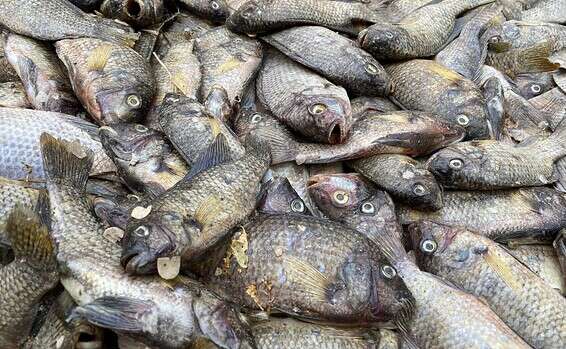 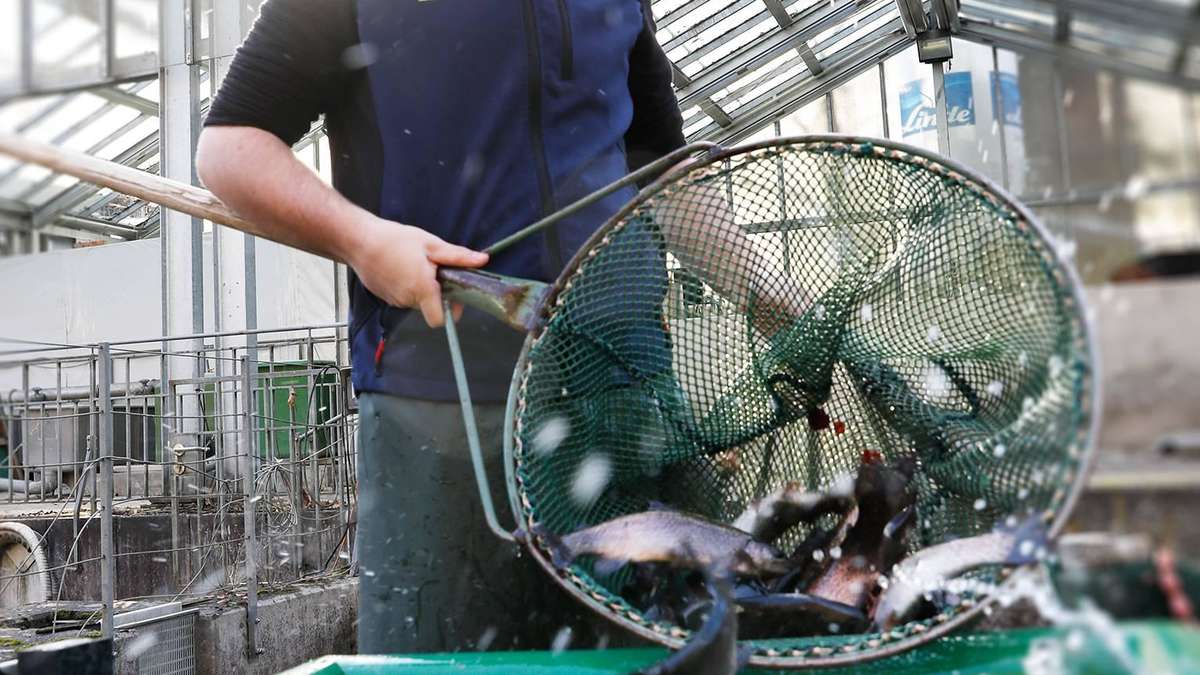 The simple trick for a particularly juicy salmon with precise seasoning - Walla! Food

This is not a day to wash dishes, is it? 5 family meals in one pot - Walla! Food