The violent attacks between the Israeli army and the Palestinian Hamas will continue over the weekend. The developments in the ticker. The violent attacks between the Israeli army and the Palestinian Hamas will continue over the weekend.

The developments in the ticker.

The conflict between Israel and Palestinians has escalated in the past few days to a greater extent than it has been in years.

The Israeli military said on Sunday morning that it had attacked over 90 targets in the Gaza Strip in the past 24 hours alone.

According to Palestinian sources, at least 33 people, including eight children, were killed in the Israeli attacks in the Gaza Strip on Sunday alone.

A total of 181 people have died since Monday, including 52 children.

More than 1200 people were injured.

Radical Palestinians, for their part, have fired around 3,000 rockets at Israel from the coastal strip since Monday, the Israeli military reported on Sunday. Around 450 crashed in the area of ​​the Gaza Strip, around 1150 were intercepted by the Israeli anti-missile defense system Iron Dome. In Israel, ten people have been killed and many injured by rocket fire since Monday.

.: Green Chancellor candidate Annalena Baerbock has asked the federal government to mediate more strongly in the Middle East conflict. Intensive telephone diplomacy and the use of special emissaries are in demand, she told

. "In addition, high-ranking representatives of the federal government should be sent to the region in order to mediate an immediate end to the violence with close allies." "We cannot just watch the heinous attacks by Hamas."

"Israel is making use of its right to self-defense to protect its population from the rocket terror of Hamas," said the SPD politician of the

"It is all the more urgent now: firstly, a stop to the rocket terror, secondly, an end to the violence and thirdly, a return to talks about concrete confidence-building steps between Israelis and Palestinians and a two-state solution."

.: A top Hamas official is now under fire: The Israeli air force claims to have bombed Jahia Sinwar's house and badly damaged it. On Sunday, the army tweeted a video showing smoke rising from a building. The attack was announced

. It was initially unclear whether Sinwar was killed in the attack.

"The targets attacked included the house of Jahia Sinwar, head of Hamas' political bureau in the Gaza Strip, and that of his brother Muhammad Sinwar, head of logistics and recruitment at Hamas," the army said.

Both houses were part of the "military infrastructure of the terrorist organization Hamas," it said.

Sinwar was detained in Israel for 20 years before being released on a prisoner swap in 2011. The former commander of the Hamas military arm was first elected head of the Hamas political wing in the Gaza Strip in 2017. He was re-elected in March of this year. Hamas number one is Ismail Haniyeh, who currently lives in Qatar.

According to the army, other offices and houses of important Hamas members were attacked, a total of around 30 targets.

According to Palestinian sources, these were the heaviest air strikes to date in the Gaza Strip.

For their part, radical Palestinians fired around 2,900 rockets at Israel from the coastal strip.

According to Israeli sources, 450 of them crashed on the territory of the Gaza Strip, around 1,150 more were intercepted by the Israeli anti-missile defense system Iron Dome.

The rocket attacks killed ten people in Israel, including a child and a soldier.

More than 560 Israelis were injured.

The fighting in the Gaza Strip, with many dead, continues.

. He threatened the top management of Hamas with targeted killing. Meanwhile, a spokesman for the Hamas military arm said his organization would fire missiles again at Tel Aviv from midnight.

On Saturday, US President Joe Biden * telephoned Israel’s Prime Minister Benjamin Netanyahu and - for the first time since taking office - with Palestinian President Mahmoud Abbas. Speaking to Netanyahu, according to the White House, Biden stressed Israel's right "to defend itself against the rocket attacks by Hamas and other terrorist groups in the Gaza Strip". But he was concerned about the safety of journalists. Netanyahu then thanked Biden via Twitter for the “unconditional support” of the right to self-defense. In an interview with Abbas, Biden and Abbas expressed their concern about the death of innocent civilians. Biden wanted to work for a two-state solution, he assured Abbas.

Meanwhile, the Palestinian Hamas has been assured of support from Iran.

General Ismaeil Ghani had telephoned Ismail Haniyah, the head of Hamas, and emphasized that the fight against Israel was a fight for the entire Islamic world.

Apparently in order not to endanger the nuclear negotiations, Iran is holding back in the current conflict.

However, the Iranian Foreign Minister canceled a visit to Austria at short notice because Israeli flags had been hoisted on government buildings in Vienna.

The visit should have been about renewing the nuclear deal.

.: The house of a senior Hamas leader was bombed by the Israeli air force.

The army announced via Twitter that it had attacked the home of Chalil al-Haja, Viize head of the Hamas Politburo.

A video of the attack was released.

According to the Israeli army, the house served as a “terror infrastructure”.

Al-Haja was not in the house at the time of the attack.

According to media reports, the Israeli air force destroyed a 14-story high-rise in the Gaza Strip on Saturday, in which media companies such as the Associated Press had their offices

The Israeli army announced on Twitter that fighter jets had attacked a high-rise building in which the Islamist Hamas military intelligence service had "military resources" at its disposal.

"In the building are offices of civil media, behind which the terrorist organization Hamas is hiding and which it is abusing as human shields." Hamas deliberately positions its military resources in the heart of densely populated residential areas in the Gaza Strip.

A spokesman for the Hamas military arm said after the building was destroyed, Tel Aviv should prepare for a "response that will shake the earth."

Israeli missiles attacked an international media building in Gaza. The international news agency Associated Press (AP) was also housed in the 14-story skyscraper. The Israeli military reportedly called the owner of the building and warned that the house was being targeted. Thereupon he is said to have ordered the evacuation of the house. The building was hit around an hour later. The news agency, which has its headquarters in New York, reports on Twitter.

"Breaking news: Israeli airstrike bombs skyscraper that houses the Associated Press, Al-Jazeera and other media outlets in Gaza City, about an hour after the evacuation order," AP tweeted at 2:35 pm on Saturday.

According to the AP, there is still no explanation why the building was deliberately destroyed.

Journalists from the Qatari news channel Al-Jazeera also worked in the building.

A building that houses various international media outlets, including the Associated Press, collapses after an Israeli air strike.

Middle East conflict: Ten people die in the attack on the Gaza Strip

This is what doctors report from the Palestinian Territories.

According to this, eight children and two women in a family were killed.

The attack is said to have taken place in the west of the Gaza Strip.

Although there are international efforts to stop the current attacks, the escalation of violence in the Middle East conflict between Israel and Hamas * has been going on for days.

Around 2,000 rockets have been fired at Israel * from the Gaza Strip since Monday.

The Israeli army has attacked around 800 targets since the beginning of the week.

There were further attacks from both sides on Saturday morning.

In the Israeli city of Beersheva in the south of the country and in border towns with the Gaza Strip, the warning sirens wailed because the rocket attacks from the Palestinian territories continued.

According to the police, a house in Beersheva was hit by rocket fragments.

There was property damage, but no injuries, it said.

The Israeli coastal cities of Ashkelon and Ashdod were attacked again.

The Israeli army also continued to attack targets in the Gaza Strip.

The air force fired at several rocket launchers and two combat units belonging to Hamas, which ruled the Gaza Strip, the military said in a statement.

The Palestinian news agency Wafa reports that in addition to the attack on the Al-Shati refugee camp, civilians also died in attacks in Beit Lahia in the north of the country and elsewhere.

According to the agency, 136 Palestinians have been killed inside since Monday.

As Israel's army announced, eight people were killed in Israel by the rocket fire in the past few days. 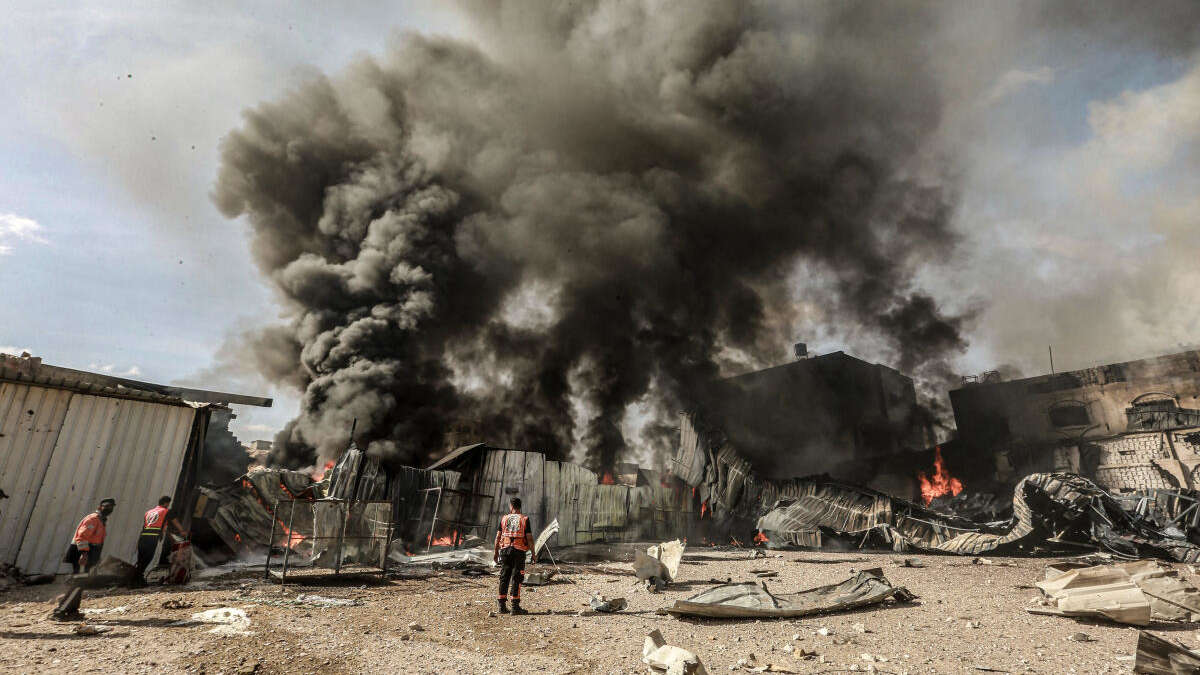 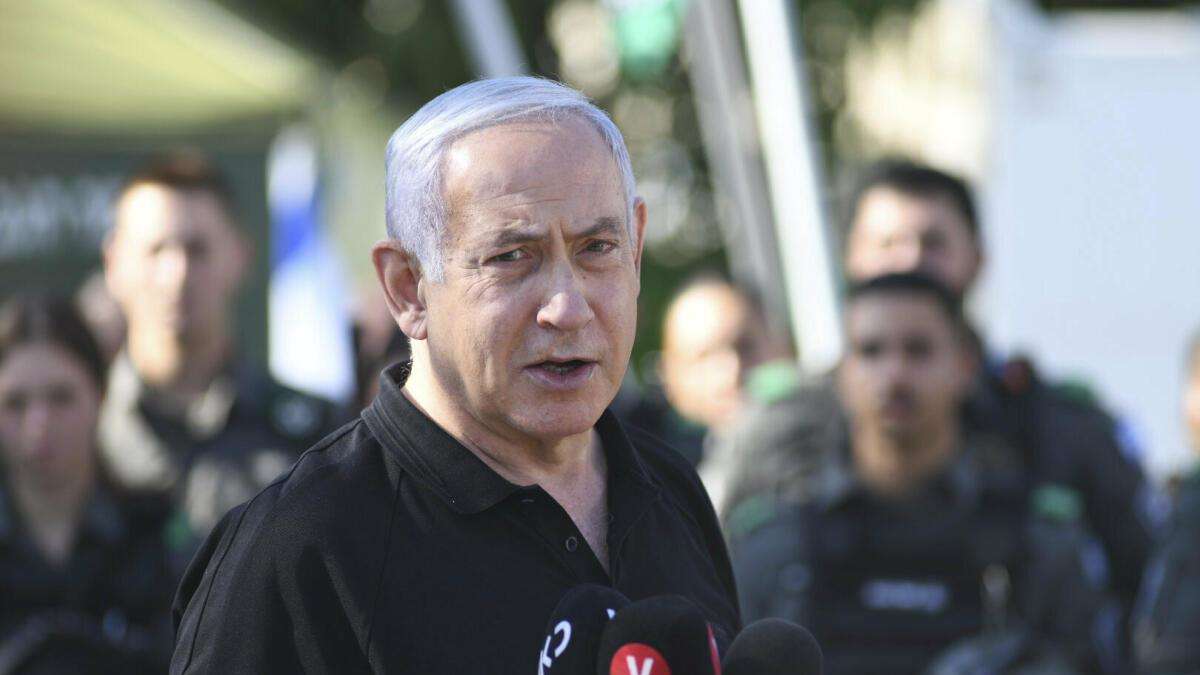 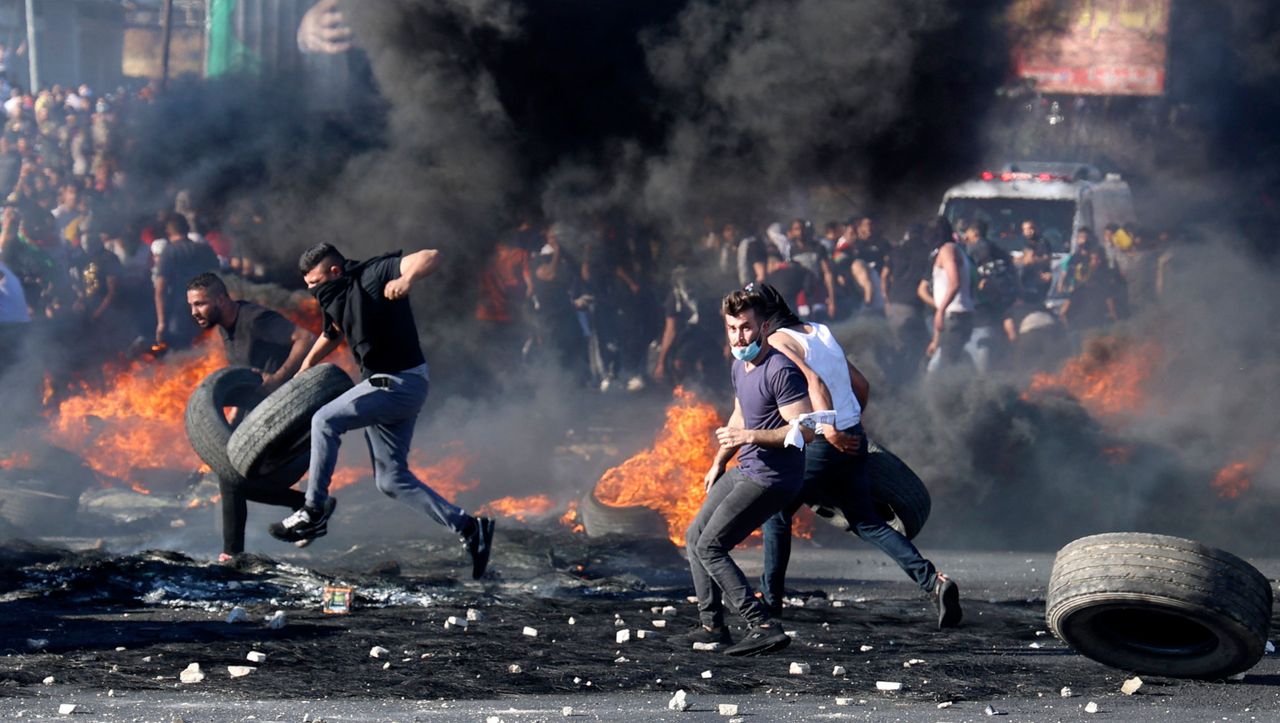 Middle East conflict: this is how the situation escalated in Israel and the Gaza Strip