After his statements in Córdoba, he met with Humberto Tumini and Jorge 'Huevo' Ceballos. Criticism of Alberto Fernández. 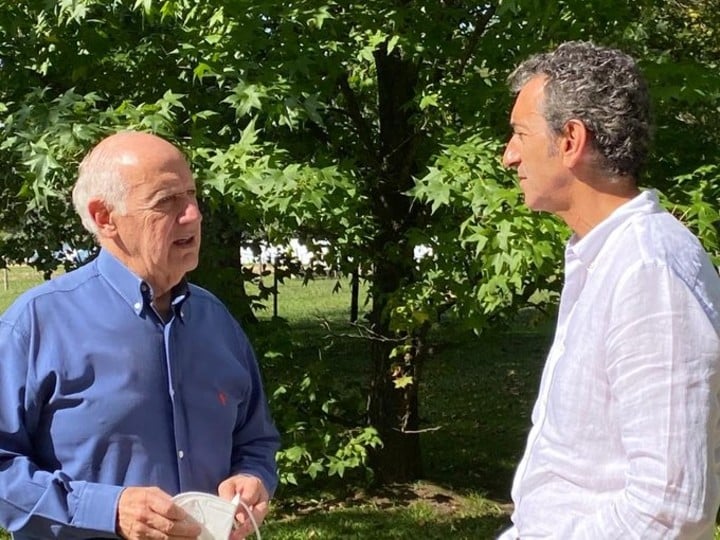 Florencio Randazzo continues to enlarge his photo album in the face of a possible candidacy in the 2021 legislative elections. If an image translates into political support, it can be said that the former Minister of Transport of Cristina Kirchner already has a nod from Roberto Lavagna's sector , a gesture of officials of the Government of Córdoba of Juan Schiaretti, and now he added a leg of social movements with a snapshot together with

, leaders of the Free Movement of the South.

criticizing the trade unionists and picketers

in a zoom in Córdoba, in which he stated that both sectors were part of the problems Argentina is going through, Randazzo spoke with both social leaders.

"We share with Randazzo his view on the need to

. We leaders must commit ourselves to the objective of creating jobs and formalizing the millions of precarious Argentines. This is how we seriously get out of poverty," wrote Tumini in your Twitter account.

Ceballos, Secretary General of Libres del Sur, did the same.

"We met with Randazzo.

The 2001 crisis justified the social plans. 20 years later they are a shame

. We need an economic model of growth that generates genuine work," he said and even added a campaign hashtag: #QueVuelvaElTrabajo.

"The members of the Free Movement of the South are part of this new space that we are putting together. With them, among other issues, we are advancing in projects that allow workers to be formalized," they explained to Clarín from the environment of the former Minister of Transport, that everything indicates he will be a candidate for deputy in the next legislative sessions.

Close to Randazzo they point out that in the meetings that the former official has been having, the concern of generating more blank jobs and fewer plans and precariousness is one of the topics of debate.

"The dignity of those who are able to work is fundamental for us. The State must be a guarantee of promoting the creation of genuine employment,

instead of acting as a multiplier of social plans

, something that we have seen both in the previous administration and in the current ", they explain.

Libre del Sur is a social movement that was previously also made up of Victoria Donda and Daniel Menéndez.

Both resigned from the space in September 2018, estranged from Tumini and Ceballos, and said they would not return to Kirchnerism or the PJ.

in the Frente de Todos.

Donda is the controller of INADI and Menendez is Undersecretary of Integration and Training Policies of the Ministry of Social Economy.

But in addition to that, Libres del Sur is the political party of

, one of the main piquetero organizations that mobilizes against the policies of Alberto Fernández in the midst of the coronavirus pandemic.

The photo with Randazzo, which took place yesterday in the office of the former minister in Capital, now formalizes the integration of Libres del Sur into the political arm of the space that, once again, considers not to be located on either side of the crack that it crosses politics today:

Frente de Todos - Together for Change.

Roberto Lavagna and Florencio Randazzo met and showed the photo on Twitter.

, there are also conversations with socialist leaders of the Province of Buenos Aires and also with members of neighborhood parties from different districts of the suburbs and the Interior.

The idea of ​​adding sectors that do not have to do with the world of politics appears exclusively.

What's more, De la Torre himself said days ago that he talked a lot with Randazzo.

“I talk to him often.

I see him more positioned to seek a third option, different from the other two, both that of Macrism and that of Christianity.

He adds votes from people who voted for Together for Change and also for Massa, himself, Roberto Lavagna and Cristina ”, he explained to the newspaper Perfil.

Can there be a surprise celebrity candidate?

Close to the former minister - who in 2017 was a candidate for senator with Alberto Fernández as campaign manager - they say that they want part of the armed forces to be with people who today are not in politics, in the SME world, in science, in other places.

Florencio Randazzo reappeared in Córdoba: "The union leadership and social organizations are part of the problem in Argentina" 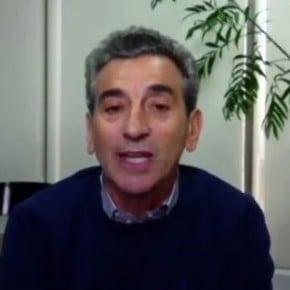 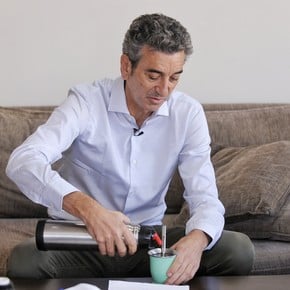 Florencio Randazzo and a message to the picketers: 'Stop screwing up the life of the laburantes every day' 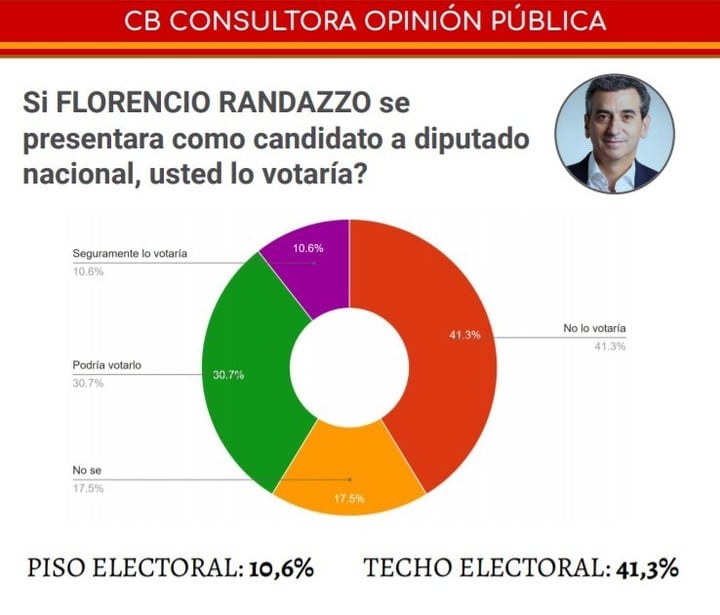 New survey and the most searched data: how tall is Florencio Randazzo in Province 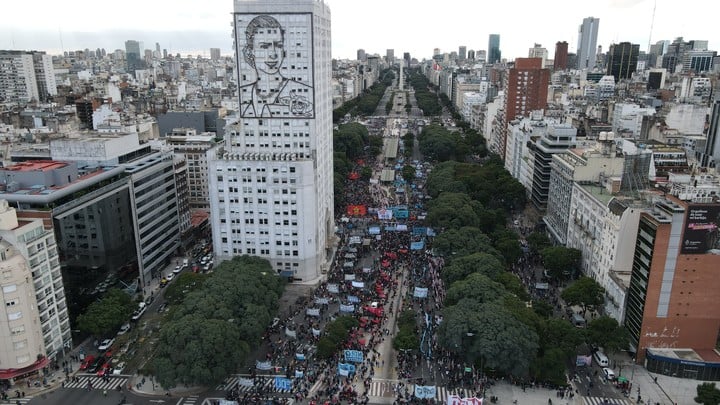 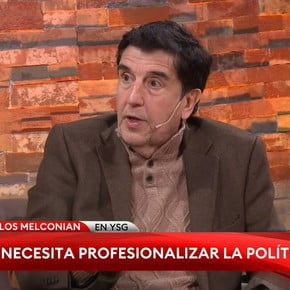 Florencio Randazzo's request: 'That they stop fucking with blaming the one who was there before' 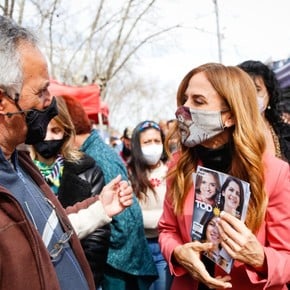 Now Florencio Randazzo made an 'anti crack' spot in English, French and Chinese 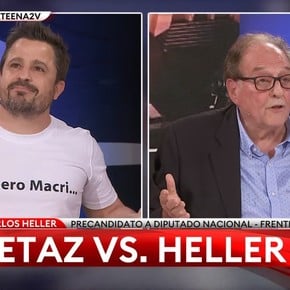 'That? Can Cristina alone bitch? ': Florencio Randazzo and a striking spot with his mother as the protagonist 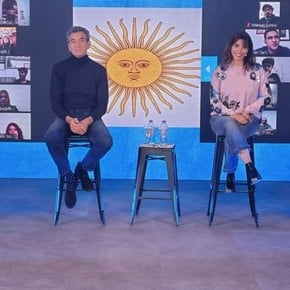 Florencio Randazzo: 'The majority of Argentines do not agree with the direction of Cristina Kirchner' 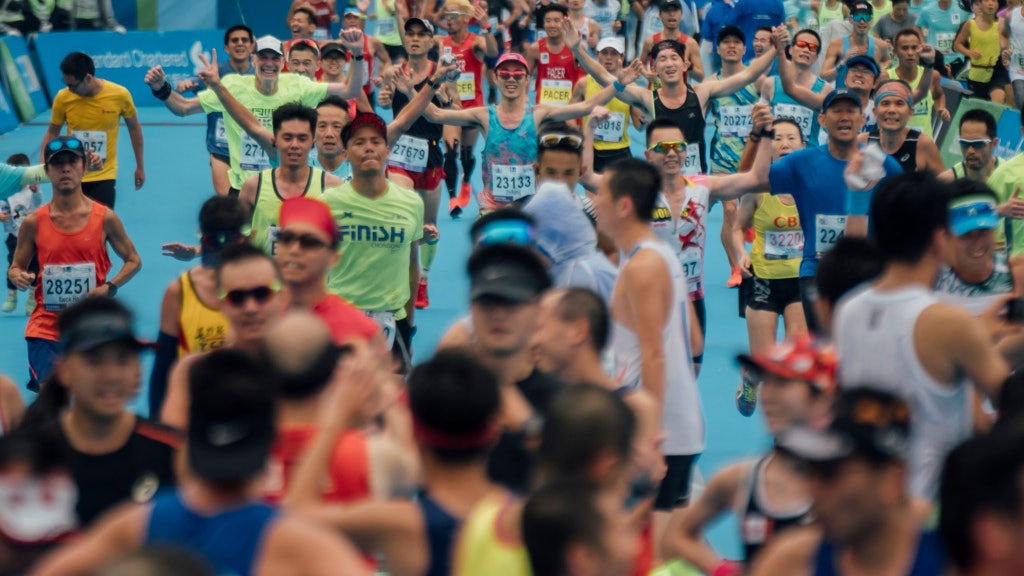 Standard Chartered Marathon 2021｜Huang Qile won the first horse and dedicated to her mother-in-law, stalling and running out of the most beautiful scenery
2021-10-24T02:59:17.430Z

Endocrine diseases can cause osteoporosis, diabetes, thyroid disease patients should be careful
2021-10-24T00:11:08.963Z