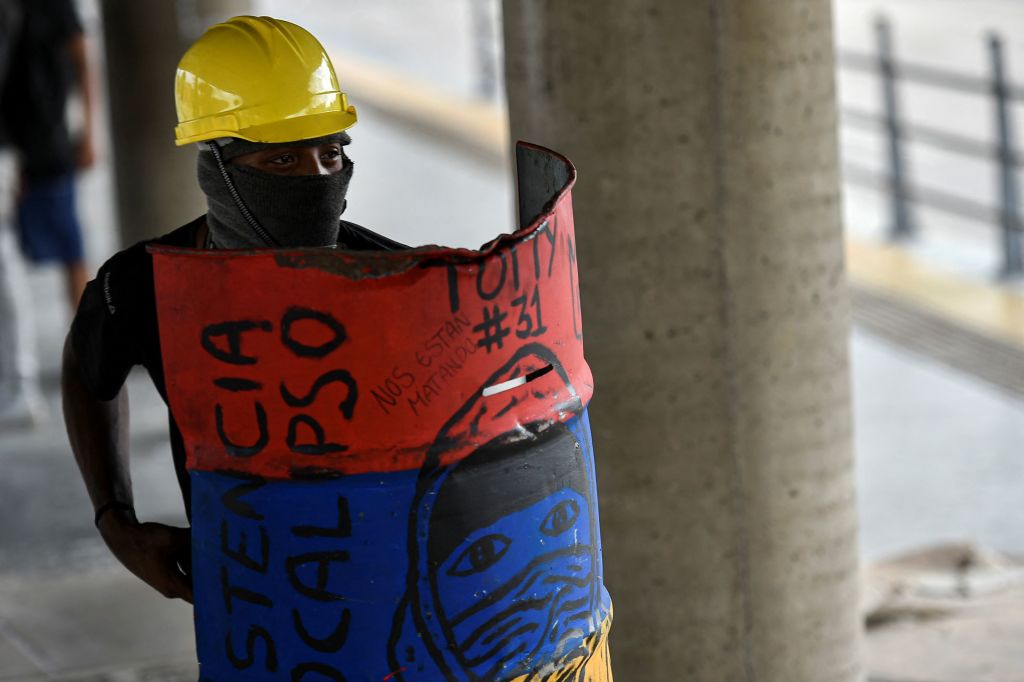 An agent of the Metropolitan Police of Cali died and two others were injured in the early hours of Saturday while participating in a deployment to prevent the looting of a supermarket in the Calipso neighborhood, east of the city, confirmed the minister Defense of Colombia, Diego Molano, on his Twitter account.

«A rifle shot ended the life of this 22-year-old hero who was defending his country.

Solidarity with his family ”, wrote the minister.

A young 22-year-old hero who defended his country and protected the institutions.

I accompany his family and those of the other 2 policemen injured defending Colombia.

It is an honor to be a policeman ”.

The Cali Metropolitan Police reported that Briñez and the two wounded uniformed men were part of the group that went to the scene while a group of hooded men was looting the supermarket, when an exchange of shots began between civilians and the police.

Minister Molano did not explicitly state that the incident at the supermarket was related to the protests, but shortly after reporting the death of the police officer Briñez, he retweeted his Ministry's report on the balance of the protests.

With the death of Briñez, there are already two uniformed men who lost their lives since the demonstrations began in the country on April 28 after the announcement of the government's now-withdrawn tax reform bill.

Before him, Captain Jesús Alberto Solano passed away in Soacha, Cundinamarca.

The figures on civilian deaths show discrepancies between those reported by the Ministry of Defense, human rights organizations and the Ombudsman's Office.

According to the balance of the Ministry of Defense, there are 26 civilians killed from April 28 to midnight on May 21.

The Ombudsman's Office, which has not published data on the victims of violence related to these protests since May 11, reported 42 deaths as of that date.

However, the non-governmental organizations Temblores and Indepaz, which keep alternative accounts of complaints of violence and human rights violations received on their own platforms, have reported at least "51 murders" in the framework of the protests as of May 18.

The balance that the Ministry presented this Saturday includes other data on the events related to the protests:

Demonstrations against the government of Iván Duque continue in Cali, the third most populous city in Colombia, after two weeks.

Protesters, protected by homemade shields, barricaded the streets of Cali on May 10.

An agent from Esmad, Colombia's riot police, fires tear gas at protesters protesting against the government on May 10, 2021. The protests began on April 28 over the tax reform, but after the project was withdrawn, other reasons came to light.

The protesters call for education, job opportunities, and respect for peaceful demonstrations.

A local artist pays tribute to protesters who have died in clashes with the police in Cali.

In total, in 14 days of protests, the Ombudsman's office has reported 42 deaths in marches across the country.

Food has become scarce in Cali, and many citizens say prices have almost doubled.

Days of blockades on the main routes of entry to Cali and the department of Valle de Cauca have generated fuel shortages in the city.

Police detain a protester during an anti-government protest in Cali on May 10, 2021. (Credit: LUIS ROBAYO / AFP via Getty Images)

A man holds a Colombian flag during riot police clashes in the La Portada sector in Cali, Colombia.

"We support the strike. No to reform," says a graffiti on the wall behind him.

Indigenous protesters blocked the Pan-American highway, one of the most important road corridors linking the southwest with the center of the country, on May 10, 2021, in demonstrations against the government.

The blockades have caused a shortage of fuel and food in the department of Valle del Cauca and in its capital, Cali.

A group of indigenous people during an attack by civilians against the indigenous Minga in Cali on May 9.

The Minga denounced attacks with firearms and rejected the statements of the Police that they were exercising violence.

Two protesters hold hands in front of a painting that says "The united people will never be defeated" on the Vía Panamericana, the country's main road corridor, in Valle del Cauca.

This is how a vehicle was incinerated after armed clashes between civilians against indigenous people of the Minga on May 9.

The photo, taken on May 10, shows the extent of the anti-government demonstrations in this city.

Colombia: four people are captured for the murder of a patrolman in Cali 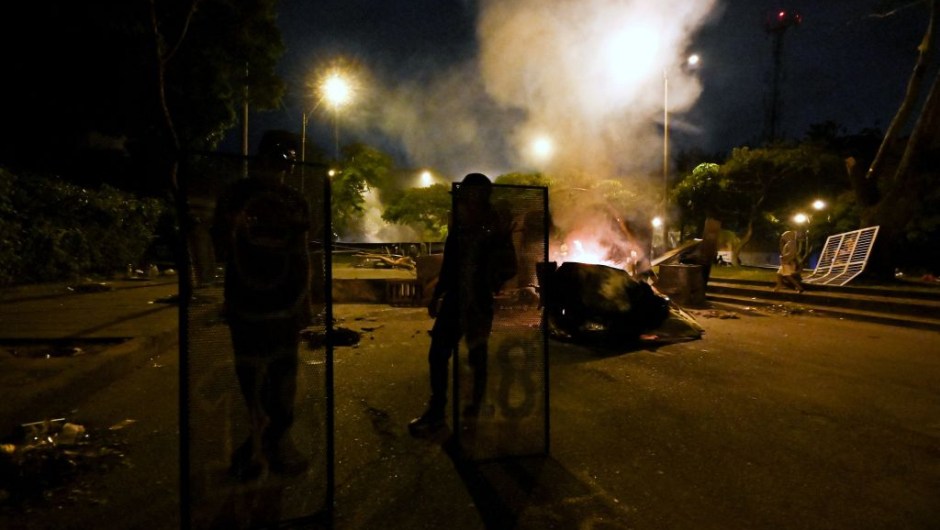 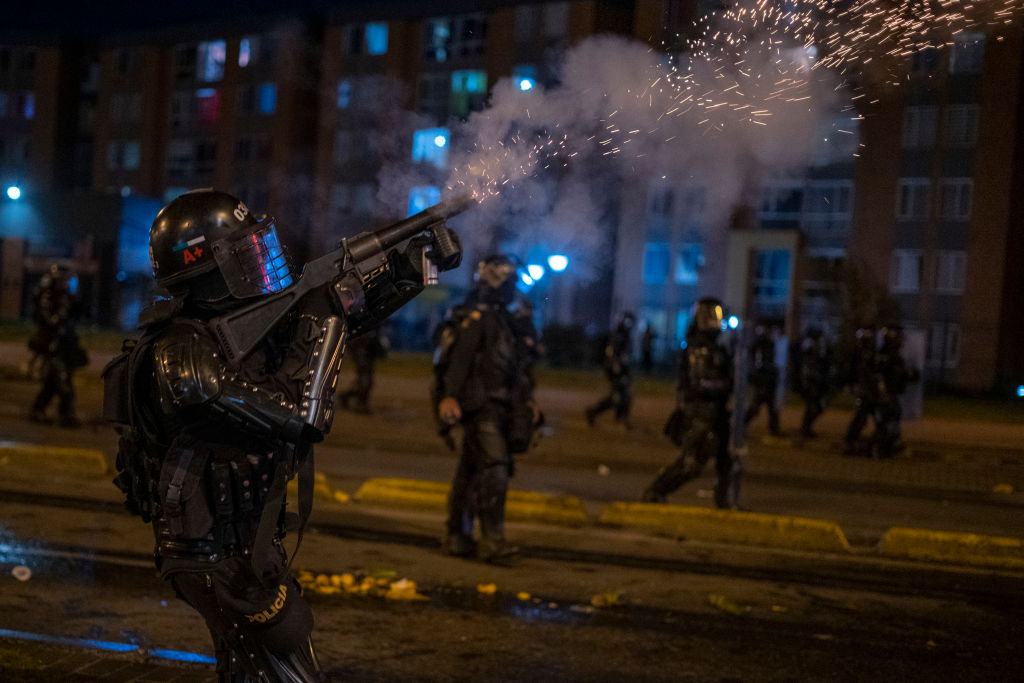 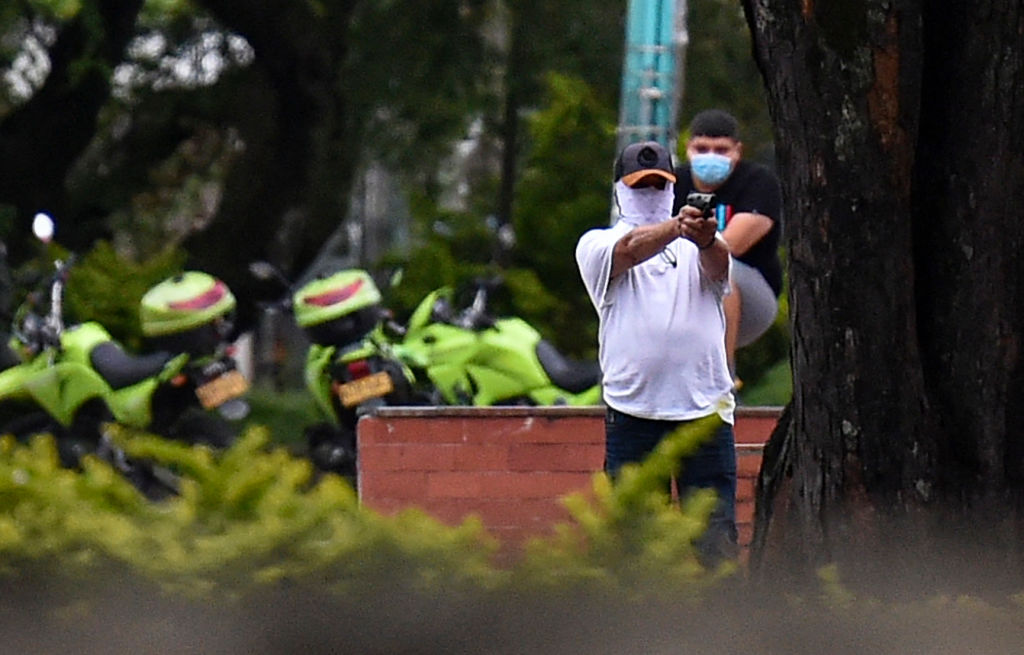 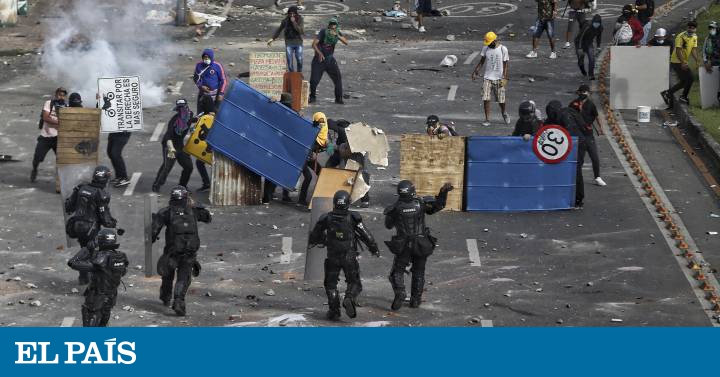 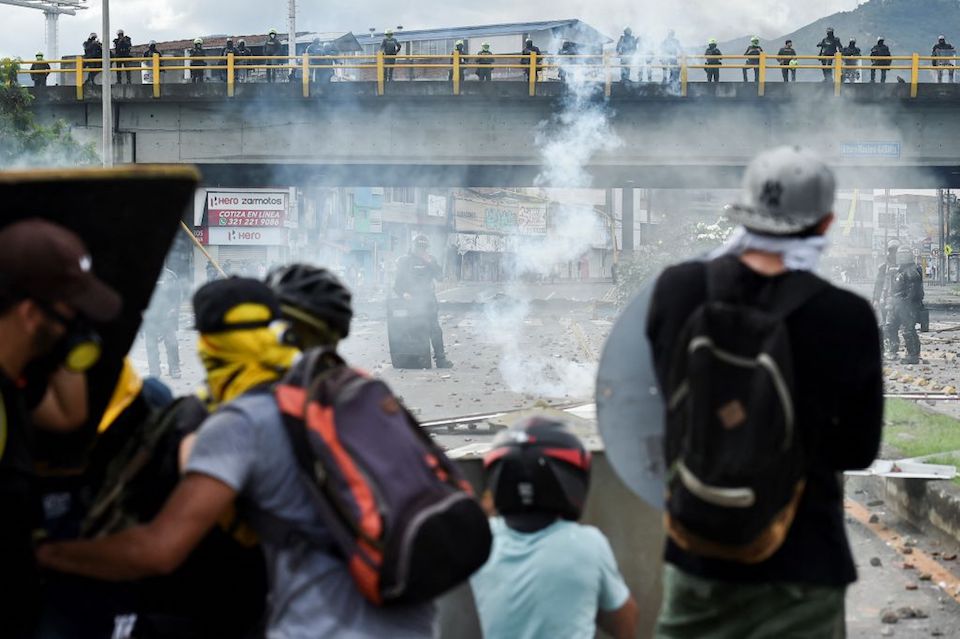 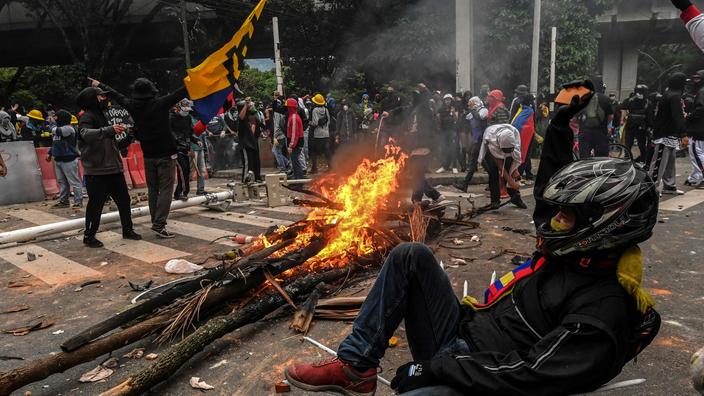 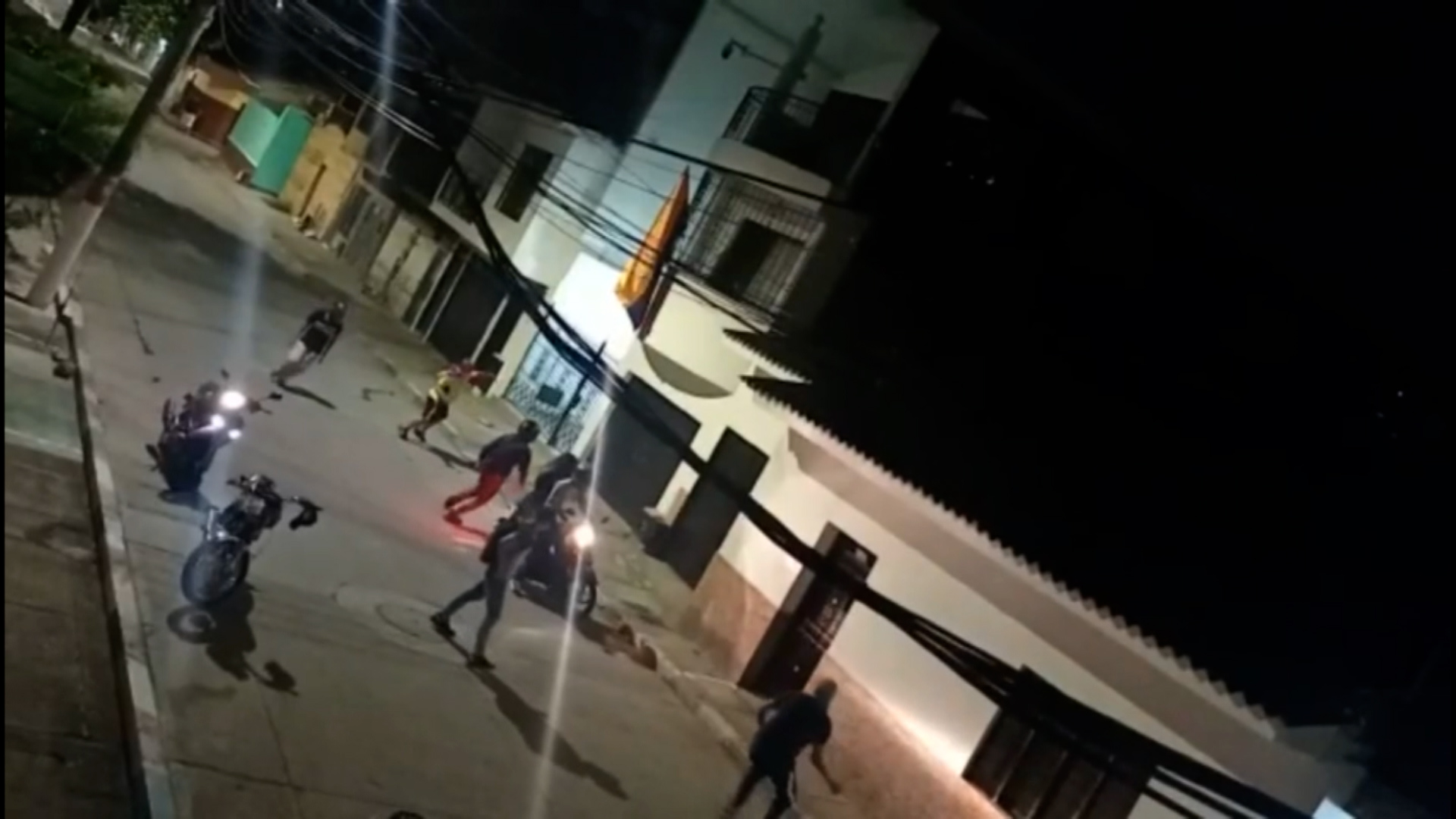 Colombia: incidents in Yumbo leave one dead and 22 injured