An international panel of experts advises reviewing current laws and establishes red lines for the creation of human-animal hybrids. 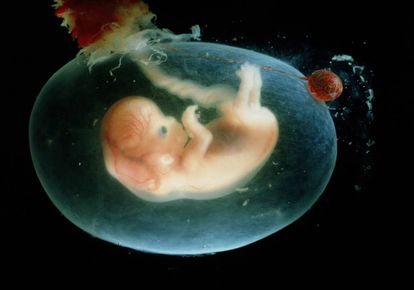 By then humans are still an embryo of a few cells;

smaller than the tip of a pencil.

But at 14 days the primitive line is formed, which marks the moment after which it is impossible for this mass of cells to divide to form two twins.

Many countries, including Spain, prohibit by law cultivating human embryos in the laboratory beyond this border.

An international panel of scientists today calls for this restriction to be lifted. His main argument is that, for the first time in history, it is now possible to study one of the most crucial moments of human development: the one that goes from 14 to 28 days of life, known as gastrulation.

Developmental biologists say that the most important moment in a person's life is not when they are born, when they have children, or when they die, but when they gastrulate. In that short period of time, the cells of the developing embryo reorganize themselves following a choreography to form the general plan of a body with its three main types of tissue that will give rise to the organs, including the heart, which will soon begin to beat. It is at this time that many miscarriages occur and also congenital malformations that will cause lifelong diseases. This process has been studied a lot in mice and also in monkeys, but it is increasingly clear that there are great differences between them and us and, until now, no one has been able to study this process in human embryos.

"If we could understand what is wrong, perhaps we could prevent miscarriages and malformations," explains Robin Lovell-Badge, chairman of the panel of 45 scientists from the International Society for Stem Cell Research that today publishes its new research guidelines in this field, which since the last edition in 2016 is almost unrecognizable.

The 14-day rule was coined in 1979, when it was almost unthinkable that no laboratory could grow a human embryo on a culture dish for much longer than five days.

But since 2016 two groups have shown that they could go as long as 13 days, at which point they rushed to discard the embryos so as not to break the law.

They were thus at the gates of "the most important period to understand what a human being is," says Lovell-Badge, a researcher at the Francis Crick Institute in London.

The expert argues that it is now possible to go further, if only for a few groups of scientists around the world who have mastered the necessary techniques.

The official document does not specify a maximum limit to cultivate an embryo in the laboratory, but Lovell-Badge points out that this could be set at 28 days, when gastrulation ends. It is just then that the first peripheral neurons appear and it could be argued that the embryo begins to feel. The brain as such - and perhaps the ability to think - does not appear until the end of the fifth week of development.

This same year, the creation of pseudo-embryos from reprogrammed skin cells that were destroyed after 11 days was perfected.

Last month, the team of the Spanish Juan Carlos Izpisúa confirmed the creation of hybrid embryos with monkey and human cells that developed in the laboratory up to 19 days.

The goal of Izpisúa and his team is to understand embryonic development so that one day it will be possible to grow human organs in animal hosts.

One of the greatest fears of the international community is that these embryos could be implanted into a female ape or even a human and that a chimera would be born with a mixture of human and monkey. It would be a delusional experiment but perhaps technically possible in the future. The new recommendations strictly prohibit this type of experiment in both humans and great apes, but establishes that it could be done in macaques with the prior approval of a specialized scientific and ethical panel. The regulations also prohibit gestating chimeras that can generate their own sperm or eggs and therefore have the ability to reproduce.

The document talks about another “thorny” issue, explains biologist Nuria Montserrat, the only Spanish member of the committee. It refers to the creation of organoids, cell structures that emulate miniature stomachs, kidneys, and even brains. "One of the recurring fears with brain organoids is thinking that they could generate consciousness, thought or feel pain," he explains. The document recalls that there is not a single proof that this is possible, but warns that vigilance will be needed as more and more complex organoids are created. One of the objectives of these new guidelines is "to do pedagogy in society", highlights Montserrat. "We do not want to be left behind as researchers",adds the scientist from the Institute of Bioengineering of Catalonia who, for example, uses mini-kidneys to test new drugs against the coronavirus.

The decision to discard the 14-day rule has not been unanimous, acknowledges Lovell-Badge, although it was supported by a “large majority” of the 45 scientists from 10 countries who sign the new recommendations, published in the journal

Its objective is to initiate the process of international debate so that each country values ​​the potential of these new techniques and decides whether or not to lift their legal restrictions.

This type of experiment would in any case remain under the approval of a national scientific and ethical committee.

"In Spain this type of investigation would be illegal"

"In Spain this type of research is illegal," explains Federico Montalvo, president of the Bioethics Committee of Spain. "Spanish legislation is one of the most permissive, in Germany, for example, almost any research with human embryos is prohibited," he highlights. This type of investigation would also be outside the law in the UK. In contrast, the US and China contemplate the 14-day rule as guidelines, but not by law, so these two countries are probably the main contenders when it comes to research with embryos older than two weeks.

Two laws, the biomedical research of 2007 and the assisted reproduction of 2006 prohibit cultivating embryos in the laboratory for more than 14 days or creating "interspecific" hybrids with human genetic material. Whoever did so would commit a "very serious" offense punishable by a fine of up to one million euros, explains the lawyer and doctor Carlos Romeo. "The limitation of 14 days should not be lifted until there is nothing that really justifies it and it seems that the technical and biological limitations of incompatibility between species make it very difficult to go much further for now," he says.

There is an additional way to understand this black box of human development: the use of embryonic models obtained from stem cells or reprogrammed adult cells that have been modified so as not to develop a brain. These models could also not thrive if they were implanted in an animal uterus, explains Alfonso Martínez-Arias, Icrea researcher at Pompeu Fabra University, whose team created these models in 2019 while working at the University of Cambridge. Martínez-Arias maintains that these models have gene expression patterns similar to those of embryos older than two weeks, although until now it is not clear to what extent they are faithful. And this is where the situation gets complicated, because one way to show that they are reliable would be by comparing them to real embryos older than 14 days, highlights Lovell-Badge.

In 2018, Chinese scientist He Jiankui announced the creation of the first genetically modified babies in a futile experiment and banned in many countries.

It's impossible to prevent similar violations involving human embryos or chimeras in the future, admits Lovell-Badge, but the new guidelines will help, he says.

"They are not perfect, but it adds pressure from the entire international community of experts, making it more difficult for that to happen," he says. 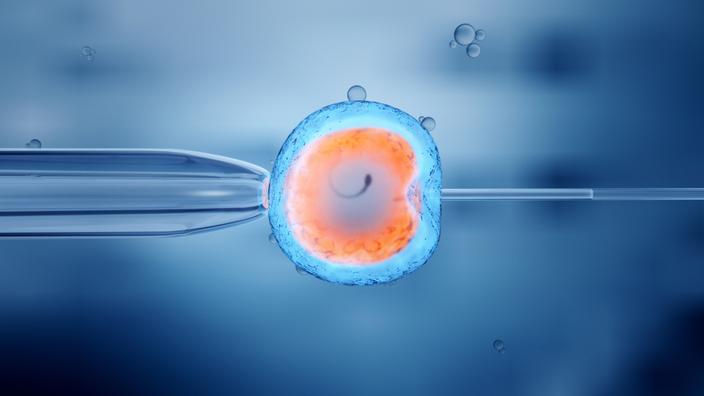 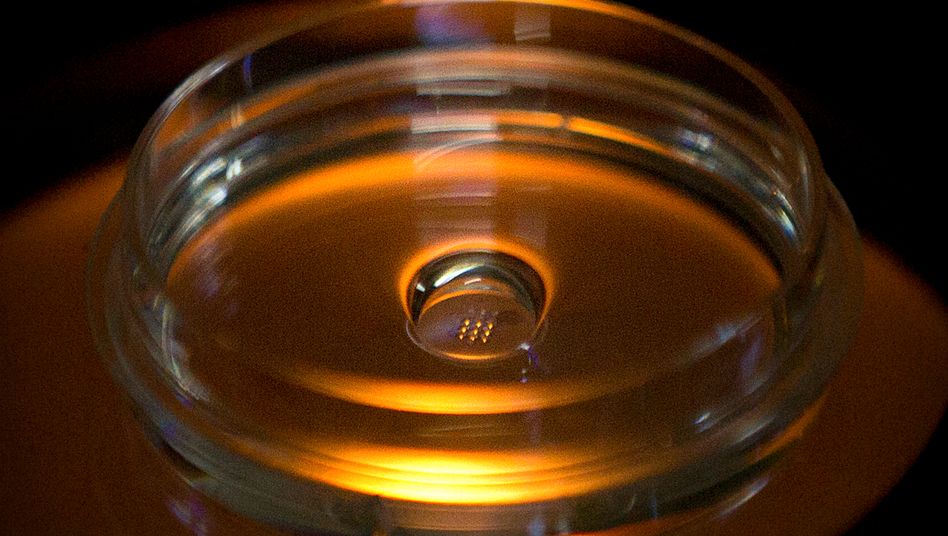 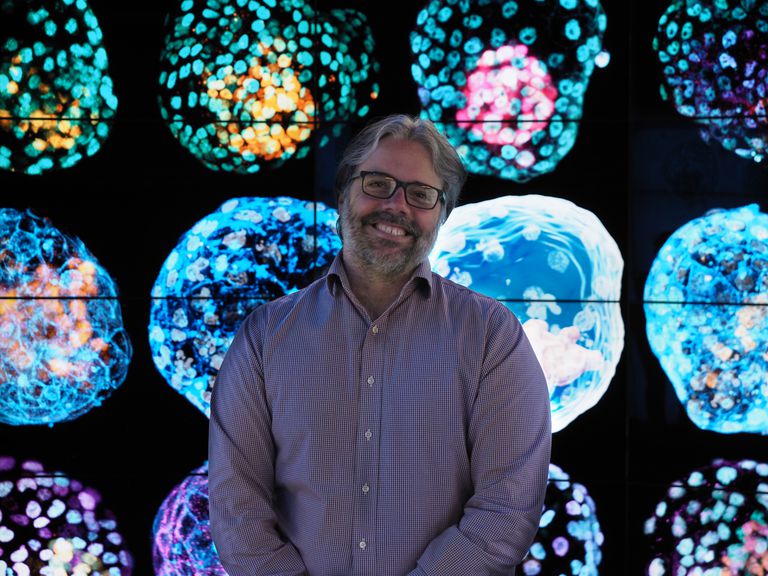 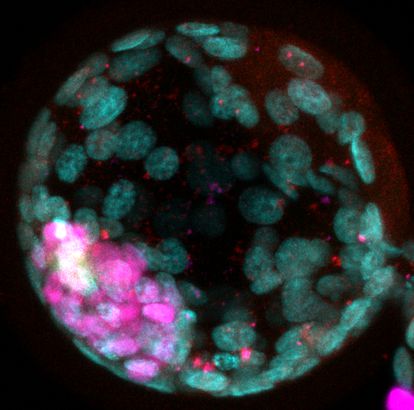