In the past two days (27-28), the Mong Kok Police District launched an operation code-named "DASHREBOUND" to crack down on the sources of triad income and curb youth crime on a large scale.

During the operation, the police arrested 49 people, including 37 men and 12 women (17 to 73 years old). Some of them had triad backgrounds. They were involved in "operating illegal gambling establishments", "gambling in gambling establishments", and "possesses obscene objects for For publication purposes", "Management of pornographic establishments", "Management of drug dens", "Trafficking in dangerous drugs", "Possession of offensive weapons", "Burglary", "Unlicensed sale of alcoholic beverages" and "Unlicensed liquor licenses" Was arrested for crimes such as "drinking in the premises".

While smashing unlicensed bars and illegal gambling stalls, 7 men and 2 women were arrested in charge (25-60), suspected of violating the "Prevention and Control of Diseases (Regulations and Instructions) (Business and Premises Regulations)" (Chapter 599F); 9 men and 3 women (aged 25 to 51) in the venue were charged for violating the Prevention and Control of Disease (Prohibition of Group Gathering) Regulations (Chapter 599G). 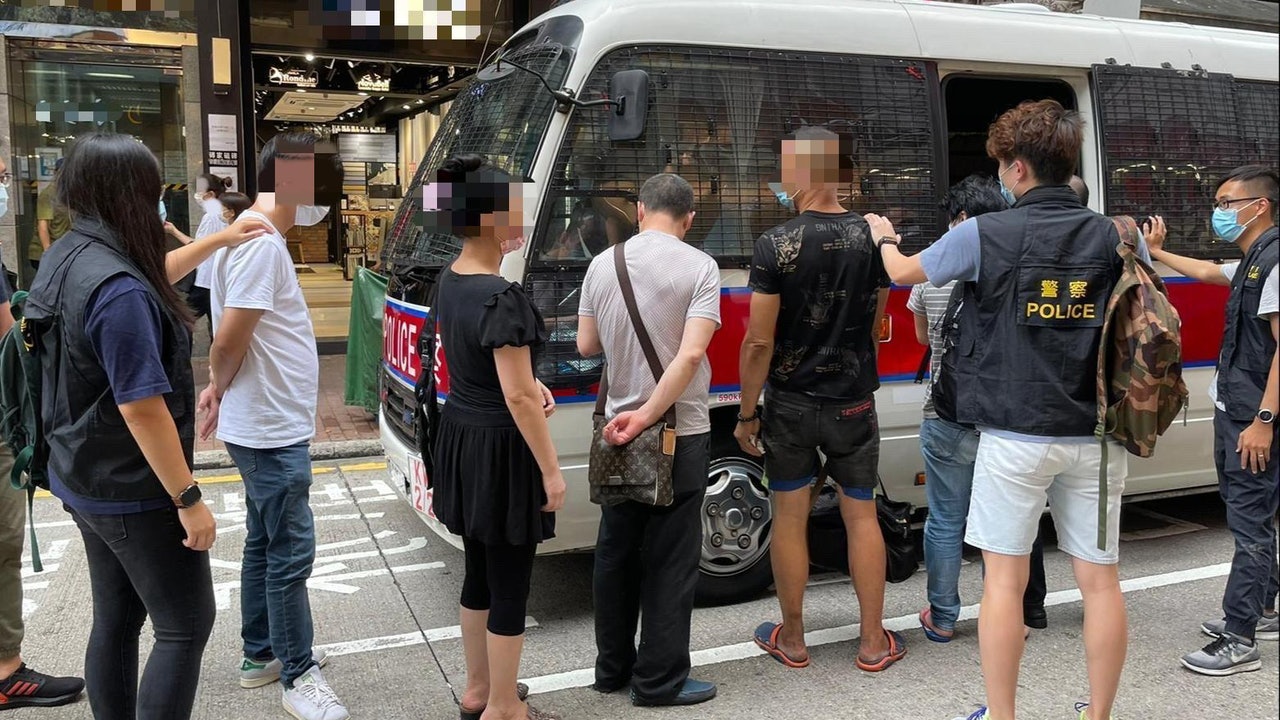 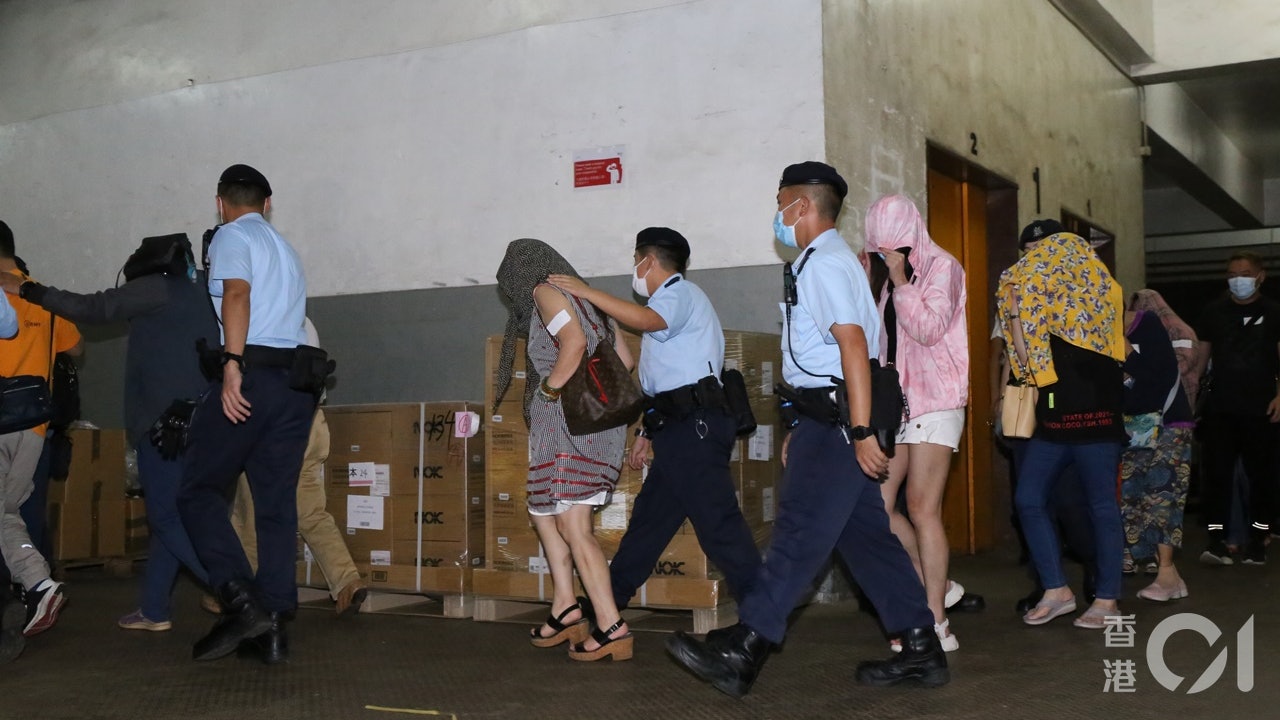 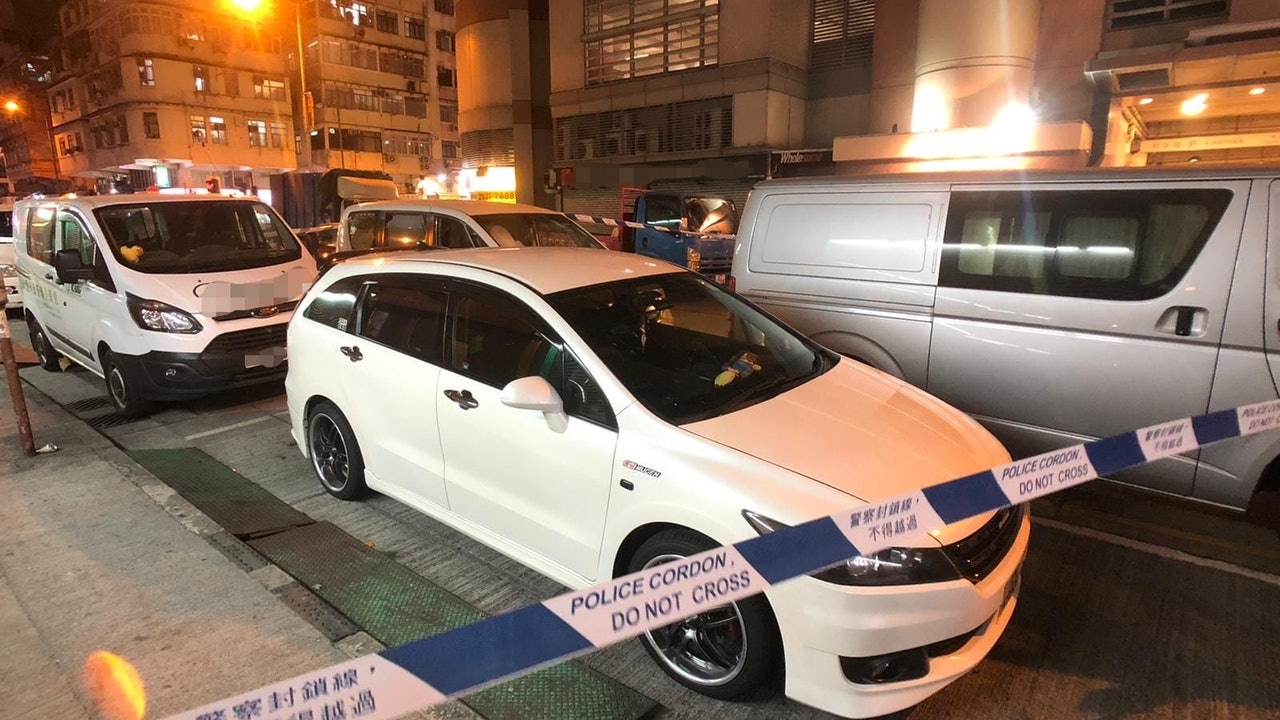 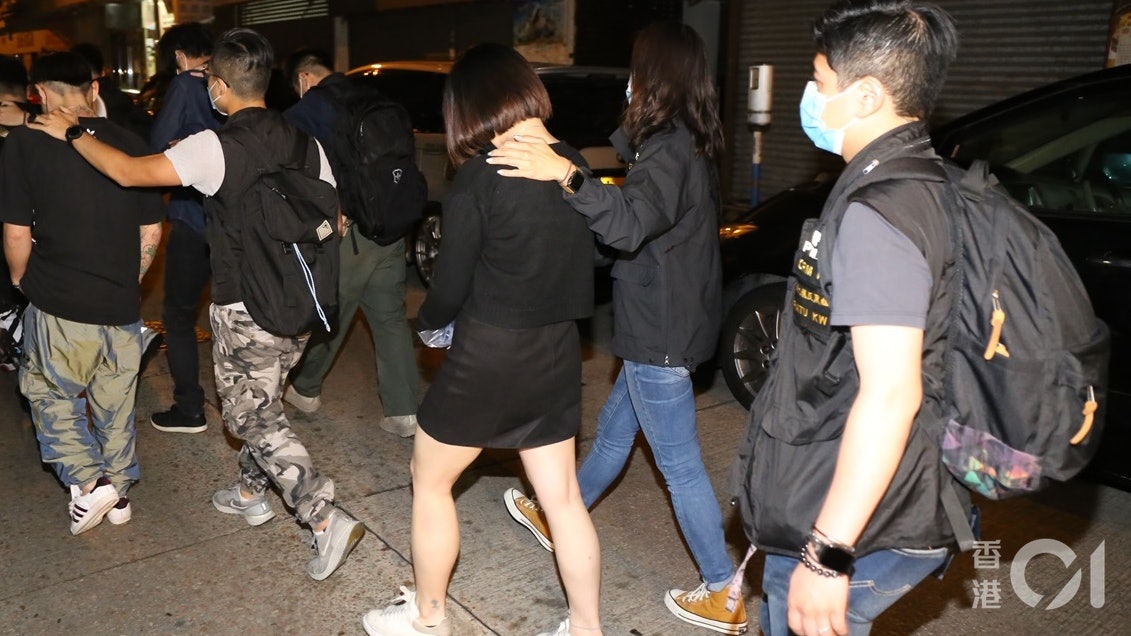