The state elections in Saxony-Anhalt are very explosive. CDU and AfD are in the front - observers fear a “Weimar 2.0”. CDU top candidate Haseloff is now raising allegations. The state elections in Saxony-Anhalt are very explosive.

Shortly before election day, concerns are growing in view of current polls: there is a head-to-head race between the CDU and AfD for the post as the strongest force.

While some observers fear a dam break among the Christian Democrats - or even a “Weimar 2.0” - CDU top candidate Reiner Haseloff is raising allegations against the federal government.

He seems to want to distance himself from Angela Merkel in the election campaign.

Merkel's government was partly responsible for the bad mood in his state, Haseloff let through. The Prime Minister criticized

the law on the federal emergency brake in particular

: In this way, the federal government had secured more powers to fight pandemic at the expense of the states. The law "certainly inadvertently played into the hands of right-wing extremists," said Haseloff.

"Politically, the consequence of this law was difficult", it had caused a "clearly visible tightening of the political discussion", said the Prime Minister. "Look at the surveys before and after the passage of this law." "The mood is simply not good, and that benefits certain forces - I mean the AfD," said Haseloff. He also criticized the fact that the left side of the political spectrum puts issues at the center of the debate, which for most people are rather subordinate and tend to lead to annoyance.

"This growing frustration potential is raised by the AfD," said Haseloff.

As an example, he cited gender-sensitive language: "The way that is expressed in a missionary way annoys many people because it no longer has anything to do with the lives of many people," he said.

"In the East, self-confident women define themselves through their performance and not through the inland I." Other prominent conservatives, including Friedrich Merz, had also expressed criticism.

Meanwhile, the political competition is concerned that the CDU could still make a pact with the AfD after the election.

The SPD top candidate for the state elections in Saxony-Anhalt, Katja Pähle, accused the CDU of a vacillating and unreliable attitude towards the AfD.

“We learned from the right about the threat to our democracy in the practical discussion with the AfD - unfortunately the CDU did not,” said Pehle on Sunday at the SPD's Eastern Convention in Halle.

SPD top candidate Katja Pähle with Olaf Scholz at the Eastern Convention of the Social Democrats.

The state election in a week's time is about a question that is bigger than Saxony-Anhalt: "It's about whether 76 years after the liberation from National Socialism all democratic parties show a clear edge against right-wing extremism - or whether in the CDU seriously is flirted with allowing the AfD to participate in government power. "

Prime Minister Reiner Haseloff's rejection of the AfD is credible to her.

"Unfortunately, that does not change the fact that the attitude of the CDU to the AfD is fluctuating, unreliable and therefore wide open to the right." Whoever chooses the CDU does not know what he will get - firewall or fire accelerator, Pehle said.

Faction vices campaigned for rapprochement - they are running again

The chairman of the left-wing parliamentary group in the Bundestag, Dietmar Bartsch, also warned of a CDU-AfD coalition in Saxony-Anhalt. “In the Saxony-Anhalt CDU, the dams to the AfD are partially breaking,” said Bartsch of the Düsseldorf

. Haseloff (CDU) does not want such an alliance, "but whether he will hold out is an open question," said Bartsch. “You can see a Weimar 2.0 to a certain extent in Saxony-Anhalt. All Democrats must be vigilant. "

Haseloff, who has previously ruled in a coalition of the CDU, SPD and Greens, has ruled out an alliance with the AfD and the left.

Nevertheless, there are also indications of other preferences in the Saxony-Anhalt CDU.

The Landtag parliamentary group vices Lars-Jörn Zimmer and Ulrich Thomas had called for talks with the AfD in 2019 - and a "reconciliation of the national with the social".

This did not have any consequences for the two CDU politicians.

They are fourth and fifth on the state list.

There had also been excitement about at least ambiguous statements by the then state party leader Holger Stahlknecht.

Saxony-Anhalt: CDU Prime Minister sees fate election - "for the whole of Germany is about a lot"

Another CDU country chief, the Saarland Prime Minister Tobias Hans, appeased in the meantime. “With Reiner Haseloff we have a prime minister who takes a clear line against the AfD. He is an upright democrat who will never tolerate the radical right and does not want to cooperate with them, "said Hans in an interview with

. But he also warned of the massive consequences of a possible dam breach: “This state election is about very, very much for the whole of Germany, because we will see whether Haseloff can prevail or the country sinks into chaos with an AfD that does not break away right-wing extremist ideas. "

In the light of the approaching state elections, a statement by Angela Merkel's Eastern Representative Marco Wanderwitz was also heavily discussed.

In the “FAZ Podcast for Germany” he said: “We are dealing with people who are partially socialized by dictatorship in such a way that they have not reached democracy even after thirty years”.

Part of the population in East Germany has "established non-democratic views".

“The problem is not that the East Germans allegedly“ did not arrive at democracy ”- the problem is those who want to lead our country out of democracy again!” She emphasized.

You can find an overview of the current surveys from Saxony-Anhalt in this article. Election showdown in Saxony-Anhalt: Looks at the AfD - CDU politicians do not want to form a coalition with the Greens 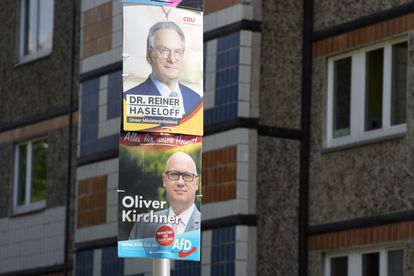 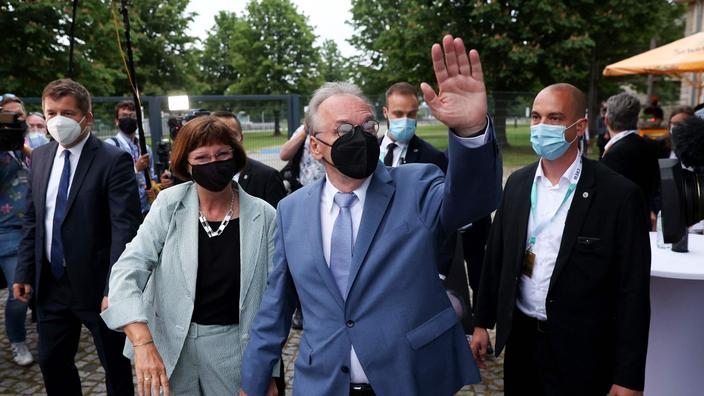 Germany: large victory for the conservatives in a test poll 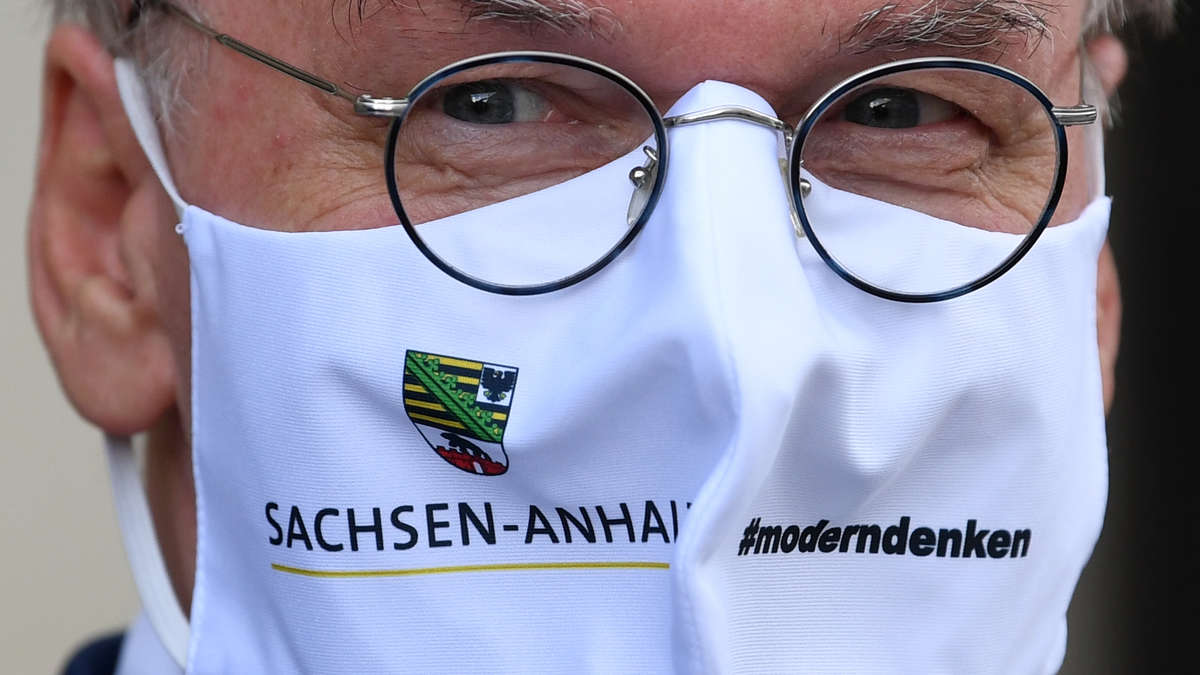 Coalition in Saxony-Anhalt: Haseloff now faces a maximum luxury problem - for the CDU, all are replaceable