Shatin school bus is suspected of running out of control and crashing on cycling track, 55 students are frightened and 24 others are injured

A school bus in Sha Tin rushed down the cycling track, and the students on the bus were shocked and crying. At about 1 o'clock in the afternoon today (4th), at 52 Tai Chung Bridge Road, Sha Tin, near Regal Garden, a school bus was suspected of losing control and crashing, and then dashed down the bicycle track, causing an accident 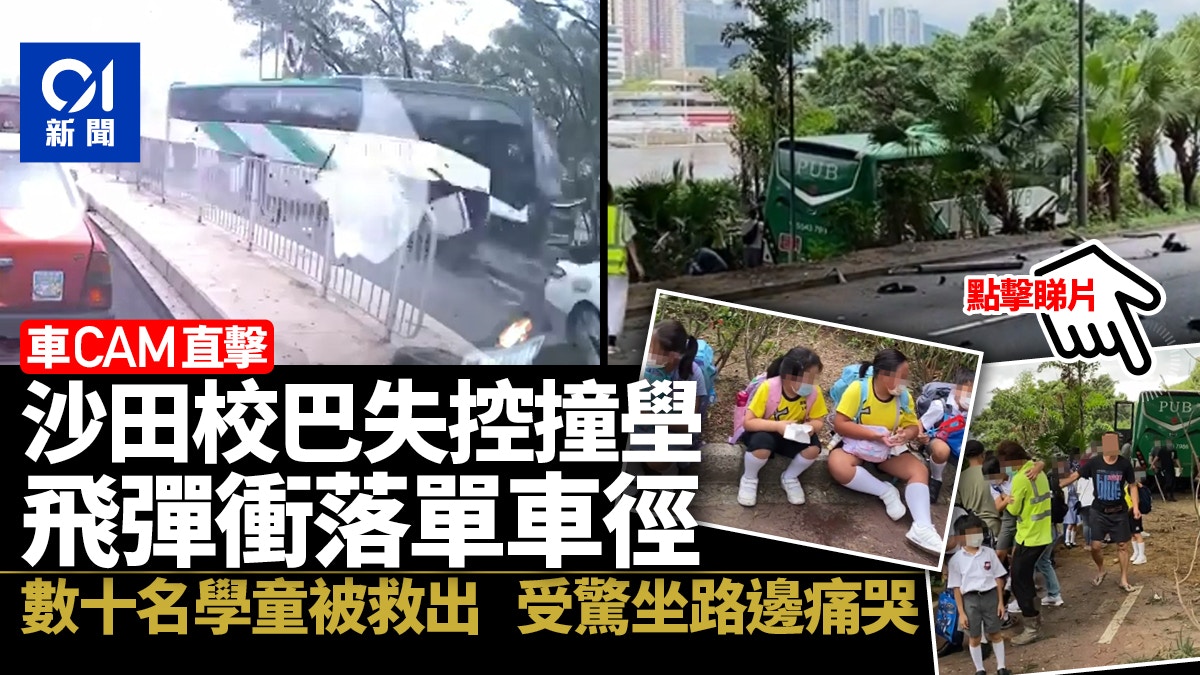 A school bus in Sha Tin rushed down the cycling track, and the students on the bus were shocked and crying.

At about 1 pm today (4th), at 52 Tai Chung Bridge Road, Sha Tin, off Regal Garden near Regal Garden, a school bus was suspected of losing control and crashing, and then dashed down the bicycle track. The accident affected another private car.

At the time of the incident, 55 elementary school students, aged between 6 and 13, were on board the school bus, as well as drivers and nanny.

There were 24 injured in the accident, including two drivers and 22 school children.

As school children wear seat belts, most of them suffered minor injuries, including bruises and bruises. Among them, the school bus driver was seriously injured and had broken bones.

All the injured were taken by ambulance to Prince of Wales Hospital, Kwong Wah Hospital and Nethersole Hospital for treatment. Police and firefighters were reported to the scene.

A video clip of the car at the moment the incident occurred on the Internet came out. I saw that the school bus was suspected of losing control and bumping. The road bounced the school bus like a jumping platform, and then rushed down the cycling track.

The school bus rushed down the cycling track and then stopped. The roadside plants were destroyed and scattered. Dozens of students in school uniforms were rescued and sat on the side of the road. In the clip, the students cried bitterly and said they were "horrified."

It was seen at the scene that the school bus crashed into a lamp post and road fence, and then bounced across three lanes. After crossing the flower troughs and hitting the big trees, the rest was still there. Then it dashed down the cycling track and stopped. Severely crashed.

Mr. Pan, the driver of the BMW private car who was affected by the school bus, said that when he was driving on the express lane, he was suddenly hit by a car and pushed forward. The students on the way were panicked and were led off by the school worker, and a large number of passers-by immediately stepped forward to help.

Miss Yu, a truck driver who witnessed the incident, said that she was waiting for the light at the light when the incident occurred. Suddenly the school bus involved quickly rushed out, suspected of losing control and hitting the road rail, and then hit a BMW private car on the left. When he flew past my car, some sands and rocks flew onto my car and arrived. How fast are you going down the road, and then you will rush down the mountain after staying with him." The truck driver said he was shocked, "I am in the middle of my house. It’s so shocking, it’s a minute later." But knowing that there were many students on the school bus involved, many passers-by came forward to help, Ms. Yu also stepped forward to help, and saw many students bruised, but fortunately they were not seriously injured. She was very enthusiastic. The public also brought tapes to assist the students.

The students on the bus were students of Lu Mingcai Primary School of Shatin Baptist Church. The vice-principal Chen of the school replied that after school today, a total of 55 pupils from Primary One to Primary Six took the school bus home.

The school bus departed at 1 pm, but there was an accident at Tai Chung Bridge Road. After learning about the incident, the school principal, teachers and counselors rushed to the scene and the hospital to find out about the student's injury, stabilize the student's mood, and contact the parents.

Vice President Chen pointed out that all the students seen at the scene were awake and the injuries were not serious, mainly bruises, sprains, etc. In the end, 22 students were sent to Prince of Wales Hospital, Guanghua Hospital and Nethersole Hospital for treatment. 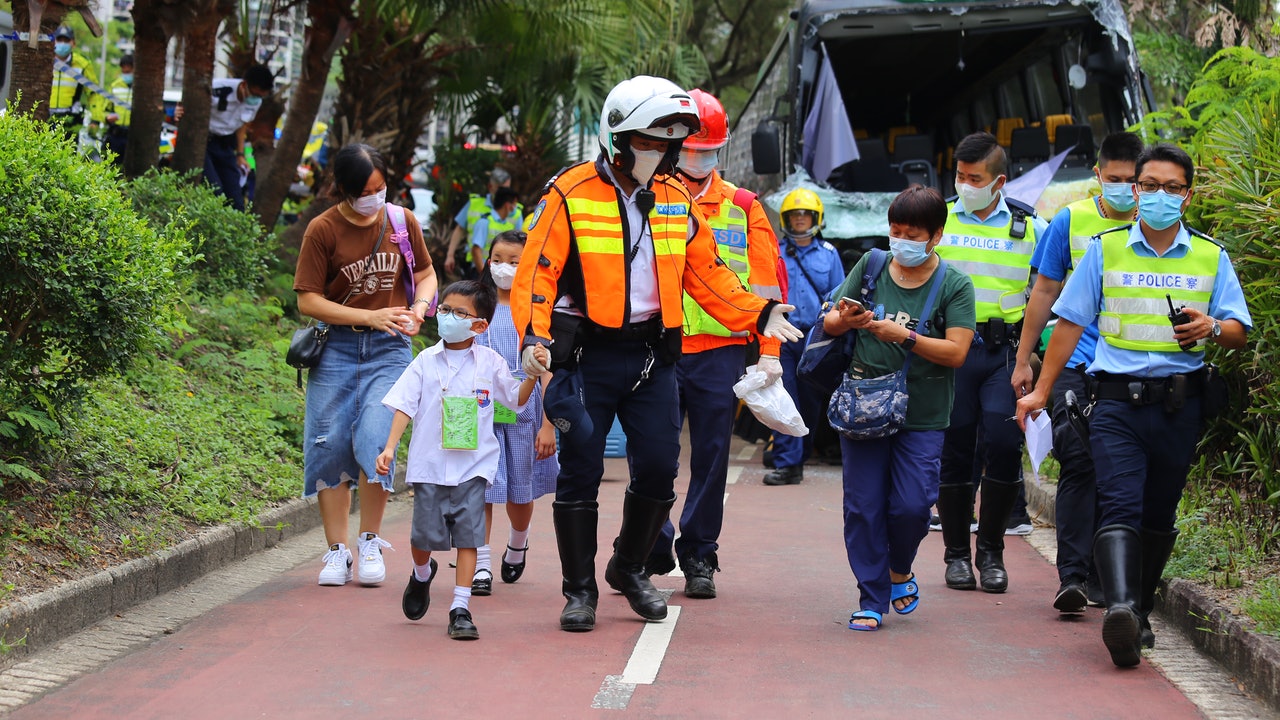 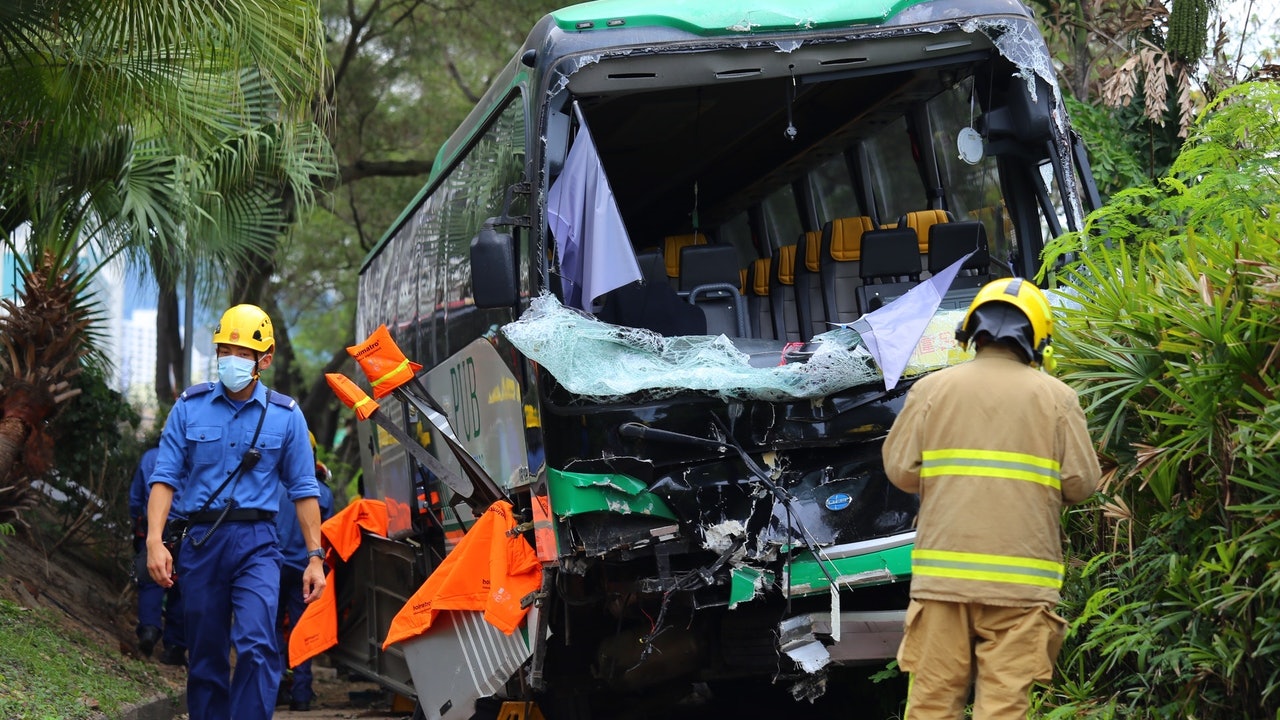 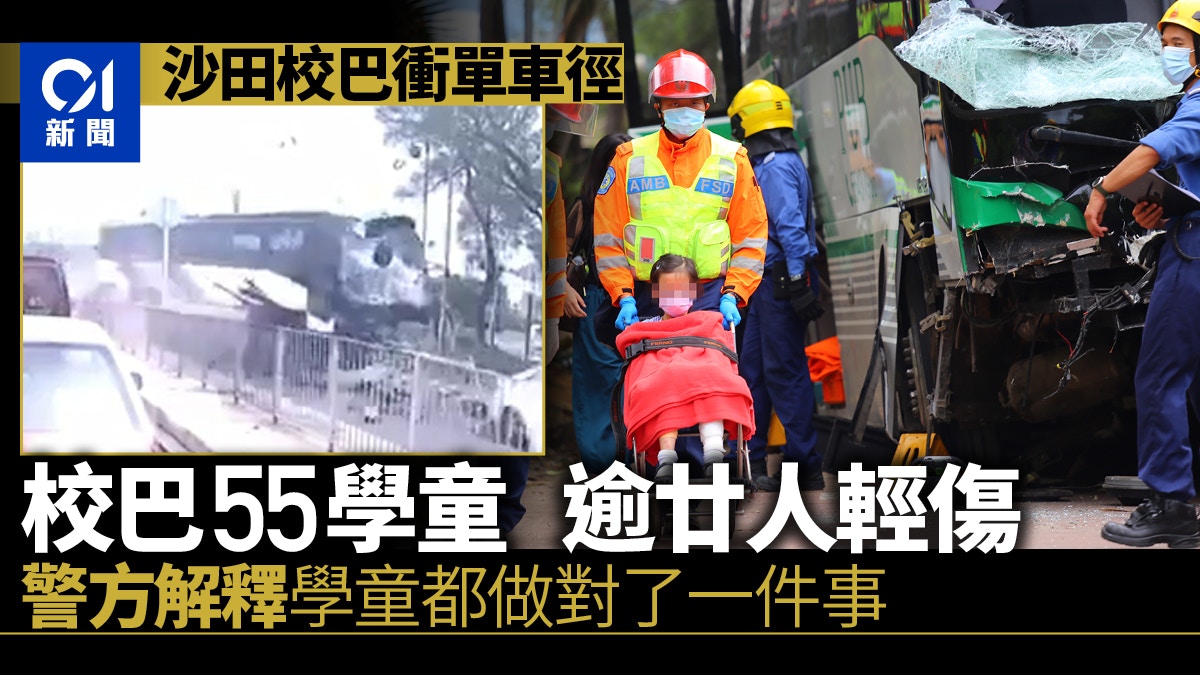 Sha Tin School Bus Accident | More than 20 out of 55 schoolchildren were slightly injured due to one thing, the driver involved in dangerous driving 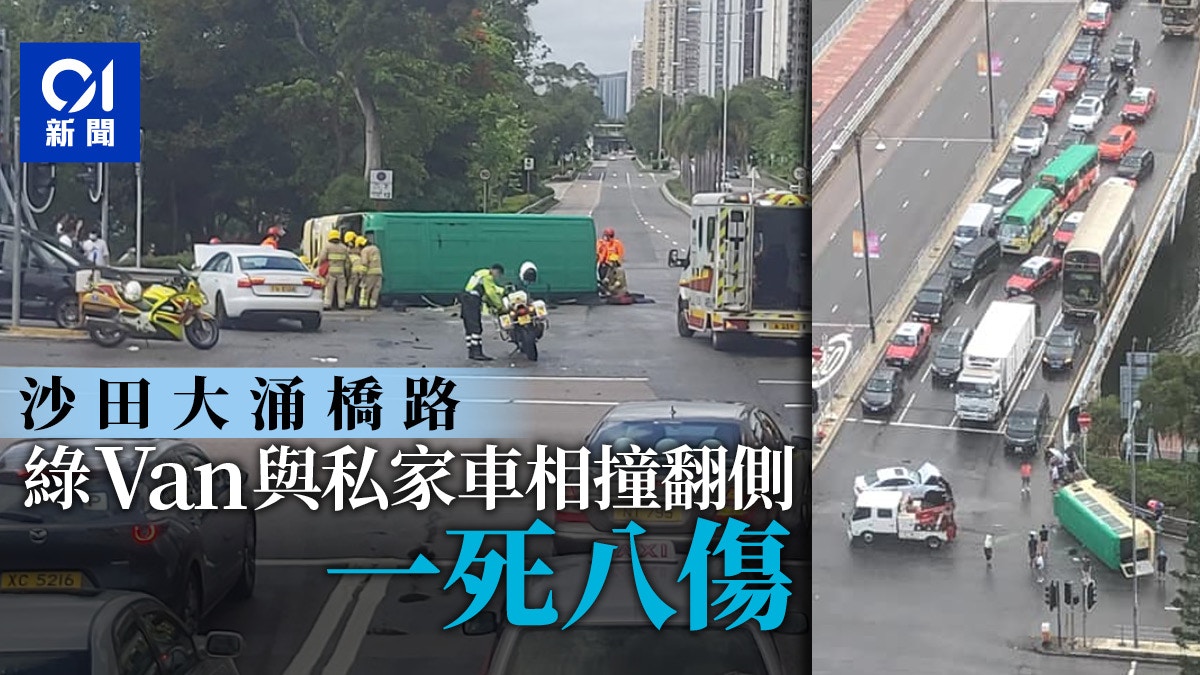 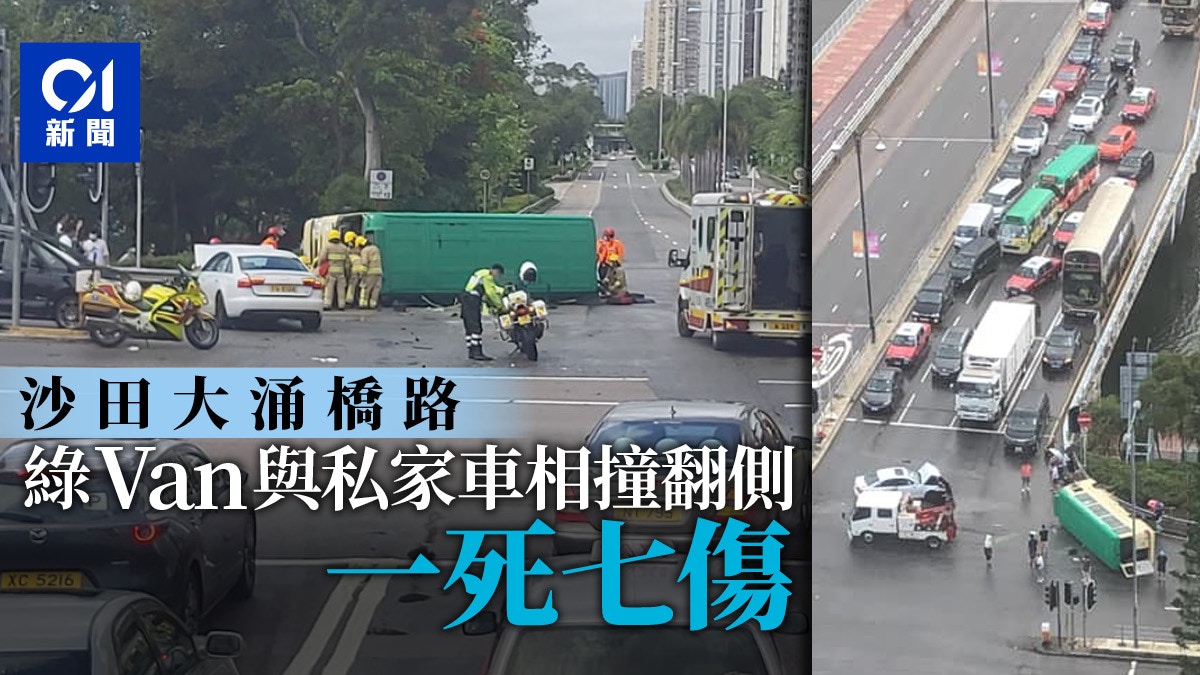 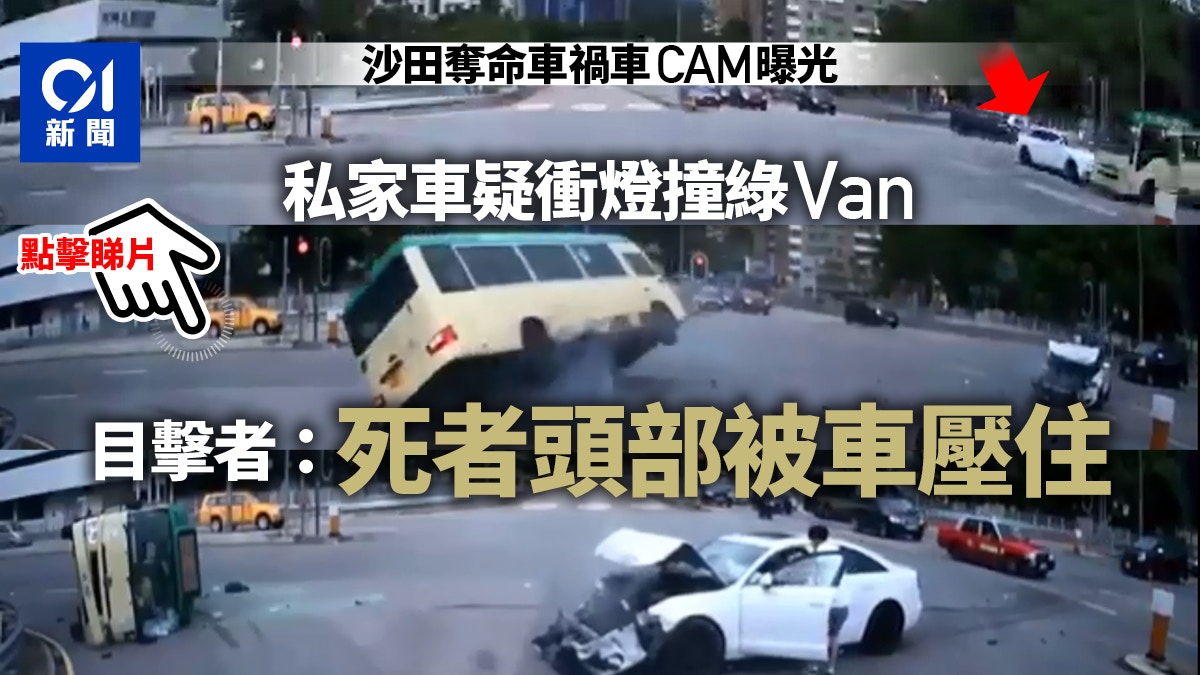