The old indoor swimming pool will no longer open its doors

An era ends in the school and sports town of Geretsried: after almost 50 years, the old indoor swimming pool will no longer open. But the inauguration of the new intercommunal swimming pool at the school center is getting closer - and with it the beginning of a new era. 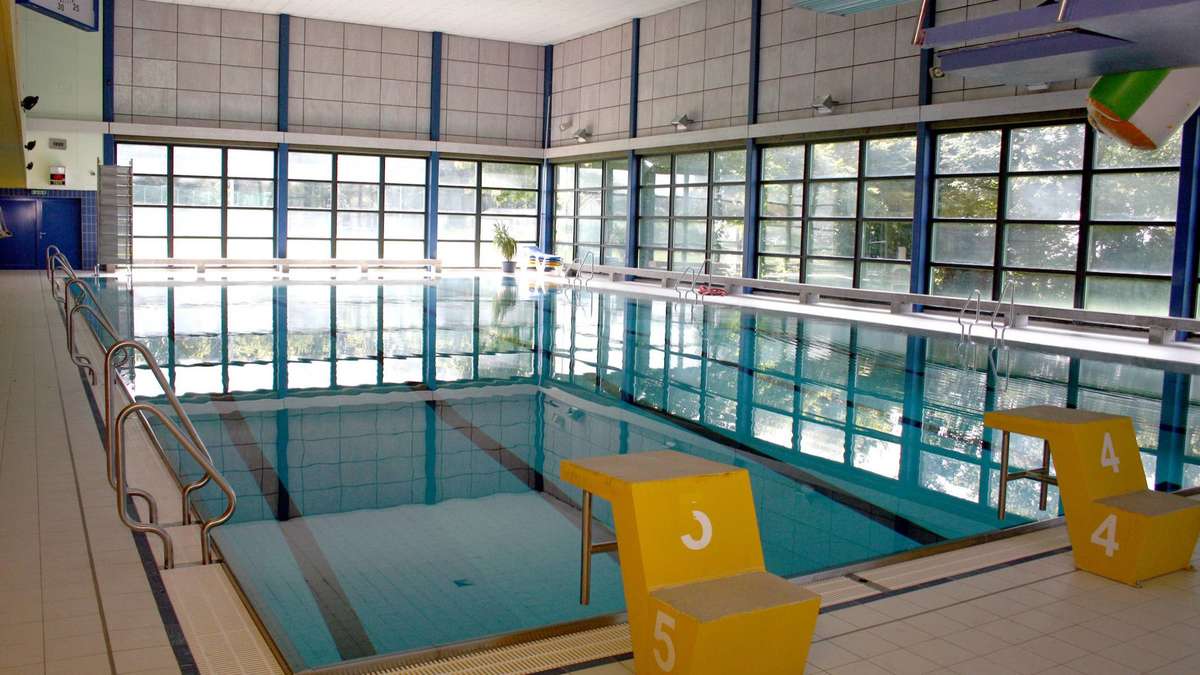 An era ends in the school and sports town of Geretsried: after almost 50 years, the old indoor swimming pool will no longer open.

But the inauguration of the new intercommunal swimming pool at the school center is getting closer - and with it the beginning of a new era.

Geretsried - The old pool was closed for many months due to the corona pandemic, and it still is, although swimming pools are now allowed to reopen.

The effort of reopening the old pool is not worth it, says Loibl with a view to the opening of the intermunicipal indoor pool not far from the school center, which is planned for September.

A fire at a supplier leads to delays

Review: The city fathers were planning an indoor swimming pool in Geretsried as early as the 1960s. "Since the beginning of the first planning talks with the subsequent approval of the present drafts in 1964, reserves have been collected in order to secure financing," says the Isar-Loisachbote report on the opening of the baths on Jahnstrasse in early January 1972. Construction began almost three years previously, in April 1969, including a former bunker that was already on the building site. The harsh winter of 1969 made it necessary to close the entire construction site by April 1970. The topping-out ceremony was held in August of the same year.

As with the construction of the new bathroom, a fire threw the schedule upside down. However, not directly on the construction site, but at a supplier: In December 1970, a fire destroyed the factories of a plastic supplier company and thus all of the PVC panels that would have been necessary for the lining of the swimming pool and the lifting platform built into it. The deadline for completion could not be met. Difficulties in dealing with other technically particularly complex facilities resulted in further delays.

The total construction costs at that time amounted to around 3.2 million D-Marks. 450,000 Deutschmarks flowed into government grants. The Wolfratshausen district also contributed 200,000 D-Marks. And the population also contributed: a building block campaign brought in 30,000 Deutschmarks. By way of comparison: The costs for the new inter-municipal indoor swimming pool are estimated at 16.5 million euros (state funding: 4.21 million euros, investment cost shares of the municipalities involved: around 1.4 million euros).

The indoor swimming pool was a great enrichment for the young city of Geretsried. There was a diving platform, a paddling pool for the little ones and a sauna. Countless boys and girls learned to swim there. Competitions of the sports clubs, the consecration of the waters of the Greek community, training units of the rescue organizations, water aerobics, swimming by candlelight and children's afternoons took place there.

Over the course of five decades, the ravages of time gnawed at the sports facility.

Repairs to the lifting floor, renewal of joints and tiles, upgrading pumps and electrics, installing new ventilation motors: many hundreds of thousands of euros went into maintenance and renovation work.

When the sauna, diving tower and paddling pool had to be closed for safety reasons, the numbers fell by around half.

In the Corona year 2020, in which the bathroom had to close for a few months due to two lockdowns, a total of 21,857 visitors were counted.

The original plan was to keep the old pool in operation until the new one was on Adalbert-Stifter-Straße. But the completion of the intermunicipal indoor swimming pool is now within reach. Organizationally, the trial run has been running since April, according to press spokesman Loibl. "Our indoor swimming pool team puts the entire technology and processes through their paces." For this, the employees have to be on site. "This trial run, coupled with the fact that the regulations of the state government did not allow any openings until the end, prompted us to stop using the old indoor swimming pool on Jahnstrasse," said the town hall employee. The technically and financially necessary expenses would also be disproportionate,“Especially since it is now a very manageable period”. As reported, it is planned to open the new bathroom at the beginning of the school year 2021/22.

Only the fire alarm system is still in operation

In the lockdown, the old indoor swimming pool was running at minimum.

"On the one hand, it was of course a matter of reducing operating costs during this period," explains Loibl, "on the other hand, we wanted to be able to start again quickly had the pandemic allowed it." decided to shut down the old bathroom and drain the water.

In the meantime, according to the press spokesman, all technical systems have also been taken out of service.

For insurance reasons, only the fire alarm system is still in operation.

Anything the indoor pool team may need at its new place of work will continue to be used, says Loibl.

Some things have even been moved, "such as the underwater vacuum cleaner, the collecting trays for chemicals, the washing machine, water hoses, tools, the disinfection device or even swimming aids and devices." Others (such as some lockers) will continue to be used within the city.

Press spokesman Loibl: "We try to sell equipment that can no longer be used if possible." 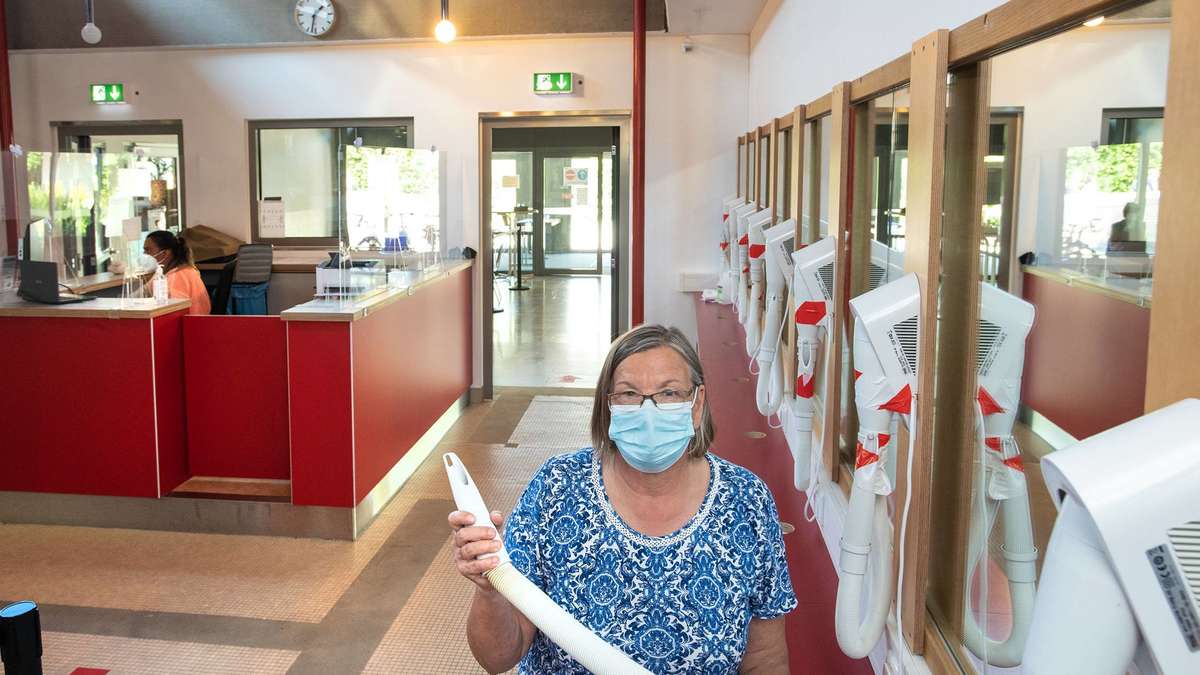 Indoor pool is still closed for the time being

The old indoor swimming pool will no longer open its doors 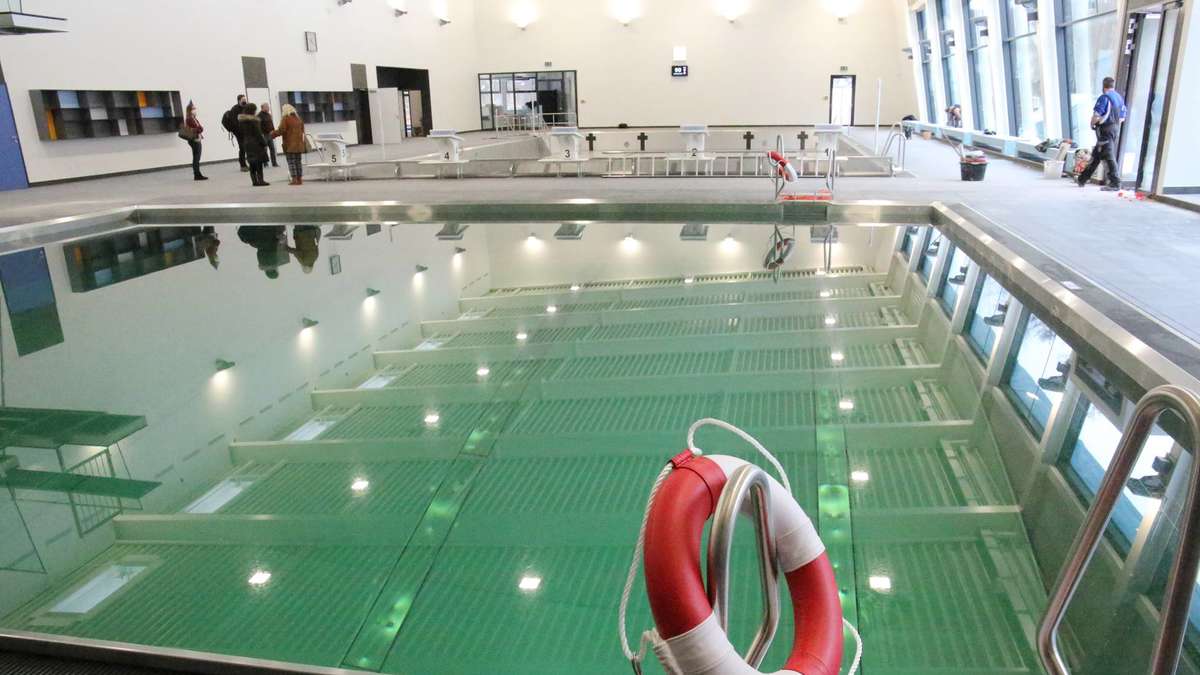 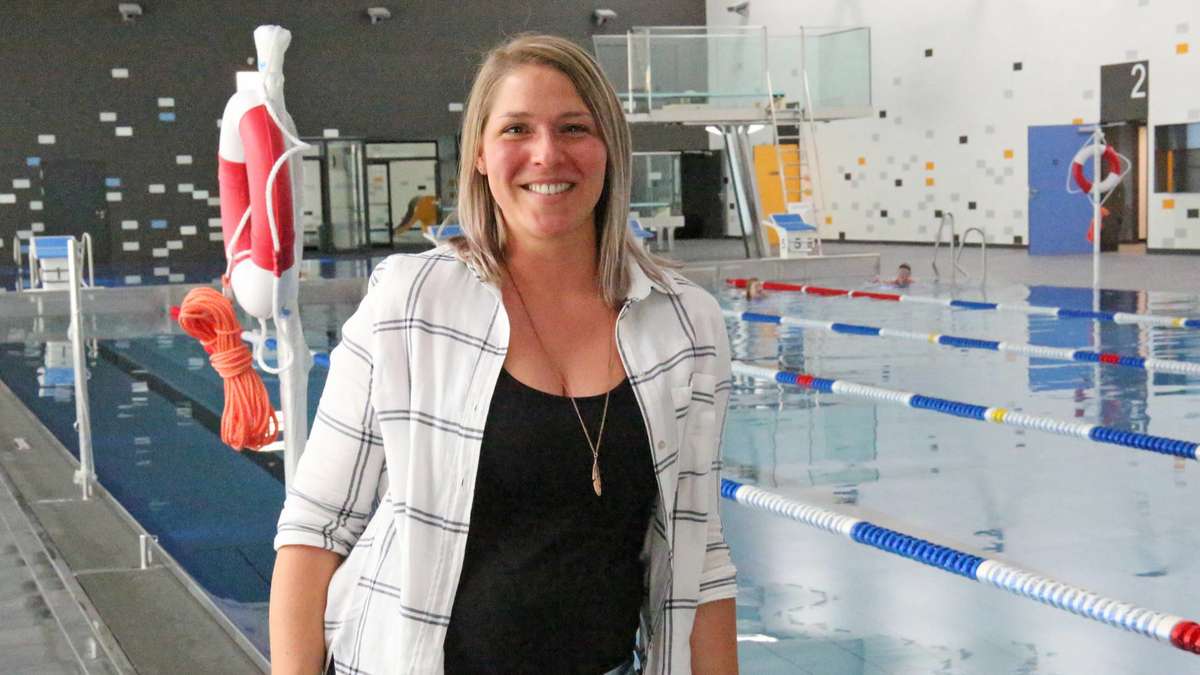 In the new indoor swimming pool in Geretsried the motto is: let water go!