After his son fell, the fisherman who survived Auschwitz left everything to fulfill his dream - Walla! news

Jacob Schwartz tried to rebuild his life in Israel after losing most of his family in the Holocaust, and fishing in the Sea of ​​Galilee for more than twenty years. After his son Avi, who studied optometry and planned to open his own eyewear store, was killed in the Yom Kippur War, he got into his shoes and set up a business bearing the son's name. Died two weeks ago at the age of 94

After his son fell, the fisherman who survived Auschwitz left everything to fulfill his dream

Jacob Schwartz tried to rebuild his life in Israel after losing most of his family in the Holocaust, and fishing in the Sea of ​​Galilee for more than twenty years.

After his son Avi, who studied optometry and planned to open his own eyewear store, was killed in the Yom Kippur War, he got into his shoes and set up a business bearing the son's name.

Died two weeks ago at the age of 94

In the video: Yaakov Schwartz lost his son in the Jewish War and opened the evidence institute that his son did not have time to educate (Photo: Shlomi Gabay, Editing: Tom Zoili)

Yaakov Schwartz, a Holocaust survivor, rebuilt his life in Israel, and worked for more than 20 years as a fisherman in the Sea of ​​Galilee.

After my father, one of his sons who dreamed of becoming an optometrist, was killed in the Yom Kippur War - he left the sea and went to study optometry himself, and opened the eyewear store that his son did not get to set up.

He passed away two weeks ago at the age of 94.

Yaakov Schwartz with a picture of his son, Avi (Photo: Shlomi Gabay)

Schwartz was born in 1927 as Henry in the town of Kanjiza in the province of Vybudina in northern Yugoslavia, to his parents Elizabeth and Hugo who owned a grocery store. The couple had two other daughters - Yehudit (Yola) and Magda. The family lived a peaceful and good life, and the boy Jacob specialized in regrets.

In 1941 everything was undermined: the Axis powers invaded Yugoslavia, and the north of the country was annexed to Hungary, an ally of the Nazis. Until 1944, members of the Schwartz family managed to survive, but then they were sent to the Auschwitz camp.

Jacob was saved by the wisdom of his hand. "Asked who knows frames and regrets, I said I was. A German officer gave me a caliber near to examine me, and from the skill I discovered, saw that I was telling the truth," he said. Following this, he was sent to work in a factory that produced the V-1 missiles, the same missiles that had been used a few years earlier by the Germans in a blitz on London. "We did not understand what we were doing until a mechanical engineer who worked with us explained to us. My job was to assemble the fuel exhaust pipe over the rocket body," he said.Schwartz said several years ago.

He was sure that war would break out and ascended Mount Hermon.

After he returned, the Syrian shelling began

Fish in the Sea of ​​Galilee for more than 20 years.

Only he and his Jewish sister survived the inferno from his family.

They met after the war in Budapest and moved to the city of Novi Sad in Yugoslavia, where a small Jewish community survived.

In Novi Sad he met Adita (Jewish) and married her, and their eldest son Zeev-Tibor was also born there.

In 1949 they immigrated to Israel, which had just been established.

The small family settled in the Migdal settlement near the Sea of ​​Galilee, where their second son, Avi (Avigdor), was born.

Then the family moved to Tiberias and there they had another son and daughter - Roni and Tamar.

Yaakov and his friends set up a fishing cooperative called "Rakat", named after an ancient city that was north of Tiberias.

In addition to the fact that it is hard work, at night and sometimes in difficult weather conditions, fishing in the Sea of ​​Galilee in those years also posed a tangible danger to the lives of fishermen.

On the east bank of the Sea of ​​Galilee, the Syrian army, which no one bothered, sabotaged the fishing nets, threatened and even shot at them.

More than a dozen fishermen have been shot dead by Syrian fire in those years.

Thus, in 1959, when Jacob and his co-worker Zoltan Feldesh began pulling the fishing nets in front of the Syrian outpost in Nokiev, 120 meters from the shore, fire was fired at them.

The two then jumped into the water and swam a distance of two kilometers, south - to Ein Gev.

Despite the difficulty and dangers, he loved working on the Sea of ​​Galilee and persevered in it for 24 years. "It's the best job it can be. It's just you and nature - the wind, the water, the calm and most importantly: the fish do not talk," he explained.

But a heavy family disaster led him to leave fishing and change professions: his son, my father, was killed in the Yom Kippur War. He was a young reservist, 22 years old, married and the father of a three-month-old baby. He studied optometry and worked as an employee in a eyewear store, and had already begun planning to open his own store upon graduation. At the beginning of the war my father was not drafted into the army, and at night he worked with his father in fishing. He was bothered by not being called to the service, and after a few days went to the city officer's offices in Tiberias and from there was sent to the front in Sinai. On October 28, 1973, the jeep in which he was driving and on which TULL (cannon without recoil) was mounted hit a mine. My father and two other soldiers were killed on the spot.

Jacob took some of the blame for the death of his son.

"I told him that if he wanted to, he should go to the city officer," he said a few years ago in an article published in Walla!

On Memorial Day for IDF casualties. The mother, Edita, could not bear the loss and collapsed mentally. After two years she died of a heart attack.

"He got addicted to work to forget about the pain"

After the disaster, Jacob left fishing and began studying optometry.

Later, he opened the store he had dreamed of with his second partner, Rebecca.

"Optica Avi" was the name of the store.

Schwartz was known as a good and professional optometrist, and in time a store was opened in Beit She'an as well.

This branch was also awarded the title of "Dear Beit She'an" thanks to its extensive volunteer activities, which also included a pair of free glasses for every elderly person who needed it.

The son, Zeev (Tibi), wrote in the obituary about his father that he "was addicted to work to forget a little about the pain, but when he was around the family was always happy, joyful and dancing. He also listened to classical music."

The son added that his father was "a storyteller, traveled with us a lot in nature, really liked the art of photography and photographed a lot. In addition, he really enjoyed watching sports and especially football games, and loved playing chess. He said a good chess player also knows how to see moves in life."

According to him, his father knew how to find the good in every person and in every occasion.

At age 75, he suffered a stroke that restricted his movement.

He was forced to stop working, and according to his son "spent most of his time at home, 'traveling' the world on the computer, playing chess against the computer and 'playing' football with the players on TV."

He passed away two weeks ago at the age of 94. "We will remember him as a wonderful, optimistic, hardworking and loving man," his son wrote.

After his son fell, the fisherman who survived Auschwitz left everything to fulfill his dream - Walla! news

With an amputated hand, the Man of Steel led an armored battalion to victory in the Golan. Just for forgetting he did not forgive - Walla! news

The last soldier to survive the liberation of Auschwitz died at the age of 98 - Walla! news 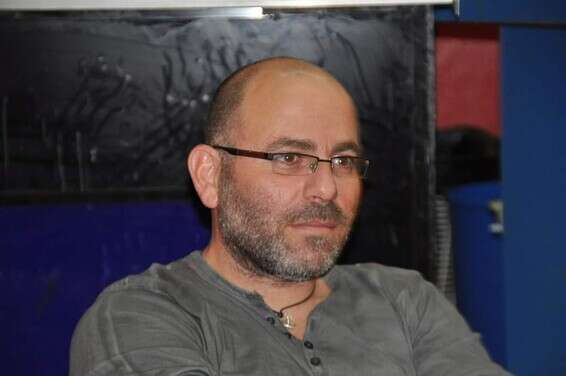 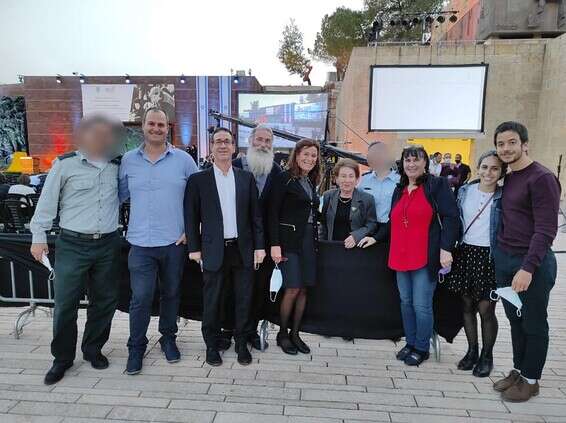 The grandparents survived the Holocaust, the grandchildren are IDF officers | Israel Today