As the day for the distribution of electronic consumer vouchers approaches, the government and four electronic operators have successively announced details. Although Octopus has recently been suspicious of maintaining its status as the "one brother" in electronic payment, it has continued to send money and offer discounts to attract customers, and its momentum is like a rainbow 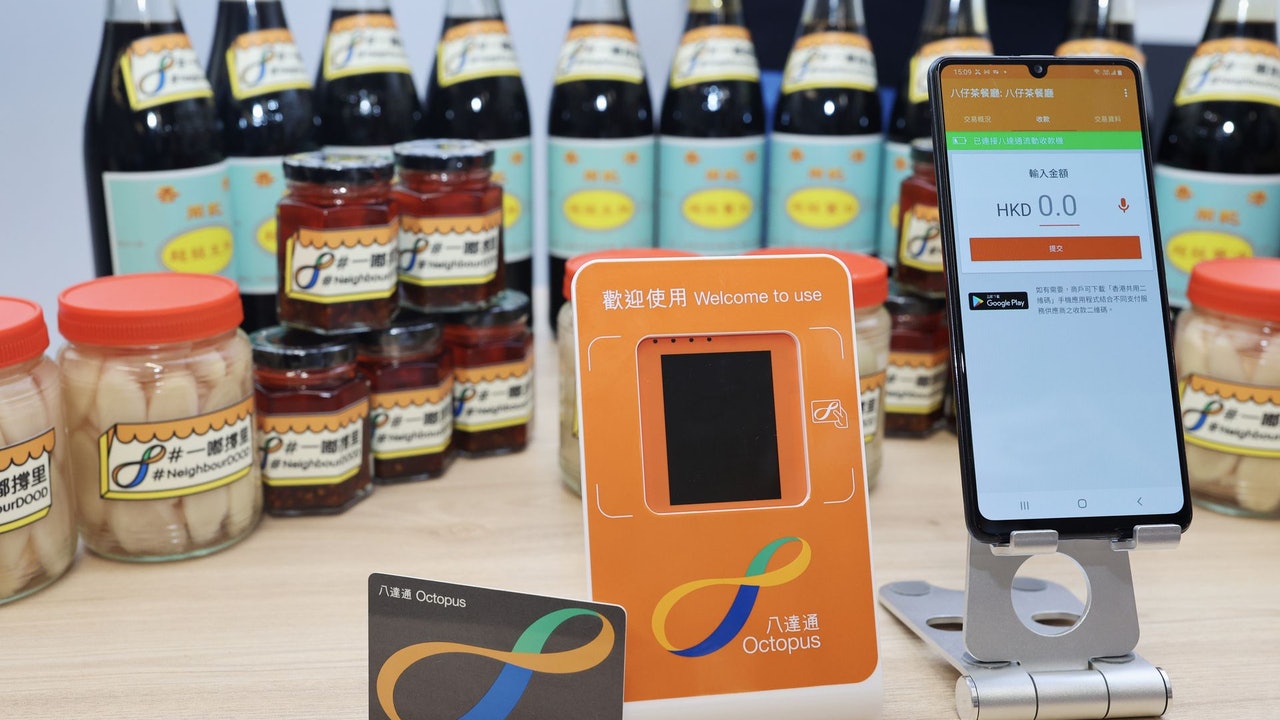 As the day for the distribution of electronic consumer vouchers approaches, the government and four electronic operators have successively announced details.

Although Octopus has recently doubted its position as the "one brother" in electronic payment, it has continued to send money and offer discounts to attract customers, and its momentum is like a rainbow.

However, Octopus suddenly notified users this Wednesday (9th) that if they receive consumer coupons with an Octopus card, before the consumption amount reaches 5,000 yuan, the transfer of the Octopus card balance to the Octopus wallet will be suspended, which means that it will be difficult for users to use the coupons online at that time. Go shopping.

After the news was announced, many citizens complained, and even questioned the technology of Octopus for failing to deduct money according to the scope of application of consumer coupons.

What is the impact of banning balance transfers to Octopus wallets, that is, virtual Mastercard?

Although Octopus cooperates with Boutir, the mobile phone NFC technology can skip the Octopus wallet and use the Octopus card to deduct the amount of consumer coupons.

However, looking through the information, it was found that the top ten online shopping platforms frequently visited by Hong Kong people do not provide online payment services with Octopus cards. The other three electronic operators may become winners in the event.

The following will introduce one by one the electronic payment methods provided by local online shopping platforms.

Faced with the rise of online shopping in the society in recent years, Octopus launched a rechargeable virtual Mastercard in 2019, and users will directly deduct money from the Octopus wallet when paying.

However, Octopus informed users this Wednesday (9th) that if they receive coupons with an Octopus card, the transfer of the Octopus card balance to the Octopus wallet will be suspended before the consumption amount reaches 5,000 yuan, which means that users will have difficulty using the virtual Mastercard. Use vouchers to shop online.

However, at the beginning of this year, Octopus cooperated with Boutir, an online store opening platform. Consumers only need to select "Octopus Payment" when making payments. Use the NFC technology of the mobile phone to tap the Octopus card to make the payment. This method can deduct the coupon amount .

▼Payment steps of Octopus in the palm shop Boutir system▼

The above two electronic operators are both from the Mainland, and users use QR codes to make transactions.

Among them, AlipayHK has actively entered into transportation in recent years, and has recently landed on MTR and buses.

Although citizens use AlipayHK to shop on Taobao more often, many online shopping platforms in Hong Kong only accept credit card payments.

However, in order to expand into the online shopping market, AlipayHK has recently landed on Boutir, the palm shop after Octopus. Therefore, its coverage of online stores is higher than that of WeChat Pay HK.

As for Tap & Go in the consumer coupon grabbing battle, it may become the "biggest winner" at the online store level.

At the same time, most online stores currently accept Visa and Mastercard to receive payments, and the coverage is higher than that of QR codes and Octopus cards.

It is worth mentioning that if the Octopus Virtual Mastercard can use electronic consumer coupons, its online store coverage is the same as that of Tap & Go.

However, Octopus announced a few days ago that if users select Octopus to receive consumer coupons, the Octopus wallet transfer function will be suspended, which represents virtual credit card payments and becomes an "exclusive" feature of Tap & Go.

Fang Baoqiao said frankly that the transfer of consumer vouchers to a virtual credit card via an electronic wallet will cause the online shopping process to be complicated, and it is believed that there are technical difficulties.

Fang Baoqiao, honorary chairman of the Hong Kong Information Technology Chamber of Commerce, said that the suspension of the transfer of Octopus card balances to Octopus wallets is to prevent the amount of consumer vouchers from being cashed out by "FPS". "It is not because the government wants to see the purpose of consumer vouchers." It is believed that the suspension of this function will have little impact on Octopus, which means that after Octopus has cooperated with Palm Shop, citizens can directly use Octopus cards to pay through Octopus wallets when visiting online stores.

However, Fang Baoqiao admitted that if the Octopus Virtual Mastercard can use consumer vouchers, Octopus’s online store coverage will be the highest among the four electronic operators.

But he admitted frankly that the transfer of consumer vouchers to virtual credit cards via e-wallets will result in a complicated online shopping process. He believes that there are technical difficulties. For example, it is difficult to pay with credit cards and half with vouchers for goods worth hundreds of dollars.

On the contrary, physical retailers can deduct money at the discretion of customers.

"This technology is complicated and difficult. It may not be enough to get the Credit Card."

Fang continued to point out that credit cards have the image of "making money in the future", and it is estimated that the government does not want the Octopus virtual Mastercard to be able to use consumer vouchers.

Therefore, he also inferred that Tap & Go may face the same situation or distribute consumer vouchers through its e-wallet.

But he also emphasized that the exact method of use has yet to be announced by the authorities.

When asked about the follow-up development among the four electronic operators, Fang Baoqiao was also optimistic about Octopus.

He explained that the public has also applied for an Octopus for consumption coupons to satisfy the public's desire to protect privacy.

And Octopus does not need to install App, the payment process is simple, I believe that more people will choose Octopus to receive consumer coupons.

Since the government announced earlier that consumer vouchers are limited to local consumption, the mainland and overseas online shopping platforms commonly used by Hong Kong people, such as Taobao, Amazon, and Ebay, are not in the scope of use.

However, there is a column "Pay on the spot" on the page, which means that users can still go to HKTVmall stores and use Octopus cards to deduct consumption coupons for payment.

Youhe YOHO supports many payment methods. In addition to Visa, Mastercard and UnionPay cards, AlipayHK and WeChat Pay HK can also be used for payment, but Octopus is not included.

Ztore's website introduction shows that it accepts a variety of payment methods, including Octopus App and wallets.

However, after entering the payment page of the App, there is no option for Octopus, only the other 3 payment methods are displayed.

The websites of FORTRESS, PARKnSHOP, Watsons, and Watsons under the Watsons Group all show that they accept Visa, Mastercard, UnionPay, and Alipay (including AlipayHK).

In addition, some online shopping platforms include THE CLUB, ZALORA, Built-in Pro, and only accept credit cards such as Visa, Mastercard, and UnionPay.

As for Tmall Tmall, although it is not a local online shopping platform, Chinese manufacturers in Hong Kong will earlier launch plans to help local companies enter the mainland online shopping market. A small number of merchants have opened online stores in recent years. Therefore, if the government announced the news, consumer coupons In order to stimulate the local economy, this batch of local online shops are also within the scope of use of consumer vouchers.

The payment page of Tmall Tmall shows that Visa and Mastercard are accepted, but a 3% handling fee is charged. If AlipayHK is used to pay, the handling fee will be waived.

It is worth noting that although the palm shop Boutir is not an online shopping platform, it provides merchants with a system for opening online stores, supporting payment methods such as Octopus, AlipayHK, WeChat Pay HK, Visa, and Mastercard. So far, it has accumulated more than 128,000 online stores. 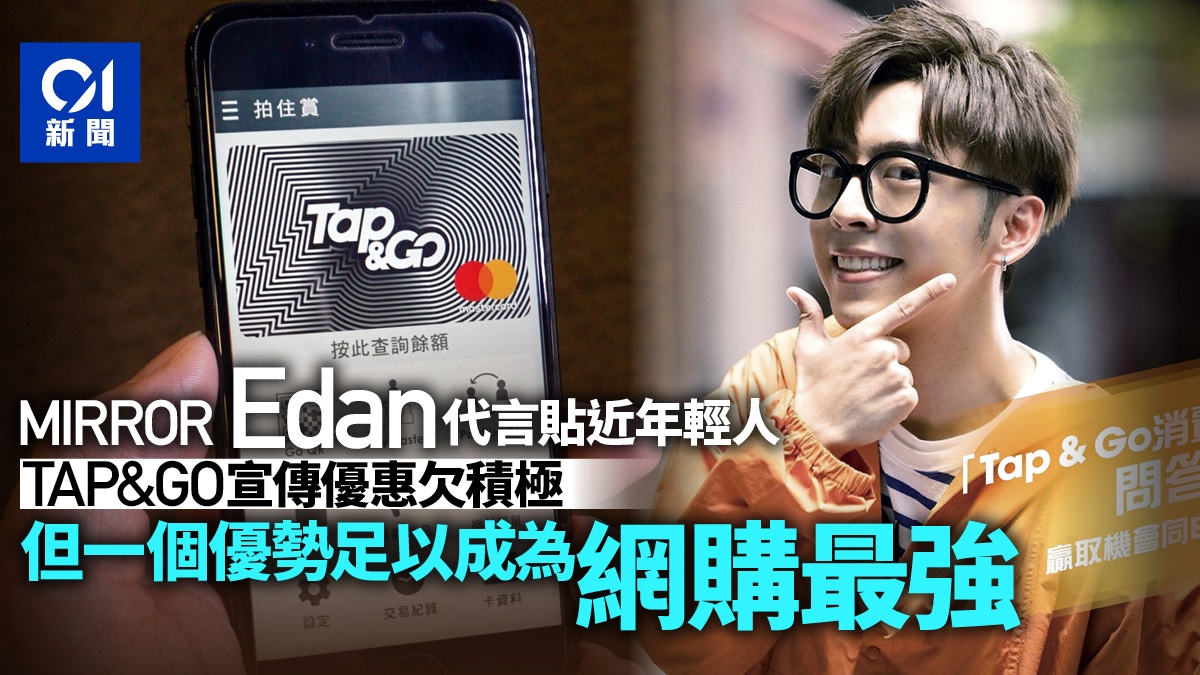 Coupons｜Tap &amp; Go payment method is the most expensive to cover citizens who love online shopping 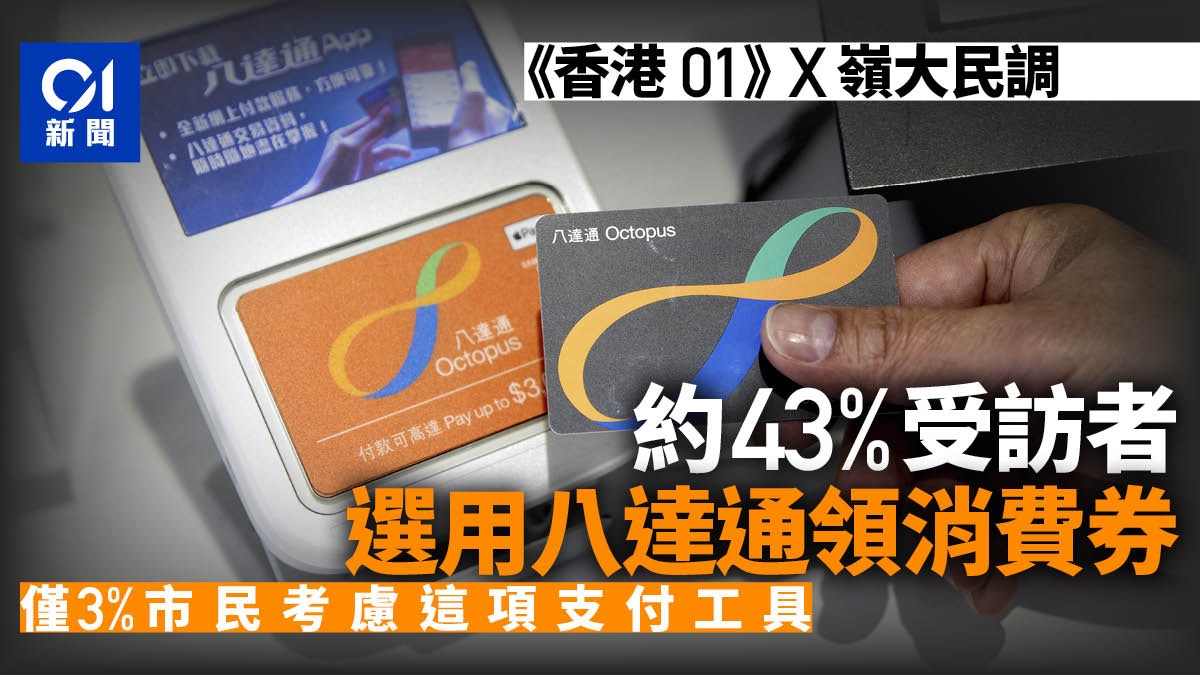 Consumer vouchers｜Survey: Over four adults choose Octopus to become a big hit, only 3% of citizens consider this payment tool 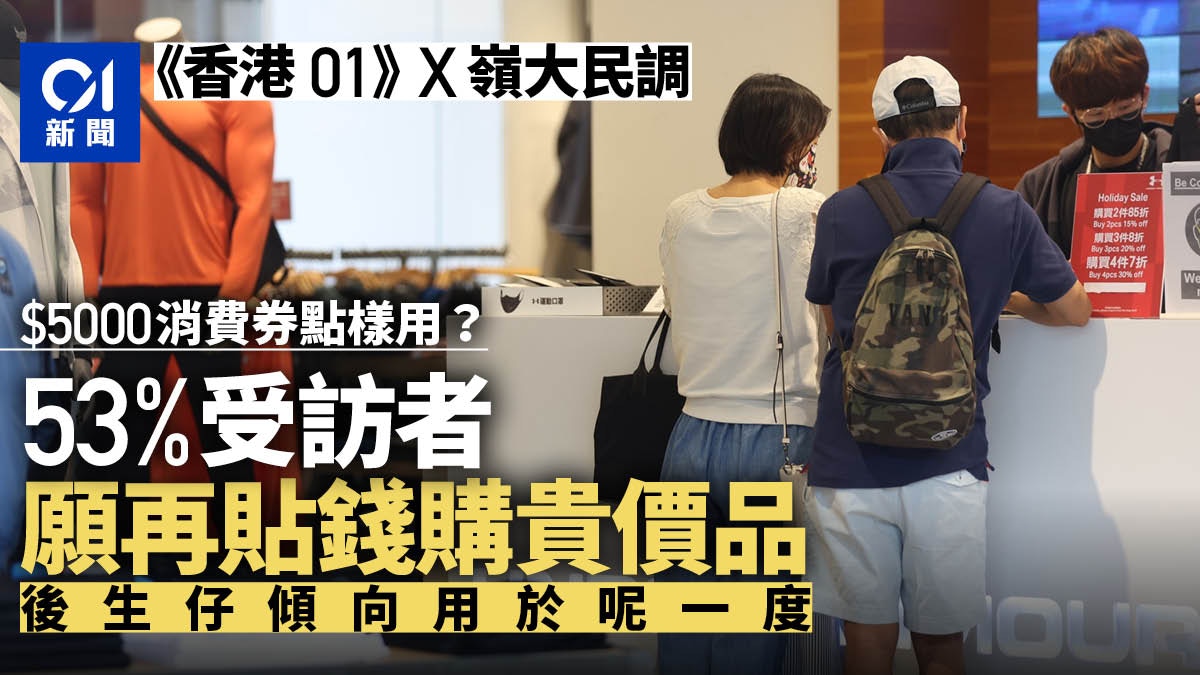 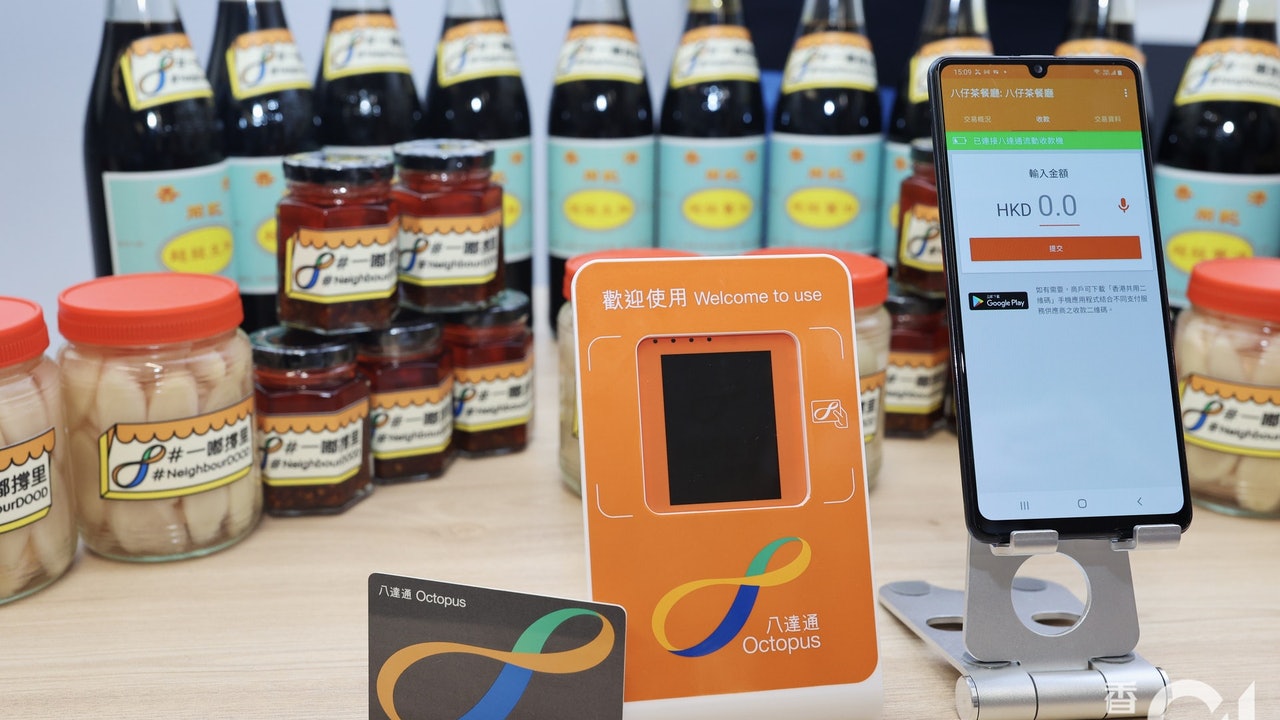 Coupons｜Octopus Change Array will launch online shopping in HKTVmall, but the mobile phone must have a function 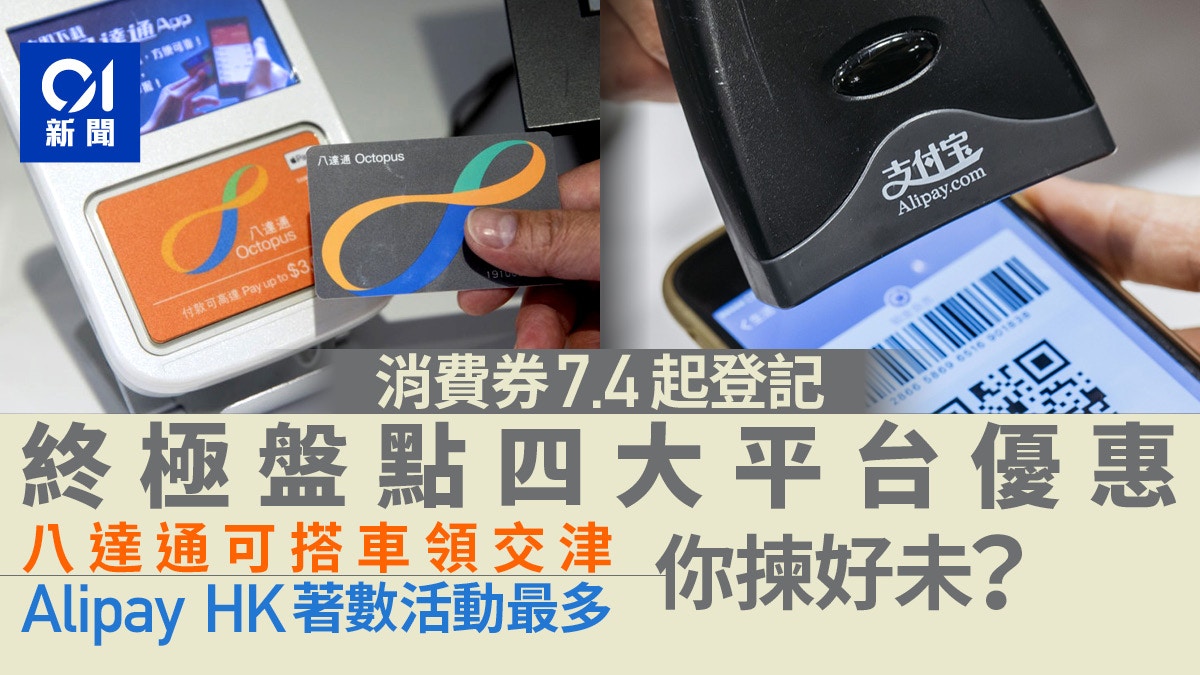 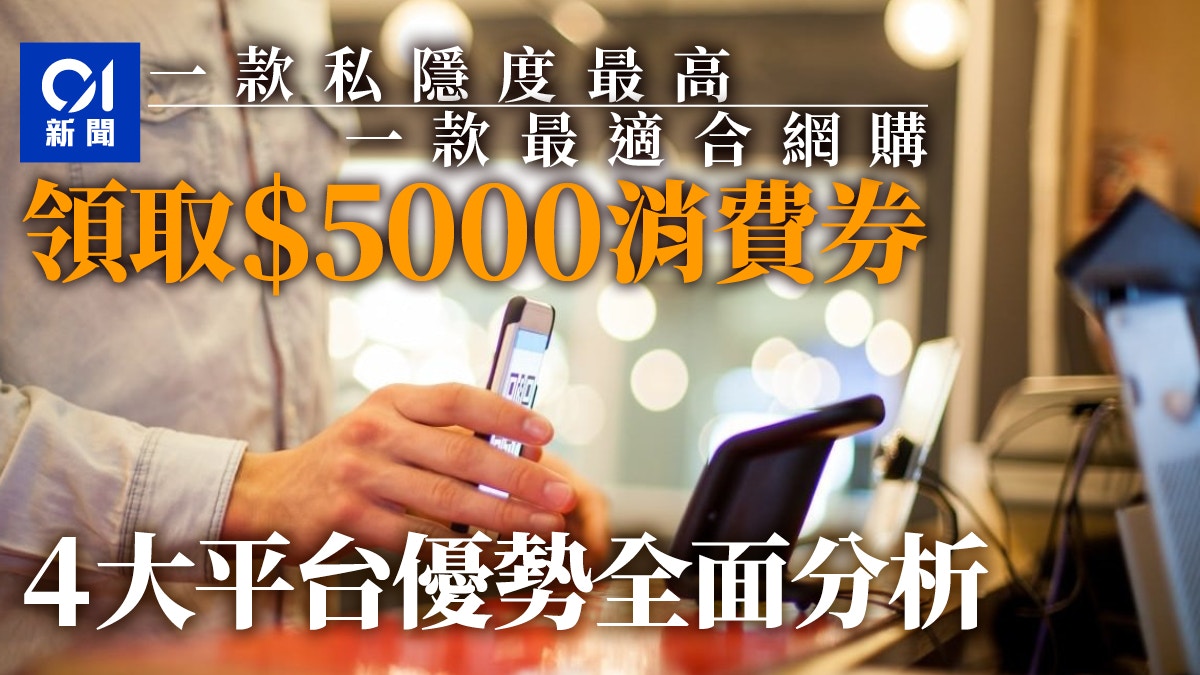 Consumer Coupons｜I love online shopping, emphasize privacy, choose a big difference, and see how the payment tool is most useful 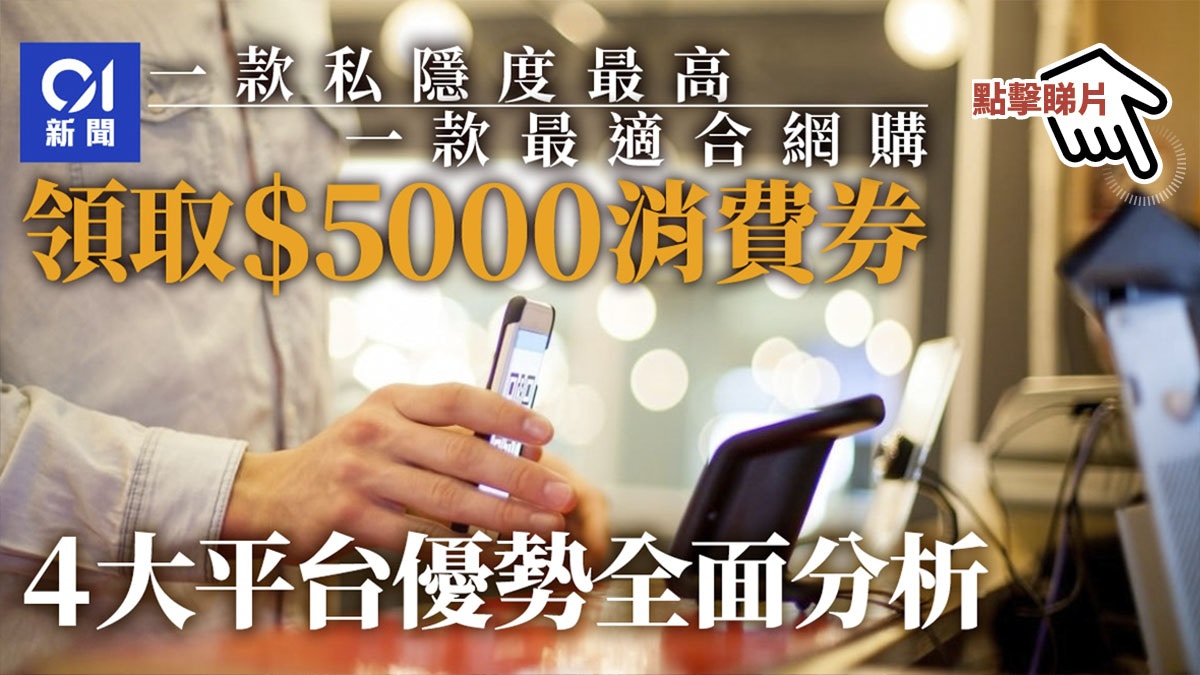