If there is no last-minute surprise, Netanyahu's 12 years of rule will come to an end today. The Likud accuses Bennett and Saar of turning their backs on the national camp, but he is responsible for finding out about the opposition. Most of the change government members were in the past his supporters or partners, and he burned all the bridges and did not allow anyone else to grow

As of tonight, Netanyahu will no longer be prime minister.

And he can only blame himself

If there is no last-minute surprise, Netanyahu's 12 years of rule will come to an end today.

The Likud accuses Bennett and Saar of turning their backs on the national camp, but he is responsible for finding out about the opposition.

Most of the change government members were in the past his supporters or partners, and he burned all the bridges and did not allow anyone else to grow

Across the State of Israel, many people are rubbing their eyes this morning and do not believe, or refuse to believe, that this day has come.

After 12 years of rule and four election campaigns, if there is no last-minute mega-dramatic surprise, by tonight, Benjamin Netanyahu will no longer be prime minister.

Entire generations did not know any leader other than him, and even the older ones have a hard time remembering what was here before.

Could it be over?

For days now, everyone has been waiting for him to pull out of the basket of tricks and sticks the latest move that will prevent the inauguration of the Bennett-Lapid government in the Knesset plenum tonight, and it is difficult to digest that the upheaval is indeed on the way.

Well, it seems to be happening, and even the best magician has run out of rabbits in a hat: in a few hours, Netanyahu will step down, the Likud will move to the opposition benches, and the political system and the entire country will begin to get used to the strange phrase "Prime Minister Naftali Bennett."

When future historians go back to June 13, 2021, they may scratch their heads in confusion as they read about the head of the largest party in the Knesset unquestionably, one of the most talented, brilliant and powerful leaders in the country's history, ousted by a small six-seat party leader.

Netanyahu's fall is particularly dramatic, because it is from Igra Rama to Bira Amikata;

Precisely after a year in which he brought his skills and abilities to a climax and shaped a real legacy for himself - with the historic normalization agreements with Arab countries and the resourcefulness and success of the vaccination campaign that first brought Israel out of the corona - he lost his grip and power.

In a normal reality, these great achievements were supposed to earn him a huge and wide-ranging public embrace.

But the milestones have been too little and too late in the abnormal reality into which Israel has found itself in the last two and a half years, since its criminal and legal troubles began, and have not melted the hearts of those seeking to replace it.

On the contrary, they just hardened and adorned themselves with a respectable addition from the right.

Precisely after a year in which he brought to a peak his skills and abilities - fell.

The Likud is already deep in a noisy campaign of attacks and accusations against Bennett and Shaked who stole the election, and against Saar and Elkin who turned their backs on the national camp.

In the three months since the election, they have received tempting offers from Netanyahu, and as efforts to form a change government have progressed, they have become more and more tempting - to the point of making way for him to head a right-wing government.

Here, too, the historical documenters will record, Netanyahu did too little, and especially too late.

He is the one who is responsible, most of all, for the Likud's exile to the opposition and the end of his rule: it is not the police and the prosecutor's office, not the media, not even the left that overthrew him - the political impasse Netanyahu found himself with in his 12 years in power. himself.

All of Netanyahu's opponents are sitting around the table of the change government, and more than half of them were former partners or subordinates: Avigdor Lieberman, Naftali Bennett and Ayelet Shaked began their political careers as assistants in his office, as did Zvika Hauser and Yoaz Handel.

Gideon Saar was first appointed minister by him, and Ze'ev Elkin was a favorite political mediator who even joined honorary travel as an interpreter in the Kremlin.

Yair Lapid rubbed shoulders with him as a rookie in the Ministry of Finance, and Bnei Gantz dismantled for him the party he founded to ensure an unrealized rotation.

Each had his own burns: Bennett and Shaked were expelled from Balfour for years, and despite all the declarations of allegiance exiled to the opposition benches in the previous election, Lapid Potter, Saar Hoder and Dwarf, and Gantz was humiliated to ashes immediately after forming the replacement government.

Now, Netanyahu already understands that this was a mistake, and in his efforts to prevent the formation of a government, he sent Gantz much more generous proposals, including relinquishing power immediately.

But all the rotations he sent in his distress encountered a wall of distrust in the form that he burned all the bridges.

All of Netanyahu's opponents are sitting around the table of the change government.

In the change government, Netanyahu is also paying the price of bibism.

The Knesset has a sweeping right-wing majority - 72 seats if you also count Lieberman, Saar and Bennett, but his legal-political struggle in recent years has divided the political map differently, between his supporters and opponents.

Then Lieberman joined the sober ones, and in the last election, Saar and Elkin also changed sides, and they were joined by Yifat Shasha Bitton, who was abducted when she dared to ask questions about the Corona.

Shasha Bitton is the last remnant of Moshe Kahlon's "all of us", the first to try to grow wings and disengage from Netanyahu, and after 4 years he surrendered and admitted failure.

They were all his sons, but to preserve his greatness, he did not let any of them grow beneath him. And when they came out against him, he went down low, to my personal and my family, and did not waste any means. The defamatory articles about Lieberman's children, Gilat Bennett's desserts and the disgusting demonstrations outside the Elkin family's house did not bring them back to him, but only increased his disgust and desire to replace him.

And yet, despite the upheaval to be recorded in the history books today, the celebrations or lamentations at the end of the Netanyahu era may later turn out to be premature.

He and Hibbism meanwhile are not going anywhere - except for the opposition benches, from where he plans to embitter the lives of the Brotherhood and their other partners.

It is difficult to predict what the life span of the Bennett-Lapid government will be, which contains within it political and ideological contradictions and edges to make opposition rounds on.

But it is registered in his name.

Is the main adhesive that connects them, and as long as it is in the area, the common interest in removing it can last.

Deep in the night between Sunday and Monday, after the government of change becomes a fait accompli, millions of citizens in Israel, right and left, will ask themselves, is it really the dawn of a new day and what does it entail.

The struggle of Netanyahu and his opponents is not over, it is only the end, of his seizure of power.

For the 33rd week in a row: Demonstrations against Netanyahu and government corruption in Jerusalem and Caesarea - Walla! news

Netanyahu launches Likud campaign: "It will be a close battle" - Walla! news 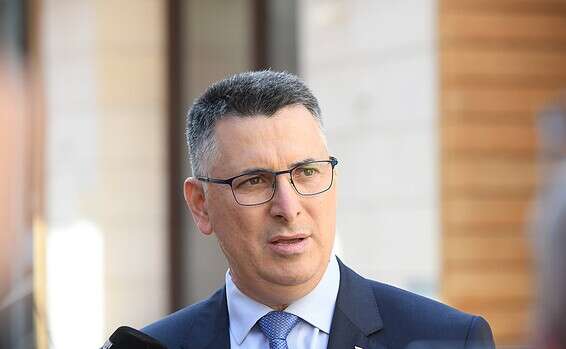 The new hope that has vanished: From the battle for prime minister, Saar has moved to the struggle for the blocking percentage Israel today

Contacts for the formation of the government: Netanyahu and Bennett will meet tonight at the prime minister's residence - Walla! news

Demonstration in front of the Prime Minister's Residence in Balfour resumes: "Right now when the mandate can be given to the accused" - Walla!

While Netanyahu turns every stone to reach 61, his main opponent leaves him with an empty stage - Walla! news