Authorizes the government to stop the development of country park borders Bauhinia Party Huang Qiuzhi: if necessary, people can be found to explain the law

The current government has given up research on rezoning the construction of houses on the borders of country parks. The vice chairman of the National Committee of the Chinese People’s Political Consultative Conference and former chief executive Leung Chun-ying has frequently called for the construction of 2.5 homes in the borders of Tai Lam Country Park. The business party, the Pakatan Harapan, has also recently joined 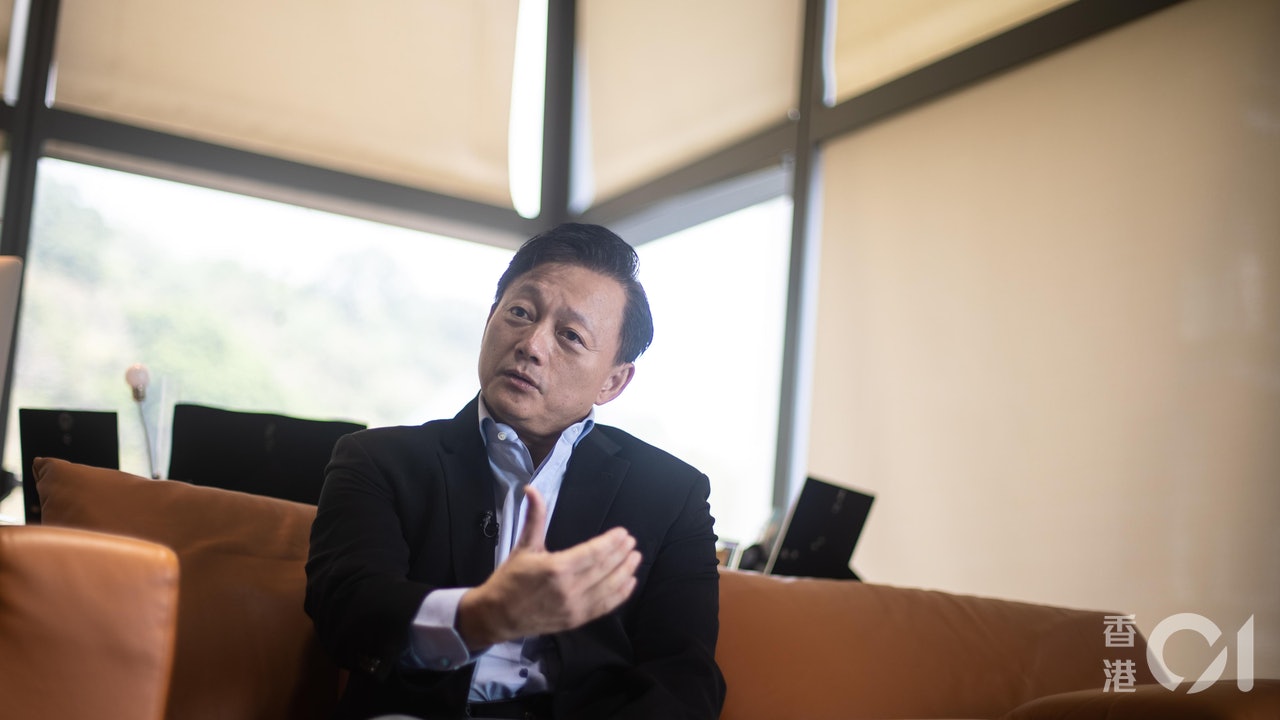 The current government has given up research on rezoning the construction of houses on the borders of country parks. The vice chairman of the National Committee of the Chinese People’s Political Consultative Conference and former chief executive Leung Chun-ying frequently calls for the construction of 2.5 homes on the borders of Tai Lam Country Park. The business political party, the Pakatan Harapan, has also recently joined the discussion. The border of the country garden should be developed.

Huang Qiuzhi, president of the Bauhinia Party, also responded when he was interviewed by Shangtai. He criticized the current government for abandoning the study of rezoning and rezoning the construction of houses on the border of the suburbs as "unreasonable." He even pointed out that if there are legal obstacles, he can consider requesting the whole country if necessary. The National People's Congress interpreted the law because all land in Hong Kong belongs to the central government.

Huang Qiuzhi pointed out that the most important thing about the establishment of the Bauhinia Party is not for elections, but to assist the next chief executive in governing, contribute to the principles and talents of governing Hong Kong, and emphasize that there is no intention to dispute the seats of different parties. The recent moves on social networks are not for future elections. .

But he admitted that he has recruited about 200 party members, many of whom are interested in running for the election, but he does not include him.

He pointed out that the Bauhinia Party is not afraid to criticize the government, nor does it distinguish between colors and political views, and emphasizes that "the central government needs capable patriots."

Speaking of the current governance structure of Hong Kong, Huang Qiuzhi focused his criticism on two groups of people. The first is the civil service system, saying that the civil service team is just "reading smart", but not eating people’s fireworks. Many policies have not been done well enough, and they operate as if they were a "junior high school". People feel that the efficiency is too low, and they have not tried their best to assist the chief executive in governing. It is recommended to establish a "political administration college" to provide training for "combination of politics and business."

He also mentioned that the lack of real power of the Executive Council is like a "vase" that must be reformed, such as streamlining the structure and granting real powers, so that each member is in charge of one or more departmental affairs, and coordination among various departments is strengthened.

He cited, for example, that in the recent dispute over the suspension of the "Easy Return to Hong Kong" program, the two government departments made completely opposite decisions within one day, reflecting the phenomenon of "multiple politics", lack of inter-departmental coordination, and the accountability system is volatile Nothing.

He pointed out that the current chief executive is difficult to manage, and it is difficult to "compute the big and let go of the small." Many affairs, large and small, have to be handled in person, and the executive council will be able to coordinate in the future.

The previous government invited the Housing Society to study the development of the border areas of the country parks, one of which was chosen to be located west of the toll plaza of the Tai Lam Tunnel.

All lands in Hong Kong belong to the central government. If necessary, consider the interpretation of the National People’s Congress.

When it comes to land issues, Huang Qiuzhi believes that with the development of the Guangdong-Hong Kong-Macao Greater Bay Area, the focus of Hong Kong's future real estate development must be shifted to the north.

He criticized the current government for abandoning the rezoning of country parks to build houses in the border areas of country parks. It is "unreasonable." ", is this government still worthy of support?" He pointed out that the government should not make many excuses because of some institutional constraints, otherwise it will be difficult to win popular popularity.

Huang Qiuzhi also pointed out that country parks involve urban planning issues, and regulations need to be revised if necessary. You can even consider requesting the National People's Congress to interpret the law: "All land in Hong Kong belongs to the central government."

Open IG to ask if Liang Zhenying will elect the chief executive and be criticized for spoofing the Bauhinia Party: lack of experience

Leung Chun-ying again proposes housing policy, saying that 70 hectares of land at the edge of Tai Lam Country Park has been able to build 25,000 homes 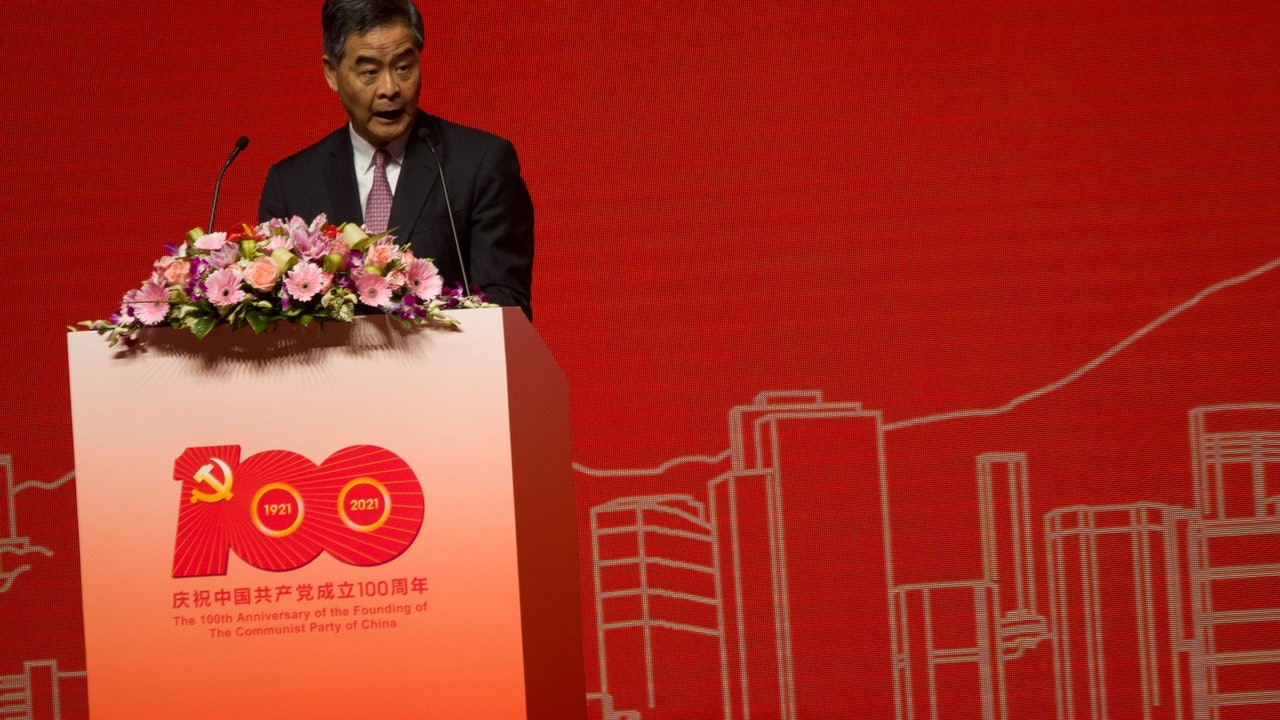 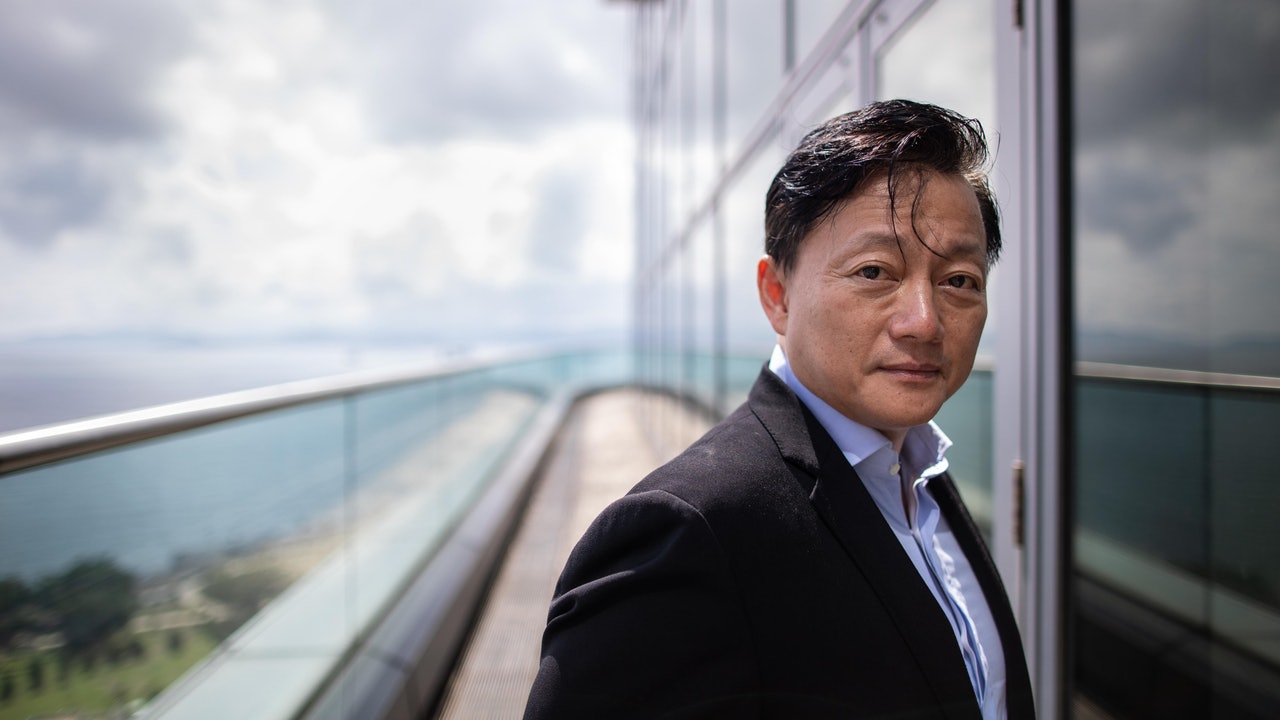 Authorizes the government to stop the development of country park borders Bauhinia Party Huang Qiuzhi: if necessary, people can be found to explain the law

Interview｜Huang Qiuzhi: The Bauhinia Party Creative Think Tank focuses on housing issues and tries its best to send members to the Legislative Council 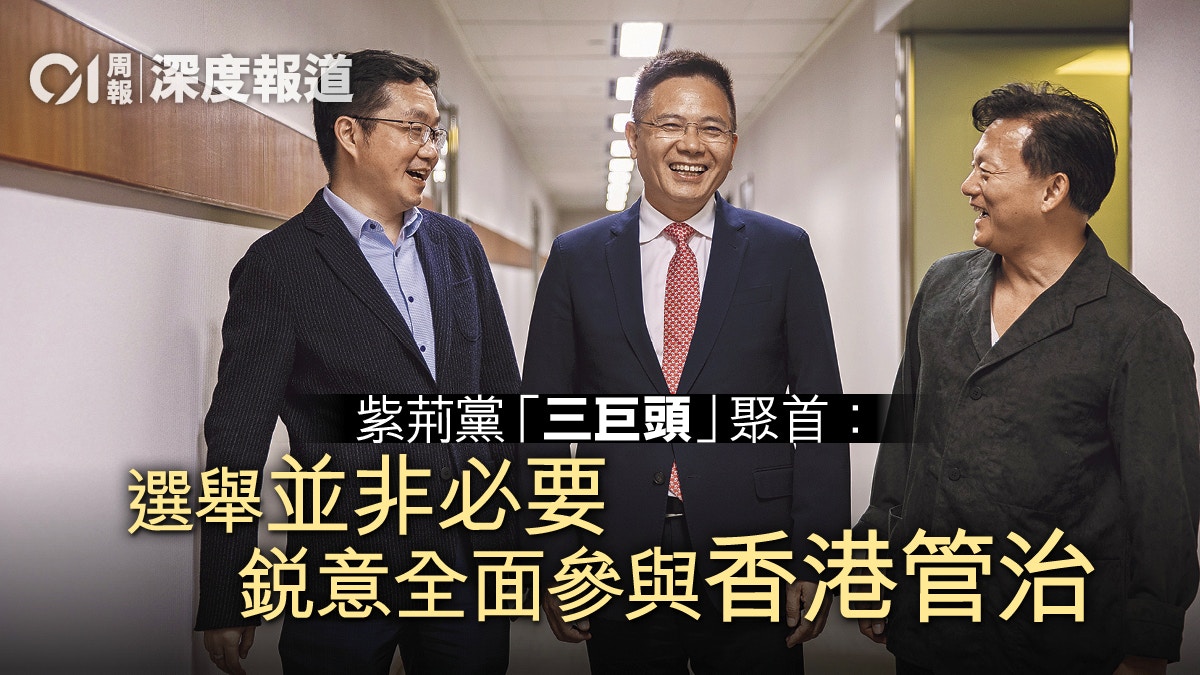 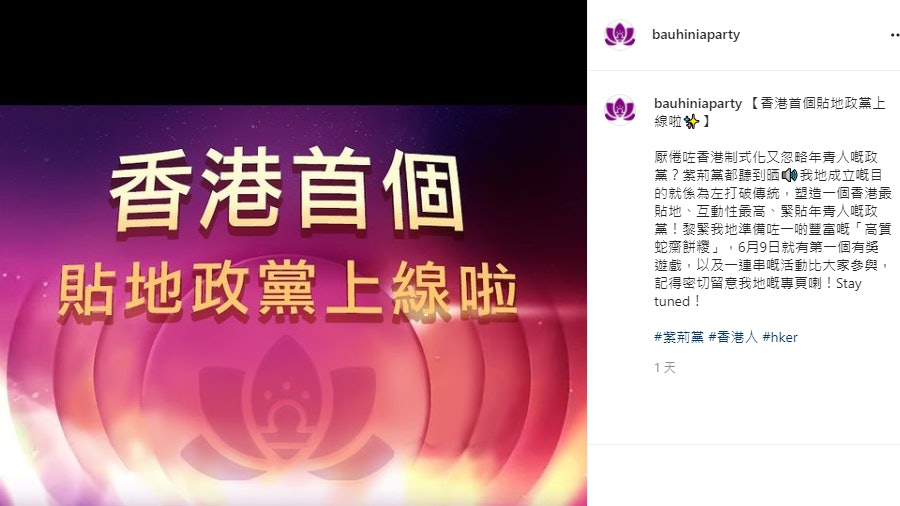 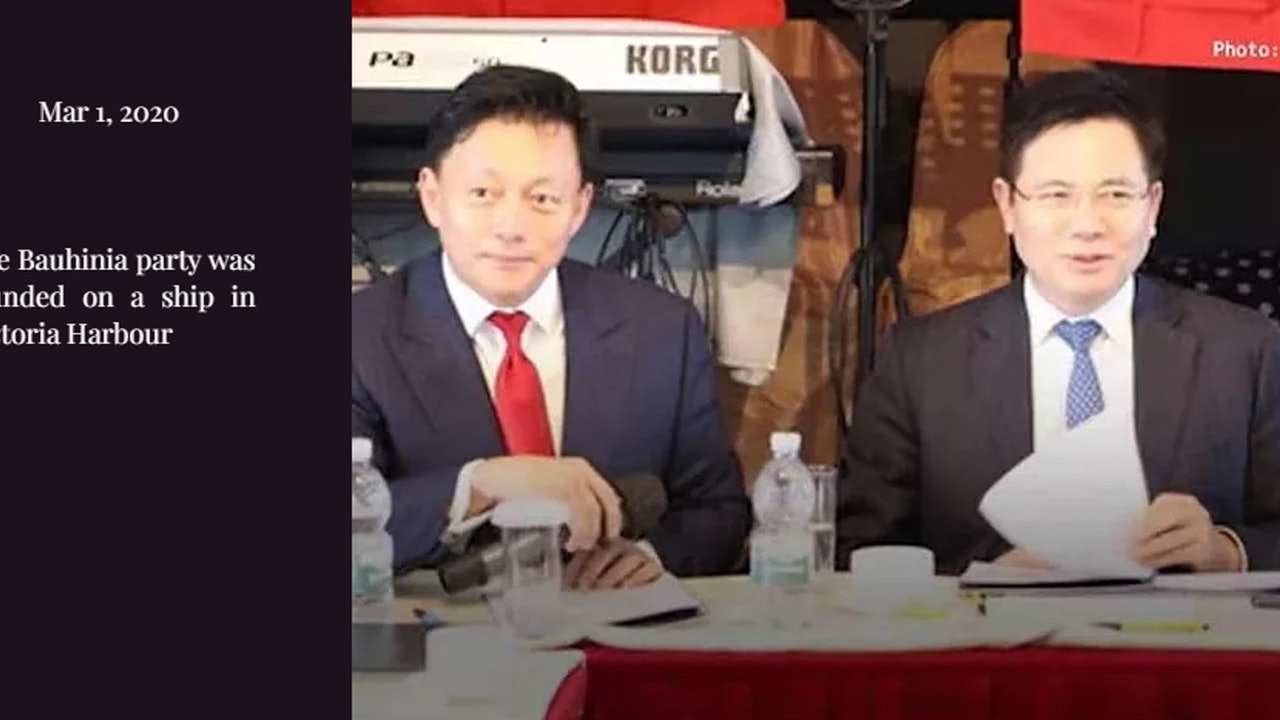 Exposure of the Bauhinia Party membership form requires the declaration of voter information and participation experience, no dual party membership is allowed