Short-haul flights, petrol prices, minimum wages: In the "BamS" interview it becomes clear that the Union's candidate for chancellor, Armin Laschet, does not think much of the central demands of the Greens. Short-haul flights, petrol prices, minimum wages: In the "BamS" interview it becomes clear that the Union's candidate for chancellor, Armin Laschet, does not think much of the central demands of the Greens.

Berlin - "70 euros more for a Mallorca flight can easily afford higher earners, but for some families that can end the dream of summer vacation." Union Chancellor candidate Armin Laschet strictly rejects * central demands of the Greens * in the federal election campaign.

“The energy transition must be socially acceptable.

I miss that with the Greens, ”said the CDU leader of

Laschet * wants to compensate for rising petrol prices with a higher commuter allowance.

“Anyone who lives in the country and depends on the car to get to work must not suffer any disadvantage.” If the price of gasoline rises due to CO2 pricing, the additional costs would have to be offset by a higher commuter allowance.

Instead of the solar system requirement for new buildings demanded by the Greens, the CDU * boss relies on higher tax exemptions for real estate transfer tax: "I want an affordable home for families to be a reality all over Germany." People who are for the first time in their lives Would buy home ownership, should therefore receive "generous allowances".

"But we have to be careful with ultimate obligations and more and more requirements: the incentive of a lower real estate transfer tax would quickly disappear." Even people with low incomes would have to "be able to afford a house".

Laschet rejects the minimum wage increase before the general election

The CDU boss rejected calls for an increase in the minimum wage or higher taxes for top earners: "After a crisis like the one we have now experienced in recent months, tax increases are certainly a completely wrong idea." especially medium-sized and family businesses and would jeopardize the upswing after the crisis ”.

Regarding the Green Party conference decision to increase the minimum wage to twelve euros, Laschet said: "Germany has a strong tradition of social partnership and collective bargaining autonomy for employers and unions." Therefore, the minimum wage commission makes its recommendations independently.

"A constant party-political competition for the minimum wage weakens the collective bargaining partners and damages them."

As a possible coalition partner, the CDU leader sees the Liberals * rather than the Greens.

"In terms of content, the FDP is much closer to us than the Greens," said Laschet, who has governed North Rhine-Westphalia with the Liberals since 2017.

He has known the head of the Federal FDP, Christian Lindner, for a long time "and appreciates him very much".

Laschet for higher military spending and greater involvement of the Bundeswehr

Before the NATO summit on Monday, Laschet spoke out in favor of higher military spending in Germany * and a stronger assumption of military burdens by the Bundeswehr.

If he wins the election as Federal Chancellor *, he wants to meet the alliance's goal of two percent of economic output in NATO's military budget: "If we have made an international agreement, we should stick to it."

Laschet said that Germany was "as an ally jointly responsible for the security of many of our partners" and must also take on more military tasks in the future.

“In Africa and around the Mediterranean, Germany has to do more.” Especially during the Bundeswehr mission in Mali, Laschet was open to relieving the French: “We are active together with France in Mali and one can always talk about a stronger burden sharing. "

In addition to the former colonial power France *, Germany is also deployed with the Bundeswehr as part of EU and UN missions in Mali to help stabilize the country. 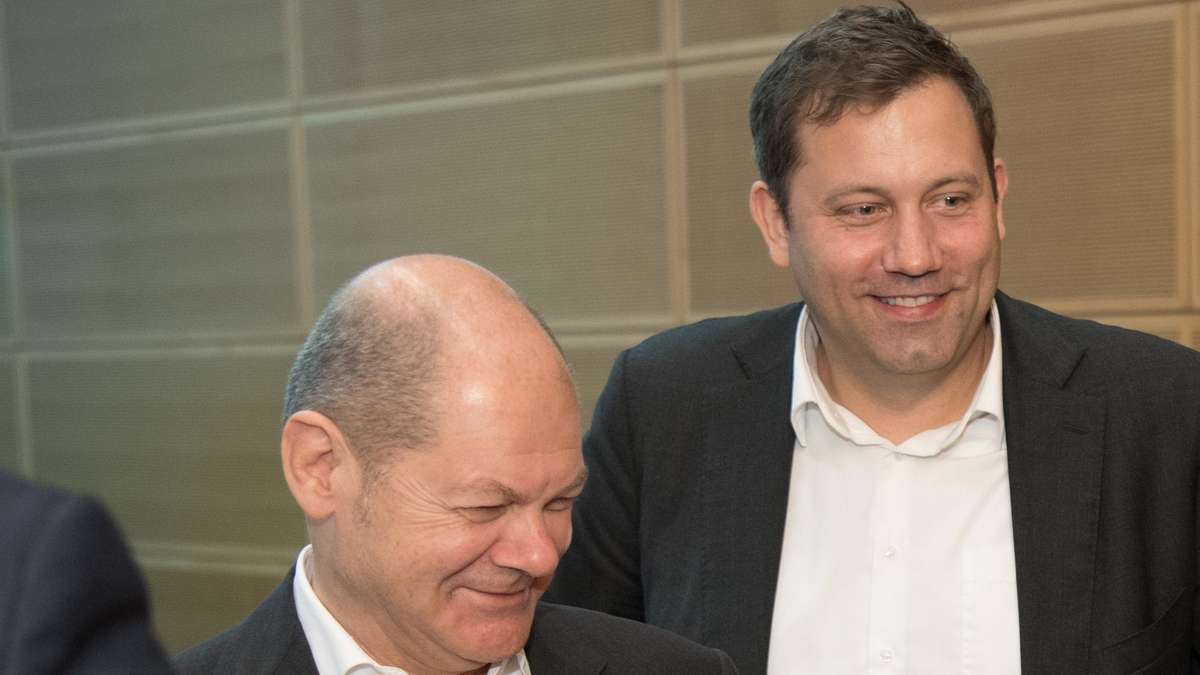 SPD believes in “catching up”: it has to be judged by Scholz - Greens only “political pseudo giant”? Pension reform: Laschet rebounds with an attack on the Greens - Kühnert speaks of a "diversionary maneuver"