Director General of Ports: A public auction to invest public marine properties on the Syrian coast Brigadier Engineer Samer Kobarli, Director General of Ports in Syria, confirmed that the decision “No. 14 m and for the year 2021” issued by the Presidency of the Council of Ministers regarding determining occupancy allowances and public bidding came to regulate random individual investments of marine property and achieve the principle of equal opportunities in terms of allowing all persons wishing to invest and not limiting them. with specific individuals.

Cyprusli indicated to SANA reporter that, according to this decision, a public auction was held for the first time to invest public marine properties on the Syrian coast as a “seasonal investment,” provided that the submission of seasonal subscription applications ends on the 16th of this June, noting that the investment period starts from the date of ratification of the contract and the direct order until The 31st of next October.

He also pointed out that there are two types of investments, the first is a seasonal investment, starting from the date of the auction until the end of next October, and the services provided by the investing authorities include services for beachgoers “tents, umbrellas, etc.”, where the sectors offered for investment do not exceed 20% of the length of the beach and the rest is an open popular beach While maintaining an empty space of not less than 5 meters between each investment and another to be available to the general public.

He pointed out that the second type is permanent investment and includes economic activities such as tourism projects and fish farms, whose locations are put forward in accordance with the investment map that is implemented in cooperation between the Ministries of Transport and Tourism and the Regional Planning Authority.

He explained that the conditions, required papers and auction dates are available in various newspapers, official websites and on the directorate's bulletin board, pointing out that the Director General of Ports was authorized to grant approvals for investments whose value does not exceed 150 million pounds.

Director General of Ports: A public auction to invest public marine properties on the Syrian coast Ports Directorate: Imposing the most severe penalties against those who use dynamite in fishing The Ministry of Education receives applications for investment in school real estate in need of restoration, in amounts that exceed two hundred million pounds 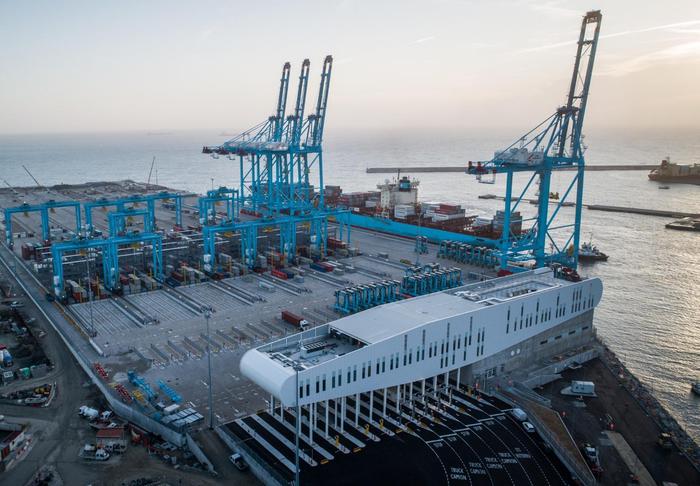 The Council of Ministers: Securing the country's need for flour and strictly monitoring bakeries and controlling prices