Epidemic caused blood bank strain | Pregnant women lost a lot of blood due to premature delivery, only three packs of blood were transfused instead of iron transfusion, sigh back and forth to hell

There is no substitute for blood, and only the citizens can continue to donate blood to help patients. A pregnant woman had a placenta anterior when she was pregnant, and she lost a lot of blood after giving birth. Unexpectedly, the blood inventory was tight. The hospital could only change her to iron transfusion after three packs of blood. 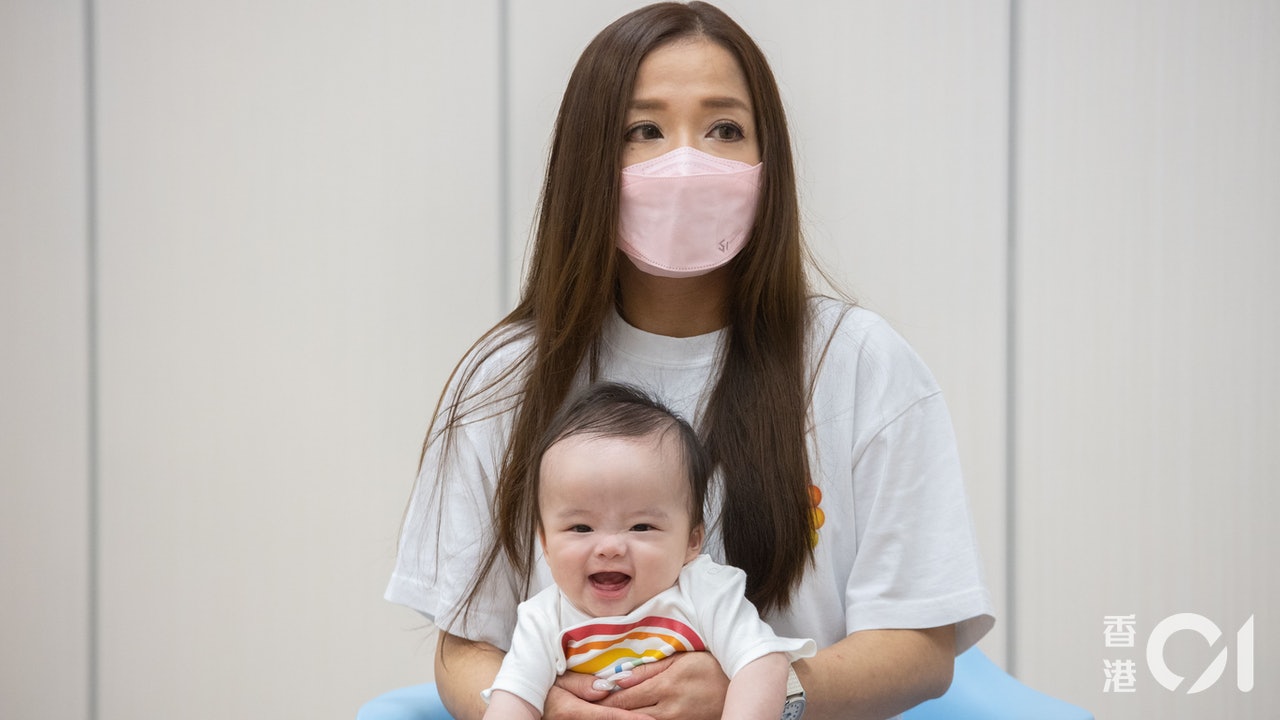 There is no substitute for blood, and only the citizens can continue to donate blood to help patients.

A pregnant woman had a placenta anterior when she was pregnant, and she lost a lot of blood after giving birth. Unexpectedly, the blood inventory was tight. The hospital could only change her blood transfusion after three packs of blood and let her body produce blood on its own. Frankly, she never imagined blood bank ischemia. Leaving the operating room suddenly felt "back and forth to hell and back to the world."

The Red Cross Blood Transfusion Service Center stated that the amount of blood collected in 2020 will be about 10% less than that in 2019, which is estimated to be related to the suspension of classes for middle school students and the suspension of mobile blood donation stations.

Luo Tai, who has blood type O, was 38 years old when she was pregnant with her second child last year (2020). At the 20th week of her pregnancy, a private doctor pointed out that she might have a placenta previa and wrote a letter to refer her to a public hospital. She was delayed to register at Guanghua Hospital until the 28th week, and she was re-admitted to the hospital with lower body bleeding in the 31st week. The hospital told her to take more rest, avoid going to work, and going out. Once she bleeds again, she will be hospitalized until delivery.

Unexpectedly, Luo Tai bleeds again afterwards, and the placenta previa is the most serious degree, that is, the placenta completely covers the internal cervix and the risk of bleeding is higher. Finally, the delivery will be early in the 36th week.

On the day of the operation, more than 20 doctors surrounded the operating table. It was originally expected to be completed in three hours. The baby boy was born in the last four hours.

However, Luo Tai had blood clots in her uterus and had to be sent to the intensive treatment department. She was filled with a throat tube and was subjected to surgical bleeding. The hospital gave her blood transfusion, but after using three packs of blood, she had to change to iron transfusion due to insufficient stock. When talking about not having enough blood for transfusion, it turns out that the blood bank is not enough for blood racks.” It is described that leaving the operating room is like “turning back to hell and back to the world.” The hospital assessed her body's ability to produce blood after iron transfusion.

Chen Minxuan said that in 90% of cases of placenta previa, the placenta will rise as the uterus gets bigger.

According to Chen Minxuan, an obstetrician and gynecologist at Queen Elizabeth Hospital, in 90% of cases of placenta previa, the placenta will rise as the uterus grows larger. In the hospital, 14 to 15 pregnant women have bleeding as much as 1.5 liters within nine months, and they are deeply involved. In the treatment department, half of the cases had placenta previa; some pregnant women even tried to lose 7 liters of blood and required 10 packs of blood to be transfused.

Liang Yashi also said that blood used in obstetrics and gynecology and oncology accounts for nearly 10% of the total amount.

Ou Leshi (right) has started donating blood since she was 16 years old. He has already donated 26 times and has been awarded by the Blood Transfusion Service Center.

Mary Au, oncologist at Queen Mary Hospital, explained that cancer patients often have to have blood transfusions. Women's hemoglobin index is generally between 11 and 13 (g/dl). For cancer patients, it drops to about two to three. The hospital must ask her to be at least seven. If you have to lose five packs of blood, I have a deep understanding that "one pack is one pack less if you use one pack."

Today (14th) is "World Blood Donor Day." She has set an example herself. She has donated blood since she was 16 years old. The number of blood donations has reached 26 times, and she has been commended by the Blood Transfusion Service Center.

Affected by students' half-day class, the Red Cross blood bank continues to be low and calls on citizens to donate blood

New Coronary Pneumonia·Latest｜Variable Virus Investigation Yuan Guoyong: It may be transmitted from person to person or animal

Epidemic caused blood bank strain | Pregnant women lost a lot of blood due to premature delivery, only three packs of blood were transfused instead of iron transfusion, sigh back and forth to hell 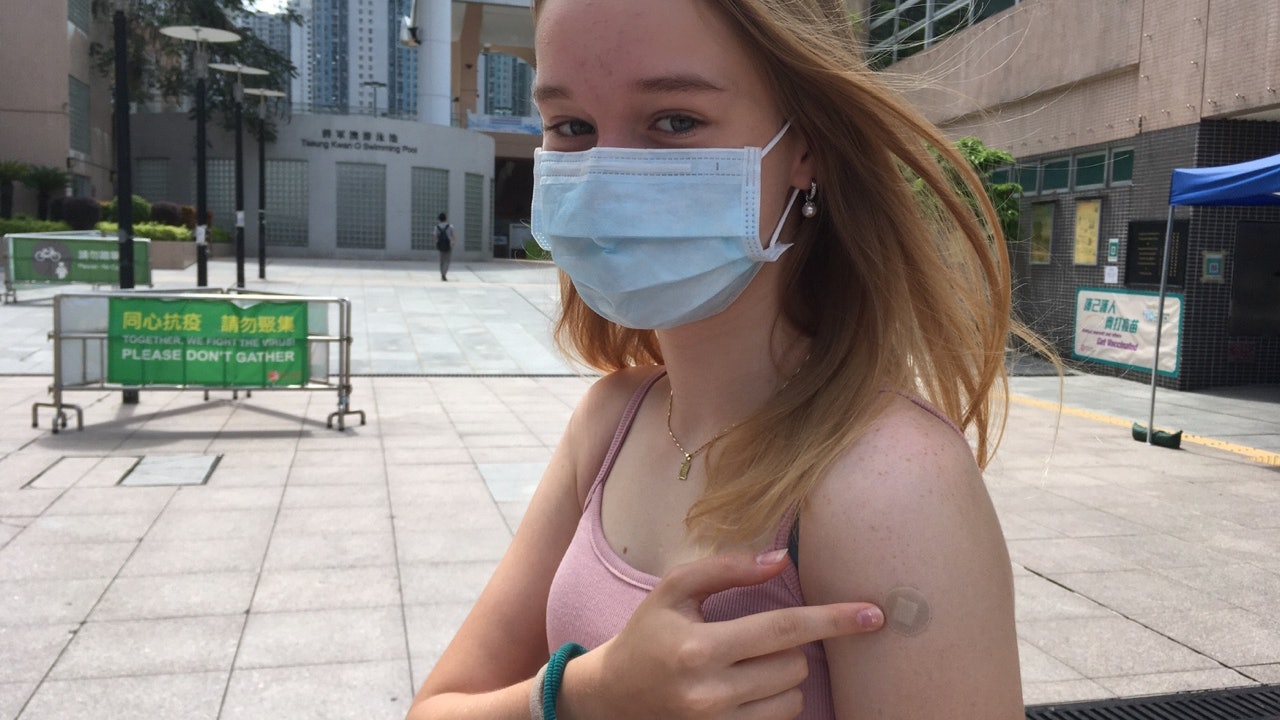 New Coronary Pneumonia·Update | 30,000 Vaccines Today, 15 People Admitted to Hospital with Side Effects after Vaccinations on Sunday