Damascus Countryside, SANA- The disability he sustained as a result of an accident that caused him quadriplegic paralysis in his limbs did not stand as an obstacle. The disability he sustained as a result of an accident that caused him a quadriplegic paralysis of the limbs did not stand in the way of the craftsman Issam asked to complete his work in his small workshop, so he was able, with his simple tools, to produce pieces of art paste with his spirit, feelings and craft experience, as he put it.

The young man asked explained to SANA’s delegate during his presence in his small workshop in the city of al-Tal in the countryside of Damascus that inlaying wood with shells is one of the ancient and ancient heritage industries that Syrian craftsmen have distinguished themselves with throughout history and contributed to bearing the name of Syria and the quality of its industry to all parts of the world, pointing to the need to support and protect this profession. Especially under the current circumstances.

One of the scenes that gives the young man a request for happiness, according to his description, is when he finishes making any piece and puts it in front of his eyes before sending it to the customer and talking to her with all his feelings of achievement and the impact he left on her.

From his small workshop in which he works with a group of craftsmen who follow their work meticulously and patiently, Talab spoke about his story, which began after he suffered an accident that paralyzed him in the hands and legs, so he stopped working for a while for health reasons. After months and a desire to return to life, production and work, Talib underwent educational programs to hone his language skills and participated In several courses, with the help of one of his friends, to develop his language and highlight his talent for writing poetry and stories, in addition to his work in wood crafts. As a result, he wrote a novel and many poems.

After completing his period of training in language and literary writing, Talib returned to the restoration of his workshop, which he had established before the accident on his own, and previously brought out hundreds of creative pieces as a result of the experience he gained over the years from some of the craftsmen who accompanied him in his work, where he began to love and learn this craft since he was ten years old. Years that enabled him to develop his capabilities and experience and to attract and train many manpower after opening his own workshop, explaining that the project was launched with two people at the beginning and currently the number exceeds eight people with great experience in this field.

Inlaying wood with mother-of-pearl and silver thread requires good taste, talent and love for the profession. These are the basics of work according to the request, which shows that once the piece of wood enters the workshop, it is processed through stages, which are done in the specified time and place. At first, the piece is drilled and grafted with a skewer of bone or tin according to the customer’s desire and after The hammering and engraving are subject to grinding and distributing the seashells with the engraved inscriptions, and after leaving them to dry, they are subjected to manual grinding to become on one area so that the excess wood is removed from them and cut again.

Among these products are those related to making offices or home furniture (for bedrooms, dining, guests and salons) or decorations according to the request, which pointed out that any piece of furniture consists of about 15 wooden pieces on average, made of walnut or beech.

Talib reiterates that this type of work needs creativity, high feelings and innovation in order for this craft to maintain its distinction, indicating that his pieces have reached many countries abroad, including Lebanon, Jordan and the Gulf countries, and his customers from these countries are keen to visit him while they come to Syria and acquire distinctive pieces from his workshop. .

Talib’s health situation called for his brother Wissam to be his right hand, who accompanies him most of the time and everywhere, as he explained in a statement to SANA that within the workshop they follow their work with utmost precision, and all of them put their own touches on these pieces of art.

Wissam stressed that producing any piece in a distinctive way needs cooperation, which is witnessed by his brother Talab’s workshop. There is an integrated team that is the reason for this success, stressing that the person who works in this craft must possess patience and talent to be able to be creative, expressing his hope that more attention and care will be given to preserve the craftsmen. workers in this profession and support it. 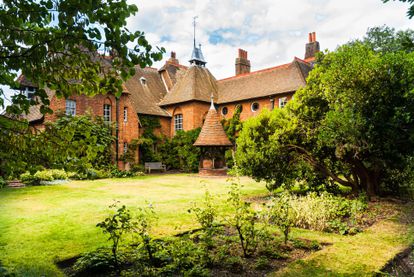 Dialogue with color... The first art forum in the villages of Nazareth, Kafra, Marmarita and Al-Mashtaia 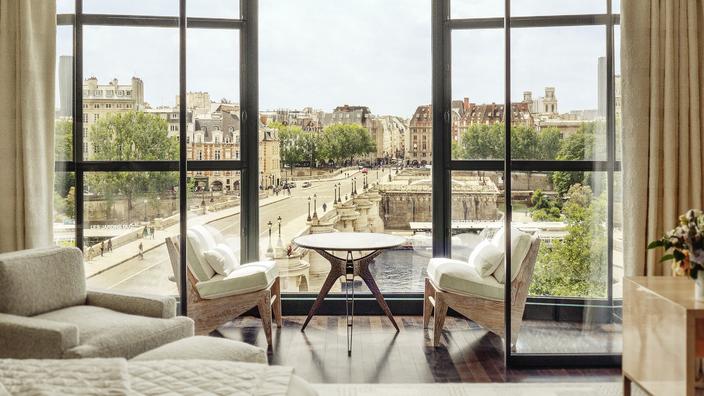 For the opening of the Samaritaine, LVMH reveals some snippets of the Maison Cheval Blanc Paris 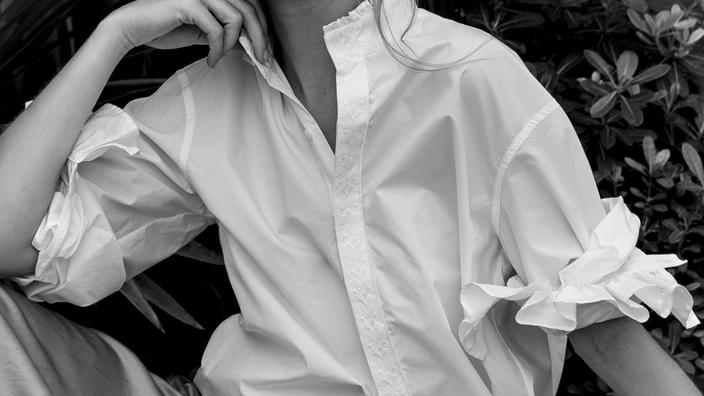 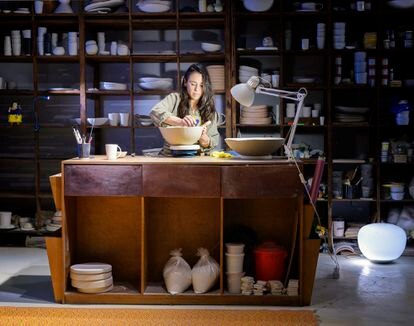