A fatal car accident occurred on Tai Chung Kiu Road in Sha Tin, resulting in 1 death and 7 injuries. A white private car was driving along Sha Tin Wai Road towards the New Town Plaza this afternoon (13th). When it reached the junction of Tai Chung Bridge Road, it stopped and crashed into a vehicle along Tai Chung Bridge. 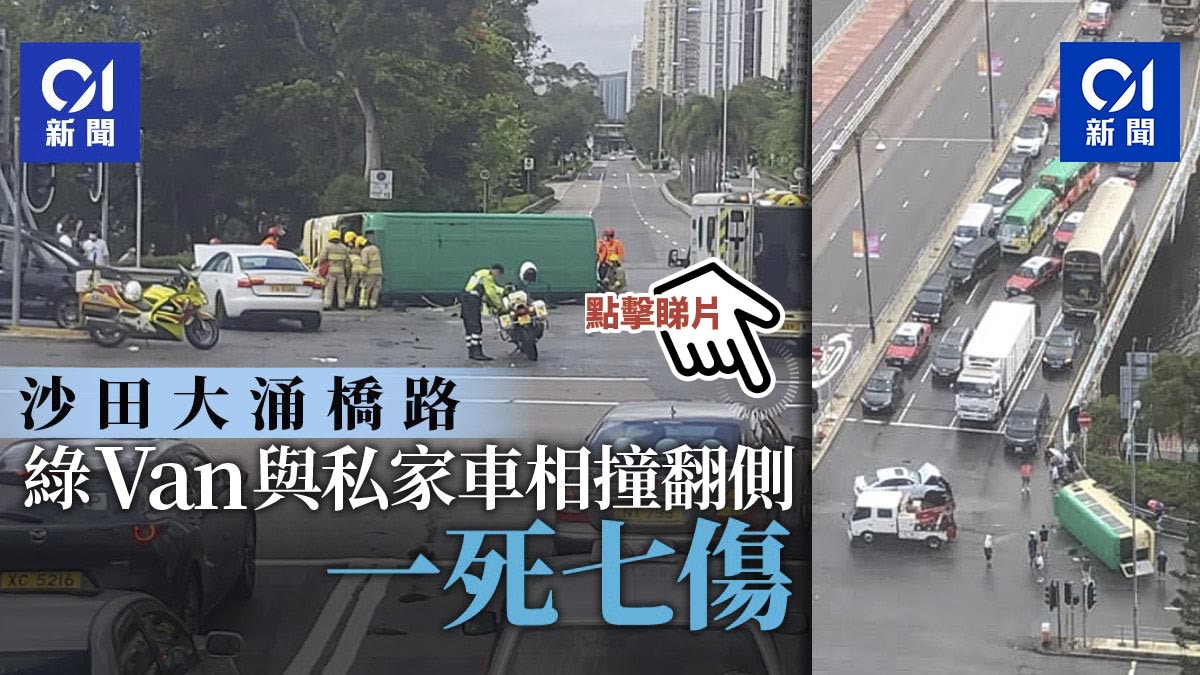 The minibus was hit to the left. The 59-year-old male minibus driver was thrown out of the car and trapped between the minibus body and the road. After being rescued, he was certified dead on the spot; the remaining 6 minibus passengers and the private car driver were injured Sent to hospital.

The 33-year-old female driver was arrested on suspicion of dangerous driving causing death.

The police said that the two vehicles involved in the case will be towed to the car detention center for mechanical inspection, including whether the seat belts of the minibus driver's seat are working properly.

Green Van on Tai Chung Kiu Road in Sha Tin was knocked over by a private car.

The driver of the minibus who died in the accident was surnamed Zhang, 57 years old, and was driving the minibus route 803 between Hin Keng and Lee An at the time of the incident.

The minibus station master said that the deceased was a full-time driver with about 10 years of experience in the company and driving the 803 line for about two years. He rarely received complaints.

At the time of the incident, the driver had just driven the first transfer of the day.

At 2:54 pm today (13th), a white private car was driving along the central line of Sha Tin Wai Road towards the New Town Plaza, and when it reached the junction of Tai Chung Bridge Road, the left-turning arrow light commonly known as the "Wai Tsai Lantern" The green and traffic lights were still red. The white private car was suspected of following the vehicle ahead to rush the lights, but at the intersection, it crashed into the right body of a green minibus driving along Tai Chung Bridge Road towards Ma On Shan, causing it to turn left Side and glide for about 10 meters.

The Fire Services Department stated that after receiving the report, it dispatched 10 fire trucks and 9 ambulances, with a total of 65 fire and ambulance personnel.

Firemen rushed to the scene 5 minutes later and found a minibus driver and a minibus passenger trapped in the minibus. The driver was thrown out of the car with his head sandwiched between the body and the road.

The firefighters rescued the trapped persons 10 minutes after arriving at the scene. The minibus driver was judged to be obviously dead by the ambulancemen.

After the initial triage and treatment of the ambulance staff, it was found that there were still 7 injured. 3 male and 3 female minibus passengers aged between 27 and 66 were sent to the Nethersole Hospital and the Prince of Wales Hospital respectively. Two of them were injured. More serious, head injuries, and back, chest and neck pains, but still awake.

The private car involved had a female driver and two male passengers. The female driver reported feeling unwell and was taken to the Prince of Wales Hospital by ambulance.

Mr. Lin, the truck driver who witnessed the entire crash, pointed out that at the time of the incident, a black private car drove straight towards the New Town Plaza, and the white private car following followed the front car’s lights, but unexpectedly hit the green special line. Bar, Green Van was knocked to the side.

Another witness, Mr. Deng, said that after the Green Van turned over, the head of the minibus driver was suspected to be caught and severely injured. About 6 passengers in the car were injured.

Mr. Deng continued that after the accident, the female driver of the white private car was excited afterwards.

The front of the private car in the accident was severely damaged, and the front safety airbag popped out.

After the traffic police inspected the body of the minibus driver, they covered it with a green tent. At the same time, they sent officers to direct the traffic and investigate the cause of the accident, and used a 360-degree panoramic camera to record the scene.

By 6 o'clock in the evening, the relatives and friends of the minibus driver came to the scene to recognize the body and looked sad.

A female relative is heartbroken and needs to be supported by others to leave.

The body was later taken away by the workers.

After being treated in the hospital, the female driver was taken away by the police for investigation, and was later arrested on suspicion of dangerous driving causing the death of others.

▼▼▼A private car crashed into a minibus on Dayongqiao Road.

Chief Inspector Chan Ho-man, Chief Inspector of the First Team of the Special Investigation Team of the Transport Department of the New Territories South Region, said that the two vehicles involved will be towed to the vehicle detention center for mechanical inspection, including whether the seat belts of the minibus driver’s seat are functioning normally.

The police will cooperate with the Transport Department to obtain the traffic lights at the time of the incident for further investigation. At the same time, they will discuss whether the road design of the road section involved can be improved.

He urged that anyone who has noticed a traffic accident should contact the first team of the Special Investigation Team of the Transport Department of the New Territories South Region at 3661 1300.

He also urged that when any vehicle is equipped with seat belts, drivers and passengers are expected to wear seat belts to prevent accidents.

Shatin school bus is suspected of running out of control

Shatin school bus accident│55 schoolchildren buckled their seat belts to save their lives, the driver suspected of not observing road signs and involved in dangerous driving 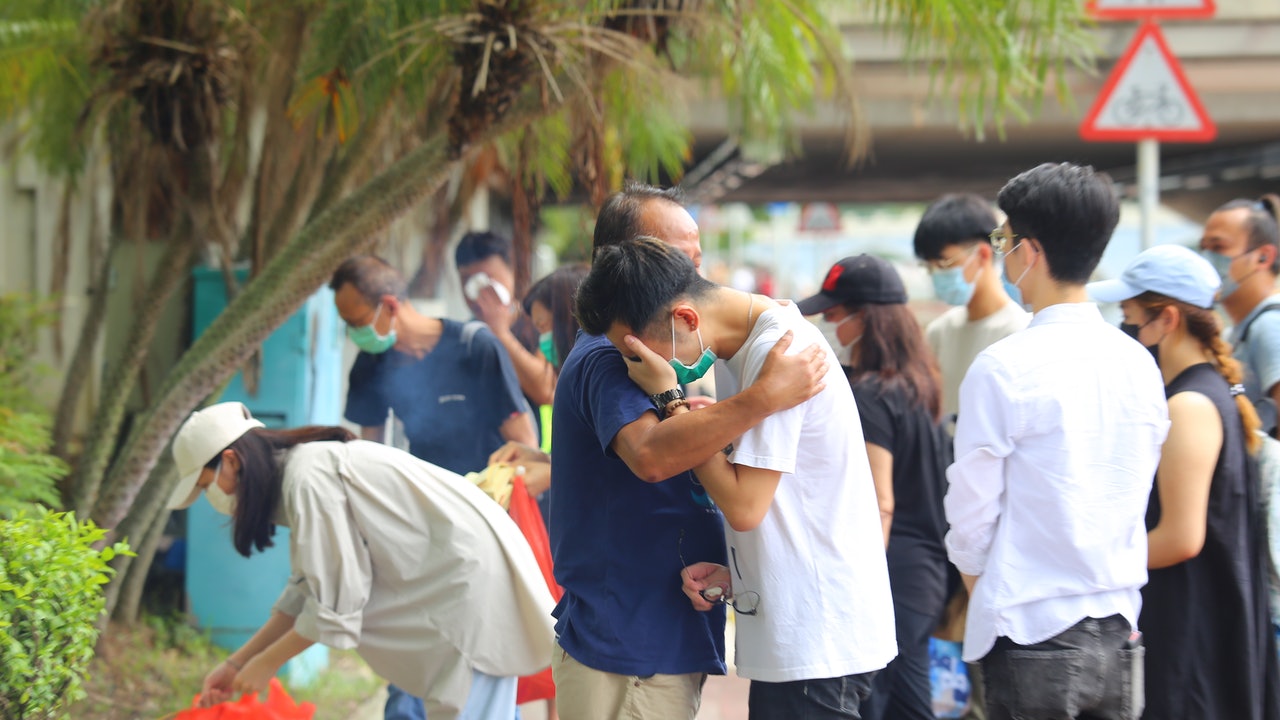 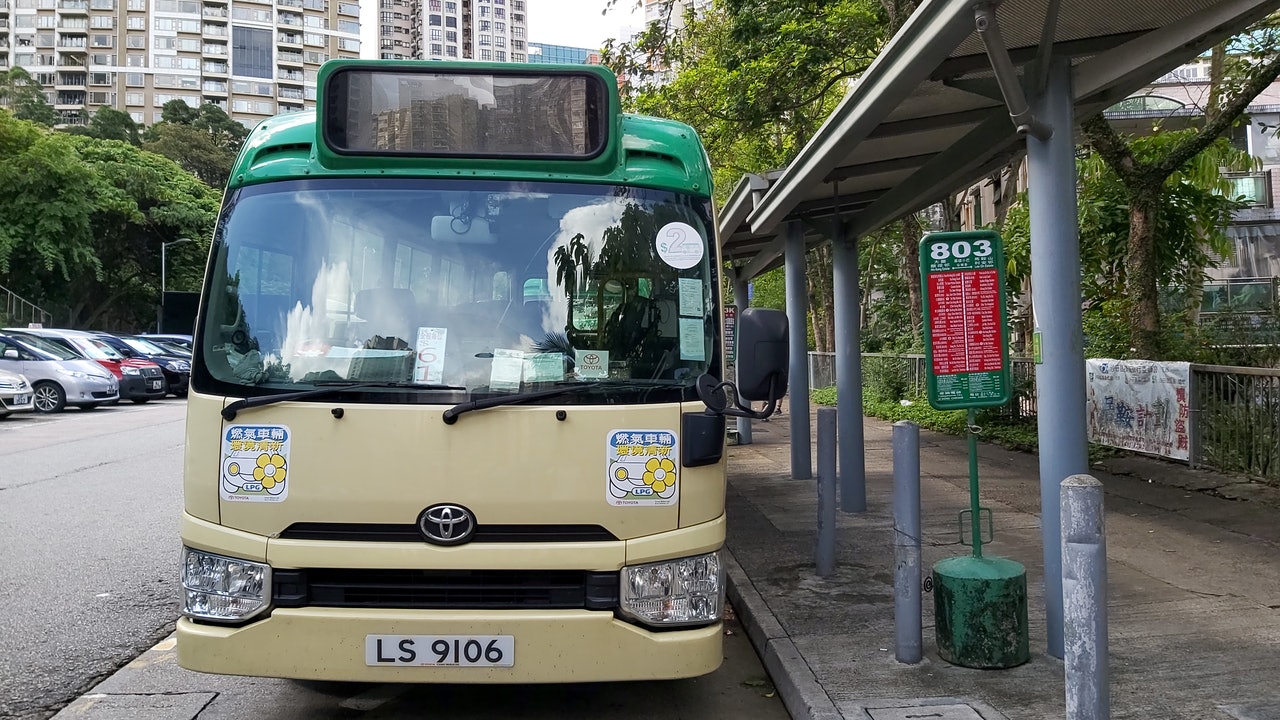 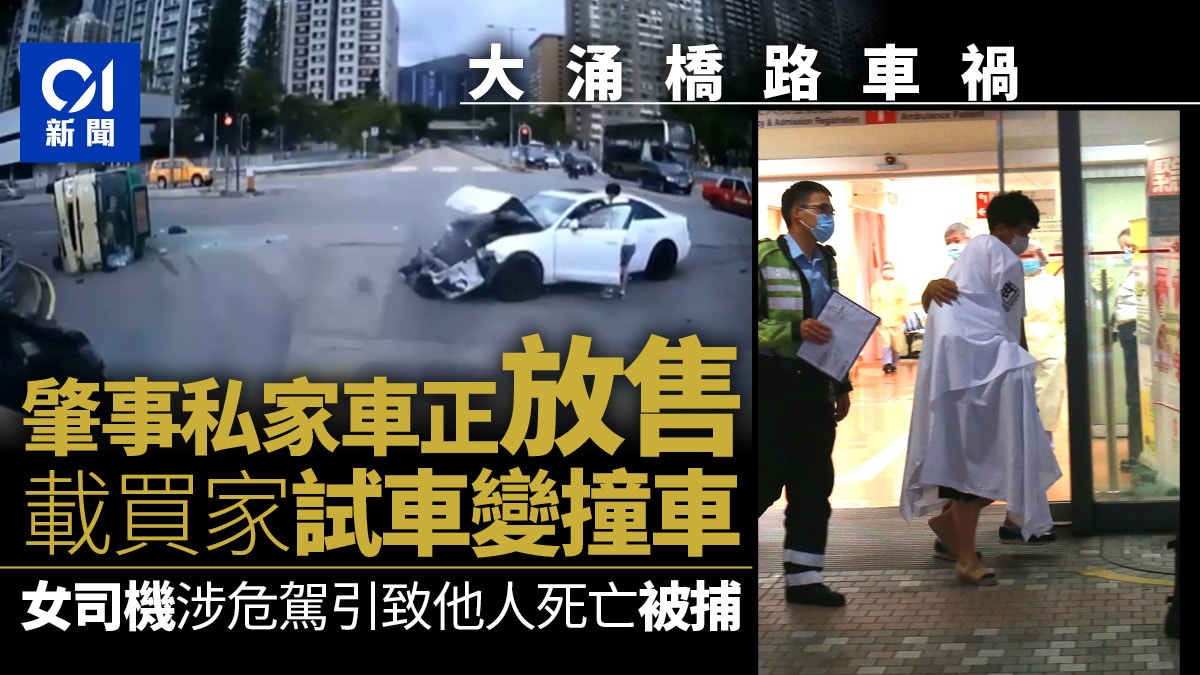 Car accident on Tai Chung Bridge Road | Female driver arrested for selling a private car, buying a test car and getting into a crash 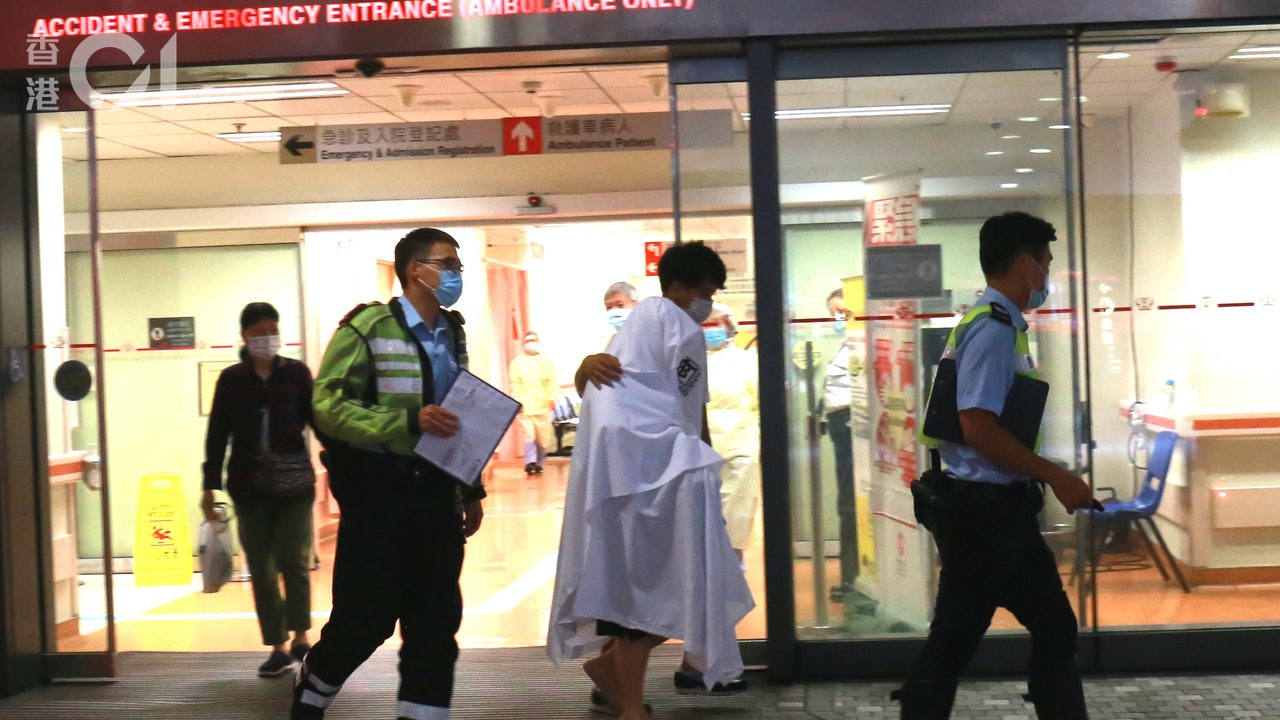 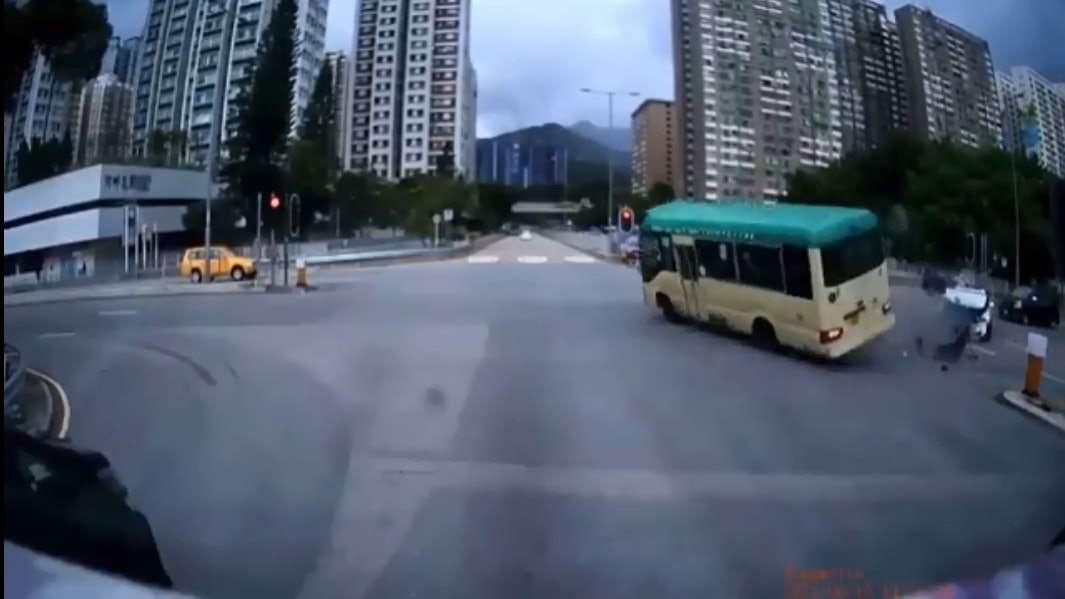 Sha Tin Car Accident | Car CAM Exposures that Private Car Goes Into The Wrong Line And Hits Over Minibus, The Head Of The Dead Is Compressed

Sha Tin Car Accident | Car CAM Exposures A Private Car Suspected of Overturning a Light Bus. The head of the deceased was suppressed by the car 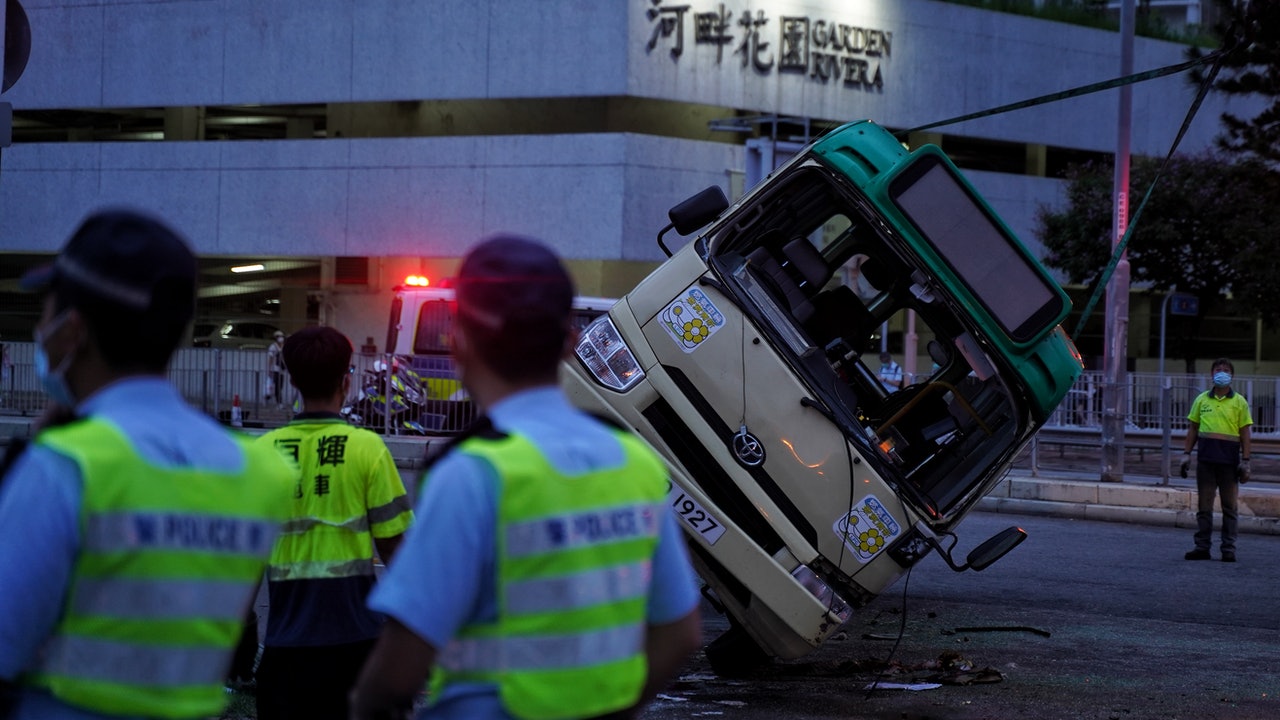