Dong Lian Kok Court was gazetted as a Hong Kong statutory monument in 2017. In addition to its distinctive Buddhist temples, it is also a school-running organization. Dong Lian Kok Court has celebrated its 90th anniversary this year. It has three primary schools and 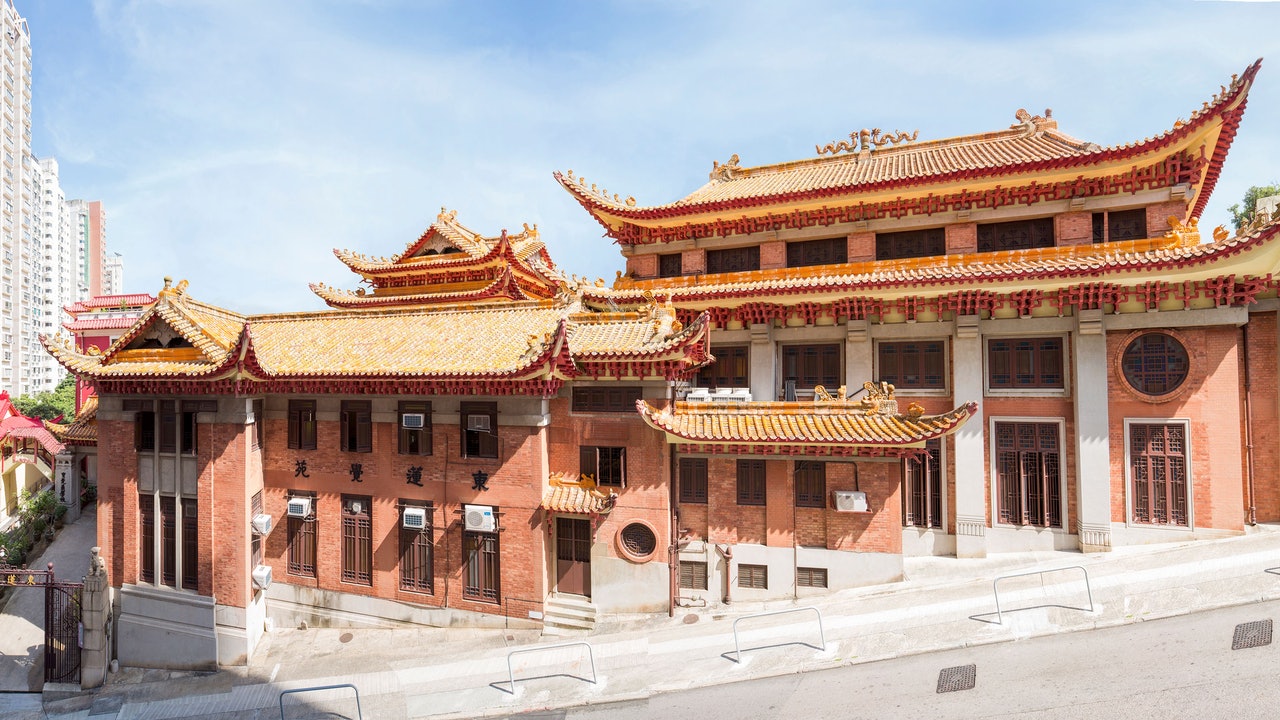 Dong Lian Kok Court was gazetted as a Hong Kong statutory monument in 2017. In addition to its distinctive Buddhist temples, it is also a school-running organization. Dong Lian Kok Court has celebrated its 90th anniversary this year. It has three primary schools and Secondary schools are the first in Hong Kong's female education in the early 1930s, and have promoted the popularization of female education for decades.

With the changes of the times, the three schools are now co-educational schools, committed to providing education services for the new generation.

Dong Lian Jue Yuan was built in 1935 and was funded by He Dong's second wife Zhang Jing Rong (the law name Zhang Lian Jue), and was named after her law name and He Dong's name.

From the height of the bottom of the temple building, it can be seen that it is different from the general Chinese temple design.

Donglian Kok Court was the first Buddhist monastery on Hong Kong Island at that time. It was built on the hillside and looked like a giant ship.

(Photo provided by the interviewed institution)

Donglian Kok Court was the first Buddhist monastery on Hong Kong Island at that time and was designed by architect Feng Jun.

Donglian Jueyuan is built on the hillside. It looks like a giant ship in appearance, which means that it contains the meaning of Mahayana Buddhism to save sentient beings to the other side. The whole building is triangular in shape, and the garden adopts western architectural structure. It is not difficult to find some western styles. The design features of the building, such as high floors, large stained glass windows, floor tiles and concrete structures common in Europe, have design elements similar to those of Western churches.

Yuan Fang is also committed to promoting conservation work. Last year, he invested in the conservation and restoration of the main building of the Daxiong Hall, including the tile roof, eaves, walls and windows.

There are two stone pillars outside the temple, engraved with the words Baojueyi School and Baojue Buddhist Society, and a small bridge is used as a passage between the two places. These two schools are the core part of Donglian Jueyuan.

The Po Kok Yee School on the left was established on Percival Street in 1931 and later moved to Dong Lin Kok Court.

The emergence of Po Jue Yi School was actually related to the educational environment in Hong Kong in the 1930s. Since there were few educational institutions for women at that time, girls living in poverty did not have the opportunity to go to school.

He Dong's second wife, Zhang Jingrong, decided to provide these girls with opportunities to study. With the support of her husband He Dong, they set up the first free school, namely Bao Jue Yi School.

The cloister in the temple was once a refuge for the people. The cultural relics of the early Republic of China have great historical value

On the left is the Baojueyi School, and on the right is the main body of the temple. The entrance of the main hall is enshrined with different Buddha statues, such as Maitreya Buddha and Guan Gong.

Upon closer inspection, the floor is made of patterned terrazzo, gradually connected to the main hall.

The layout of the main hall is a rectangle, with a table in the middle, and Dharma drums and Dharma bells on both sides.

The main hall is also designed with a high ceiling, with a corridor directly above it. It is known that during the Hong Kong War of Resistance, the corridor became a refuge for the people.

Many cultural relics of the early Republic of Hong Kong are also treasured in the temple, including horizontal plaques donated by celebrities. "The couplet given by Kang Youwei, the initiator of the Reformation Reform in the late Qing Dynasty, "The Great Circle of the Heavens, the Great Circle Mirror, and the Emperor Zhili. The Net is unobstructed. With the density of the Baltic, all the land and the land of the fragrant land and the Fukuda are very good. , Has historical value.

Leaving the main hall, walking up the stairs, there are some large stained glass windows on the way, with blue, yellow, pink and white as the main colors, and the window frames are made of wood and iron.

Looking closely at the window, there is a dark flower shape printed on it. Although it leaves a trace of time, it is still properly maintained.

Go through the stairs and arrive at the Ancestor Hall, which is filled with tablets of ancestors for family members to remember.

A bunch of leaves was displayed in the pavilion, which was originally named Bayeux.

Before paper became popular, ancient Indians used Bayeux to record some oral scriptures in Pali, so Bayeux is the ancestor of the original Buddhist scriptures.

It coincides with the 90th anniversary of Donglian Jueyuan School. The monastery is now open to the public and online guided tours are also provided. Yuan Fang has also prepared a series of activities for the public such as musicals and seminars.

Executive Director Dr. Wu Zhixuan expressed that he hopes to keep in line with the times through these activities, and also invites teachers and friends and all walks of life to review and look forward to the work of Donglian Jueyuan’s school running and propaganda, from basic education, research and teaching in tertiary institutions to For the promotion of the social application of Buddhism, Donglian Kok Yuen hopes to inherit new things with the purpose of compassion and fraternity.

The eighth chief monk of Dong Lian Jue Yuan Yuan, Master Che, said that Dong Lian Jue Yuan has always been adhering to the spirit of equal and universal education, just like breaking the four-surname class system in the Buddha’s era, and hopes that students will be in an atmosphere of equality and no other Let’s study together and practice Dharma education.

The whole process of running a school is by no means easy, but it depends on the hard work of the past colleagues and the forward-looking vision of education, so that future generations can follow and do not forget their original aspirations.

He hopes that in the future, with the support of the board of directors and school colleagues, he will continue to work hard to make Donglian Jueyuan a better school, and in accordance with the needs of the society, he will skillfully use resources to provide better education. 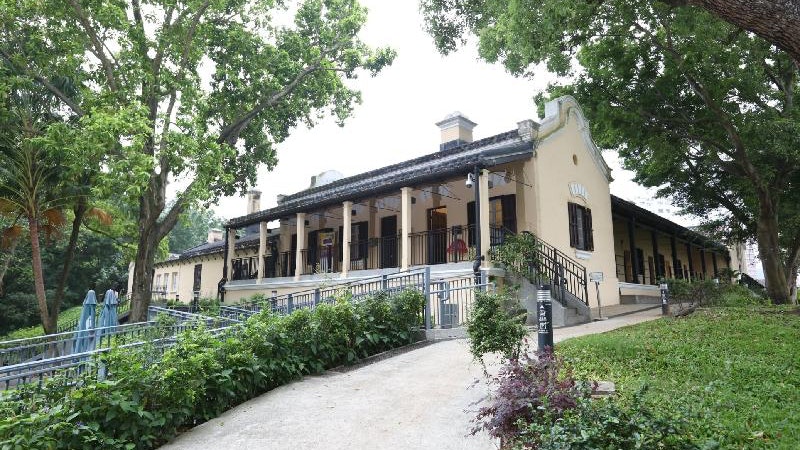 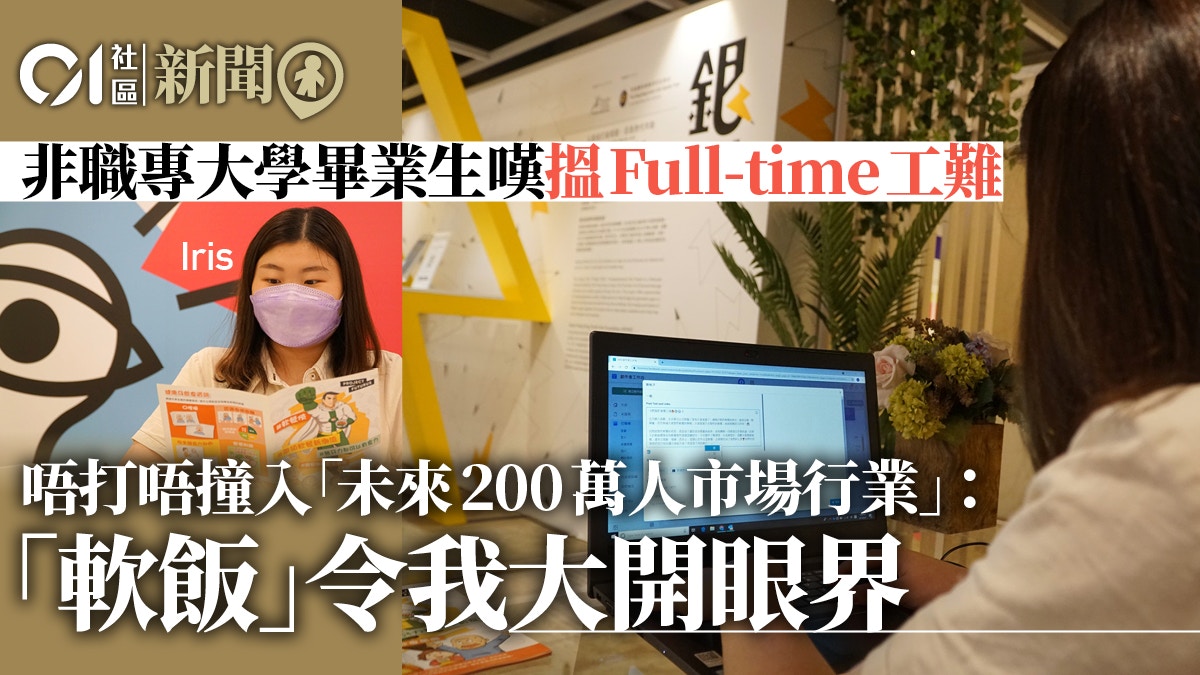 Graduates sigh that it’s hard to find full-time jobs and crash into the "future 2 million market industry": soft meals have opened my eyes 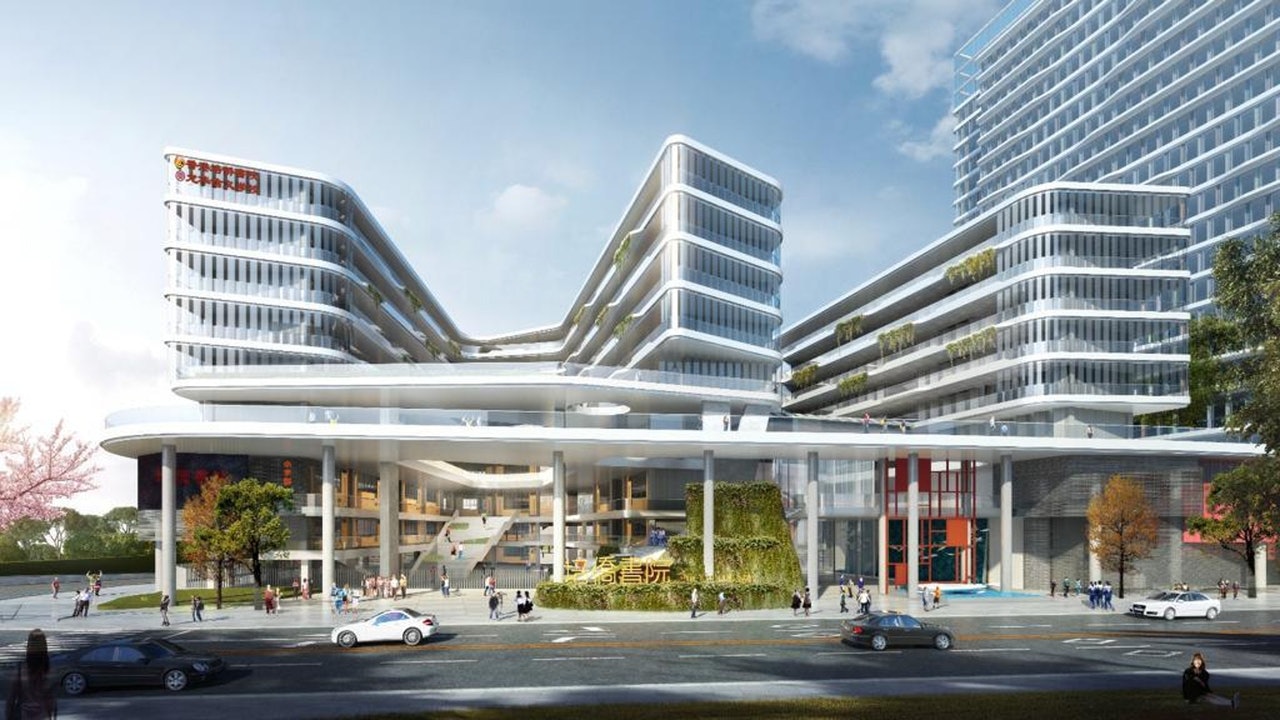 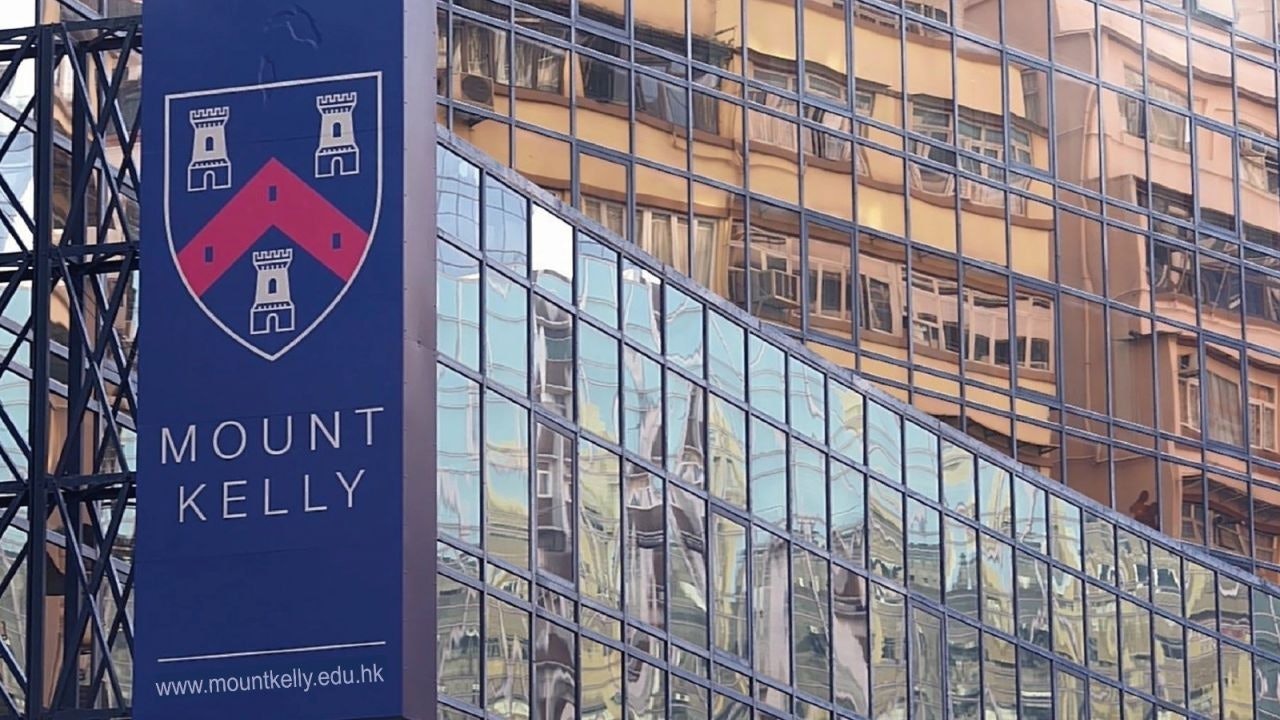 Kelly Hill School is accused of arrears of salary and rent. The school: the salary has been properly handled, and the rent arrears are due to communication errors 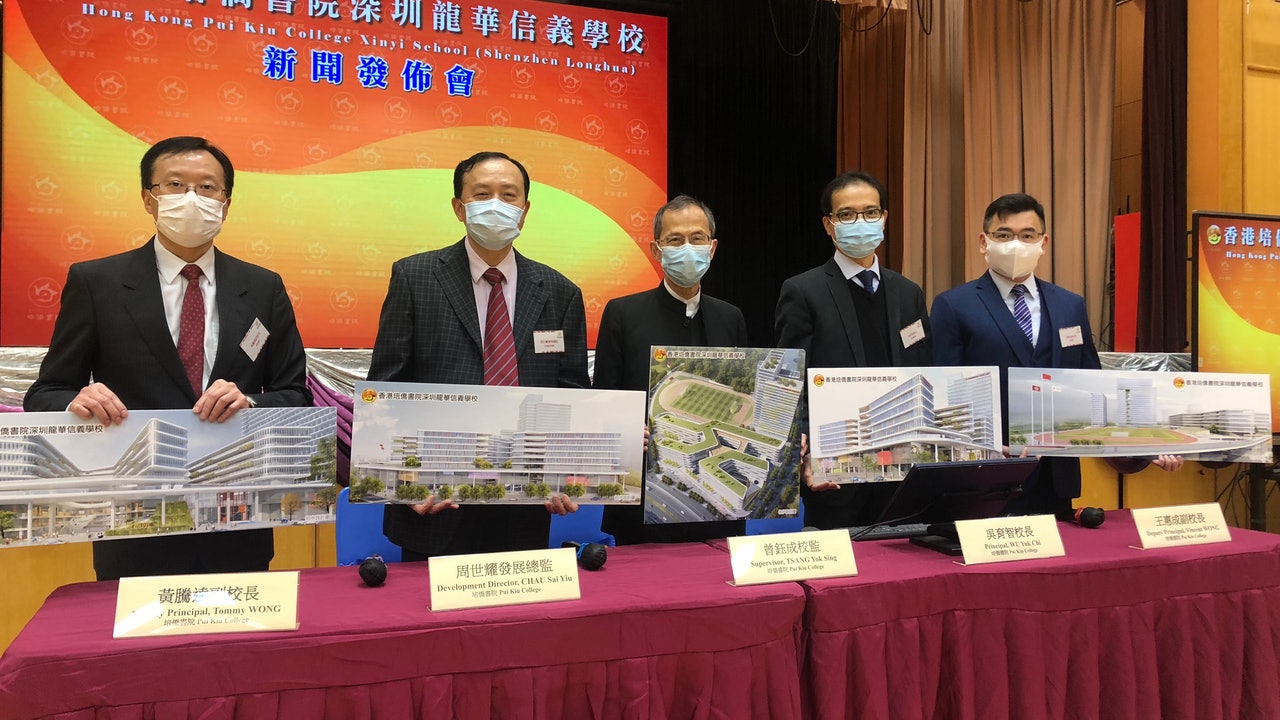 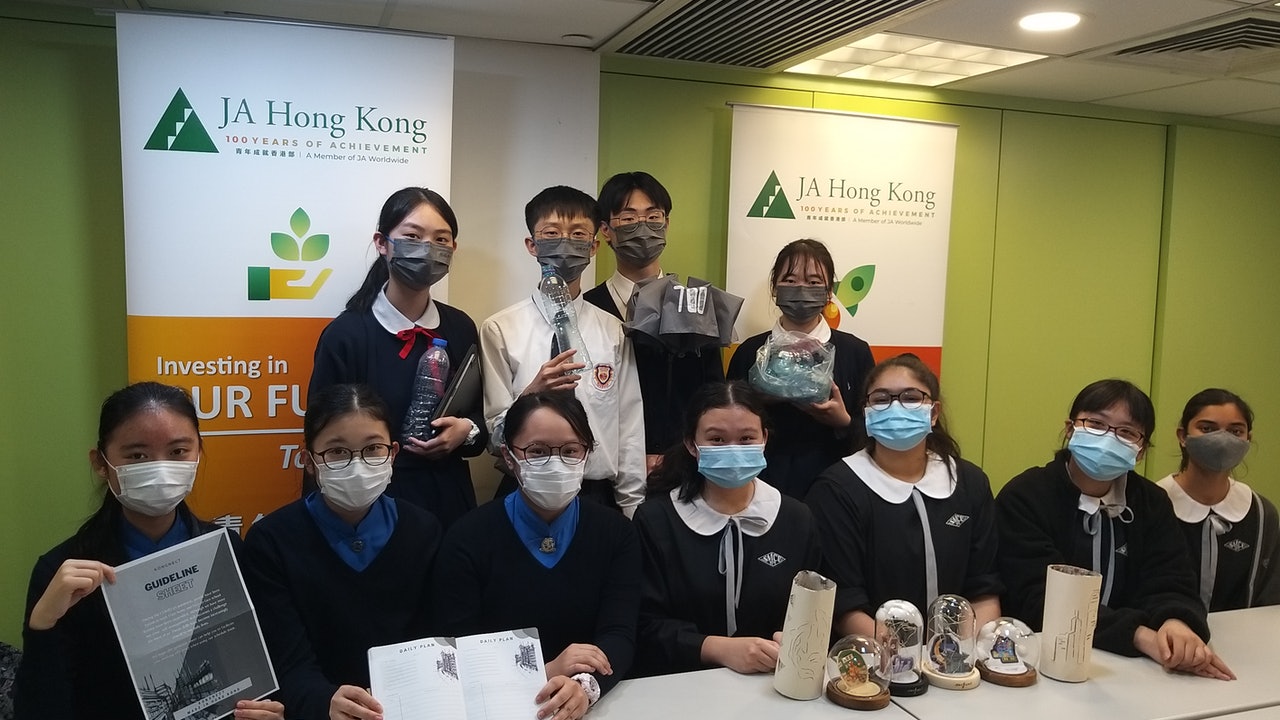