Formerly on foot, now with a drone and thermal imaging camera: Pollingers save fawns from being mowed

Young deer want to save the "fawn rescue polling" from mowing death. The association therefore promotes the use of drones with thermal imaging cameras. 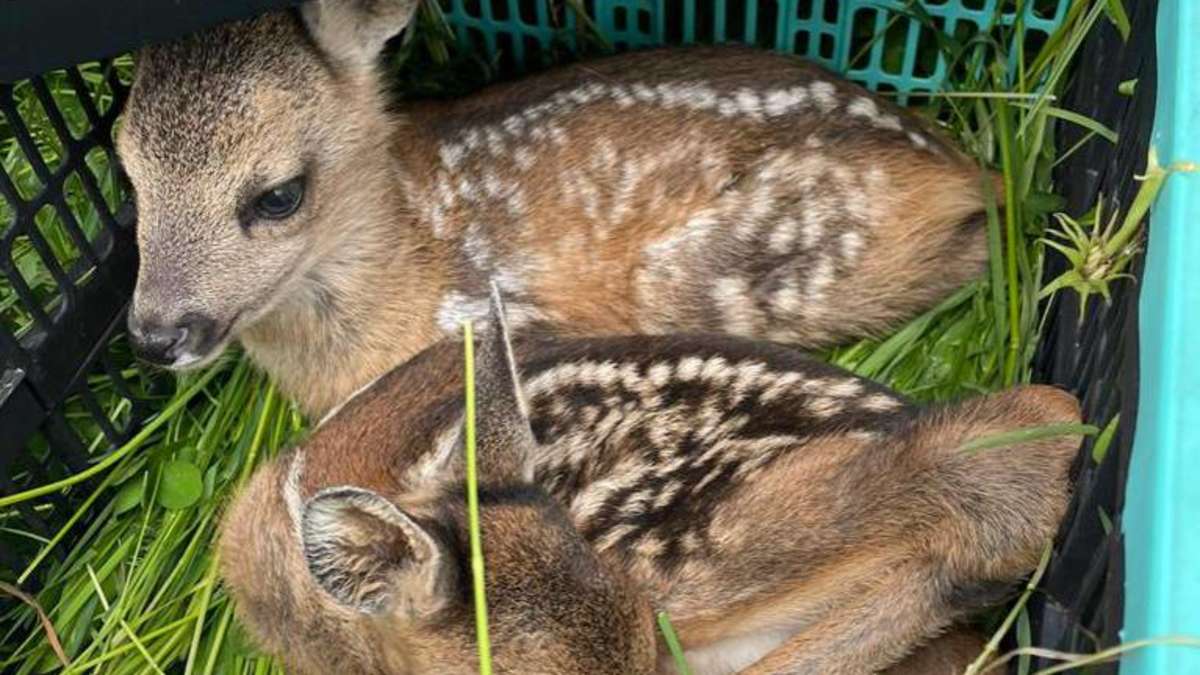 Young deer want to save the "fawn rescue polling" from mowing death.

The association therefore promotes the use of drones with thermal imaging cameras.

- If you currently want to reach Kathrin Städele by phone right away, then you have to be lucky. And when the chairwoman of Polling's fawn rescue team answers the cell phone, she is mostly on duty - somewhere in the open between Polling, Etting and Eberfing. From May to the end of June it is very busy for the fawn rescuers. At Städele, who works part-time as an assistant doctor in a veterinary practice, the alarm clock often rings at four o'clock. Then the "drone force" moves out.

The new technology acquired for this year, including a thermal imaging camera, delivers the best results in the early hours of the morning.

The warmth contrasts can still be seen clearly.

Later it becomes more difficult to distinguish a fawn from a molehill.

But the drones specially developed for fawn rescue have so far proven their worth.

More fawns can be saved with the drone

Last year 60 fawns were found in the hay meadows.

Back then, the fawn rescuers only combed the fields on foot.

This year, with the support of the drone, there are already 68 fawns - even though the season is not over yet.

The big advantage of using technology: Much larger areas can be searched in less time.

But despite the drone: "It's all pretty stressful - and I'm really busy too," admits Städele.

But she gladly accepts the effort.

Protecting the fawns from serious damage to the mower deck is enough of a personal drive for them: “You just can't look the other way.

I am not allowed to harm an animal. "

By the way, Städele has a hunting license.

For her, this is no contradiction to her work as a fawn rescuer.

On the contrary: "That is part of the whole system." According to Städele, when professional hunting with targeted shooting training does not cause unnecessary harm to the game.

Cooperation with farmers "is exemplary"

In addition to animal welfare, the fawn rescue brings many other “positive experiences” to the Städele - be it with the eight club colleagues and the many helpers (the WhatsApp group for the Pollingen fawn rescue has around 200 members) or with the hunters and farmers.

Städele emphasizes that something can only be achieved in dialogue with stakeholders.

Above all, the aim is not to force anything on the farmers, but to make them aware of the need to rescue fawns.

And that works very well: "The cooperation with the farmers is exemplary," states Städele: "There is a lot of hacking on the farmers, but it's going really well."

With the areas of Polling, Etting and Eberfing, the fawn rescue, which was officially founded as an eV in summer 2020, is fully utilized.

“We cannot swarm out to serve the entire Oberland,” explains Städele.

The association therefore wants to pass on its expertise informally - to voluntary groups, to hunting cooperatives and also to the farmers themselves. Städele believes that effective fawn rescue can also be carried out by the clientele on their own: "These can also be very individual solutions." "Help for self-help", which the association would like to offer: "We want to make a difference", says the fawn rescuer - whereby she builds firmly on the technical component: "The drone - that is the future in fawn rescue."

A second drone is to be purchased

The association now wants to purchase a second aircraft with a thermal imaging camera for its own catchment area.

Städele is hoping for plenty of donations again - as with the first drone, which was co-financed by many private donors, the municipality of Polling, the local Wein GbR and the hunting cooperative, among others.

Five members of the association currently have a drone license - including Städele, who says: "Anyone can learn that - you just have to want to." Formerly on foot, now with a drone and thermal imaging camera: Pollingers save fawns from being mowed

Use of drones with consequences: wolf discovered and fawns rescued 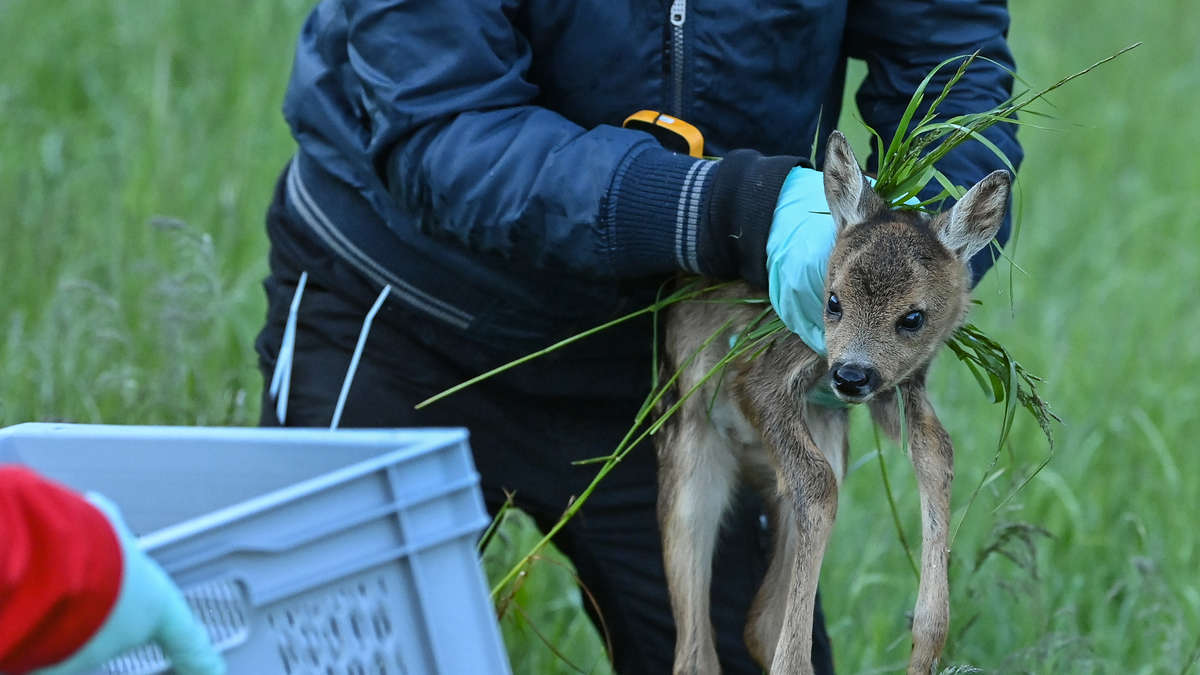 Fawn rescue in Ammerland: the whole village helps together With drones already in action at dawn: hunters save fawns from mowing death With beeps and drones against the death of fawns from mowing