The OECD notes that the bad data is due to factors such as early school leaving, young people who neither study nor work or lack of training in companies for new employees

Spain is, behind Greece, the country in the European Union in which reading comprehension advances the least between 15 and 27 years. This is clear from the report published this Tuesday by the OECD

(which could be translated as

. The authors of the study point to early school leaving ―Spain is the EU country with the largest number of young people who do not study beyond ESO, 17% compared to 10% on the European average―, the number of those who do not They study or work and the little training that companies offer as some of the factors that lead Spaniards to stagnate in their ability to understand texts.

Francesca Borgonovi, head of the OECD Skills Development Center and co-author of the study, points out: “We would need to study the Spanish case in depth, but from our analysis it is clearly deduced that the evolution in learning between adolescent and adult life is it is lower in countries where more students drop out of class, are unemployed or do fewer internships, as is the case in Spain ”. The problem, says Borgonovi, appears when there are no networks to ensure that young people continue to train once they have completed compulsory studies at the age of 16.

The report compares the results obtained in 26 OECD countries by 15-year-old students in the PISA tests - which measure the level of proficiency in mathematics, science and reading comprehension - in the year 2000, and those obtained by young people from that same generation when they turned 25, 26 and 27 years old in the PIAAC test ―the assessment of adult competencies― in 2012. It analyzes the academic performance of these boys born between 1984 and 1985.

The average score of the OECD and EU countries coincides: they obtained 268 points in PISA and 282 in PIAAC, which represents a growth in the level of reading comprehension of 14 points.

On the other hand, Spain registered a decrease of 0.06 points, with 263 points in both tests.

Japan is the country with the greatest improvement in reading comprehension among its citizens aged 15 and 27, with a 31 point difference.

Other countries in which the skill grew are Germany (25 points more) and Belgium (24 points more).

Greece is the big loser, with a decrease of 3.1 points in reading comprehension among the different age groups.

An interesting fact among young Spaniards is the difference in score between those with at least one parent with higher education (an improvement of almost five points is recorded from 15 to 27 years) and those whose parents did not have that educational level (almost two points less). Borgonovi indicates: "Of those born between 1984 and 1985 we have observed that, on average, those with parents with higher education and more reading skills did present a positive evolution from their adolescence to their almost 30 years."

The adolescent years, the OECD report indicates, are a period of neurological changes associated with increased impulsivity, difficulties in evaluating long-term benefits and a tendency to take more risks. The text continues: "All these changes occur at the same time that young people must make momentous decisions about their academic career, which require evaluating the different alternatives." Families with greater sociocultural capital can provide them with greater support, both in terms of material resources and advice on which path to choose. Those with a low educational level cannot accompany them in the same way in that transition.

For the World Bank analyst Lucas Gortázar, it is important to bear in mind that in 2003, when the young people evaluated were in their teens, the dropout rate in Spain was 30% (now it is 17%).

“In those years in Spain the only option was practically to enter the University;

those who did not aspire to that left their studies to work in sectors such as construction, and cognitive skills were lost along the way ”, points out the also researcher at the EsadeEcPol study center.

More guidance to reduce the number of 'ninis'

The authors of the report consider that providing schools with high-quality guidance programs is one of the first steps to reduce the number of young people who neither study nor work. Along with Italy, Greece and Ireland, Spain is the country with the highest proportion of

, according to 2015 data, and this is another factor that accentuates the loss of knowledge between adolescence and adult life.

The study highlights that while in the average of OECD countries 34% of 15-year-olds have participated in an internship or volunteer program to find out their vocation, in Spain only 22% have done so.

Another factor is the lack of training that companies provide to their younger employees.

Dual employment protection and (lack of) on-the-job training: PIAAC evidence for Spain and other European countries

(which could be translated as

Double system of labor protection and (absence of) on-the-job training: evidence from the PIAAC report for Spain and other European countries),

how temporary contracts in Spain, which fundamentally affect the most Young people are associated with a lower level of training by companies. It was precisely based on the data provided by PIAAC to conclude that this lack of training is correlated with deficits in reading comprehension and mathematical calculation in those same profiles. The temporary employment rate, the report notes, rose from 15% in 1984 to 35.4% in the mid-1990s. Since then, about 90% of the new contracts signed each year have been temporary.

In this sense, the OECD document indicates that in most of the countries analyzed, young workers from companies with the highest growth claimed not to feel “removed” from training, while those from smaller companies did report this lack, especially in Spain and Slovakia.

"Companies with greater prospects put more effort into developing effective plans for their workforce to acquire new skills, identify the weaknesses of their employees and encourage them to improve," describes the report.

Spain, with 16%, was after South Korea (with 18%), the country in which a higher proportion of people assured that they are motivated to train but do not have the resources to do so.

The report highlights that one of the factors that most influences to maintain interest in learning in adult life is the practice of teachers in the classroom while the children are still adolescents. It is influenced by the fact that the student perceives interest on the part of the teacher in their learning, enthusiasm for the content they teach or their effort to stimulate critical thinking in students. At this point, Spain does well: when asking 15-year-old students if they perceive “enthusiasm” from their teachers, the average score for OECD countries is 0.012, while in Spain it is 0.034.

On the other hand, when measuring their degree of stimulation towards reading - the teacher encourages students to express their opinion about a text, helps to connect the stories with events in their life, proposes questions that encourage them to participate -, Spain is about to below average. The OECD average score is -0.003, that of the EU is -0.024 and that of Spain is -0.309.

Ismael Sanz, Professor of Economics at the Rey Juan Carlos University, points out: “The enthusiasm of the teachers for the subject they teach is transferred to the behaviors and attitudes of the students, such as motivation and perseverance.

Sanz believes that one of the problems is the extension of the school curriculum in Spain, which does not allow the teacher enough time to stimulate activities that are not closely related to the specific content of their subject. 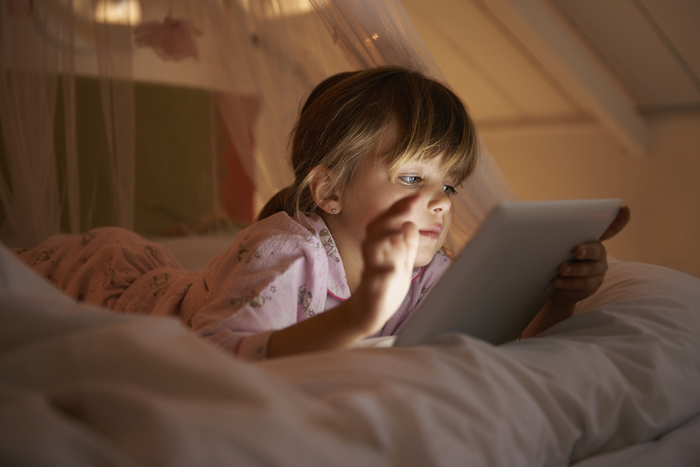 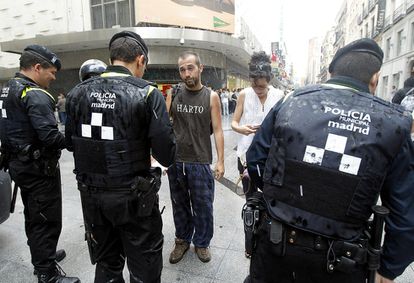 Young, male and ethnic minority: this is the profile of those most registered on the street by the police in the EU 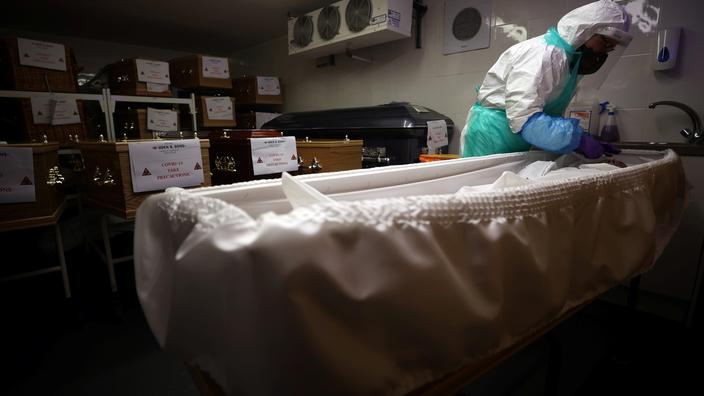 Covid-19: more than 500,000 deaths in the EU, but improvement in the most affected countries 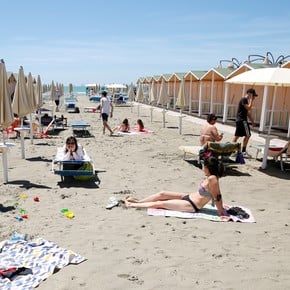 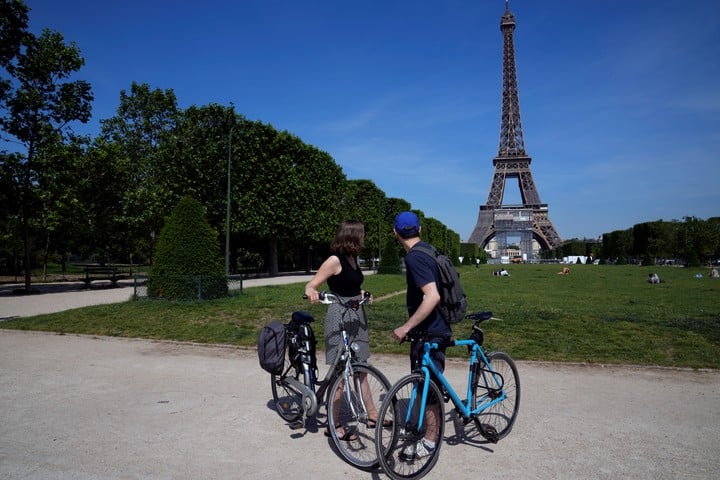 'Welcome tourists!': Europe opens up to visitors, but with country-by-country requirements 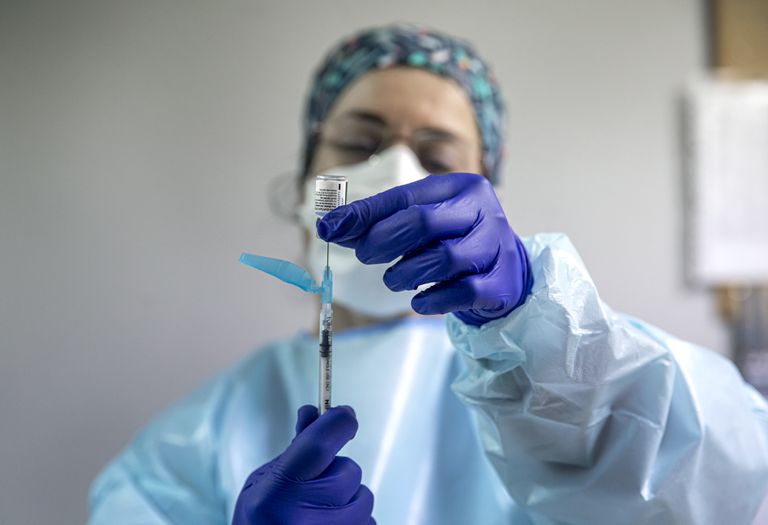