The debate about the future of the district clinic is causing uncertainty among around 400 employees. District Administrator Niedermaier is now addressing the workforce in an open letter. The debate about the future of the district clinic is causing uncertainty among around 400 employees.

District Administrator Niedermaier is now addressing the workforce in an open letter.

- In the past few weeks "there has been a lot of discussion, writing and speculation," says Josef Niedermaier with a view to the district clinic. In an open letter to around 400 clinic employees (it is dated Monday, June 14), the district administrator emphasizes: "Believe me or not, I am concerned about the Wolfratshausen health location and fight for its continued existence."

For the 57-year-old, chairman of the supervisory board of the Kreisklinik gGmbH, it is important, in his own words, to "first analyze the overall situation and then act on the results and the guard rails that have been set". In this context, he mentions the latest statement by the Wolfratshauser CSU. As reported, she had doubts about the figures regarding the annual financial statements that the district office had published. The Wolfratshauser CSU "and many others" are apparently convinced that the district clinic is better off than the Vicondo study has shown, said Niedermaier. The press spokeswoman for the district authority, Marlis Peischer, had already resolutely contradicted this claim.

I take the enormous headwind seriously, which is why I have currently stopped the process and will first seek a dialogue with you, with the employees in the district clinic. "

Josef Niedermaier, District Administrator and Chairman of the Supervisory Board of the Kreisklinik gGmbH

In his open letter to the clinic staff, the district administrator once again states "the exact numbers" from the audit reports for the years 2013 to 2020. And after adding up, he comes to the same result as the spokeswoman for the authorities Peischer at the end of May when asked by our newspaper: The "legal person" Kreisklinik gGmbH has made a total loss of EUR 9,863,029.66 since 2013. Niedermaier: "A sum that can be described as around ten million euros." You have to know: In the profit and loss account of the non-profit GmbH, the figures for the hospital and district nursing home are not shown separately, but are presented as the overall result of the Klinik gGmbH. If one were only to look at the balance sheets of the hospital operations, so the account of the chairman of the board,the clinic "generated a deficit of 8,945,768.74 euros in the years 2013 to 2020".

Niedermaier's conclusion: Even if the results of the district nursing home in Lenggries were excluded, “it does not appear” that with a deficit of almost nine million euros in eight years, “a fundamentally different situation can be assumed”.

The trend has been negative for seven years.

The view of the Wolfratshauser CSU and others that the economic situation of the facility on Moosbauerweg has steadily improved, is "inexplicable" for Niedermaier for the reason mentioned.

“Proven wrong” that the district clinic is recovering economically

Looking back on 2020, the district administrator states: "Due to the effects of the corona pandemic, last year's business transaction is extremely poorly suited to deriving general trends." Conclusion: The statement that the patient at the district clinic is on the way to recovery, is "demonstrably wrong" when looking at the business results.

Niedermaier assures the clinic staff that it is his endeavor "to be able to offer high-quality inpatient care at the Wolfratshausen location in the future too".

But the district must also be able to afford it in the long term.

Against this background, he would like to find out "which ideas and concepts potential cooperation partners have, without there being any prior determinations in which direction".

There should be an exchange of views in late summer

He takes the "enormous headwind" seriously, said Niedermaier in view of the demonstrations and the resolutions of the cities of Wolfratshausen and Geretsried as well as several municipalities.

That is why he "stopped" the political process for future health care in the district.

First of all, he now wants to "seek dialogue with you, with the employees in the district clinic".

In order not to "create additional uncertainty for you, I will first turn to you before I take the discussion into public," explains the district administrator.

Therefore, for the time being, he will not take part in public meetings.

Niedermaier announced that the clinic employees would be invited to an exchange of views “in late summer”.

He and experts “will be there to answer your questions”.

In his three-page letter, Niedermaier repeats the goals of the process started by the district councils: Securing the district clinic with acute inpatient services (including internal medicine, surgery, obstetrics and 24/7 emergency room), better coordination of inpatient care in the region with cooperation partners - "While preserving jobs and non-profit status"

Also read: Uncertain future of the district clinic - These are the fears of the workforce 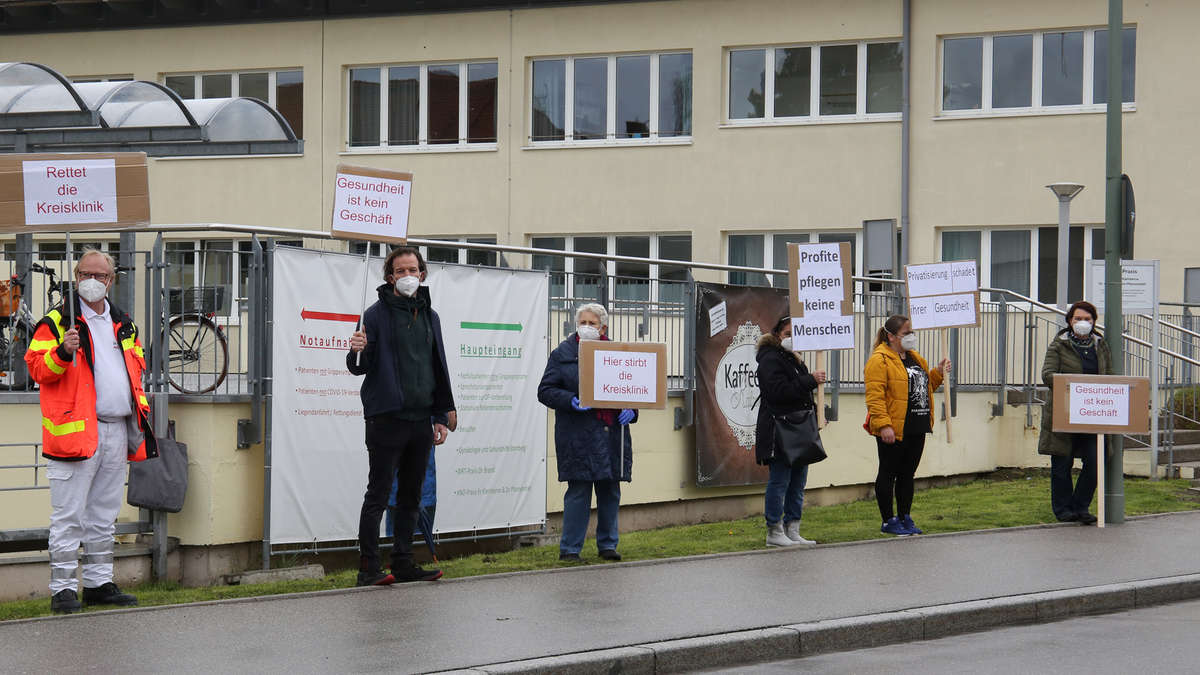 Mayor railed against district administrator: "That is an affront" 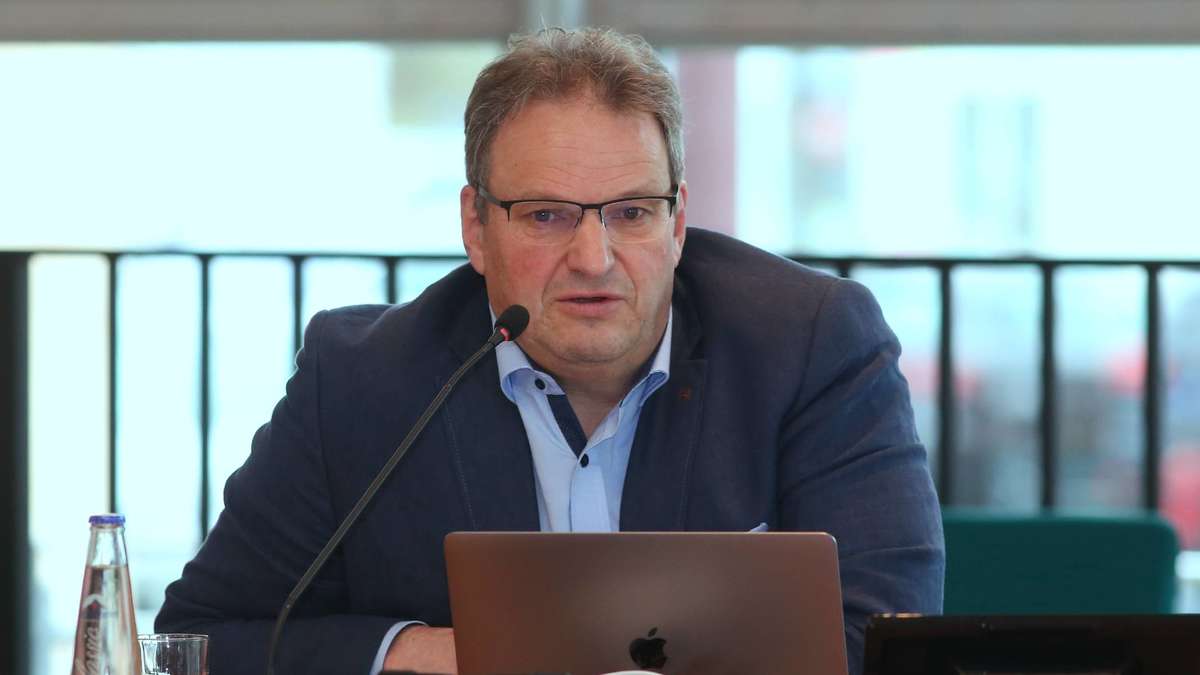 Future of the district clinic: District administrator pleads for objectification of the debate 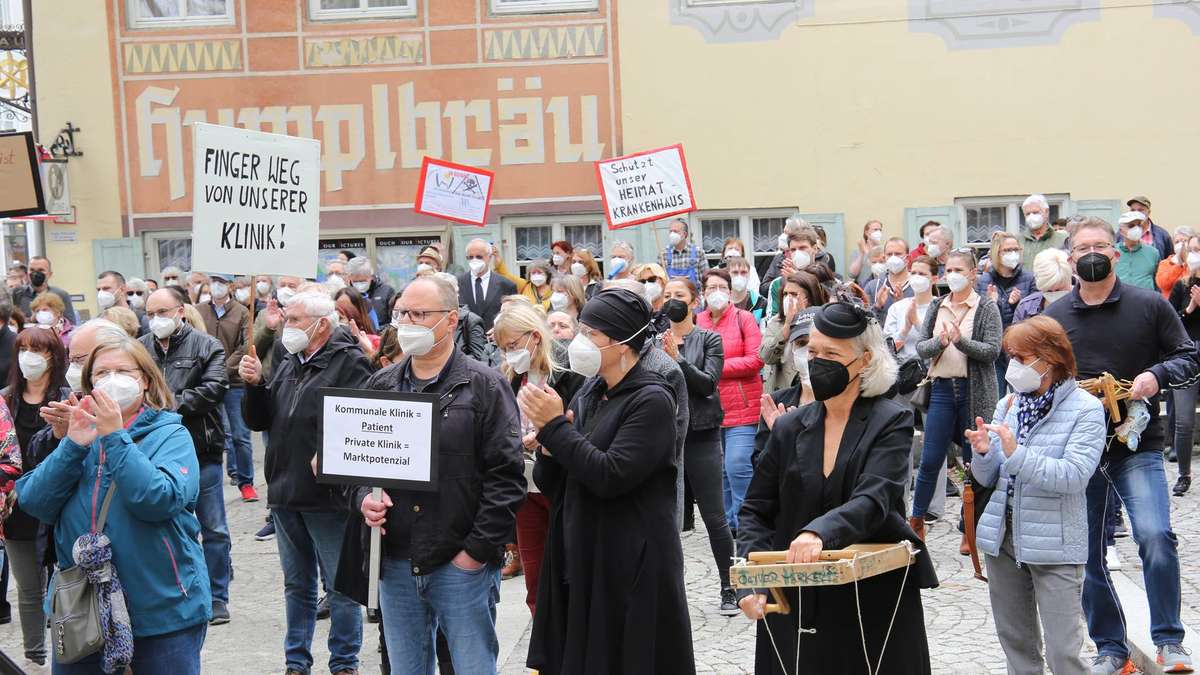 Kreisklinik employees: First applause, then "a slap in the face" Geretsried: That is why District Administrator Niedermaier does not come to the citizens' meeting When it came to the hospital, the tatters flew: "This is amateurish!"