A senior woman paid tens of thousands of euros to phone fraudsters. One woman had posed as her granddaughter and faked a bad accident. A senior woman paid tens of thousands of euros to phone fraudsters.

One woman had posed as her granddaughter and faked a bad accident.

Nuremberg - On Tuesday afternoon (June 15), a senior citizen from the Buchenbühl district in Nuremberg * fell for a shock call.

The Police Headquarters Middle Franconia * will inform you about this in a message.

Nuremberg: cheater pretends to be a granddaughter - senior woman hands over money to an unknown man

A scammer pretended to be her granddaughter and said she was in a bad car accident.

She would need tens of thousands of euros in money to repair the vehicle.

The helpful victim wanted to help immediately and handed the desired amount to an unknown man around 5 p.m.

Apparently that was not enough for the fraudsters.

The alleged granddaughter called the older woman again and asked again for tens of thousands of euros to cover further costs of the alleged accident.

About a quarter of an hour later, the elderly woman handed the amount back to the unknown person who was collecting money on the street.

A neighbor observed the situation and immediately alerted the police.

When the officers arrived, the stranger was already gone.

An immediate search for the fraudster was unsuccessful.

The Nuremberg criminal police are therefore looking for witnesses who noticed the person collecting the money before or after taking over the money in Buchenbühl.

The man is described as follows: He is between 40 and 45 years old, about 1.75 m tall and has a southern appearance and a slight bald head.

He is well built and wore tinted glasses and light colored clothing.

His top was beige, as was his handbag.

There may also be a gray minivan associated with the money pickup.

Anyone who can provide information is asked to contact the Criminal Police Service (KDD) Middle Franconia on 09 11 21 12 33 33. Grandchildren trick: The woman from Weyarn sees through the fraudulent caller Brazen scam: suddenly the deaf and mute starts talking - and the money is gone 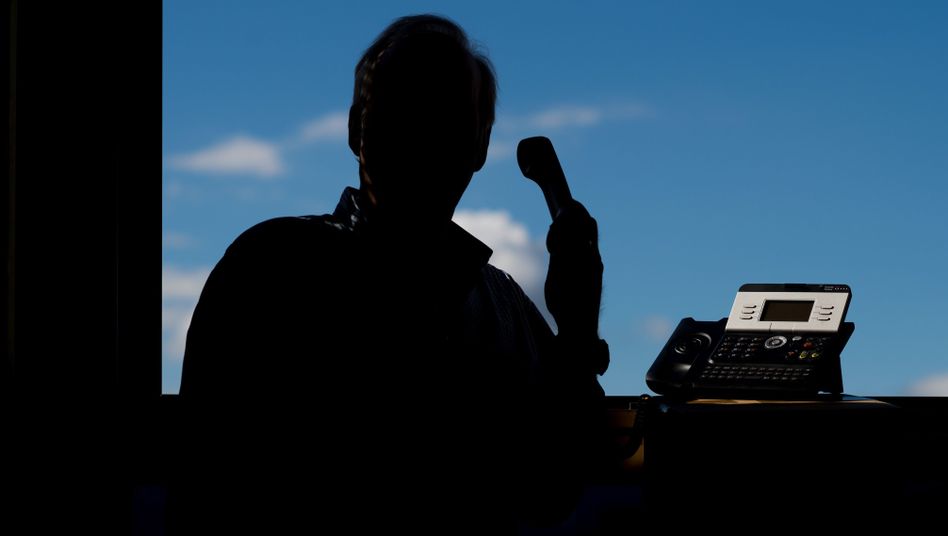 "Woman told me that my son has Corona": Munich woman reports terrible experience Who saw something? Strangers damage several cars in the Nuremberg district Again: fake policemen want to rip off Tölz seniors - and flash off