Jazmina Barrera: “Motherhood is an earthquake of identity. Change relationships with your body, with your partner, with your profession "

(Pepitas editorial) during her pregnancy and the first months of her baby, who is now three years old.

Precisely during its gestation, an earthquake shook Mexico and left more than 200 dead in the capital.

The earthquake served as a common thread for Barrera to talk about another earthquake whose magnitude exceeds the measurement capacity of the Ritcher scale: motherhood.

"In the introduction to

Mary Shelley writes that we never create from a void, we always create from chaos. And I think that is one of the slogans of the book: motherhood is that earthquake that leads you to the chaos of total identity. From this chaos one has to see how it is rebuilt and how it is also recreated in terms of art, of writing, ”he says.

is part of the reconstruction of Barrera, an unclassifiable and choral story in which the author, after an arduous search work, establishes a dialogue with other women in the art world who dealt with pregnancy, childbirth and breastfeeding in her construction site.

“For a long time these topics were considered inconsequential, even the same women who wrote did so perhaps secretly, knowing that there was no reception for those texts.

Today, fortunately, readers have realized that these issues challenge us and also, of course, the publishing market is opening its doors to this issue, "says Barrera, who points out that he found in literature and in the art the company she needed to face motherhood.

You wrote the short texts that shape

during your pregnancy and the first months of your baby's life.

If my accounts do not fail me, your son will already be three years old.

How has Jazmina Barrera changed since then?

Tremendous. Motherhood is an identity earthquake in every sense. Change relationships with your body, with your partner, with your profession, with your friends, with your family. It changes absolutely everything. And it is also a process that does not stop, because like babies and then children are changing all the time, especially in the first years, one also has to go transforming. It is a constant learning. So everything has changed in me and everything continues to change, although now that my son is three years old, I have been able to regain a little more structured and calm life. It seems that we have found some stability, at least for the moment.

If death takes something away from you, give it back

(Sixth Floor), the Danish poet Naja Marie Aidt, who lost her 25-year-old son, talks with other authors who also suffered the death of a loved one and who left on the record for written of his mourning.

seemed to me its reverse, a dialogue with life.

it was a choral book in which maternity wards were represented in their many facets. When I got pregnant, I started looking for references in the literature and in the art of other women who had worked on pregnancy, childbirth and breastfeeding in their work. Nowadays there is an explosion of maternity literature and I think it will never be too much, but at that time it took me a lot of work to find more references to these topics in the literature. I was more or less trying to elucidate why there was no more, why so much has been written about death, about illness, about love, and so little about childbirth and parenting. The answer, of course, is in the patriarchal culture. For a long time, these topics were considered inconsequential, even the same women who wrote did so perhaps secretly,knowing that there was no reception for those texts. Today, fortunately, readers have realized that these issues challenge us and also, of course, the publishing market is opening its doors to this issue.

And how important is it to find those references.

Because, overwhelmed by so many self-help books, we are in need of experiences that validate our feelings, our ambivalence.

There is a statistic that says that a woman who has read many maternity self-help books is more likely to have postpartum depression (laughs).

They are very useful books, of course, but many times they seem like a list of all the dangers and all the things that can go wrong, of all the demands that a mother has.

And it is overwhelming.

Instead, in literature we find other narratives.

In my case it helped me a lot to read

, the narrative of amazement offered by Canadian writer Rivka Galchen.

It changed my perspective absolutely, because it is a book with humor, with curiosity, with intelligence.

We need to see ourselves reflected in other experiences.

Not necessarily identifying ourselves, but at least being able to dialogue, to be able to argue.

Motherhood, childbirth and breastfeeding are such strong processes that living them alone is very hard, so in literature and in art I found the company I needed.

, among many other things, is also an approximation to what Renato Cisneros defined in

Someday I will show you the desert

(Alfaguara) as "the old dilemma of whether the writing profession is compatible with the mentally and physically exhausting task of raising a child."

There is a discourse that we have bought that comes from the academic, from a very masculine point of view, but which has also been appropriated by a certain liberal feminism. According to it, parenting tasks, care work and domestic work are incompatible with creativity and intellectual work. I, on the contrary, find that my intellectual and creative life has been impressively awakened since I have a son. And it is that raising a child implies brutal intelligence and creativity, because you are constantly having to invent, from stories to ways to put their shoes on. I think we have to revalue that as well. And then there is the issue of time: that you don't have time to write, you don't have the space, stillness, and silence to do so. Oh well,I think there are a lot of maternity books that are proof that you can. I, for example, wrote on my mobile while breastfeeding, on my way to the bathroom, when I could. That is why many maternity books have that fragmentary structure, because it is the rhythm of motherhood. As Ursula K. Le Guin said, babies eat books, but then they spit out pieces with which you can build something. There are always ways.

Jazmina Barrera (Mexico City, 1988) wrote the fragmentary reflections that make up Línea nigra (Pepitas editorial) during her pregnancy and the first months of her baby's life, now three years old.

also helps to write, I suppose, that tribe that surrounds you and makes motherhood more bearable.

It surprises me because every time I have the feeling that we live the experience more alone, with less help ...

Donna Haraway describes a society of the future in which to have a child requires that between three and six people agree. That idea seems precious to me, because I think we have to find new ways to collectivize parenting, because otherwise the experience can become torture. A single mother who has to work, raise and take care of housework can go crazy. On the other hand, when those tasks are divided, we all win and we all have a better time. I was extremely lucky to have an extended family, which on the other hand has also been very frowned upon by the patriarchal model of the nuclear family.

Your mother is an essential part of that tribe and also of the novel, so you appear as mother and daughter at the same time.

As soon as I got pregnant I started to completely rewrite my mother's story.

And I think it is very common, because all the decisions you make are marked by a reference: how you were raised.

It is the first mirror we have.

In addition, my motherhood reconfigured my relationship with my mother, also in part because of the role that she began to have as a grandmother.

Motherhood is a transformation in that sense too.

"Babies are a reason to live, but also not to die, which prohibits dying", quotes Rivka Galchen.

Manuel Jabois wrote that the first lesson he learned from fatherhood was the mandate to never die.

What has been your main learning from this experience?

I saw a documentary on Netflix in which they explain that when a baby is born, its primary caregiver develops an attachment to the baby that turns on a certain part of the amygdala directly related to fear in his brain.

it stays on forever. I, it is something that, without knowing anything about biology, I relate to that permanent attention, with that absolute empathy that you have to develop when you have a baby so vulnerable that he cannot communicate: you have to be attentive to what he needs, to what who wants, to small gestures and sounds that you have to decipher. That understanding of another, that ability to get into the head of another being, I think it generated in me a radical understanding that goes beyond my son. Suddenly I have the feeling that all children could be my children or that all people could have been my children. I believe that radical empathy has transformed me forever. For better and for worse.

Jazmina Barrera: “Motherhood is an earthquake of identity. Change relationships with your body, with your partner, with your profession "

Pilar Quintana: "We do not accept that a mother says that she cannot stand her child, despite being something normal"

The stigma of being a bad mother: five keys to living a full and blameless motherhood 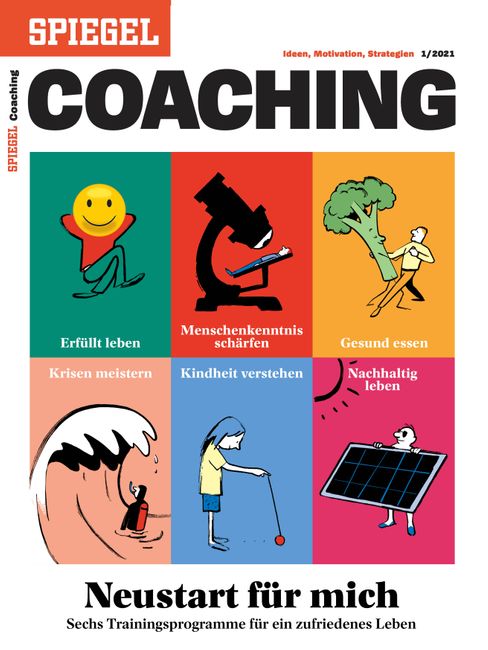 Couple coaching: that's the way it is

Wednesday: turning a hobby into a profession Israel today 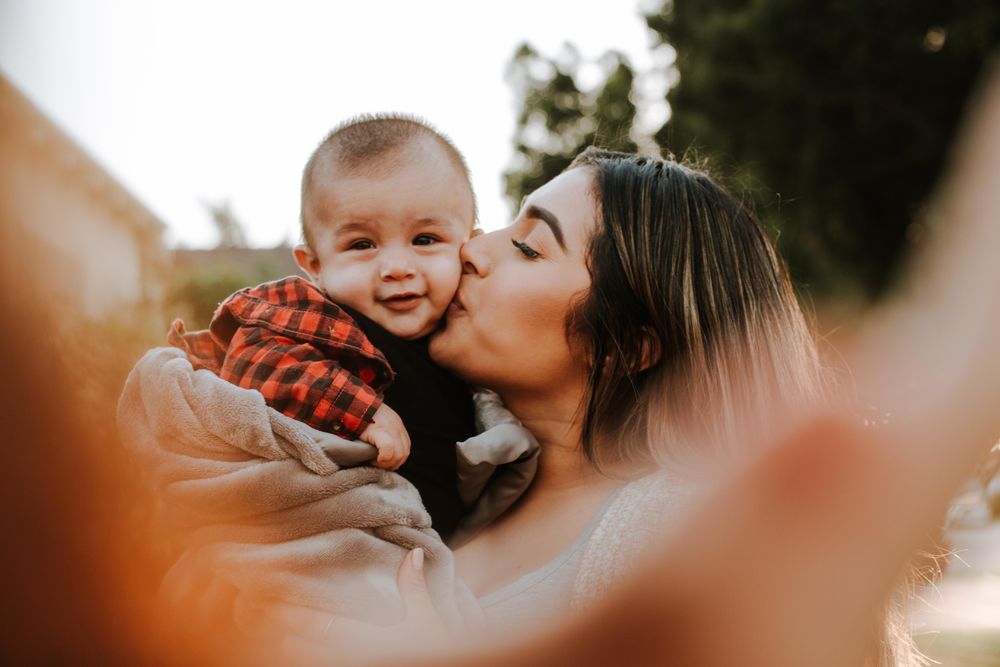 Ashley Audrain: "Social expectations about motherhood are a huge burden for women" 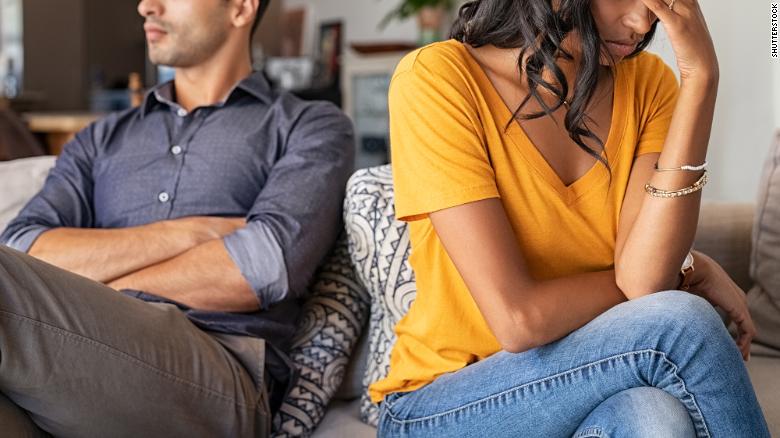 Tips for solving couple arguments in the new normal