The driver of the bus hung the Israeli flag - and Egged was fined; Michaeli: The report was given before I took office - Walla! news

The driver of the bus hung the Israeli flag - and Egged was fined;

Michaeli: The report was given before I took office

The Department of Transportation inspector fined the operator for the driver’s act under the clause prohibiting damage to the field of vision, despite his claim that he hung the flag on the bus ceiling.

"The flag is my life and my heart," the driver was furious in a video he uploaded to the Internet.

Transport Minister: "There is no directive prohibiting the hanging of flags, it is allowed in accordance with the safety guidelines"

In the video: Egged driver fined by Ministry of Transportation inspector for hanging a flag inside the bus (Walla system!)

Egged was fined because a driver working for the company hung the Israeli flag on the bus he was driving. In a video posted yesterday (Thursday) on social media, driver Mark Bernstein complained about the incident, "It's like tearing my heart out," he said. Transport Minister Merav Michaeli commented on the case and said that there is no directive prohibiting hanging flags on buses. Michaeli stressed that for the sake of safety, do not hang anything on the bus that blocks the driver's field of vision. "A directive that I fully stand behind, because the safety of the passengers and also the drivers is above all," she noted, adding that the fine was given before she took up her position in the Ministry of Transport.

The case in question began when an inspector from the Ministry of Transportation came up as part of an inspection of Bernstein's bus.

Noticing the flag, he reprimanded the driver and wrote him a report for violating Department of Transportation guidelines prohibiting the placement of any item that could damage the field of vision, or cause any distraction that would endanger the safety of the driver and passengers.

This is despite the fact that the driver claims to have hung the flag on the ceiling of the bus in a way that does not violate the instructions.

Following the incident, Bernstein published the video and wondered about the fine given to him.

"What happened in our country? We are not allowed to hang the Israeli flag?"

He said angrily and turned to Sarah Michaeli "Madam Minister you must rule in this saga. On the subject of flags, it is not possible for anyone to talk about them at all, this is our life and this is our heart."

He also noted that during Operation Wall Guard, two "Am Yisrael" stickers were affixed to the bus - and he was also required to remove them.

The Ministry of Transportation's directive stipulates that nothing should be blocked that blocks the driver's field of vision (Photo: Reuven Castro)

Bernstein told Walla! Because he enlisted in combat service as a lone soldier after being orphaned by his parents. He testified that he saw the hanging of the flag as an act of commemorating IDF casualties. Therefore, when he was instructed to lower the flag, his feeling was very difficult. Bernstein raised other issues that he wanted to express to the Ministry of Transportation. That the Department of Transportation will send its inspectors to see how drivers complete travel lines, with no resting place, with minimal sanitary conditions. They are forced to vacate the sides of the road and defecate in bins. We are drivers, but before that we are human beings, "he said.

According to several sources involved in the matter, it appears that in recent weeks there has been an increase in fines received by drivers. Some fines were given for family photos placed on the bus, and at least one fine. composition.

The Organization of Bus Drivers

in Israel from the Histadrut stated in response to the affair that "a bus is a government symbol and as such it is appropriate and mandatory to have the Israeli flag as long as it does not obscure the driver's field of vision. Bus drivers are always at the forefront of events Citizens of the State of Israel. "

The Ministry of Transportation

stated in response that "the Ministry of Transportation does not in any way fine the drivers who violate the guidelines but the public transport operators. The fine was given during the tenure of Minister Regev and long before Minister Michaeli took office. For guidelines for more than a decade, for safety and security reasons. Drivers and the general public of passengers have been instructed not to place any item, including flags, which could damage the field of vision, be reflected on the windshields, divert attention and cause any distraction that would endanger the safety of drivers and passengers.The Israeli flag is the flag of our beloved country. "It must be maintained. It must not be turned into a tool of political stumbling and must not be hung in a way that could endanger human lives in the public transport of us all."

The driver of the bus hung the Israeli flag - and Egged was fined; Michaeli: The report was given before I took office - Walla! news

Hit with stones, sticks and kicks: A resident of Acre is accused of lynching a Jew - Walla! news

The night after the clashes in Deir al-Assad: 11 residents arrested - Walla! news 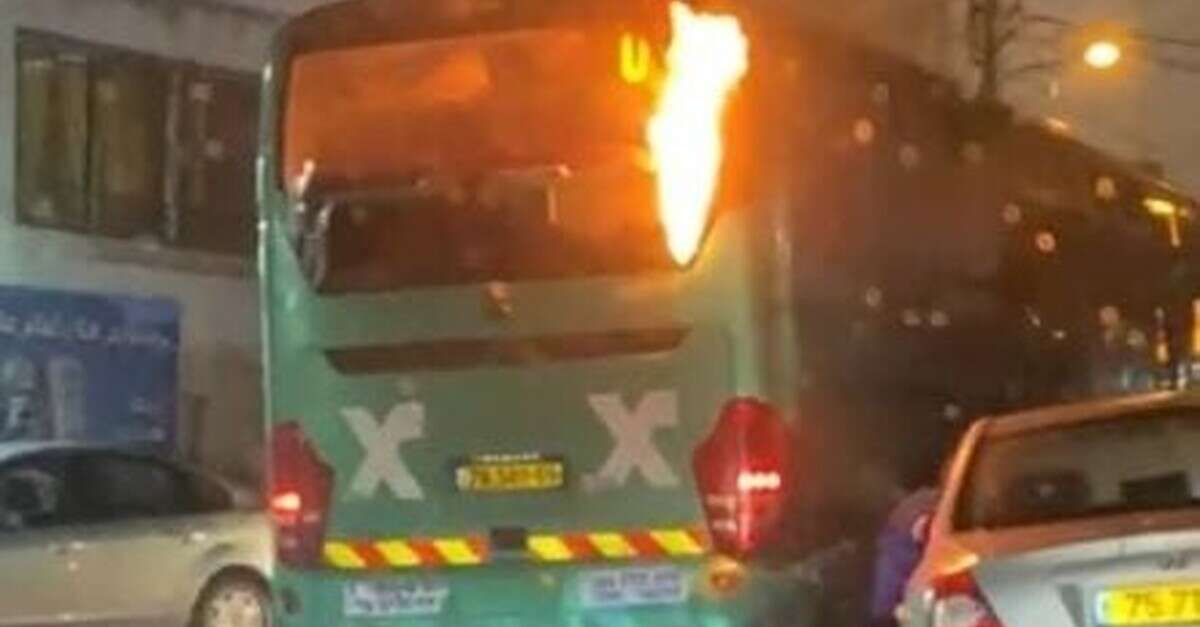 3 suspects arrested in the bus attack in Jerusalem | Israel today

Documentation: Get on the bus and attack the driver Israel today

The Israeli who circled the earth on a bicycle was seriously injured by a bus near his home - Walla! news