The shortage of cancer drugs for children in Mexico, a pending issue for more than 955 days

Parents have met with federal authorities to demand that the contracts that support the supply of medicines for their children be shared with them. 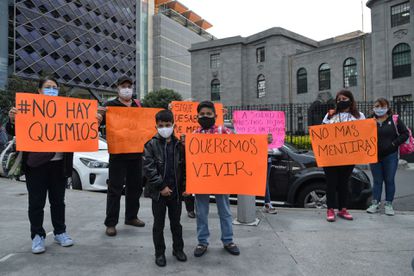 Relatives of children with cancer from various hospitals in the country demonstrated outside the facilities of the Ministry of Health, this Wednesday.Mario Jasso / Mario Jasso

The shortage of cancer drugs for children has once again led dozens of those affected to complain on the streets of Mexico City.

The president of Mexico, Andrés Manuel López Obrador, assured this Wednesday that this shortage problem is already being dealt with with UNOPS, the United Nations agency contracted by the federal government to purchase medicines, and that there will be a solution next week.

However, parents respond with skepticism to this new promise, their battle for more than 955 days before officials, in places and courts to guarantee treatments has not yet stopped the intermittent lack of thirty drug codes in public hospitals from the country.

"The problem is that the authorities do not provide a long-term solution to the problem, they only buy the medicine for the hospital that requires it at that time, but for a period of about 15 days," says Luis Fernando Reyes Guzmán, member of the National Movement for the Health of Parents of Children with Cancer. This 26-year-old father of the family points out that the problem of shortages in these drugs began at the end of 2018 and has worsened during the López Obrador government, among other reasons, due to changes in the purchase acquisition scheme of this Administration and by the effects of the coronavirus health crisis.

This group ensures that currently about 20 hospitals at the federal level and 15 state health centers register between 70 and 90% of shortages of chemotherapy drugs. The parents who are members of this movement affirm that there is a shortage of at least 39 key drugs to treat childhood cancer, a lag in the supply that is mainly primed in southeastern Mexico. According to their figures, this shortage has caused the death of 1,600 children in Mexico and has harmed the more than 19,000 child patients who are treated in public hospitals.

Faced with this scenario, those affected decided to protest for the third time in the streets surrounding the capital's International Airport and in the Ministry of Health this week. In addition, this afternoon about twenty parents have met with representatives of the Institute of Health for Wellbeing (Insabi) to find a solution. For just over two hours, the federal authorities assured them that the drugs to cover their children's treatments are already guaranteed. However, they avoided showing documents or purchase contracts as required by the parents. Upon leaving the federal offices, more than one expressed skepticism.

Hours before, during his usual morning conference, President Andrés Manuel López Obrador assured that the problem would be resolved next week. "A review is being made of everything that has been acquired, what we lack, with the UN, with UNOPS, and the entire health sector is working on this," he declared.

UNOPS is the United Nations agency that was contracted by this Administration to put order in the purchase of medicines. However, its management of the procurement of drug batches has left more doubts than certainties. Last May, the Secretary of Health, Jorge Alcocer, announced that 730 drug keys had already been purchased, but no further details were released about the keys purchased or what would happen to the rest that have not been tendered. The start of drug deliveries in the tender, scheduled for that month, has also had to be delayed.

In parallel to the doubts about the results of the tender, the federal government decreed this Monday an amendment to article 59 of the Procurement Law Regulations to facilitate purchases by direct award, mainly in the health sector. This reform endorses that the figure of simultaneous supply —which consists in that each item of a contract can be divided between two or more companies— can be used both in public tenders and in direct awards and invitations to at least three suppliers. In the preliminary draft of the reform presented to the National Commission for Regulatory Improvement (Conamer), the Ministry of Finance argued that this reform seeks to give greater flexibility to public entities to obtain the necessary assets for the performance of their functions.

Parents of children with cancer just want to know that the next time they go to the hospital their children will receive full treatment.

“As parents, we do not care where the government gets the drugs from as long as they deliver it in a timely manner.

If they are of quality and are on the government shelves it does not matter, that they buy it where they want, whatever, but that they are there.

The federal government wants to normalize the shortage of medicines for cancer patients ”, concludes Israel Rivas, father of a minor who suffered from leukemia and member of the National Movement for the Health of Parents of Children with Cancer.

The shortage of cancer drugs for children in Mexico, a pending issue for more than 955 days 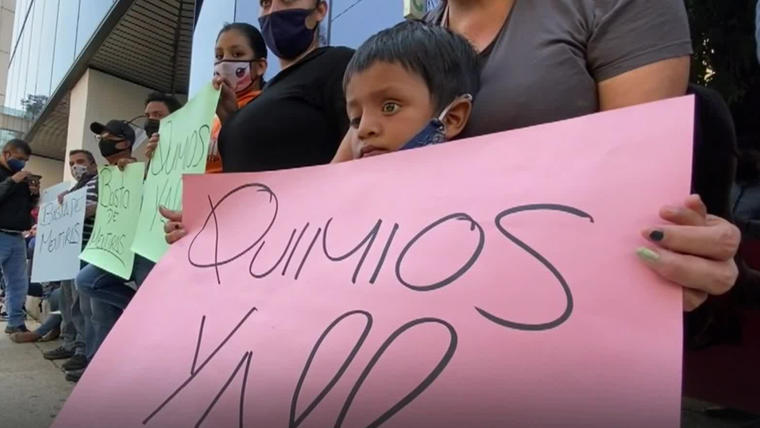 The shortage of medicines in Mexico: this is the life of those who live "counting pills" 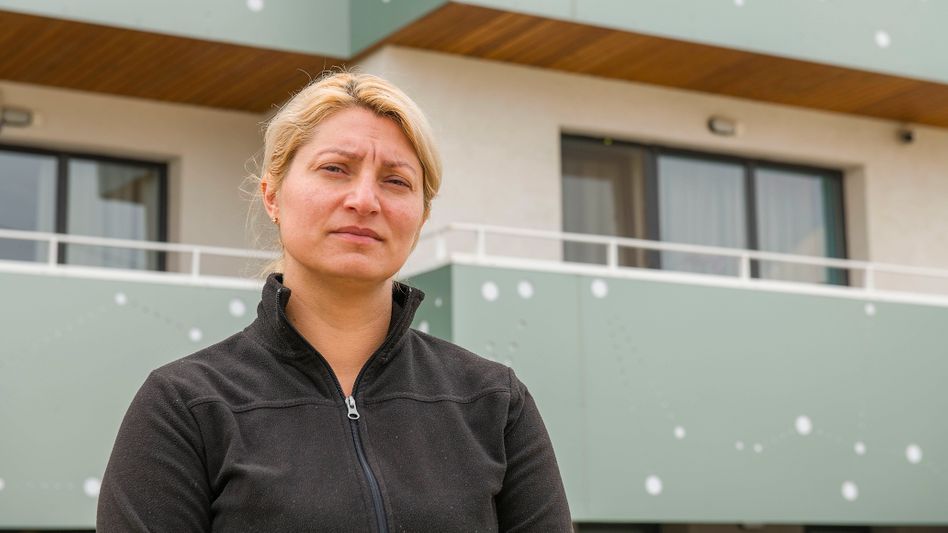 Romania: Lack of cancer drugs - and how those affected help each other 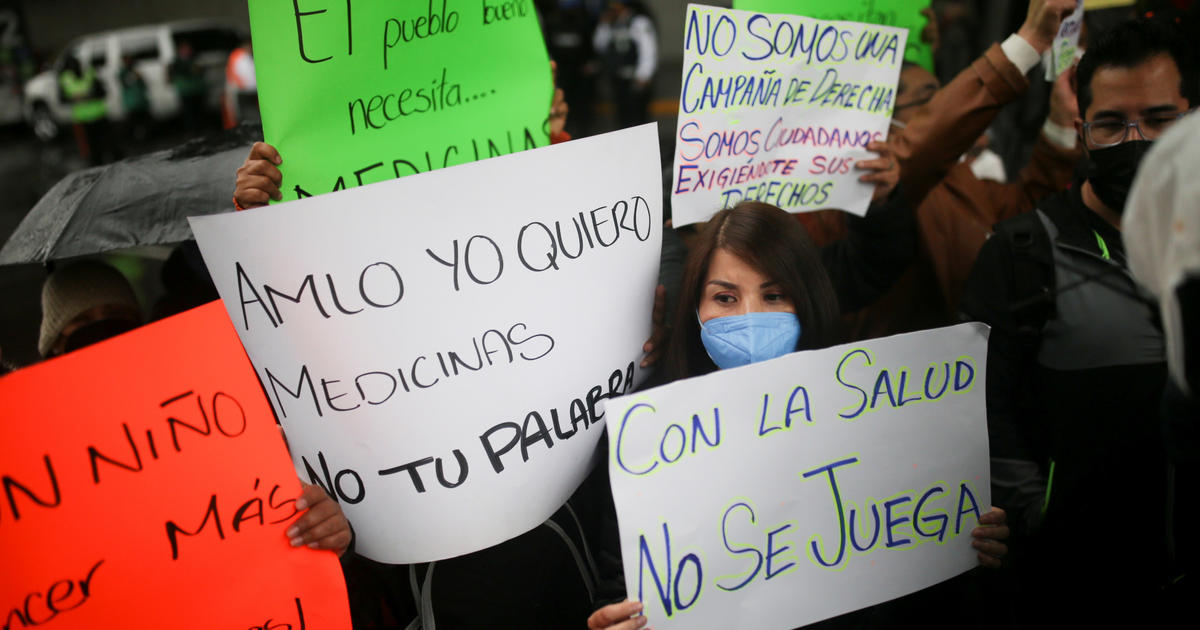 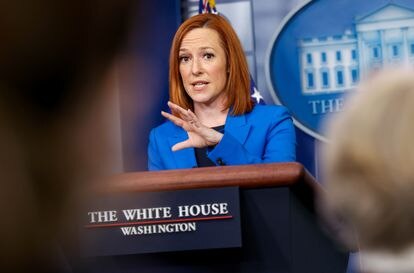 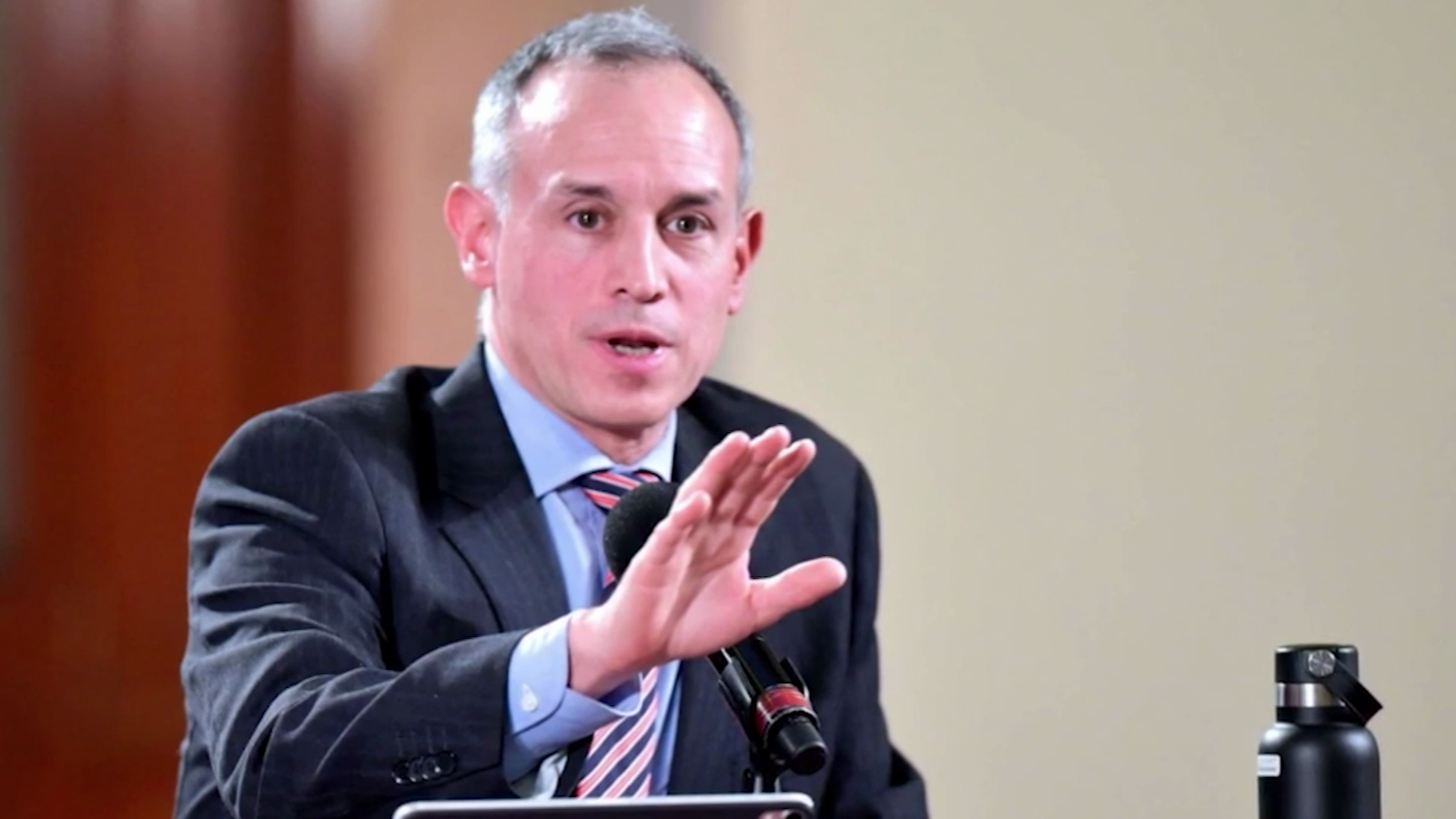 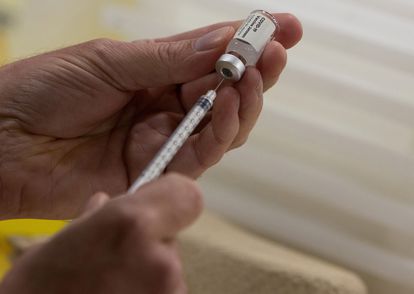 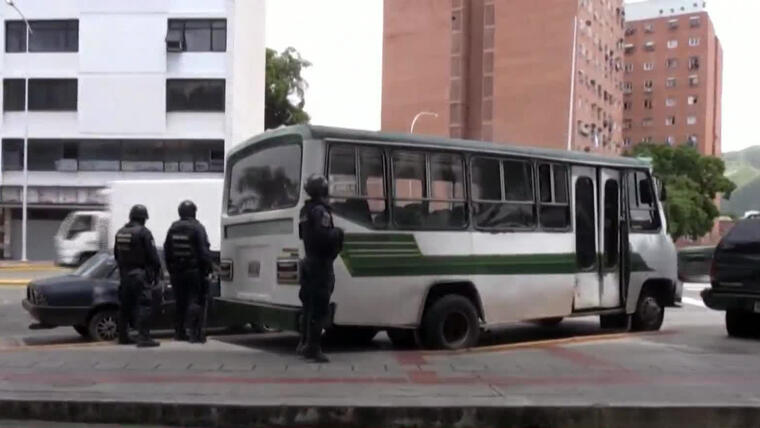 Axios Latino: How Cuba blew up the protests and other topics you should know this week 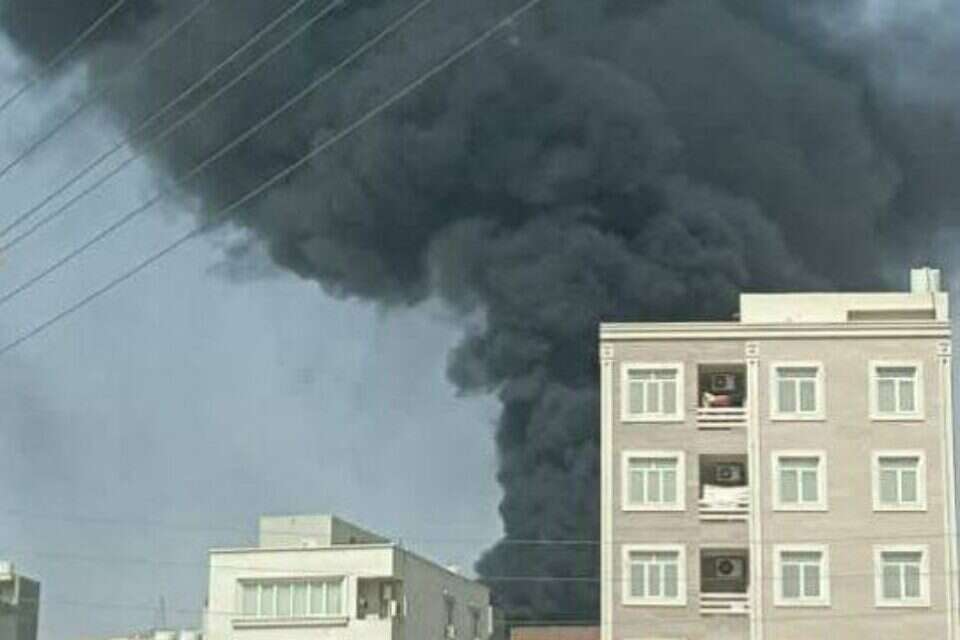 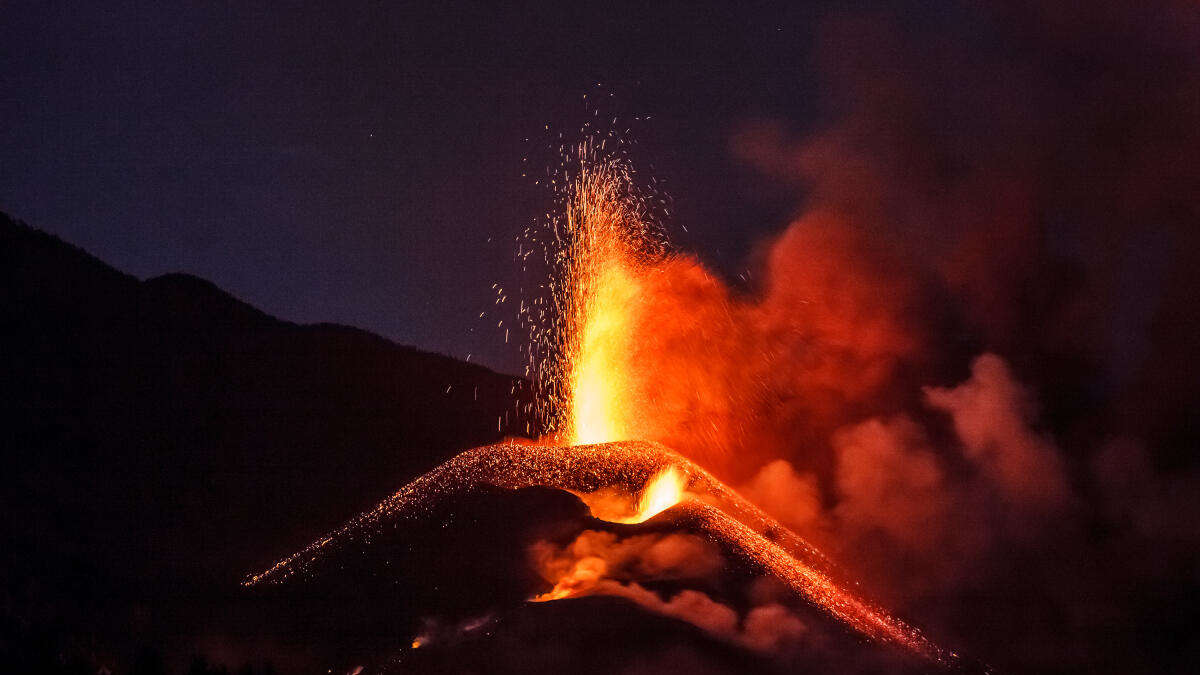 The army prevents a military convoy of the American occupation from entering the village of Damkhiya in the Hasaka countryside
2021-10-24T12:29:36.326Z

The Legislative Council comes to an end in the extraordinary period and rethinks the significance of democracy
2021-10-24T12:11:38.674Z

Hundreds of activists demonstrate in Jerusalem demanding that the charge against the psychologist Yuval Carmi be aggravated - Walla! news
2021-10-24T11:59:58.182Z