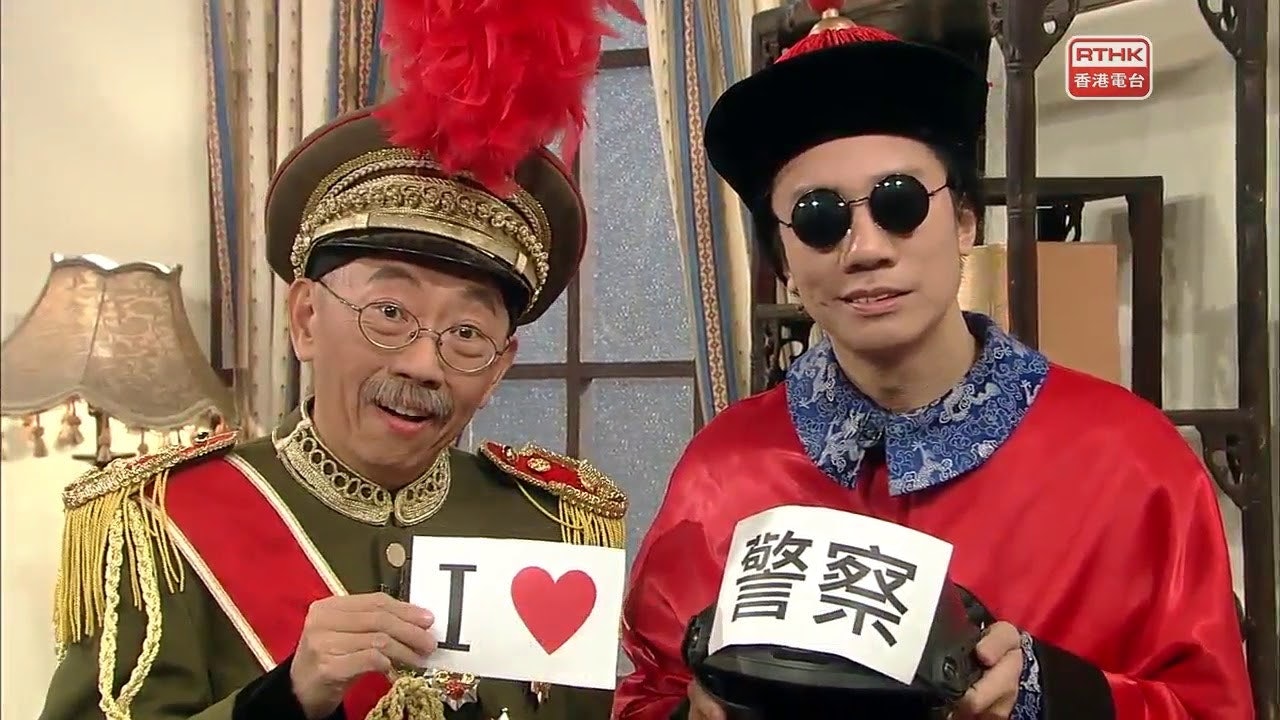 After Radio Hong Kong’s new Director of Broadcasting Li Baiquan took office, a number of programs were picked up. Today (18th), the 44-year-old host of the radio program "Crazy Show Happy" was suddenly dismissed, and his partner "Guihuatian" Chen Baoling was also dismissed. The same "fired".

Zeng Zhihao later posted on the social media page that he had left Hong Kong and Taiwan. "Unfortunately, there is no chance to officially say goodbye to the audience."

Tsang Chi-ho graduated from the School of Communication, Hong Kong Baptist University, and has since served as a program host for Radio Hong Kong. In 2006, he joined the TV show "Headline News" as a "little man", commenting on government policies with a humorous interpretation, and has a wide range of roles. Familiar with the audience.

The news stated that he was fired today. He posted on his Facebook page to announce, "Everyone, I have left Radio Hong Kong, but unfortunately I have no chance to say goodbye to the audience."

"Hong Kong 01" has inquired with RTHK, Tsang Chi-ho, and RTHK trade unions regarding this, and is waiting for a reply.

Headlines were dismissed and insulted by the police. The Communications Bureau said that the complaint was handled with consideration of social events in 2019

Hong Kong and Taiwan’s headlines were criticized and criticized the police union, saying that satirical programs with wrong standards should be more tolerated

Radio Hong Kong｜"Headline News" will be suspended for 31 years. Will there be a period after the abrupt end of its history? 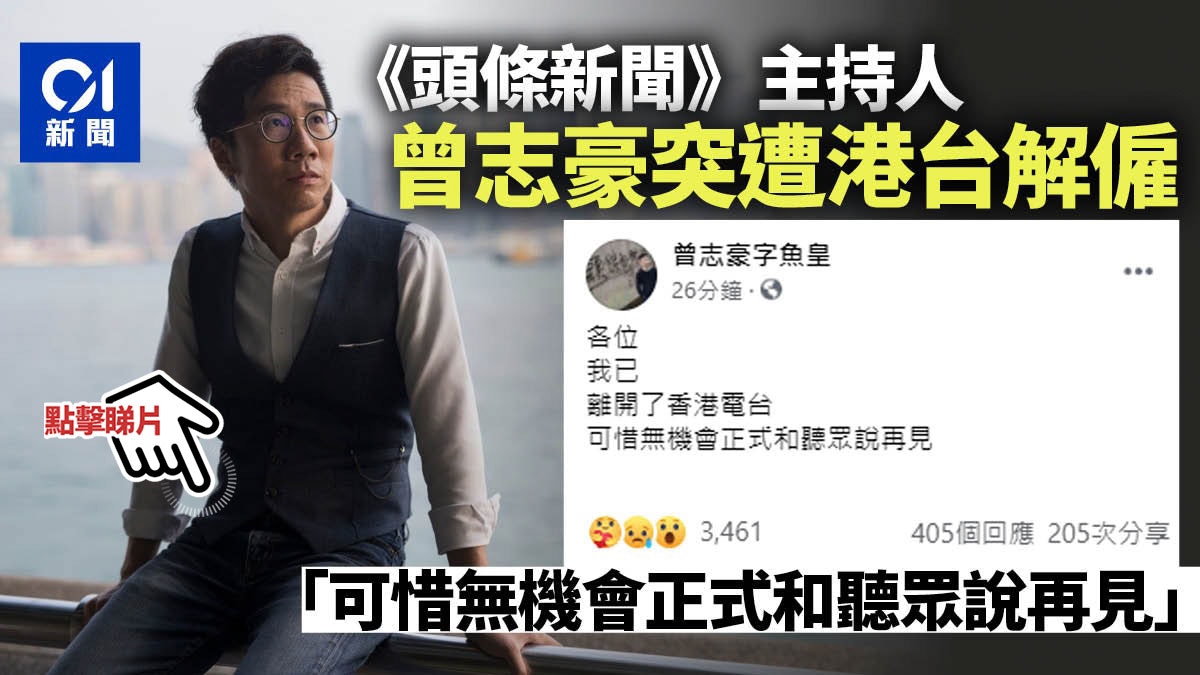 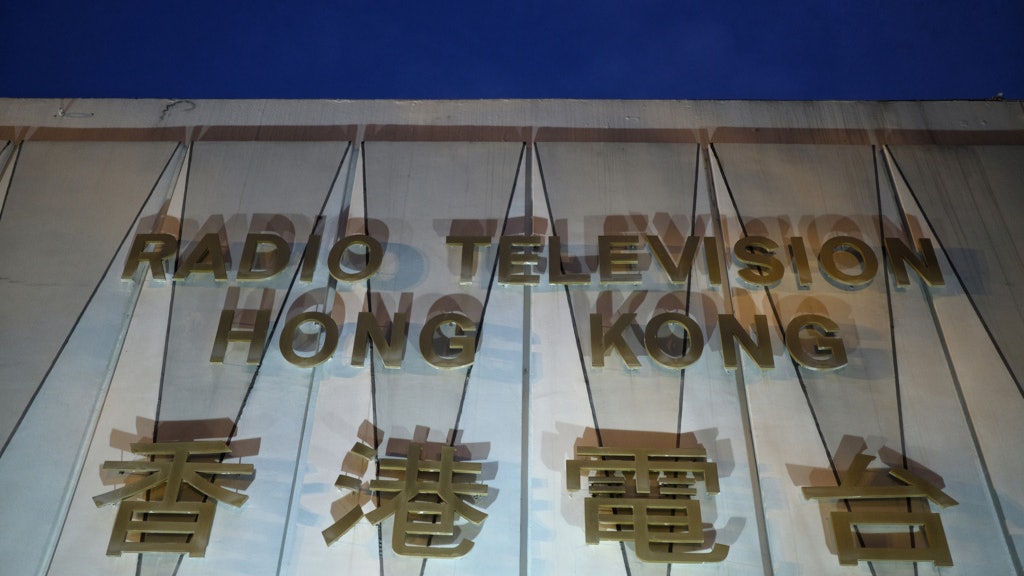 The production of "Five Nights Lecture" by Hong Kong and Taiwan was suspended again. "Viewpoint 31" disappeared on Tuesday's program schedule 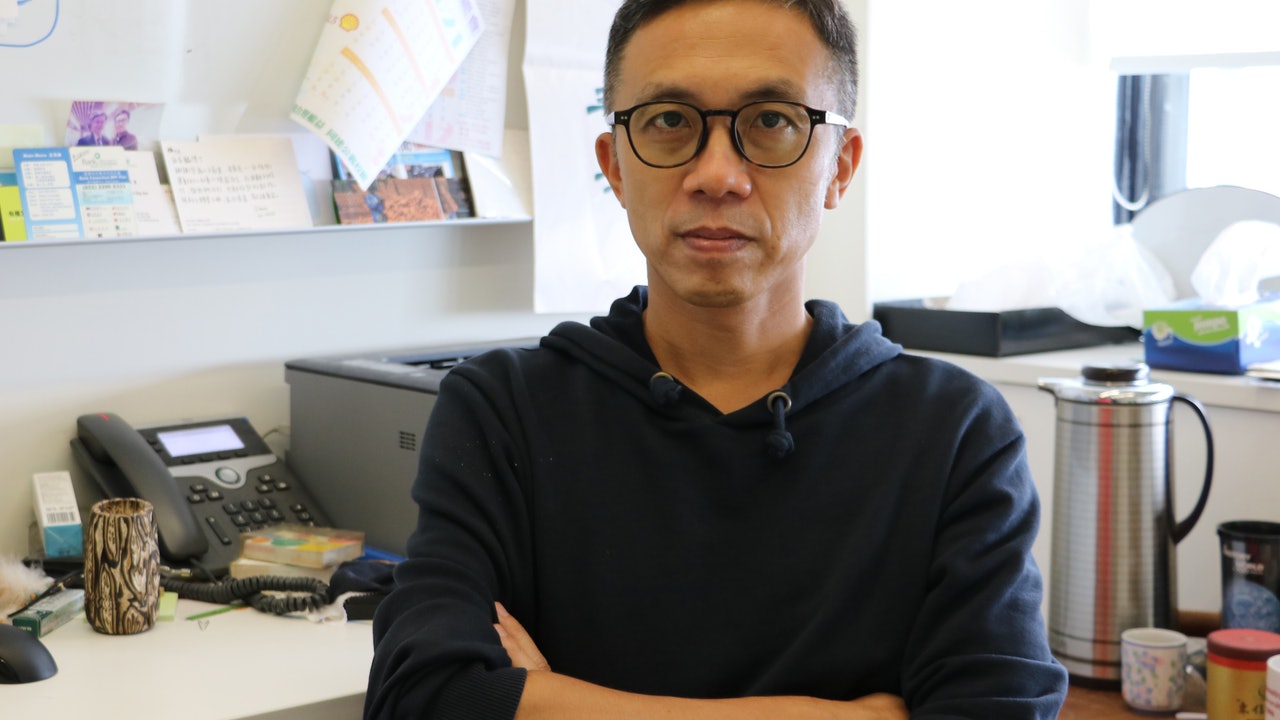 Ou Jialin suddenly accepts Hong Kong and Taiwan notice that today is the last night to host "Free Wind", choking away from the audience

Ou Jialin received the notice to host "Free Wind" on the last night, choked up, don’t listen to the audience, Hong Kong and Taiwan: No comment 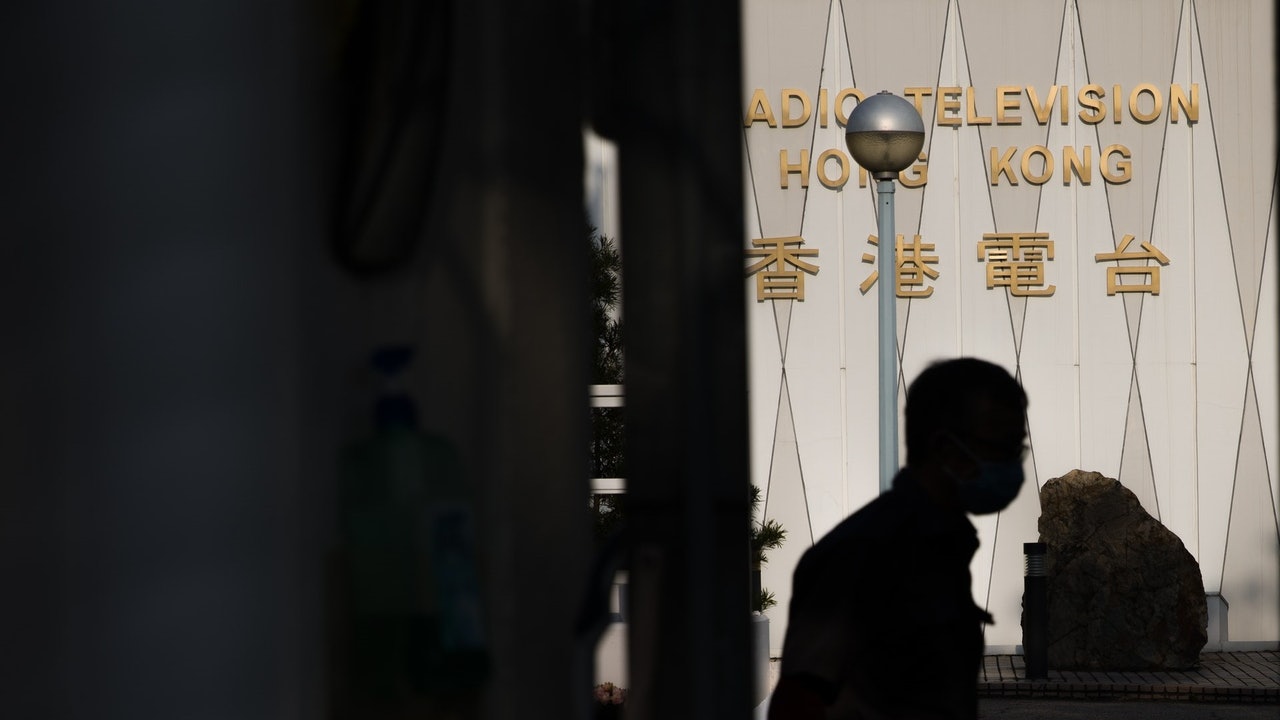 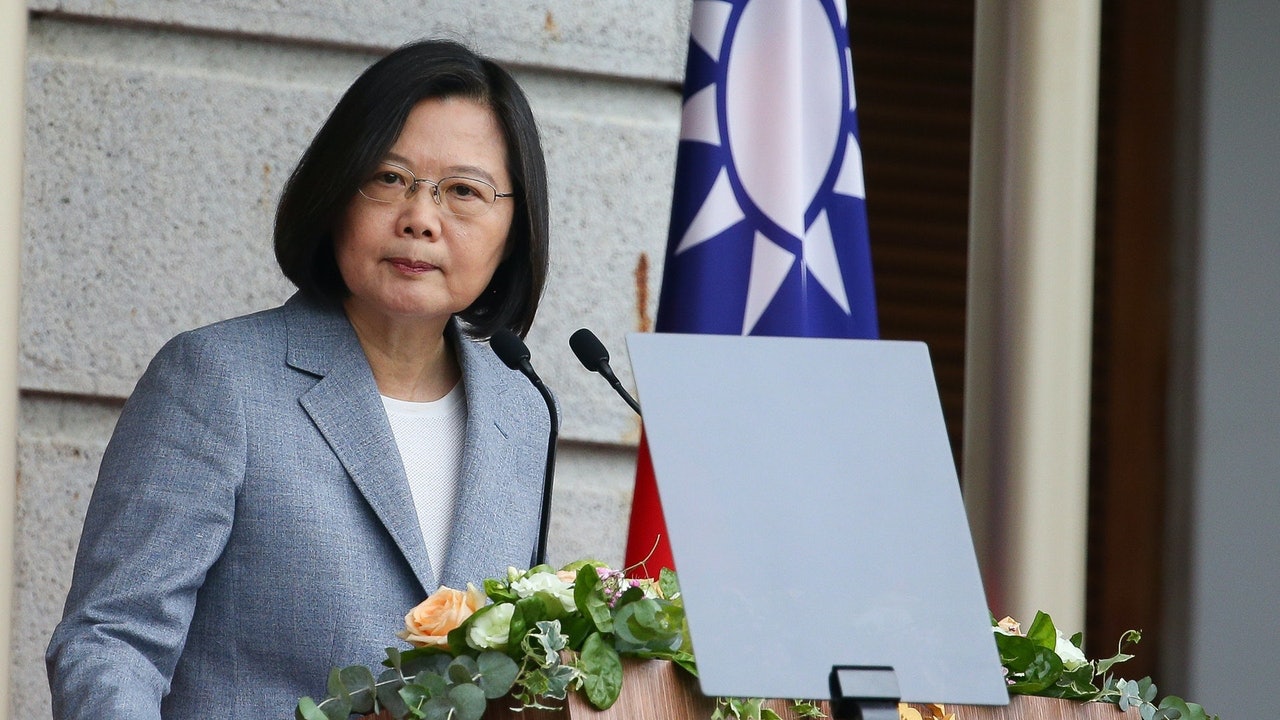 Hong Kong and Taiwan claim that Tsai Ing-wen’s "President" violates No. 1 China? Qiu Tenghua: Adhere to the professional standards of journalism in wording 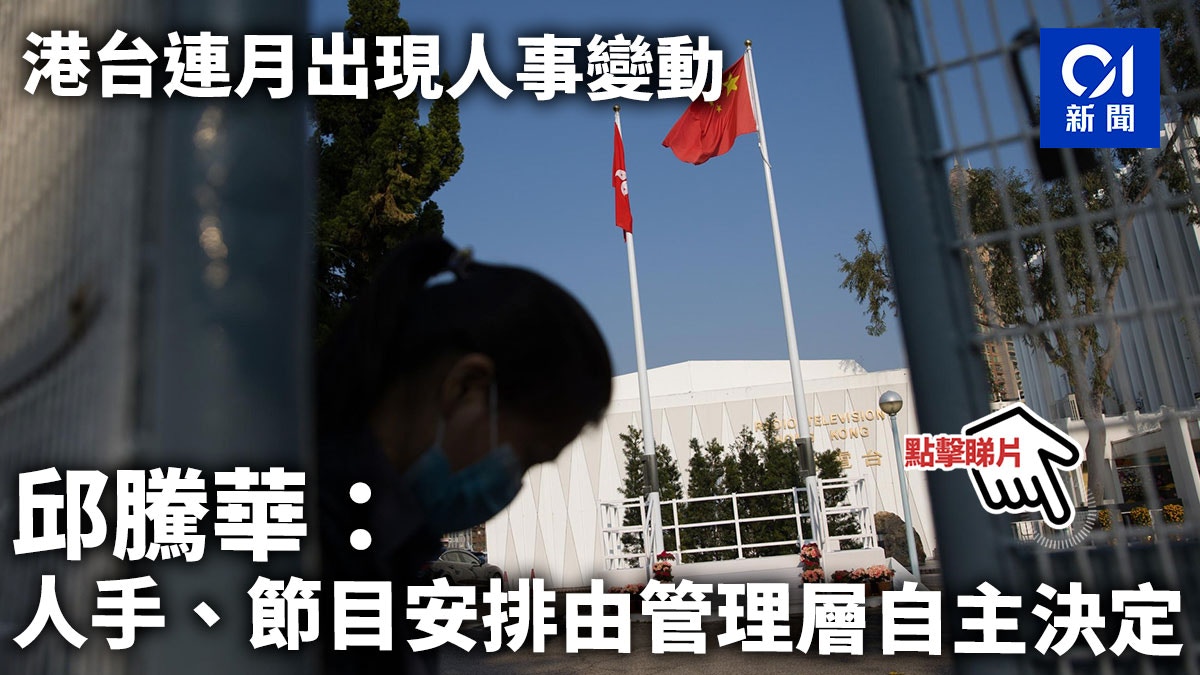 There have been personnel changes in Hong Kong and Taiwan for several months. Qiu Tenghua: The management of manpower and program arrangements are independently decided by the management