Dangerous heat: Because it is way too hot today - DWD with double warning for Bavaria

As in the past few days, it will be very hot in the Free State on Friday. The heat becomes a real burden. The first storms approached in the afternoon. 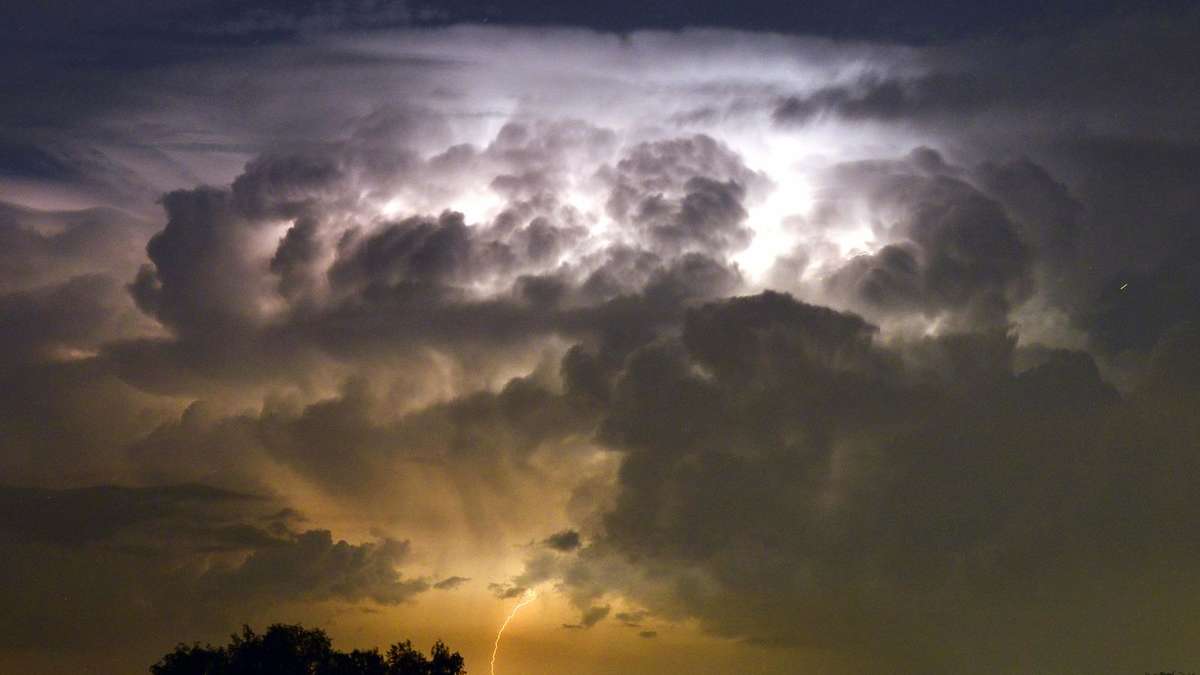 As in the past few days, it will be very hot in the Free State on Friday.

The heat becomes a real burden.

The first storms approached in the afternoon.

- It remains very hot in the Free State.

In the past few days, the temperature scales in Bavaria have shown values ​​above 30 degrees almost everywhere.

After the rainy spring, with no real peak days, a welcome change at first, but the constant heat also affects many people.

Now the German Weather Service has issued a warning for the Free State, because values ​​between 29 degrees in the foothills of the Alps and 36 degrees in parts of Lower Franconia will again be reached today.

The DWD warns of increased heat exposure and advises all people, if not absolutely necessary, not to spend the hottest hours of the day outside and not to expose themselves to direct sunlight. This particularly affects children, the elderly and people with other stressors such as illness or pregnancy. In addition, the heat leads to an increased risk of forest fires up to and including Sunday, especially in northern and eastern Bavaria.

Literally it says on the side of the weather service among other things:

"Up to a height of 600 meters a strong heat load is expected".

In the case of Munich, this means in concrete terms: "Due to the reduced nightly cooling, additional pollution is to be expected, especially in the densely built-up urban area of ​​Munich." The warning applies above all on Friday between 11 am and 7 pm.

• Do not go into direct sun • Do not go outside during the hottest time (afternoon).

• Postpone outdoor physical activity to the early hours of the morning.

• Take a cool shower or bath.

• Only ventilate when it is cooler outside than inside.

• Avoid direct sunlight into the rooms during the day

From Friday afternoon until Saturday night, individual heat thunderstorms tend to occur on the edge of the Alps, with a lower probability also in Swabia and in western Franconia.

Heavy rain with amounts of up to 25 liters per square meter is possible in a short time.

In addition, there is hail with grain sizes of up to 2 centimeters and squalls of around 80 km / h.

Severe weather-like developments with heavy rain of up to 35 liters per square meter in a short period of time and heavy gusts of up to 100 km / h cannot be ruled out.

The temperatures drop to 21 to 14 degrees before it gets very hot again on Saturday, at up to 34 degrees.

The DWD's warning is expected to continue until at least Sunday. Dangerous heat: Because it is way too hot today - DWD with double warning for Bavaria