The West Kowloon West Kowloon Authority held a board meeting today (18th). It is expected to announce the appointment of senior personnel. After global recruitment and selection, Feng Cheng Shuyi will be appointed as the new chief executive officer.

It is understood that Feng Cheng Shuyi has resigned from the government. If calculated according to the directorate "cold river period" procedure, Feng Cheng Shuyi has a good chance to "return" to the West Kowloon region in early December and is expected to rush and preside over the opening of the M+ Museum. Positive" date may be adjusted again.

West Kowloon’s board chairman Tang Yingnian stated that more than 100 people participated in the selection period and believed that Feng Cheng Shuyi was the best candidate for the chief executive officer and the term would be three years.

Feng Cheng Shuyi will "sit in full" as the Chief Executive Officer of West Kowloon from October 15.

Feng Cheng Shuyi pointed out that West Kowloon is the government's largest cultural investment. If it develops smoothly, West Kowloon will become a cultural and artistic hub.

Tang Yingnian announced the appointment of Feng Cheng Shuyi after the board meeting.

He said that West Kowloon is moving from construction to operation, and Feng Cheng Shuyi's rich past experience has helped the development of West Kowloon.

The M+ Museum and the Palace Museum will be opened. I believe Mrs. Feng’s past experience can be used as the chief executive officer.

Feng Cheng Shuyi will return to the West Kowloon Administration Bureau again on October 15 for a three-year term.

Suk-yee Fung said that she knows that the future challenges will be great. Although she had experience in obtaining funding from the Legislative Council when she served in the Home Affairs Bureau in the past, she felt more deeply when she served as the acting chief executive officer of West Kowloon in the past six months.

She pointed out that West Kowloon is the government's largest cultural investment. If it develops smoothly, West Kowloon will become a cultural and artistic hub.

She described West Kowloon as a rare integrated art and cultural area in the world, with Chinese and Western art, the Forbidden City culture, and the beautiful scenery of Victoria Harbour.

If West Kowloon becomes a flagship project, it is expected to develop into a hub for regional and even global cultural exchanges.

Feng also pointed out that he has applied to the authorities to go to work in West Kowloon on October 15 and is currently taking leave before retirement. As the new position is a non-commercial organization, the 12-month "cold period" may be exempted as required by the Civil Service Bureau.

She laughed and said that she had planned to retire. When she joined a civil servant, her retirement age was 55 years old. Now she will postpone her retirement plan.

She continued that although West Kowloon’s cultural and artistic facilities will lose money, other projects and revenue from retail catering businesses can subsidize the development.

As for the former chief executive, Zhigao, who resigned one year earlier than the original contract, Tang Yingnian said that the relevant resignation arrangements have been processed in accordance with the contract.

Tang continued that during the global recruitment period, he was pleased that more than 100 applicants participated. After several rounds of selection, Mrs. Feng was considered the best candidate because she held a number of important positions related to the West Kowloon Cultural District during her work in the government. Particularly during his tenure as the Permanent Secretary of the Home Affairs Bureau, he participated in the work of the WKCD Board of Directors.

Tang pointed out that Feng Tai was well-rounded and talented, and believed that he was capable and competent.

But West Kowloon does not comment on the rumor that it will hire former political assistant Wu Jingjun.

M+ will open at the end of this year, and preparations are in full swing.

Feng Cheng Shuyi completed her six-month acting role on the 7th of this month. On the same day, she sent a letter "Farewell" to West Kowloon. At that time, the post of CEO was still not announced as a successor, but the subject of the letter had long been "mysterious", with "Au Revoir" (French meaning "goodbye") is the title, with puns.

The West Kowloon Cultural District has published a CEO recruitment advertisement several months ago, which states that candidates must have at least 15 years of senior management qualifications in strategic development, financial planning, etc., and those with artistic background and cultural environment work experience are preferred , And need to have an international perspective, including understanding "the dynamics, politics and challenges of Hong Kong and the Asian environment."

It is understood that Feng Cheng Shuyi has resigned from the government at the beginning of this month. According to his rank, the "cold river period" is 3 years, but he can apply for an exemption from the Civil Service Bureau, which can be shortened to half a year before he can take up outside work.

The M+ Museum, which coincides with one of the highlights of the West Kowloon Region, will open in December this year. It is believed that Feng Cheng Shuyi will have taken up her new role by then and will be able to host the ribbon-cutting and a series of opening programs in time.

▼M+ Museum will open this year▼

Before Feng Cheng Shuyi left the government, the former director of the Policy Innovation and Coordination Office was the most senior D8 administrative officer.

She served as the Director of the Leisure and Cultural Services Department, and served as the Permanent Secretary of the Home Affairs Bureau from 14 to 18 years. During this period, she had "quite a relationship" with the West Kowloon Cultural District and assisted the then Chief Secretary for Administration and the Board of Directors of the West Kowloon Cultural District Authority. The chairman, Carrie Lam, dealt with the sudden decision to build the Palace Museum and kicked out the Grand Theatre in West Kowloon, including serving as a member of the "five-member core group" to study and plan the formation of the Hong Kong Palace Museum in a confidential manner.

In response to the enquiry of "Hong Kong 01", the Civil Service Bureau stated that Feng Cheng Shuyi had notified the authorities in accordance with the established mechanism to cease government duties on June 8 and was taking pre-retirement leave.

The spokesman also pointed out that directorate civil servants who wish to engage in outside work after leaving their posts must submit an application to the Civil Service Bureau in accordance with the established mechanism.

Before Feng Cheng Shuyi acted as the CEO of West Kowloon, she served as the Director of the Policy Innovation and Coordination Office in the government.

The Palace Museum will open in the middle of next year. Beijing borrows 880 exhibits. West Kowloon will launch a bicycle Busking in July. 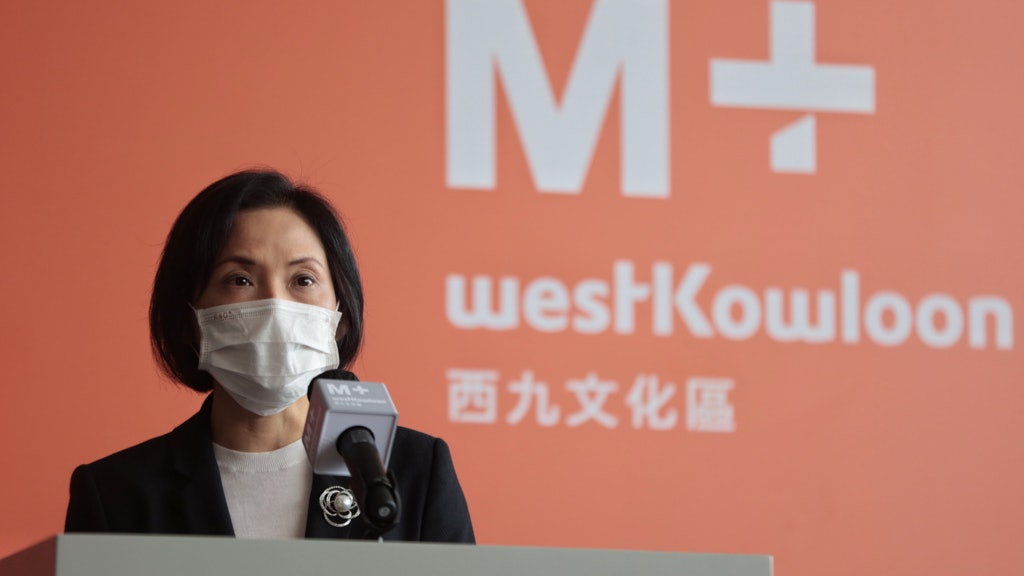 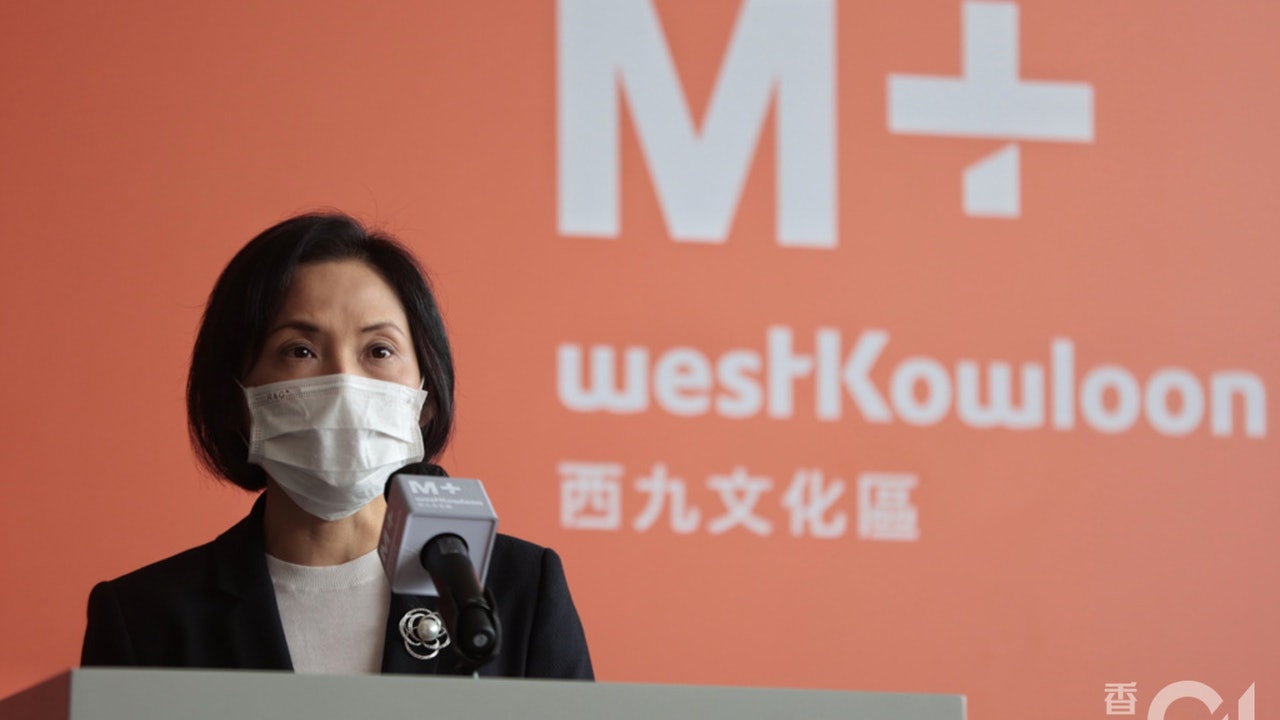 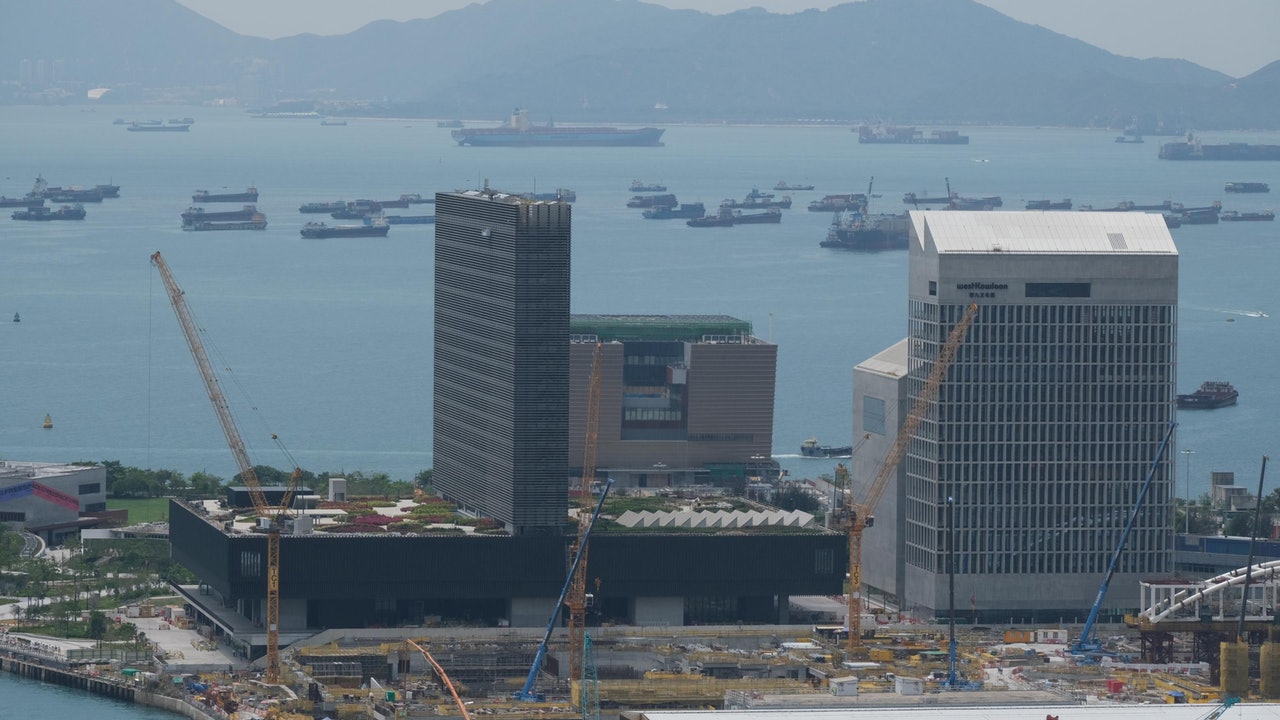 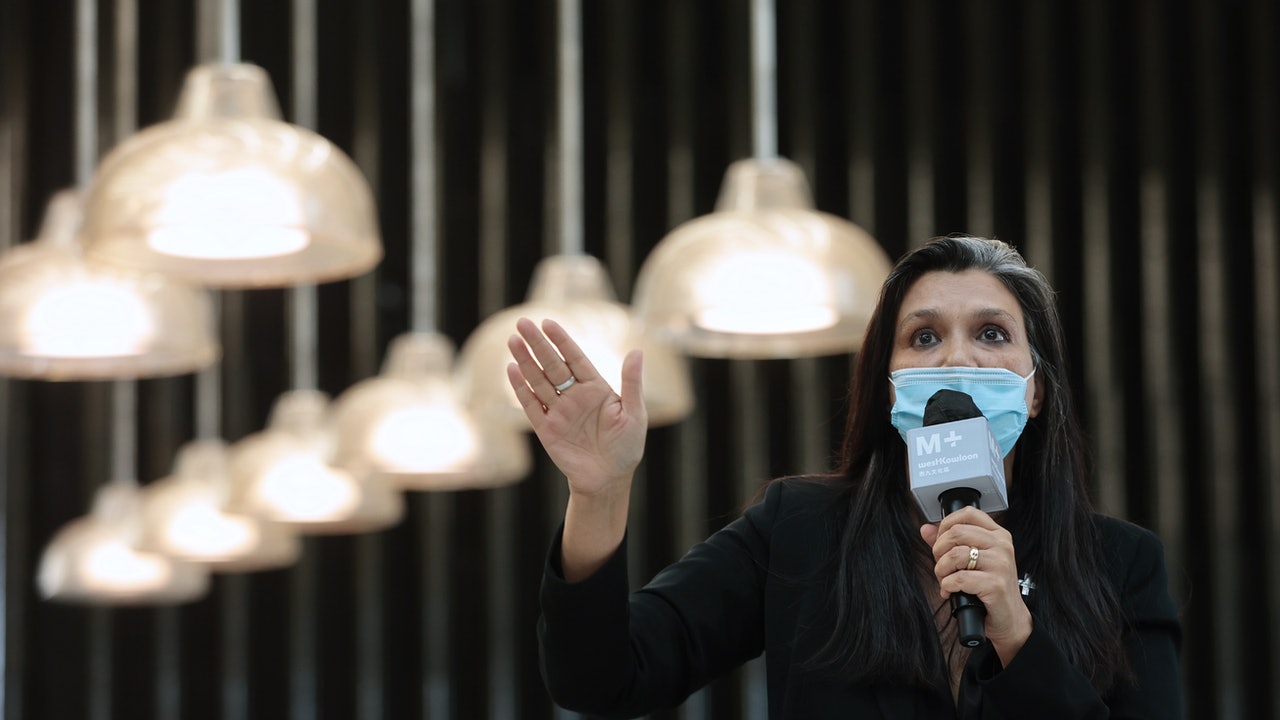 West Kowloon M+ opens at the end of the year, Ai Weiwei, June 4th theme exhibits can be renewed? Curator: No problem