Homs, SANA- With national efforts and expertise, the cadres of the Ministry of Oil and Mineral Resources rehabilitated the phosphate drying plant in Minaj. With national efforts and expertise, the cadres of the Ministry of Oil and Mineral Resources rehabilitated the phosphate drying plant in the Khneifis mines in the Palmyra desert and took off on a trial run with a production capacity of 650,000 tons annually.

The factory, which was systematically sabotaged by terrorists, consists of a concentration unit, two dryers to dry phosphates, attached warehouses for storing phosphates, and a special weighted loading unit to load the train that transports phosphates to Tartous port with a capacity of 5,000 tons per day.

During a tour by the Minister of Oil and Mineral Resources, Eng. Bassam Tohme, to the phosphate plants in Palmyra to follow up the rehabilitation work there, the Director General of the General Organization for Geology and Mineral Resources, Eng. Samir al-Assad, indicated that the trial launch took place after the completion of the rehabilitation phase of the plant, which was previously completely destroyed and rebuilt again. It is intended for production

The director of the General Corporation for Geology praised the workers’ efforts in rehabilitating the plant, “as they proved that, despite the economic blockade, they are able to rebuild what was destroyed by terrorism, especially since the rate of destruction of the plant was very large.”

He indicated that phosphates are currently being invested from two surface mines, Al-Sharqiya and Khneifis, which are located to the southwest of Palmyra, at a distance of 45 and 65 km, respectively. In the manufacture of phosphate fertilizers, “Homs Fertilizer Factory”, and the bulk of it is exported to several countries via the railway that connects the mines to the port of Tartous.

He also confirmed that the phosphate is transported to Tartous port by train and trucks, as there are 22 production silos at Tartous port to collect and store phosphate, which are then transported by ships to the countries that charter the material.

The engineer, Talib Khaddour, director of Khenifis phosphate mines, pointed out that there are two phosphate units in Khenifis, namely the concentration unit and the drying unit, which was sabotaged by terrorism. The work was done with full national expertise.

And he indicated that the rehabilitation works in Khneifis included the restoration of the entire factory, dryers, and fluids transported to the loading unit through which the produced phosphate is transported via trains or machinery to Tartous port.

Engineer Younis Ramadan, General Manager of the General Company for Phosphates and Mines, praised the great efforts made by workers in the rehabilitation of factories that were affected by terrorism, as this factory was completely rebuilt with national expertise.

Ibrahim Al-Saleh, who is supervising the implementation of the project, pointed out that the work included general maintenance and consolidation of what was destroyed due to terrorist attacks, to reach a very advanced stage of phosphate drying.

In turn, a number of workers affirmed that the strenuous efforts they made to rehabilitate the plant in order to launch production came in their belief in the importance of this strategic sector in supporting the national economy. Including a factory for the production of sugar with a capacity of one million tons annually .. The entry of new facilities into production in Hassia Industrial Area With local expertise ... repairing the electrical transformer in the smelting plant of Hama Steel Company 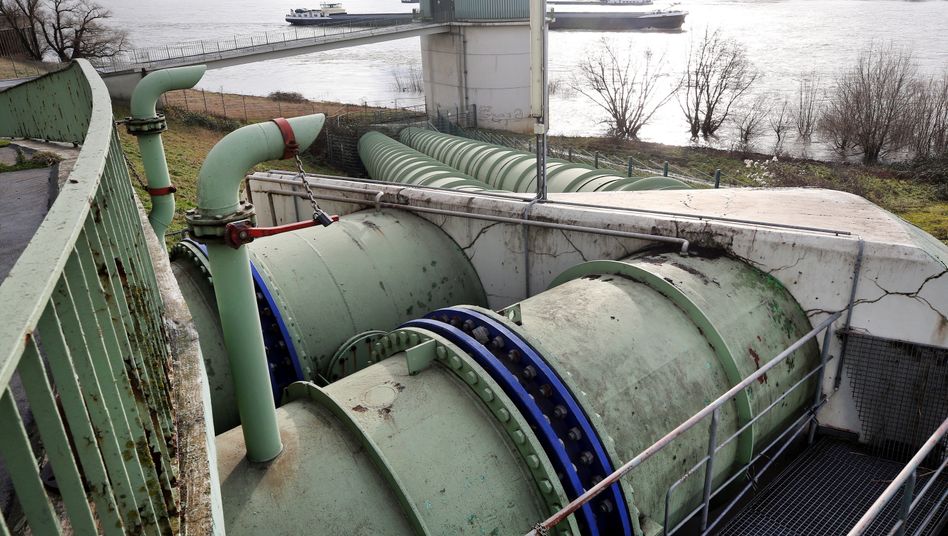 How researchers want to extract lithium from mining pit water