Rewe store is being replaced by a new building

The Rewe supermarket and the adjoining company building on Friedenstrasse are to be demolished and replaced by a new building. An initial preliminary inquiry from the client was assessed as consistently positive by the city. The Rewe supermarket and the adjoining company building on Friedenstrasse are to be demolished and replaced by a new building.

An initial preliminary inquiry from the client was assessed as consistently positive by the city.

- The Rewe store on Friedenstrasse was only reopened last September after a lengthy renovation phase. Now the complete demolition and a subsequent new building is apparently imminent. The owner has submitted a corresponding application to the city and above all wanted to clarify the details. Among other things, it was about slightly exceeding the building height and the number of floors and floor space (GFZ and GRZ).

From the point of view of the building authority, all questions could be answered positively.

Even after future use.

In addition to the supermarket, the new building includes an independent bakery in the northern area directly on Friedenstrasse.

On the first and second floors of the new building, offices are planned in the northern area and apartments in the southern area.

Another floor with offices is added to the north.

The members of the planning and construction committee consistently approved the plans presented.

Above all, the fact that a supermarket is planned was welcomed.

That is important for this area of ​​Germering.

According to Franz Senninger (CSU), the future building blends in well with its surroundings - the current state is not a gem.

Daniel Liebetruth (SPD) also saw it that way, but criticized the high proportion of office space.

He doubts whether the city could still need so much office space, especially in view of the development since Corona.

City architect Jürgen Thum stated, however, that this was not possible any other way.

It is a mixed area in which a mix of apartments and office use is required.

With such mixed uses, the aim is to keep residential areas alive in a very targeted manner.

Gerhard Blahusch (Greens) pleaded for the existing trees on Riesstrasse to be preserved.

Otherwise he criticized the planned bicycle cellar as unfavorable.

Rewe store is being replaced by a new building 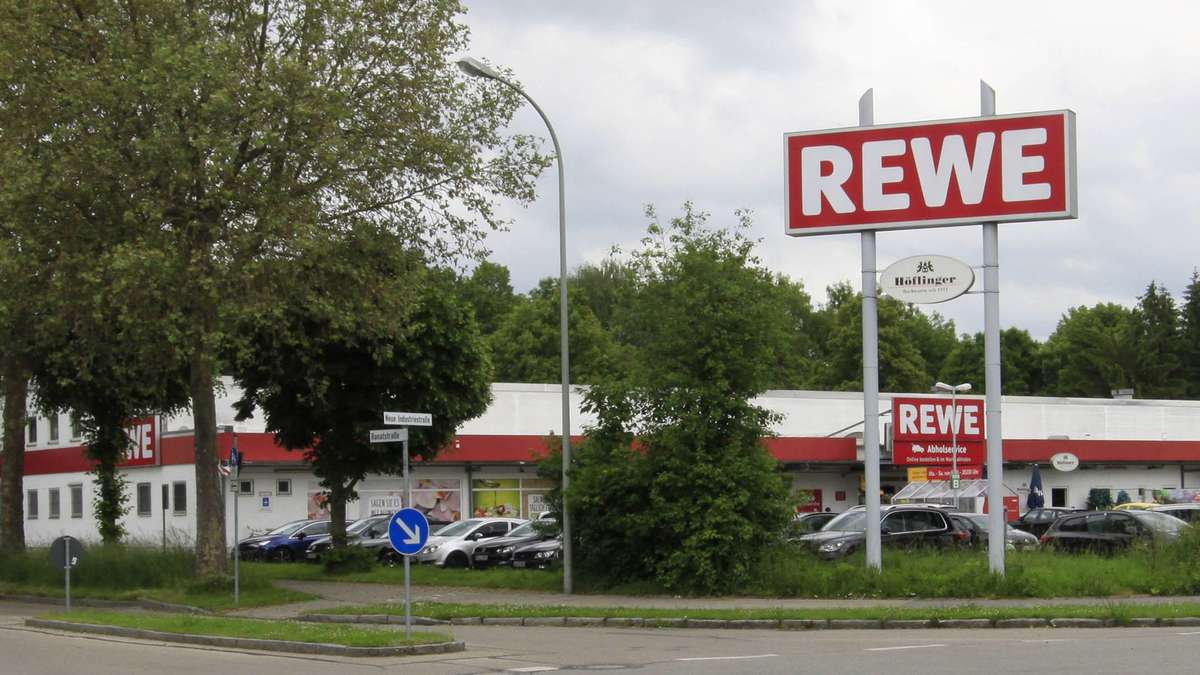 Big plans for Rewe location in Moosburg: What is important now - and who is still trembling