Salad needs to be defended from snails

When gardening on the Sonnenacker, joy and frustration are closely related. While Simone Frey was able to proudly harvest the first heads of lettuce, she and her farm neighbors complain about a snail plague. The Gartler is also concerned with the fight against weeds. When gardening on the Sonnenacker, joy and frustration are closely related.

While Simone Frey was able to proudly harvest the first heads of lettuce, she and her farm neighbors complain about a snail plague.

The Gartler is also concerned with the fight against weeds.

"The biggest advantage of the Sonnenacker compared to the garden at home is actually that you hardly have to struggle with snails," says Simone Frey.

But the small, black nudibranchs are a nuisance this year - although the Freys have their bifang well protected in a central location.

Is it the humid weather that the snails really like?

"Perhaps also the fact that there was no plowing before winter and the snail eggs were protected from frost and predators," puzzles the experienced gardener.

She collected the animals and released them far away from the sun field.

But with that the masses of voracious snails can hardly be mastered.

The snails prefer to crouch under the salad during the day, which is why Simone Frey often comes early in the morning to catch them better.

They also like to withdraw under the fleece with which Frey covered part of their seeds and seedlings this year.

An experiment that was supposed to show whether the greenery grows better underneath.

"The plants that were covered have actually developed better, especially in view of the cold nights in May," says the sun cat.

A major disadvantage, however, is that you always have to remove the fleece before pouring.

While the cabbage flies are kept away from the vegetables by the fleece, the cover attracts the ants, who undisturbed gather the sown seeds into small piles underneath.

"For me, the disadvantages with the fleece outweigh the rest, so I won't pursue this any further."

Finally, there is also a very decisive disadvantage: not only do the seedlings thrive, the weeds also sprout hidden under the fleece.

And the weeds are the second great battle that some Sonnenacker neighbors have obviously already lost.

"The time around Whitsun is always crucial, you can't afford to go on vacation for a week or two," says Frey, who brushes around her Bifang every day even in heavy rain.

“People who return from vacation usually clap their hands over their heads in horror at the sight of their strip of land,” observes Simone Frey every year.

Because the weeds grow faster than the seedlings and the seeds.

Those who have hit a verge or a stretch that was not built on in the past year are particularly hard hit.

Weeding a little bit of weeds every day is Simone Frey's patent recipe.

The sons Veit and Ignaz, as well as daughter Ida, also help with this with varying degrees of enthusiasm and pocket money incentives.

A further complicating factor is that eight to ten different little plants grow on one square meter in Freyschen Acker - distinguishing them from weeds is quite a challenge.

Whereby the term “weeds” is defined differently by Simone Frey.

For example, she says: "Giersch is a wonderful vegetable that you can eat like spinach."

Peppermint, on the other hand, is generally outlawed and therefore mercilessly pulled out. With the Jerusalem artichoke (a yellow blooming, potato-like root vegetable) there is even a cultivation ban on peppermint due to proliferating runners. "If our mother is not there, weeding can go wrong," admits Veit Frey, "because two years ago, in the heat of the moment, we also plucked the chard."

The business administration student particularly appreciates his mother's horticultural work when he can take some fresh vegetables (“I cook everything except cauliflower”) and salad to his student apartment in Augsburg after the weekend.

The first salad, which was already on the table at the Freys at the end of May, with radishes and a few fresh herbs like French cabbage definitely make up for back pain, snail frustration and weed rage.

And with the warmth of the last few days, peas, beans, kohlrabi, celery and fennel are now taking off after a long period of shock.

In the “Sonnen-acker” project of the solidarity community Brucker Land, so-called bifang, i.e. narrow fields, are leased to citizens. There are ten Sonnenacker in the district, the largest is in Kottgeisering. Everything here revolves around the hard work of the gardener and the joy of harvesting, but also about problems with weeds and animals. The Brucker Tag -blatt reports in loose succession how Simone Frey and her family are doing with their Bifang.

Salad needs to be defended from snails 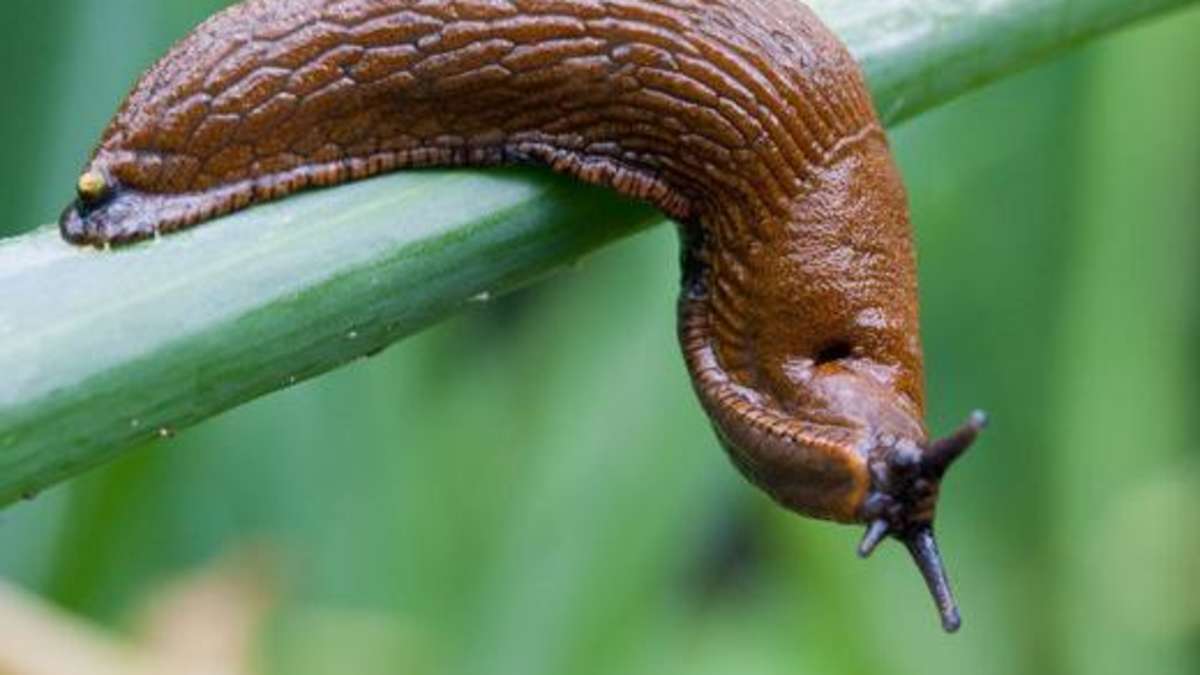 Does this home remedy in the garden put nudibranchs off?

Next to the barbecue: 7 salads that you like on the fire - Walla! Food

Ten minutes of work, no one will feel: "Last minute dessert" of weeks - Walla! Food

In the Eure, this organic market gardener coexists with 100,000 snails!

Turkish, Iraqi and the easiest to make: 7 wonderful boraxes for the weekend - Walla! Food

To mix with them: yeast pastries filled with poppy seeds and marzipan - Walla! Food